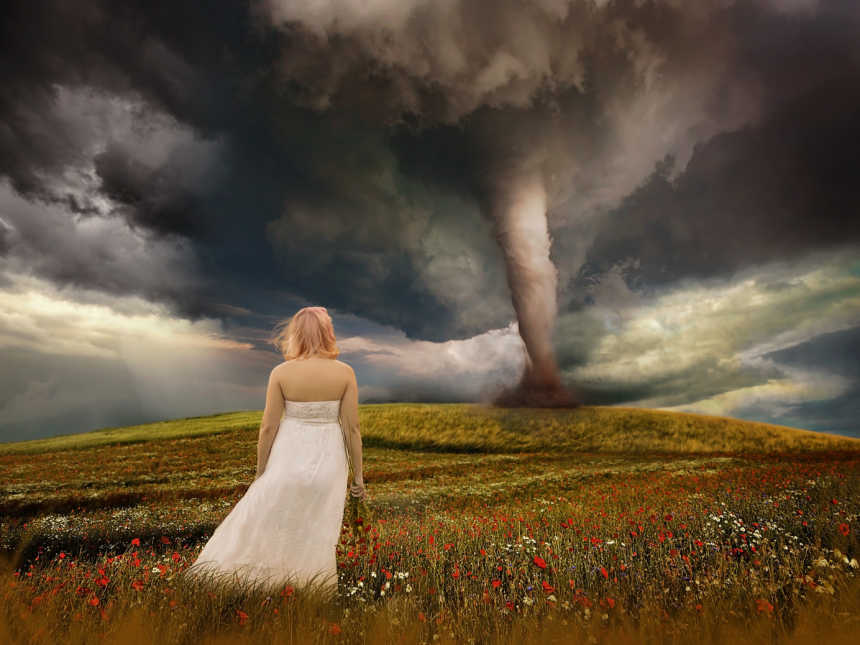 “When I was a little girl I played with baby dolls, like many little girls do. As a student, I would write about what my future would look like; 5, 10, 15 years down the road. It was always the same. I wanted a large house, with a minivan, and 3 (sometimes 5) kids. Always with the girls outnumbering the boys. I still have the stories that I had written. But, my story has changed. My life isn’t what I had always imagined. I have a loving husband, a supportive family, and infertility.

My husband, Eric and I have been together for nearly 10 years. We got married in August of 2013. We started trying to grow our family Christmas of that year. My husband and I have been trying to conceive for 52 months/ 63 cycles/ 4+ years. However you decide to count it, it’s a long time.

In February of 2014, I started a ‘pregnancy’ journal. I wanted to explain to my future child how wanted and loved they already were.

December 2014 brought about my annual gynecology appointment and I asked the nurse practitioner who did my exam what she suggested. It had been nearly a year since we started. Her suggestion: ‘wait a few more months, have some alcoholic drinks over the holidays, and try doggy-style.’ Not exactly the answer I was looking or hoping for. With everything looking normal ‘down there,’ we continued to try without any luck. I tried every over-the-counter vitamin, acupuncture, and myth pertaining to becoming pregnant.

In September of 2015, I decide to research an OB/GYN that actually specializes in female infertility. My first visit with her brought so much relief. She was more concerned. She giggled about the futile attempts I had made, telling me ‘that’s cute’ when I mentioned the acupuncture. But, she made me feel at ease. After blood tests, and ultrasounds, and HSG for me; and a semen analysis for my husband, she felt I wasn’t ovulating. I was put on Clomid to help me ovulate. The intense emotions that came along with Clomid were overwhelming (like PMS x1000) but going to be so worth it.

Six months later and still nothing. In February 2016, I researched fertility specialists in the area and decided on the best one. In April 2016, I scheduled an appointment with a world renowned Reproductive Endocrinologist. Then, I canceled. I was scared. I wanted answers, but was more scared to know the truth. After a couple of months, with internet diagnosis’ I had diagnosed myself with, new vitamins, and reaching a weight loss goal I had set for myself, I decided I was ready to reschedule that appointment.

In August 2016, I scheduled and kept my first infertility appointment. The doctor was amazing on that first visit and I had no idea why I was so worried. He performed an internal ultrasound and even showed me the screen explaining everything. Then he ordered blood work. More blood work, more ultrasounds, more tests that completely invade my personal space and make me feel vulnerable. But everything was going to be ok. I’d be a mommy in no time.

When I went a week later for the results, my husband came with me. This time the doctor didn’t have the same demeanor. He sat behind his desk with my paperwork. My mouth was dry, I was scared. My husband sat next to me. We had no idea what to expect.

The doctor started talking. My numbers weren’t good. I could be in early menopause.

I have diminished ovarian reserve. Few eggs, poor quality. After two and a half years we finally had a diagnosis. It took everything I had in me to not break down crying right then and there. My husband grabbed my hand. The doctor proceeded to tell us how he recommended IVF, and the rest is just a blur. I saw his mouth moving but I was not hearing him. I’m not processing. I’m just numb.

We were ushered out of his office into another office. They handed us paperwork, quoted us thousands of dollars for a procedure that would only give us a 4%-18% chance of even working. Then, we left. During this time my husband kept looking at me, expecting me to break. I didn’t. We were in the car and pulling out of the parking lot before the tears started to fall.

It has been over a year since I’ve been diagnosed with Diminished Ovarian Reserve (DOR). 20 months, 26 cycles (yep 26), 33 pregnancy/birth announcements. I have had ZERO pregnancies, ZERO babies, and ZERO luck.

Since the diagnosis, I had a second consultation over the phone. She told me I should seek a second opinion local to me. Have more blood work done and see another doctor.

But, I’m broken emotionally. I haven’t found the strength to seek more answers. To have more doctors tell me that I will never me a mommy.

Infertility is the loneliest feeling in the world. You can be in a room full of people, elbow to elbow, but you’re still alone. You can have the strongest support system of friends and family, who’ve done their research, or struggled to get pregnant then finally did, but they still have no idea what you’re going through. Infertility is a loss. The death of a dream. And if you haven’t gone through it, you will never understand it.

This is why I reached out to Abbie Fox at Foxy Photography. I had found Abbie early on when we were trying to have a baby. I hoped that someday I’d be able to have her shoot a picture of me telling my husband we were pregnant, and then our maternity pictures, and delivery. But, it ended up being an entirely different photo shoot all together.

I needed my voice to be heard. I needed to show people what I was feeling, because there are no words for a grief so strong. People always say a picture is worth a thousand words, and I needed that. I just needed one word.

Abbie was amazing. Having dealt with infertility and suffering a miscarriage herself, we just had an unspoken bond. We went through the photo shoot mostly silent just knowing what the other was thinking or feeling. We came across engagement photo shoots, wedding photo shoots, and family photo shoots out there as we were doing ours. It was hard seeing everyone laughing, smiling.

Since the photo shoot, I feel like I have become a voice for infertility among my peers. I don’t hide my story, I share it. I want other women to know that they are not alone. I started a blog Beyond the Poppyseed. I’ve had women from all over the world reach out to me. Thanking me for being open, and not afraid to speak up. I’ve had one woman tell me that I say the things she’s afraid to. These women are afraid to even tell their families. I want women to know that infertility is not a bad word. It is not something to be ashamed of or hide from. It has become a huge part of my life, but it does not define who I am.

The hardest part of infertility is never knowing if I will be a mommy.  They say, ‘Always a bridesmaid, never the bride.’ How about ‘always the Auntie, never the Mommy.’ It doesn’t have quite the same ring, but it’s still sad nonetheless. I would never wish this empty feeling on anyone.

My hope for the future, is that the doctor was wrong. That there are bigger plans for me. That somehow I will be able to have a rainbow baby photo shoot. That maybe some doctor, someday, will say, ‘I can give you more than a 4% chance of IVF working. Until then, I continue to pray, hope, and be strong. Be a voice.”

This story was submitted to Love What Matters by Victoria Nemergut, 33, of Atlanta, Georgia.  Submit your own story here, and subscribe to our best stories in our free newsletter here.