“I’m a mother-of-three and used to think the baby years were the most challenging. The sleepless nights, the colic, the sheer exhaustion of being Every Single Thing for another human being not only to survive, but thrive. Now, two of them are teens. Communication during these years often feels more like a full-contact sport than something that I always hoped would come naturally.

I’d been trying for years to come up with a way to approach conversations with my teens that didn’t end in frustration, tears, or slammed doors by one or both of us. It took a chat with a friend on how she approaches her team at work that nearly guarantees all parties walk away feeling heard before the elusive lightbulb moment happened.

‘When someone on my team needs to talk to me, be it about something personal or professional, my first question to them is always, ‘Is this a listening conversation or an action conversation?’ she said. ‘It forces me to approach the two in very different ways. If it’s a listening conversation, the value I bring is just that – to listen. My mind doesn’t need to go to a place of solution. I don’t need to do anything more than maybe ask a couple of clarifying questions,’ she said. ‘When the conversation is over, I let them know we can schedule time a day or two later, and I can offer my opinion if they want it. That’s it.’

An action conversation, she said, is very different. Both parties enter into the conversation knowing, and agreeing, that there will be a back-and-forth. The requestor is seeking immediate advice and should be prepared for someone else’s opinion.

Sure, this may work with professionals in a work setting, but teens? I seriously doubted it. Research has shown the rational part of a child’s brain isn’t fully developed, and won’t be, until around the age of 25. Teens tend to approach situations from an emotional position, where adults have the ability to think critically. That chasm is never more on display than when I try to talk to my teens about, well, anything. It turns out I lacked the faith that, if given a set of ground rules, they could approach a conversation in a way that took emotion, ulterior motives, and defensiveness out of the equation.

We talked about the new approach and they agreed to give it a shot. What I’ve learned after trying it for a couple of months is that it’s much harder for me to shut up and not shove my opinion down their throats or try to solve their problems for them than I thought. I figured they’d be the ones unable to play by the ground rules, but it was a big lesson for me as well.

It’s also helped me understand that 9 times out of 10, my kids (all of us, really) just want to be heard. Most of our conversations have been of the ‘listening’ variety. Kids, especially teens, need a safe space to get out big emotions and download their thoughts without fear of being reprimanded, interrupted, or dismissed.

My 16-year-old recently came to me upset over a fight with a friend. In the past, I’d have listened briefly and then told her to just call her friend and make things better. She has anxiety and would typically stew in the guilt and worry over the fight for days, so I thought my advice would alleviate that. But when I really listened with no agenda, it turns out this friend has been making her feel ‘less than’ for months. Glossing over the problem isn’t the solution and it isn’t what’s best for my daughter long-term. I’m not sure I’d have ever learned the nuances of their relationship if I didn’t just sit there and listen.

This new approach has also made our family feel a bit more like we’re on the same team, which, if you have teens, you know isn’t easy to achieve. I feel like I understand them better; how they think and what’s important to them. Parenting isn’t for the faint of heart, but this approach seems to have made our communication better. And that is a gift.”

This story was submitted to Love What Matters by Julie Scagell. You can follow her journey on Facebook at Julie Scagell, Writer. Do you have a similar experience? We’d like to hear your important journey. Submit your own story here. Be sure to subscribe to our free email newsletter for our best stories, and YouTube for our best videos.

‘As our children become teens, they tell us THEY WANT independence. That THEY NEED it. They tell us they are grown up. That we are suffocating them.’

‘You hold on tight. Somehow 20 years isn’t enough. When it’s time for them to go, it all hits you like a ton of bricks.’: Mom of teens urges us to ‘soak it all in’ during younger parenting years.’

Do you know someone who would benefit from this story? Please SHARE on Facebook to let them know a community of support is available. 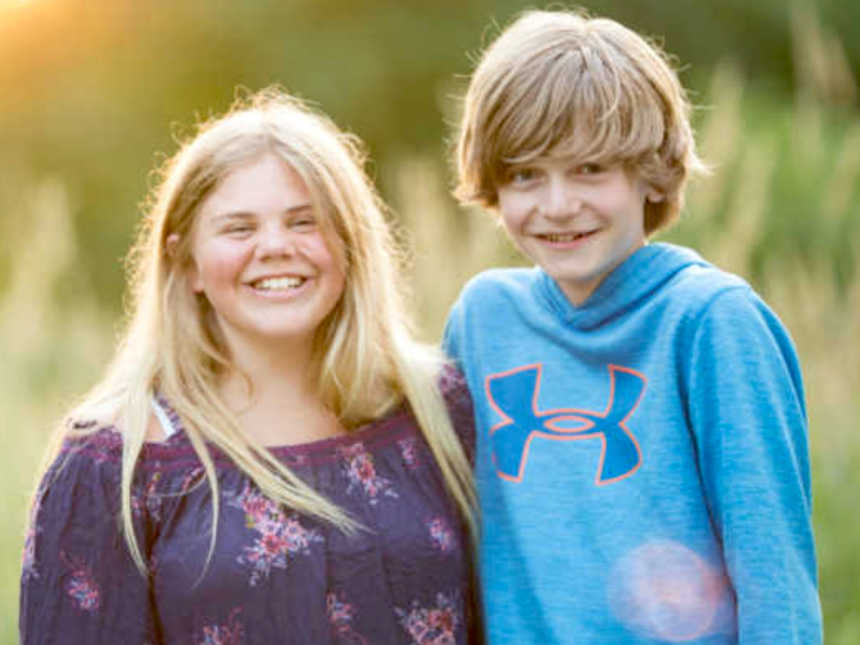 ‘Will is gay! Mom, I’m the first person to know!’ I immediately got nervous for him.’: 12-year-old gay son comes out, celebrated with epic outpouring of support from ‘Pride Tribe’

“My 12-year-old daughter appeared in the kitchen after school. She started a conversation the same way she always does – ‘MOM! Guess what?!,’ except this time it wasn’t followed with, ‘Kate likes so-and-so’ or ‘Mrs. O gave us so much homework!’ This time, her face lit up. ‘He told me first!’ I was happy her friend had confided in her, but I was scared for Will. I asked if he’d told his parents yet. The answer was ‘No.’”

“‘Adopt him. You’re supposed to be his mom. You’re the one. Tell your dad. Tell him now.’ My dad visited me in dream. I was standing in a white room. He walked towards me holding a baby wrapped in a light blue blanket. He handed him over, smiled and kissed the baby’s head. When I woke up, I knew.”

Dreams really do come true. Back in May of 2018, Victoria Anthony was a 12-year-old girl from British Columbia with one mission and one mission only: to sing live with her favorite singer in the world, Pink. It just so happened that the Grammy-winning pop singer and mother of two was prepping to perform in …