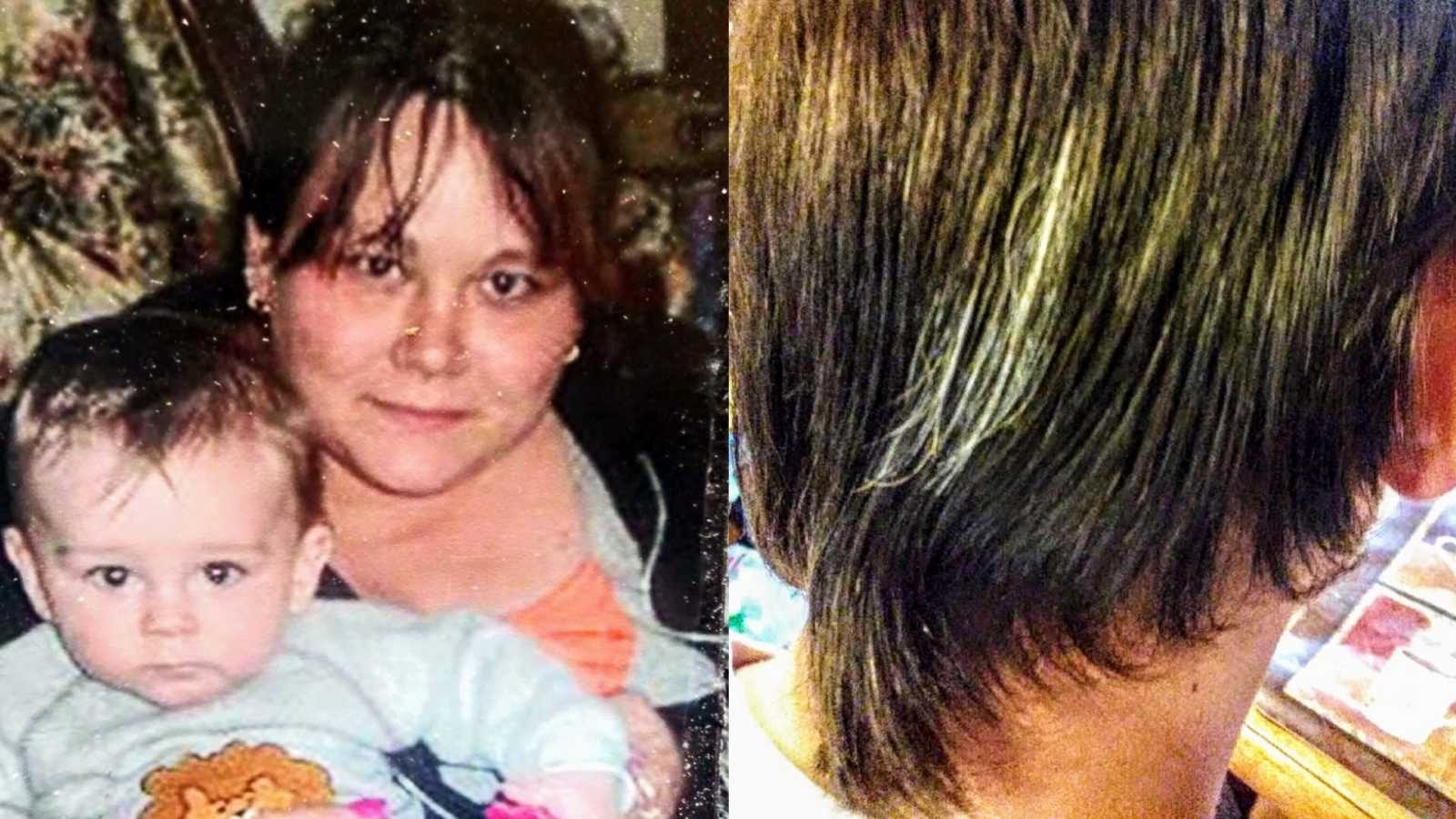 I have been the helicopter mom, the soccer mom, the single mom, the sick with cancer mom, the advocate of special needs children. There is nowhere to run, nowhere to hide from society’s standards. We must, each and every one of us, look deep into the depths of our soul in order to change all that is wrong in the world.

My son Daniel is now 14. He has entered the dilemma of the teen dream years. I say this with love, and a growing frustration with society. Daniel opts to wear jeans and a hoodie, even in the 100-degree Florida weather, to cover his secret.

Daniel began his school years already diagnosed with Asperger’s, ODD, ADHD, and a speech delay that has had him in therapy since he was 2 years old.

Last summer, I was sitting on my front steps while my boys rode their bikes.

They pulled up in front of me on their make-believe motorcycles when I noticed something strange on Daniel’s knee. A white patch. It was the size of a dime at the time and honestly looked like an old scar. When I asked him what happened, he replied, ‘I don’t know.’

As time went by, we moved into a new house. I knew if we were going to live, I needed to find LIFE. We moved all the way from Indiana over to North Carolina, and, finally, Florida just two years later. It was then that I noticed my boy had some very serious spots. As Daniel’s skin darkened in the beautiful Florida sun, there were parts of him that remained very white. He grew taller over the next few years and, as he grew, so did his spots.

I remember questioning him a few times, but we both had no clue what was happening. When kids at school asked if anything was happening to him, he shrugged his shoulders and said, ‘Not that I know of.’ Then, one day, I went into a hysterical panic. I noticed a few strands of white hair on my young boy. He was only 13! I was terrified, panic ridden, and phoned his doctor. I didn’t know what was going on or if he was seriously ill. All I knew was I needed an appointment immediately.

When the receptionist asked what the problem was, I said, ‘My boy is 13 and has WHITE HAIR!’ They scheduled him for the next day. I promptly marched him in as any terrified mom would do and impatiently waited for the doctor. We waited in a small exam room with friendly dinosaurs. This alone made me sick; my boy was no toddler. Would they take our concerns seriously?

The doctor looked him over, head to toe. She told us that his breathing was not restricted and his heart sounded okay. ‘His ribs are curving inward,’ she added. ‘You can get cosmetic surgery to turn his rib cage out, but I don’t recommend this.’ Could there be anything else going on with my son?

I remember nearly yelling at her, ‘Yes, BUT HE HAS WHITE HAIR!’ She asked about family history. That’s when I began to reflect. I realized that some of my cousins had spots too, although they were much more prominent. When I was younger, I always thought that because their dad was black and my aunt was white, the DNA just didn’t mix well. I was really so naïve. And that is when she mentioned the word for the first time: vitiligo. A condition where patches of the skin lose their pigmentation. She handed me a prescription for a cream that would not cure him, but ‘might’ slow down his turning white. She also gave me a referral to a dermatologist.

When I took my boy home, I grabbed my laptop. Google was my friend and I thought it would have all the answers. But I quickly discovered that it did not and that there is not much known about my son’s condition. I shared the little information I could with him and asked if he had any questions, which he did not. In fact, he really acted like he did not mind. The boy did not care if he changed colors, which was a big sigh of relief for me.

But the kids at school cared. That is the problem. When my son is not brown from the Florida son, he is a light olive tone. Around his eyes are a bright white or purplish color. Many of his classmates would ask, ‘Did you get hit in the eye?’ Come summer, he is very dark brown and his eyes, parts of his face, neck, and knees are pale white.

One day he came home from school and said, ‘Mom, they keep pulling my hair.’ The kids keep thinking he has paint or white out in it, so they take matters into their own hands and try to pull it out. ‘Hey! That’s my real hair,’ he tells them.

I wanted to get inside my boy’s head and really know what he was feeling. So I asked. It really can be that simple. I wanted to know how he would approach his differences. I offered to dye his hair for him or shave it off, whatever it took for him to feel okay. But he declined my offer.

‘My hair is SO cool!’ After all, all of the best anime characters have white hair.

Too often, we as parents fail at one thing and that is simply ASKING our children HOW they feel. Truth be told, he is okay. He is different and he loves it. Regardless, I am so glad I asked.

It has been a year since Daniel’s diagnosis and pigmentation loss. As he grows, I’ll be there every step of the way, making sure he is comfortable in his own skin.”

This story was submitted to Love What Matters by Caroline Briggs of Tampa, Florida. You can follow her journey on her blog here and Facebook here. Submit your own story here, and be sure to subscribe to our free email newsletter for our best stories.

‘At the pool, a boy screamed, ‘Look at her feet!’ Embarrassed, I quickly ran away. I had to hide my secret. I was the only girl in 6th grade wearing it. I felt I had no choice.’

Spread the message that it is okay to be different. SHARE this story on Facebook with family and friends.