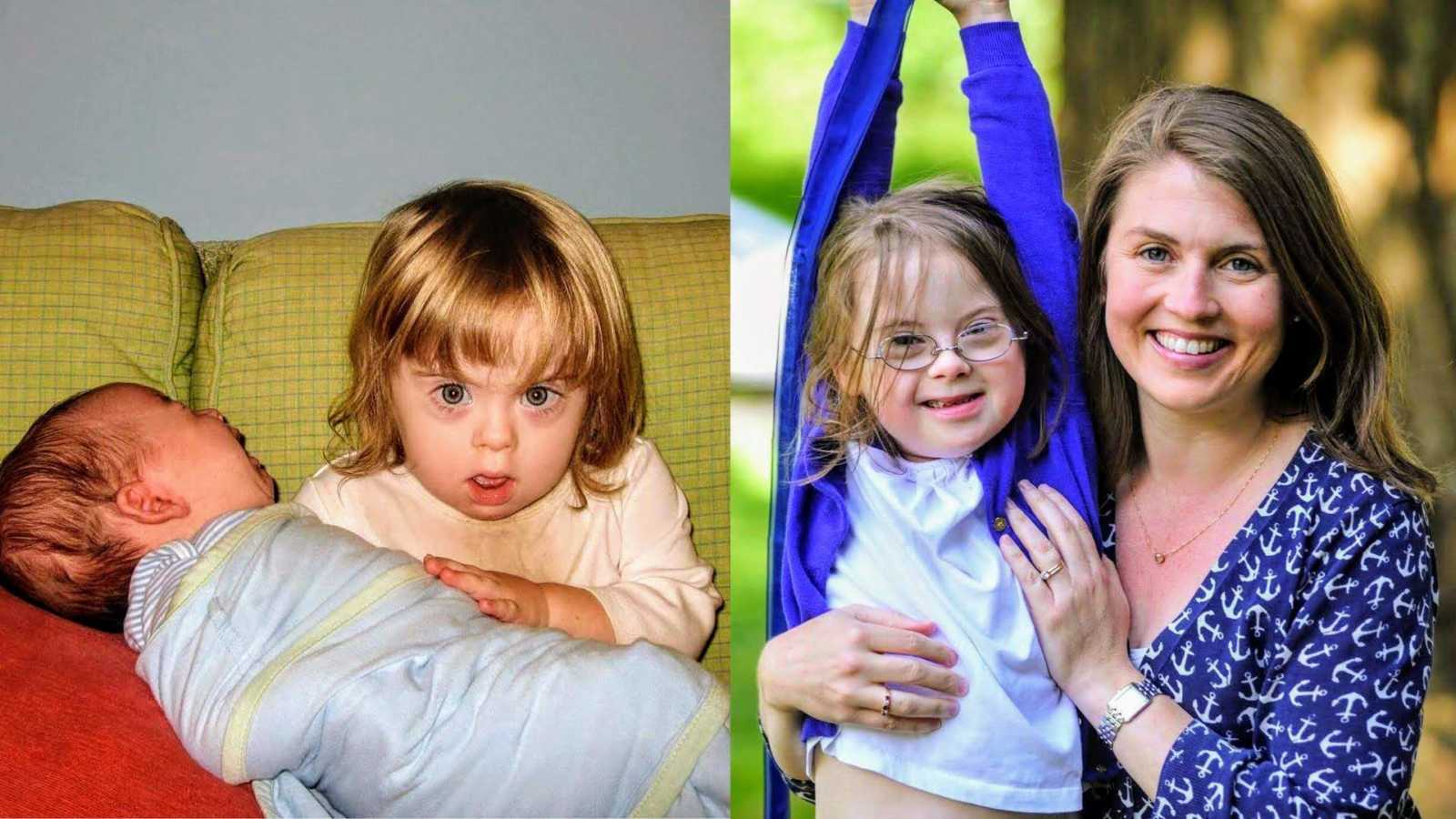 “As we wrestle with ways to love and care for each other across differences, I want to share some helpful definitions of terms that have helped me break down the differences between exclusion, tolerance, inclusion, and belonging. I’m writing here in terms of disability, but these concepts apply to changing any system that excludes individuals or communities.

Our daughter Penny was diagnosed with Down syndrome at birth nearly 14 years ago. When she was born, I was afraid she would be rejected by peers, teachers, doctors, and our society more generally. But I soon learned that the vast majority of people in our society are open to Penny, and to people with Down syndrome and other disabilities.

Despite those good intentions, people also often have questions about Down syndrome, and they often feel awkward about asking those questions. They aren’t familiar with people with Down syndrome, and they often feel as though they don’t know how to welcome people with Down syndrome. There’s a disconnect between intention and reality for many of us. As a result, Penny sometimes gets sidelined from activities or events, not out of ill-will, but out of difficulty knowing how to welcome her.

For as long as Penny has been in my life, I’ve been thinking about how to welcome diverse people into communities. Over those years, I’ve learned from others about how to create welcoming communities. I’ve also learned the history of people with disabilities within the United States. And of course, I’ve reflected on Penny’s personal experiences. I’ve begun to see that there is a spectrum of welcome, a progression, from exclusion to belonging.

Last week, I drove past  the Southbury Training School, a huge brick structure set back on a large lawn about thirty minutes away from where we live. I happen to know the history of this institution that once held thousands of residents. It was in places like this that many families were encouraged to send their children with Down syndrome at birth or during childhood. The large institutions like this one across our nation provide a picture of exclusion.

Over the years that Penny has been in my life, I’ve had multiple people tell me stories of family members they never knew about. One friend talked about discovering he had an aunt with Down syndrome that his mother had never mentioned. Another told me about how she never had a chance to really know her sister with Down syndrome because she had been institutionalized so young. Another discovered she had a brother with Down syndrome as an adult, after her father died. I first learned about the Southbury Training School when reading an article about the playwright Arthur Miller, who never publicly acknowledged his fourth child, Daniel, who had Down syndrome and lived in institutions like this one for most of his life.

People with Down syndrome, mental illness, and other forms of disability were often sequestered from the rest of society and therefore excluded not only from community life but also from education and opportunity. And as the stories of these family members testify, the exclusion not only often did harm to the person with Down syndrome, but also to the entire family system.

When it comes to American history, over time, society began to move away from exclusion of people with disabilities. In the early 1970s, parents chose to take their children with Down syndrome home from the hospital and keep those children at home rather than institutionalize them. Legislation like the Individuals with Disabilities Education Act was passed in the mid-70s that mandated children with disabilities, including children with Down syndrome, have access to public education. These social, educational, and legal changes helped to move the whole society from exclusion to tolerance.

If exclusion is negative, then tolerance is neutral. The institutional structure doesn’t change. But it also does not actively exclude. The message of tolerance: ‘We tolerate your presence here.’

Inclusion is the manifestation of a desire to welcome someone else into an institution or community. Most schools and places of worship desire inclusion these days, but actually moving to a posture of inclusion takes deliberate action on the part of the institution. Inclusion is movement from ‘we tolerate your presence here’ to ‘we want you to be here with us.’

To give one example, when Penny was going into first grade in New Jersey, the administrators recommended a self-contained classroom. She would be with other kids with disabilities all day. She would be offered support and given an education.

But when we moved to Connecticut, Penny went into a typical first grade classroom, supported by a paraprofessional as well as various therapists. As a result of this school’s inclusion, Penny had the opportunity to learn and grow in and amongst the wider community of her peers.

Inclusion has brought many positive goods to our society, and not only to the people who were previously excluded but also to the people at the center. Inclusion is awesome, and we are grateful for it.

When Penny was little, she attended what was called an ‘inclusive preschool,’ where kids with special needs learned alongside their typical peers. Penny was the only child with Down syndrome in that class. Some of her friends were on the autism spectrum. One used a wheelchair. Others hadn’t developed spoken language yet.

One of those typically-developing peers had a birthday party, and before the party, her dad talked to each parent. He wanted to know all the allergies, all the phobias, all the ability levels represented in the group. He structured the food and the activities around who these children were and what they could do.

As it turned out, not every kid wanted to ride the pony that this dad had hired for the party. And not every kid loved the gluten-free cake. But those details didn’t matter. What mattered was his desire for every kid not just to be included, but to belong.

Vanderbilt University Professor Erik Carter writes and speaks about what it takes for people with disabilities to feel a sense of ‘belonging.’ As he explains, no heroic measures are needed. No special programs. No huge budget increases. Just a sense of welcome, care, and reciprocity. Neither inclusion nor ‘belonging’ are legislative acts (though legislative acts paved the way for these possibilities). ‘Belonging’ is not a policy. It is a posture of welcome.

Belonging emerges out of a deep desire not just to include the ‘other,’ but to love and be loved.

True community does not end with inclusion. True community—and the ability to both understand our common humanity and embrace what we learn from each other through our diverse identities

The message of belonging: ‘We are not us without you.’

True community does not end with inclusion. True community—and the ability to both understand our common humanity and embrace what we learn from each other through our diverse identities—comes when we give and receive to one another in such a way that it transforms all of us. This sense of belonging can be cultivated in schools, churches, friend-groups, and virtually any other communal structure.

The message of belonging: ‘We are not us without you.’

Many of us who find ourselves at the social center want to build relationships of trust and care with people who have been marginalized. Tolerance is one step, and inclusion another. But for those of us who want to exist in diverse communities where people of different abilities are able to flourish side by side, we need to learn how to move from communities of exclusion to communities of belonging.”

This story was submitted to Love What Matters by Amy Julia Becker, and originally appeared here. You can follow her journey on Facebook and Instagram. Submit your own story here and be sure to subscribe to our free email newsletter for our best stories.

Read more about Down Syndrome: