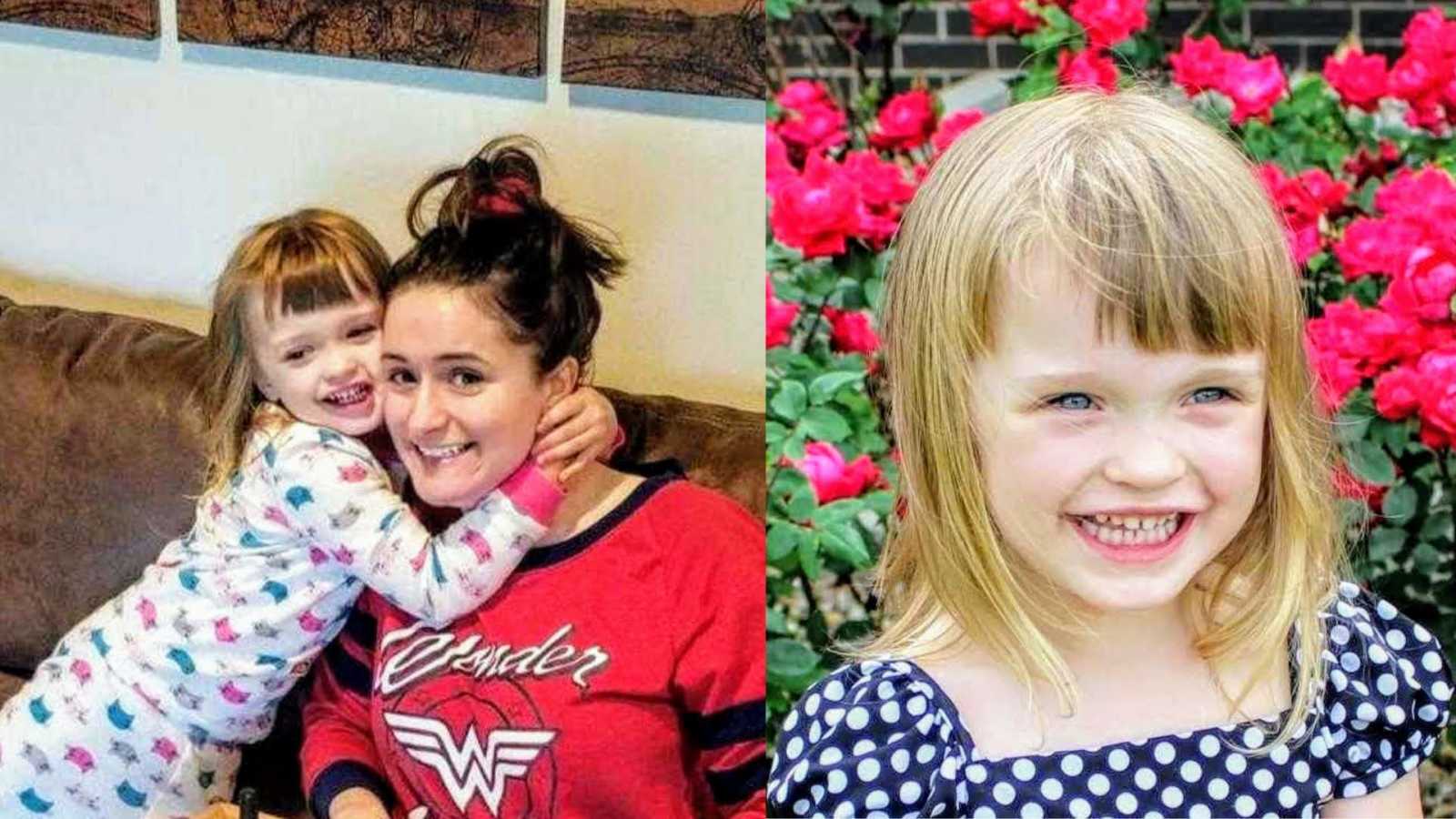 “It started innocently enough. On our weekly trip to the library for preschool story hour, I spotted a Mother’s Day book on display and grabbed it as an afterthought. I had no idea of its plot, nor the beautiful chaos it would birth.

I saved this particular read until Saturday’s bedtime, apropos to its name, The Night Before Mother’s Day by Natasha Wing. I read it to my 4-year-old, her big blue eyes scanning each picture feverishly as she hung onto every word. When my husband tucked her in, she whispered to him something conspiratorially. I knew what was coming – not only because of her unintentionally and comically loud stage whispers but because she is, in the truest sense of the word, a sweetheart.

My only request for this Mother’s Day, my fourth so far, was to sleep in. Alas, I was outbid by preschooler anticipation. It was just after dawn when I was wrenched out of bed and pulled into the living room where an illustrated spa coupon and foot bath awaited.

As I stuck my feet in the tepid water, her dancing eyes locked onto mine and her mouth stretched into a proud, tiny-toothed grin. She waited ten seconds – time immemorial to a 4-year-old – and dunked in her stubby feet too. But as quickly as they splashed in, they splashed out. It was time for my manicure!

‘Mama, you have to have rainbow nails,’ she insisted. Each color was applied with diligent concentration.

Afterwards, she squirted out a half bottle of lotion, a little bit of which even made it to my feet. The rest is a memorable stain on the living room rug.

We moved on to my face mask. ‘It feels like worms!’ she squealed, cringing as she dipped her itty bitty fingers in the bowl. But she was ever the professional, applying the thick clay to my entire face, even my eyelashes and eyebrows.

Cucumber slices were added my eyes , however, it was the second batch because she ate the first two. ‘Oops!’ she confessed. The temptation had been too great.

After my facial, it was time for a relaxing drink. A juice box emptied into a daiquiri glass. It was carried to me from the kitchen, the sticky pink liquid sloshing out of the glass with each slow shaky step. When it finally made it to me, I savored my sip. It was the last I would get, as she’d worked up quite the thirst herself.

My spa appointment ended with a shoulder rub, three tight squeezes and then I heard the the quintessential catchphrase of preschoolers everywhere… ‘My turn!’ The spa day started over for her pampering, all except for the face mask. It felt like worms.

If you had told me four years ago that I would be penning an essay about my thoughtful, agreeable, kind daughter, I’d probably have burst into tears at your callous joke. For as indisputable she is as a sweetheart now, she was equally indisputably a fussy baby then.

Looking back, I think she just didn’t like being a baby. She cried unless she was being walked, jiggled, or otherwise in a constant state of motion. (I had never been more tempted to run red stoplights in my life.) The only piece of advice that ever gave me relief was from a fellow mom who assured me that fussy babies make the sweetest kids, as long as that fussiness is met with love and understanding. She claimed their fussiness is a side effect of their extra sensitivity, they just feel everything so much more intensely. But, she vowed, that same sensitivity would one day make them empathetic, creative, and kindhearted. I believed it. I needed to believe it. I was a sleep-deprived new mom with an overworked husband and no family nearby. It became my mantra, whispered to myself on the darkest of days when I desperately needed a light at the end of the tunnel.

And then I forgot about it. She became a toddler and once she could move by herself, the fussy days faded away, eventually segueing into a preschooler who never fails to wake with a smile and a morning hug for everyone. Who insists on helping with every chore. Who charms perfect strangers at the supermarket. (Those flowers on the end table? They weren’t a Mother’s Day gift, they were gifted by a nice woman who overheard her oohing and awwing about them.) Who can’t wait to give kisses, even with food in her mouth. (Have you ever had a pickle kiss?) And who plans a Mother’s Day surprise that is without a doubt the best gift I’ve ever received.

I hope that every mom believes their preschooler is a sweetheart. It’s probably easy to picture when you have one of those babies who sleeps soundly in a carseat while you do your errands or go out for sushi.

But for those moms out there with a purple crier, reading this with swollen eyes and aching arms, let me assure you – fussy babies do indeed make the sweetest kids. ”

This story was submitted to Love What Matters by Jen Estes of Hillsboro, Illinois. You can follow her journey on Twitter here and her website here. Submit your own story here and be sure to subscribe to our free email newsletter for our best stories.

‘My daughter saw a spa day on TV and asked if we could ‘belax’ and have one too. After some contemplation, I thought, ‘Why not?’ 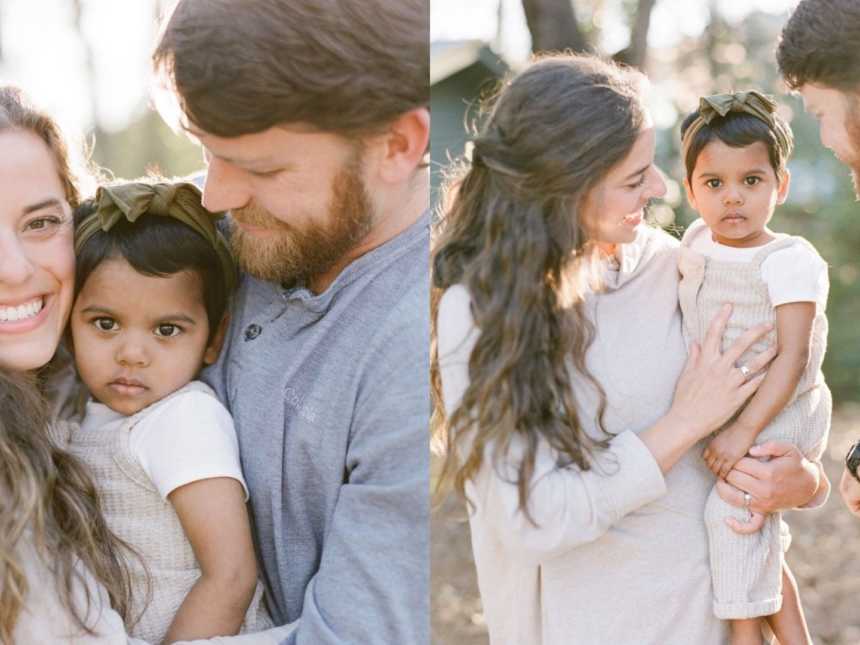 ‘We saw the beautiful face of a precious 2-year-old. It was as if our souls knew, deep down, she was ours. We said YES.’: Couple shares international adoption story, ‘It’s surreal’

“We were presented with an opportunity. For some reason, we felt hesitation in our gut. ‘Why wouldn’t we do this?’ Exactly one year later, God birthed a new dream.”