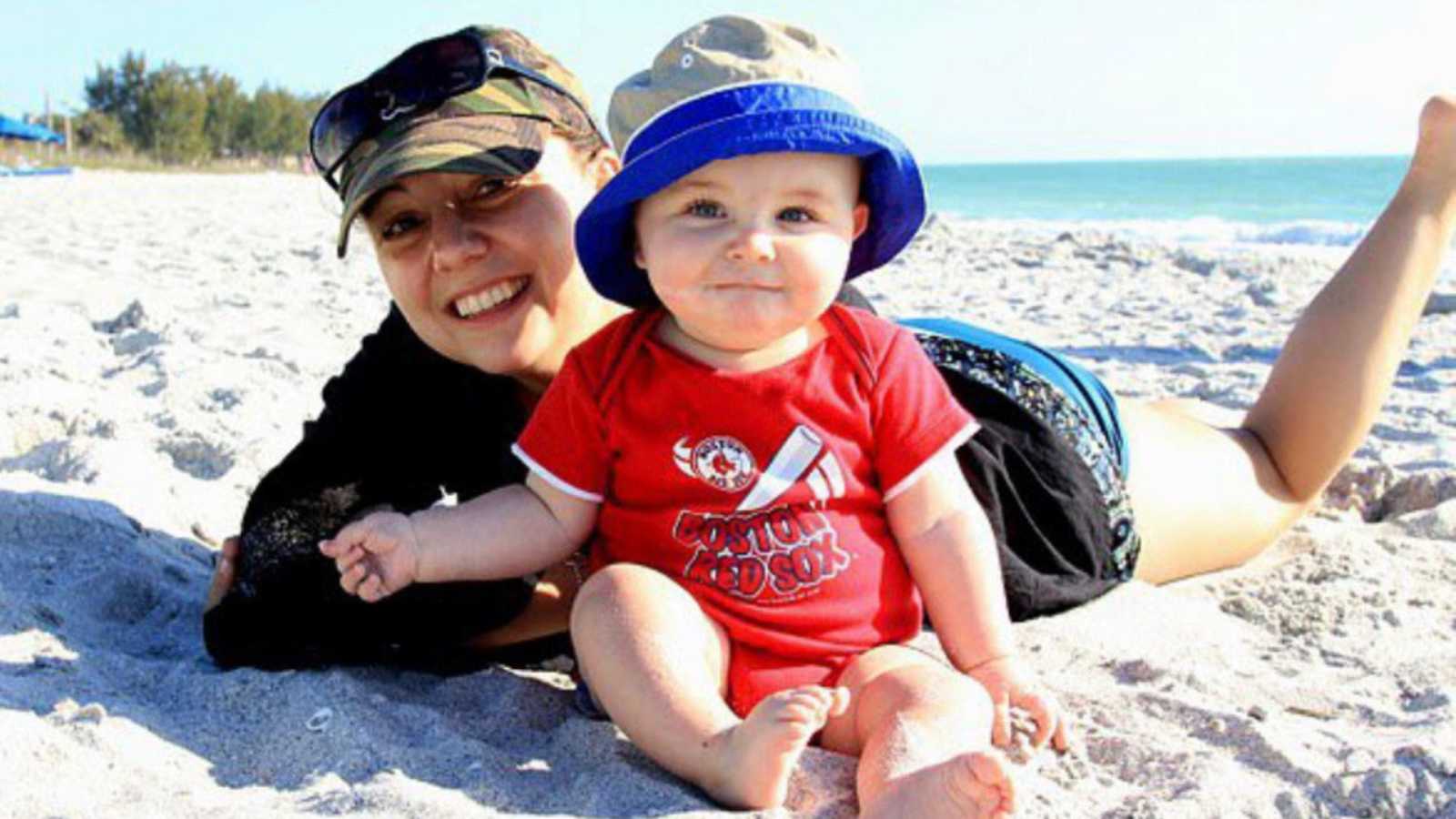 “It’s been about 8 years since I was ‘officially’ diagnosed. But I can trace issues I had well before. Severe hair loss, skin rashes, random bouts of dizziness, lack of period, many, many pregnancy losses and even a tumor on my pituitary gland. But 7 years ago it got its official name…Lupus. I wasn’t even scared or upset upon learning of the diagnosis as I didn’t fully understand the ramifications at that time. Now I do.

I always had strange health issues on and off which I blamed on anti depressants, stress, a weak immune system, you name it. It wasn’t until I was trying to have my first child and required fertility treatments the doctors really started delving into my health. Luckily for me it only took me a couple rounds of IUI to get pregnant with my first child, Ryan, who was born in a fairly normal way with a fairly normal pregnancy.

When my husband and I decided to have a second child is when the sh*t proverbially hit the fan. Miscarriage after miscarriage and we had no answers. Each loss was another blow to my heart. I felt like I was a failure as a woman and to my husband. Not until then was I referred to a rheumatologist who found markers in my blood which linked to possible autoimmune disease. Seven pregnancy losses and multiple different fertility treatments later I started to really encounter physical symptoms. I gave up on having a sibling for Ryan. My fatigue was debilitating and I had severe joint and nerve pain. I won’t forget a few instances where the nerves in my legs burned and itched so badly I was crying and rubbing off my skin until it bled. Only pain medication at the ER could touch it.

I began to get extremely short of breath and found pleurisy or inflammation in my lungs. I was rushed to the hospital when I was almost positive I was having a stroke because half my face became numb and I was unable to speak. More than once I visited the ER because I couldn’t breathe. I experienced a horrible case of shingles on my face and head that lasted longer than it typically should. I had to be admitted any time I had a fever over 101. Yet nothing was ‘officially’ wrong with me. When my rheumatologist was able to match up three different blood markers with all of these symptoms combined she was able to give me the diagnosis of Lupus.

At the time I was going through a friendly yet still emotionally difficult divorce. Trying to navigate single motherhood with this new disease that had no cure was devastating. There were times I was on extremely high doses of steroids that gave me anxiety, irritability and sleeplessness. Other times I went through IV infusions of a Lupus drug which kept me in bed for days, weekly iron infusions for severe anemia and even a chemotherapy drug all of which left me bedridden a great deal of the time. At one point my white blood cell count was so low I was pale as a ghost and had to wear a mask to take a plane ride to see my son.

My son was about 5 years old when I was in the thick of it, and it was all I could do to be awake for him, let alone be present mentally. I felt like I was being a mom only through his dad and his babysitter while I watched from the sidelines. Sun is like my kryptonite to this day and makes me sick with fever, mouth sores, and can even damage my organs. I would sadly be forced to observe my son from a distance under my umbrella while he played in the ocean with others. I felt like I was watching his life pass from afar and I couldn’t join in.

There were many times I would overdo what my body could take just to show him I was a good mom and was able to have fun experiences. I would regret it later, sometimes for weeks with illness or pneumonia. But I was determined to create memories for him and be the mom I thought I should be, no matter what it took.

In a time of desperation about 2 years ago I started really researching diet, herbs and supplements. I made tons of changes, some which helped and some didn’t. But it was enough at least to put me into a decent remission where I am now. Yes I still rely on medication but I can function enough to attend his school functions, go on trips with him and have a day or two out and about.

I still have a few days of physical regret after this but it’s nothing like the old days. I occasionally get sad at times – for instance, this year’s mother’s day card said, ‘I love when you play games with me when you are healthy.’ That crushed me. I don’t want to be the ‘sometimes healthy and fun’ mom, I want to be the always great mom, whatever that may mean.

I’ve come a long way with this disease. But you know what? It’s ended up changing me in an amazing way. I can honestly say I appreciate much smaller moments in life and instances that might not mean as much to most people on the day to day. I am thrilled on the days I can now work as I was unable for many years. I revel in the times I can go away with my son even if I do need to go to bed early with him. I never take for granted the small accomplishments in my life as simple as being able to walk farther than normal, rescue another cat, or be silly and crazy dancing around with my son. Because before, I couldn’t do any of that, and now I am so thankful for all I CAN do. I have made a community of Lupus friends on Instagram and now I use my knowledge to help others who are suffering. I thought Lupus was the devil but maybe, just maybe, it’s turning out to be an angel in disguise.”

This story was submitted to Love What Matters by Becky B of New York, New York. You can follow her on Instagram here. Do you have a similar experience? We’d like to hear your important journey. Submit your own story here, and be sure to subscribe to our free email newsletter for our best stories.

Read more inspiring stories of those living with illness here:

‘Dear future husband, from your chronically ill wife: ‘Please don’t abandon me when I need you most’

‘At 12 years old, symptoms began to manifest. I had joint pain in my knees and mouth sores on my gums. Food gave me belly aches. Aside from winter colds, I never was sick.’