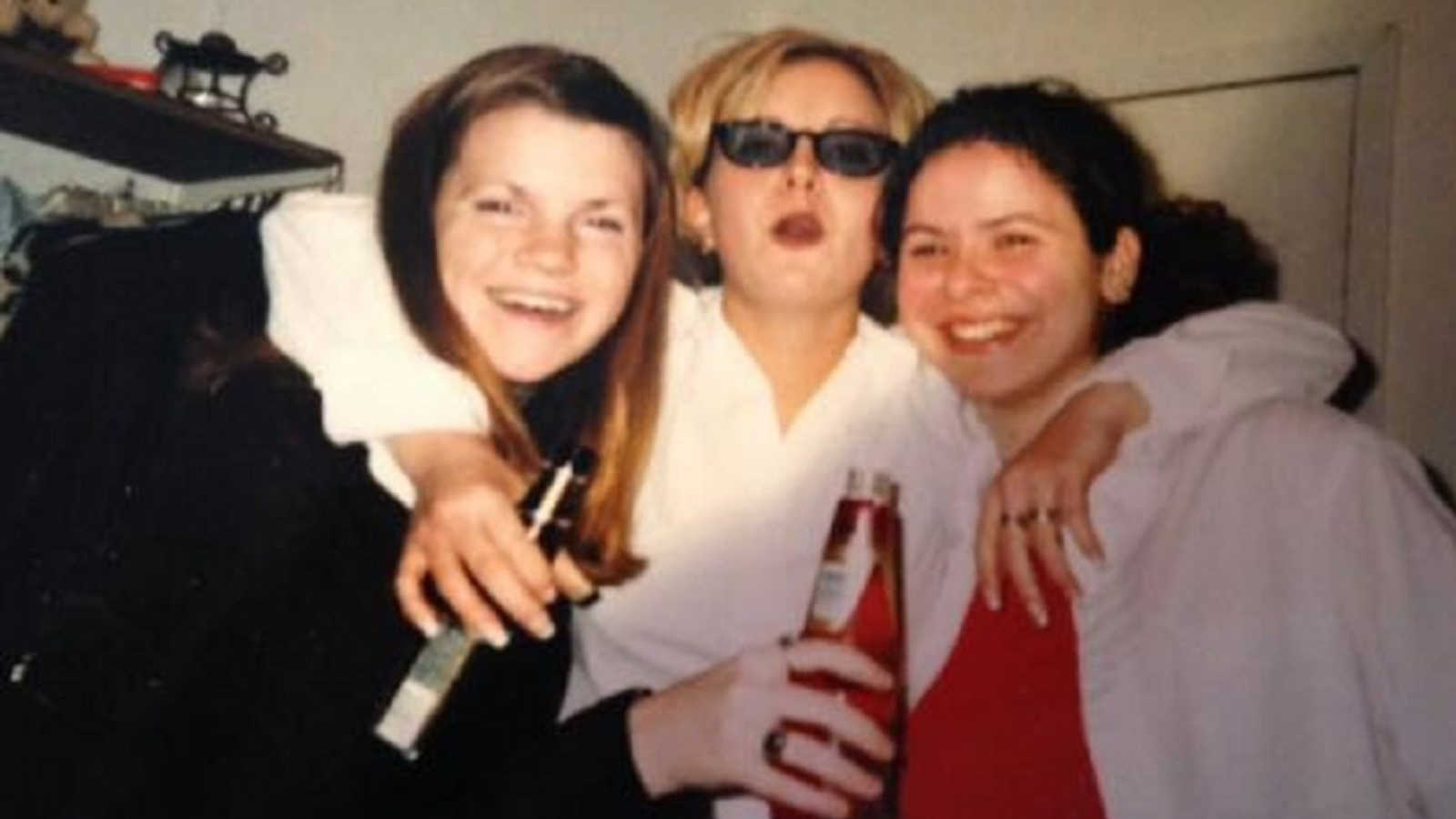 “Oh, hey there, girl! It’s me, YOU, in 2019! Sorry about tucking you away in a drawer at Mom and Dad’s for a couple of decades, but I am so happy to be seeing you now, and LOOK at you!

That smooth hair took literally no effort, did it? And, is that a wine cooler in your hand? Say no more. I can tell it’s strawberry daiquiri–flavored from its iconic redness. Also, judging by the thinness of those eyebrows — which is basically carbon-dating for photos in this era — that there is a tiny butterfly clip holding your hair in place somewhere, isn’t there? Good for you, keeping up with fashion and stuff!

I know there is a lot you want to know. However, if ‘Back to the Future’ taught us anything as children, it’s that knowing too much about your future is dangerous. Just for fun, I’ll let you in on a couple of little things that shouldn’t wreak havoc on the space-time continuum:

First of all, that ear-splitting internet dial-up sound? Gone! People are going to have the World Wide Web on tiny handheld computers they carry around in their pockets, and these things can basically do everything your Tandy 1000, a landline, and a private detective can — instantly. The world’s information is at our fingertips. But, we mostly just use it for video games and rumor-spreading.

Oh, and Donald Trump from the hotel and the board game and the Pizza Hut commercial is president, but now I’m off topic, and this isn’t why I’m writing to you.

I just wanted to drop a line, because one day in 2019, you’re going to come across this picture, and it will stop in your tracks: Your once smooth hair will be piled wildly on top of your head, you’ll be wearing zero makeup, and your shirt will have two giant, sequined parrots on it. Don’t assume you’re just grabbing the mail or hitting a drive-thru either. Nope. You’re literally spending the entire day this way — running errands, meeting friends, taking the kids to jujitsu — all within plain sight of the general public. And it’s not even going to bother you a little because you’re a mom, your family is counting on you, and you know if you get any weird looks from people, they’re probably just jealous of your sparkly parrots.

I wish I had some sage advice about pursuing your passions, about writing and traveling more, but every choice you made landed you right here … and it’s awesome.

I don’t want to spoil anything, but those fun and carefree friends with you in that picture? You have eight kids between you. And you’ll keep in touch with them from a thousand miles away, through a portal on your pocket-Tandy that we future-people call ‘social media,’ but that’s all in due time.

Savor being dangerously unreachable, young one. There are just a few precious years left before you stop caring about fashion altogether and can still take an actual vacation. Have another Bartles & Jaymes for me. And for crying out loud, brush your bright red tongue before you leave the house. We had standards!”

This story was submitted to Love What Matters by Lindsay Chamberlin, a Florida mom who writes for College Park Community Paper, where it originally appeared.

‘Aren’t you sad you never had a girl?’: Mom of 3 ‘wild boys’ hilariously breaks down how #BOYMOMS have ‘earned’ their exclusive title