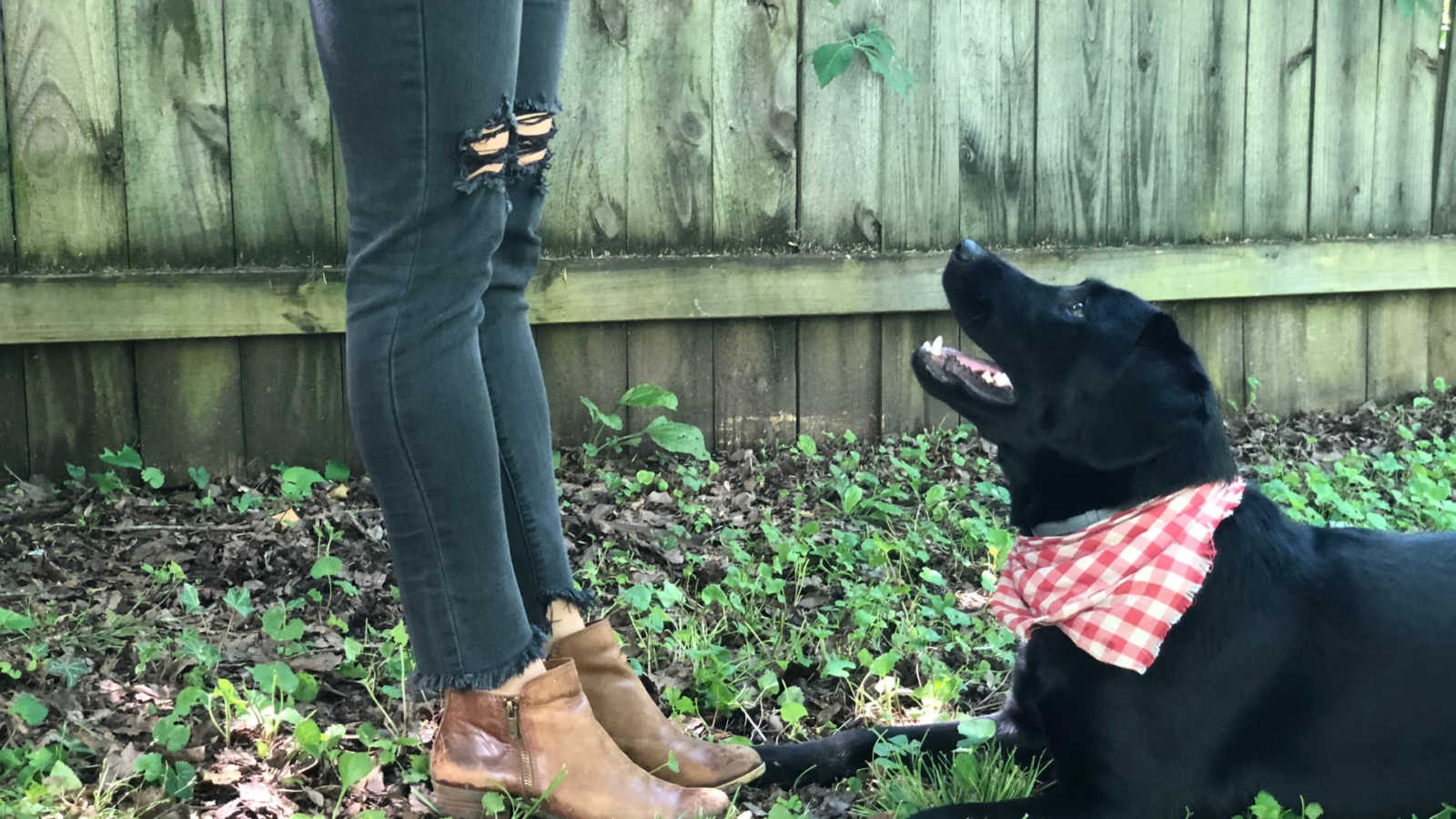 “I was getting ready to leave the house to go meet a friend for coffee and after that I had back-to-back meetings and commitments for the rest of the day. I slid the backs onto the post earrings I had chosen, little square smoky quartz, and reached for a chunky knit sweater. Just as my head popped through the top, I began to pull the sweater down until it gently fell to its resting place right around my hips. I caught the quickest glance of my stomach and my thighs before they were covered and thought ‘Oh wow, my thighs look huge in these jeans.’

The next five minutes I spent trying to change the illusion of what I had just seen, pulling up the waist of my dark jeans a little higher, smoothing out the denim hoping that may give the twins a slimmer appearance. I pulled on the hem of my sweater a bit, pulling it down a little further than the widest part of my thighs, hoping once again to give a thinner illusion.

A long cardigan that would come down well past the widest portion of my thighs and my butt was an option I considered, along with a statement necklace that would surely distract anyone from noticing the breadth of my thighs. As I turned to survey what my closet held that may be a better choice, no sooner than the initial thought of ‘Wow my thighs look huge in these jeans‘ swept in, another one entered, and I thought it with just as much certainty ‘There is nothing wrong with your thighs, Meredith.’

I turned back around, took one more glance in the mirror, tugged on my sweater in a few places, and took off out the door.

When I was in counseling in high school there was a period of time where my counselor, Sissy, and I talked a lot about destroying the tapes that play over and over in our heads and creating new ones. These tapes are ones we record at some point, which at times play incessantly repeating all sorts of negative and destructive things like;

‘You’re not quite good enough.’

‘Your legs aren’t as slim as hers are.’

But whether you’ve actually been diagnosed with an eating disorder or not, the psychological piece, the voices, the tapes that play over and over again, they don’t discriminate.

The brain noise, as I like to call it, which are negative thoughts you think without even wanting or intending to, those thoughts and voices don’t separate those that have eating disorders and those that don’t. If you’re a woman, you’re prey.

I went on about my day, wearing the chunky knit sweater that seemed to fall at just the wrong place with my dark skinny jeans that didn’t make me feel so skinny that day.

The truth I realized that morning standing in front of the mirror is that there is nothing wrong with my thighs.

And the truth is there is nothing wrong with your thighs either.

It will happen again, inevitably, whether it’s my thighs, my stomach, whatever, I will look in the mirror and have qualms with what I see. More than likely, you will too. You’ll put on that skirt you normally look and feel great in and when you look in your full length mirror, all you’ll see is where it clings to your curves in all the wrong places.

This story was submitted to Love What Matters by Meredith Boggs. Follow her on Instagram here. Submit your own story here, and subscribe to our free newsletter for our best stories.