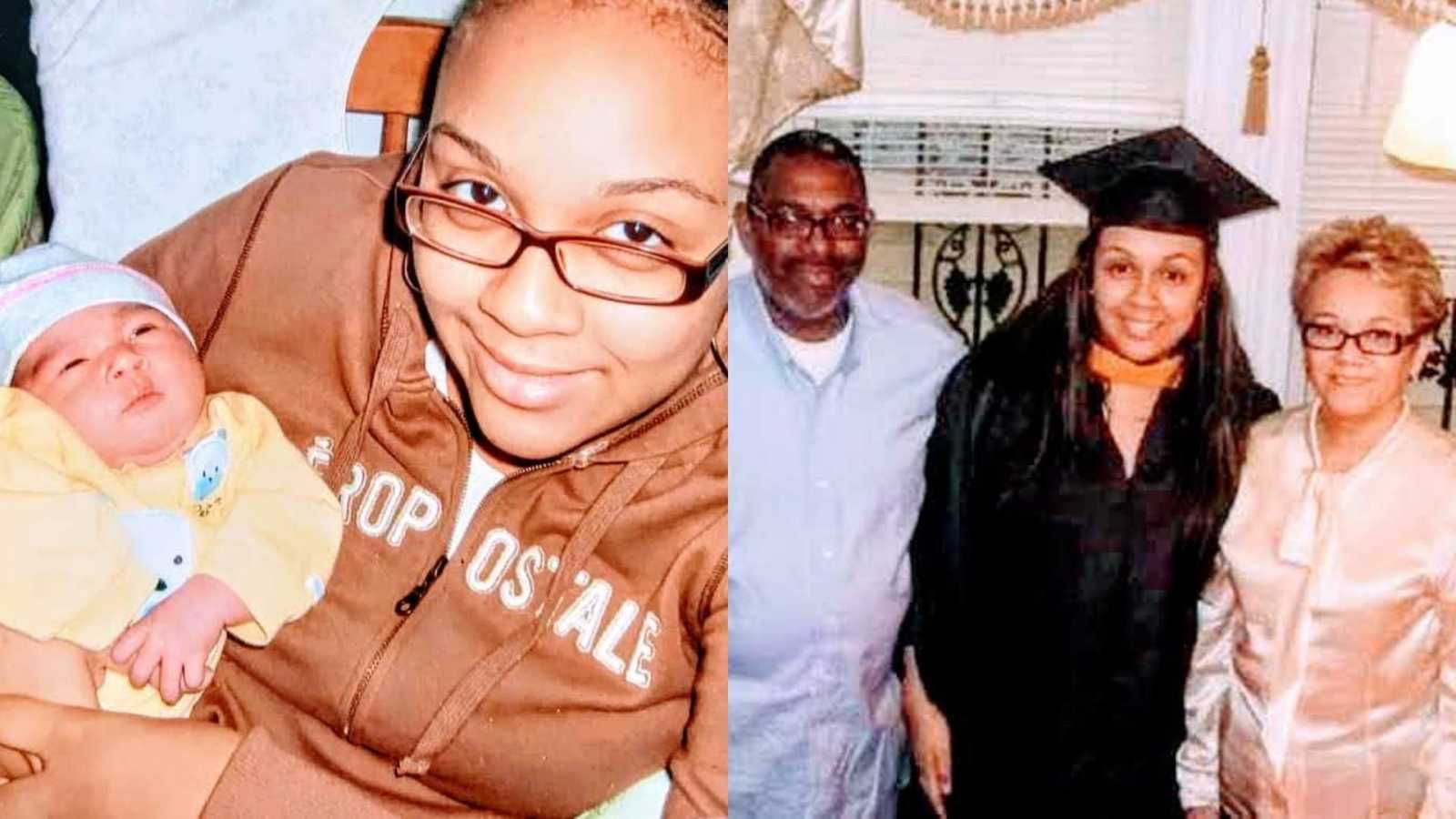 “I was living my best life with no worries or real responsibilities. I was a junior at Mercy College in the Bronx. I was in a pretty serious relationship at the time. When I was 20, my best friend and I, along with our boyfriends, decided to go to Mexico for summer vacation. We had a great time. We had no worries and were enjoying ourselves the most we could. We spent a week in Mexico and then traveled back home to the Bronx.

I was sitting next to my then boyfriend when I noticed my face went numb. At first, I thought it was the high elevation, but it stayed numb the entire plane ride home. Once we got off the plane, we all went home and ignored the feeling. The next day it was gone, so I was convinced it was only the elevation. That September, I was a junior in college. Everything was going great. I was happy, studying behavioral sciences, and everything was just perfect. Then in November, I started noticing I was getting very dizzy as if I were inebriated.

I remember working a part-time job at CVS, and I couldn’t make it the entire day. I kept falling over the shelves and had to go home early. That’s when I knew something was wrong. The next day, I decided to wake up and go to the hospital to see what was going on. After a long day in the ER, the doctor who attended to me concluded I just had vertigo. I took the Discharge papers and left. They did nothing. After a week, I noticed I was still extremely dizzy. I could not write, walk, or even hold a hairbrush without almost falling over. It was absolutely horrible.

I decided to revisit the ER. I knew something was really wrong. This was not just vertigo. Again, I went, I was seen, and I was sent home. They also diagnosed me with vertigo and gave me anti-nausea medicine to see if it would help. I went home still feeling horrible. I was sad and apprehensive because I knew this was not normal. I let three more days pass before I went to the emergency room for a third time. Suddenly, my right side of my body went completely numb. My foot, leg, arm, hand, and face were all numb. When I got to the hospital for the third time, I was adamant about being seen and having every test done to see what was going on with me.

I was my best advocate. My parents and my boyfriend did not leave my side until we received answers. I was admitted to the neurology unit. I had an MRI done the same night. The next day, I had three more MRIs. I was very confused about what was going on. The doctor said, ‘We need to do a spinal tap to conclude a diagnosis.’ I was so scared.

I am all about teaching hospitals, however, I think the medical professional should do specific tests. It was incredibly traumatizing. The next day, my doctor and a few others spoke to us. It’s still kind of a blur, but I remember them trying to explain precisely what multiple sclerosis was. The doctor stated that I will have this forever. There is no cure, and I will have to take medicine for the rest of my life. My parents were strong and helped me further understand my diagnosis. I was confused and shocked this was happening to me. I had moments of denial. I was only 20 years old. Why would this happen to me now?

I started my IV Solu-Medrol the next day. I had to take this medicine to bring down the swelling in my brain. Then, I received news that I wouldn’t be discharged until the day after Thanksgiving. This was incredibly sad news; I needed my family more than ever. I spoke to my doctor and begged her to discharge me before Thanksgiving. She agreed, but I still had to return to the hospital two days after Thanksgiving to finish my treatment.

This was a lot. I was still processing everything when I got home, but I was surrounded by so much positivity and love from my family that I just went on with my life. I knew I had to keep going. I knew this was not going to stop me. I wanted to finish college and receive my bachelor’s degree. That was my goal. I knew MS was not going to stop me. After a couple of weeks, I was supposed to start my MS medication regimen. Beginning after the new year, I was to inject myself each day with an interferon injection.

Along came Christmas. I noticed I had been about three weeks late on my period. I figured it was due to taking different medications and having many MRIs. I took a pregnancy test, thinking it would be harmful since my boyfriend and I were barely active the month prior because of my hospitalization. To my surprise, the pregnancy test was positive. I had just been diagnosed with a chronic illness and now I was pregnant all by the age of 20.

At this point, I had been with my ex-boyfriend for about one year. We were young, still in the honeymoon phase, and had our whole lives ahead of us. He was there for my diagnosis, and there for me once I was home. He was there for me throughout my pregnancy, and he was excited. He was there through it all. I was petrified, but I kept strong. I had a beautiful pregnancy with support, love, and faith. I continued to go to school and decided that I would finish my junior year and take the first semester of my senior year off to take care of my baby. Kayla Marie was born on August 17, 2007. She was 8 pounds, 6 ounces, and she was my baby. My beautiful baby.

Days turned into months. Pretty soon, Kayla was two months old and I was in absolute love with my daughter. My life changed again in the blink of an eye. My life took a turn when Kayla was two months old. Her father’s excitement and joy had turned into anger and boredom. He was not ready to be a full-time dad and a full-time partner. He was 21 and wanted to live an average 21-year-olds life, just not with us in it. He went his way, and I went mine, along with my beautiful Kayla and my amazing parents by my side.

It was hard. It was so hard. I was still so in love with him and always fantasized about having my little family together. I went through severe depression and a series of ‘why me?’ moments. My mom and dad raised my sisters and me to hold on to God always. My faith was challenged when all of this happened to me. My mom would always remind me that holding on to faith will keep me going.

Well, I held on to that faith. As hard as it was, I held on. I eventually graduated from Mercy College in May 2009 with my family and my daughter by my side. Through God’s grace and my fantastic family’s support, I went down a path I am proud of. My daughter calls me a superhero. I told her I just did what I had to do. However, without my faith and my support, I would have been in a very different place.

She’s my motivation, my faith, my light, my grace. It’s not easy being a single mother and fighting an illness. By the grace of God, I have a remarkable family and several friends who have been there through it all. I haven’t been alone. My mom always said, ‘No hay mal que por bien no venga,’ which means, ‘Every cloud has a silver lining.’ She has said this since day one and it registered even more during these trying times. I am beyond blessed with everything in my life and beyond blessed with how my life turned out.”

This story was submitted to Love What Matters by Mely Ortega of Maybrook, New York. Submit your own story here, and be sure to subscribe to our free email newsletter for our best stories, and YouTube for our best videos.

‘I felt the right side of my face go numb. ‘I’m sorry, we found some lesions on your brain.’ At just 20 years old, I was in shock.’: Young woman with multiple sclerosis says ‘I have lots of life left to live’

Do you know someone who could benefit from this? Please SHARE this story on Facebook with family and friends to inspire others to live life to the fullest.