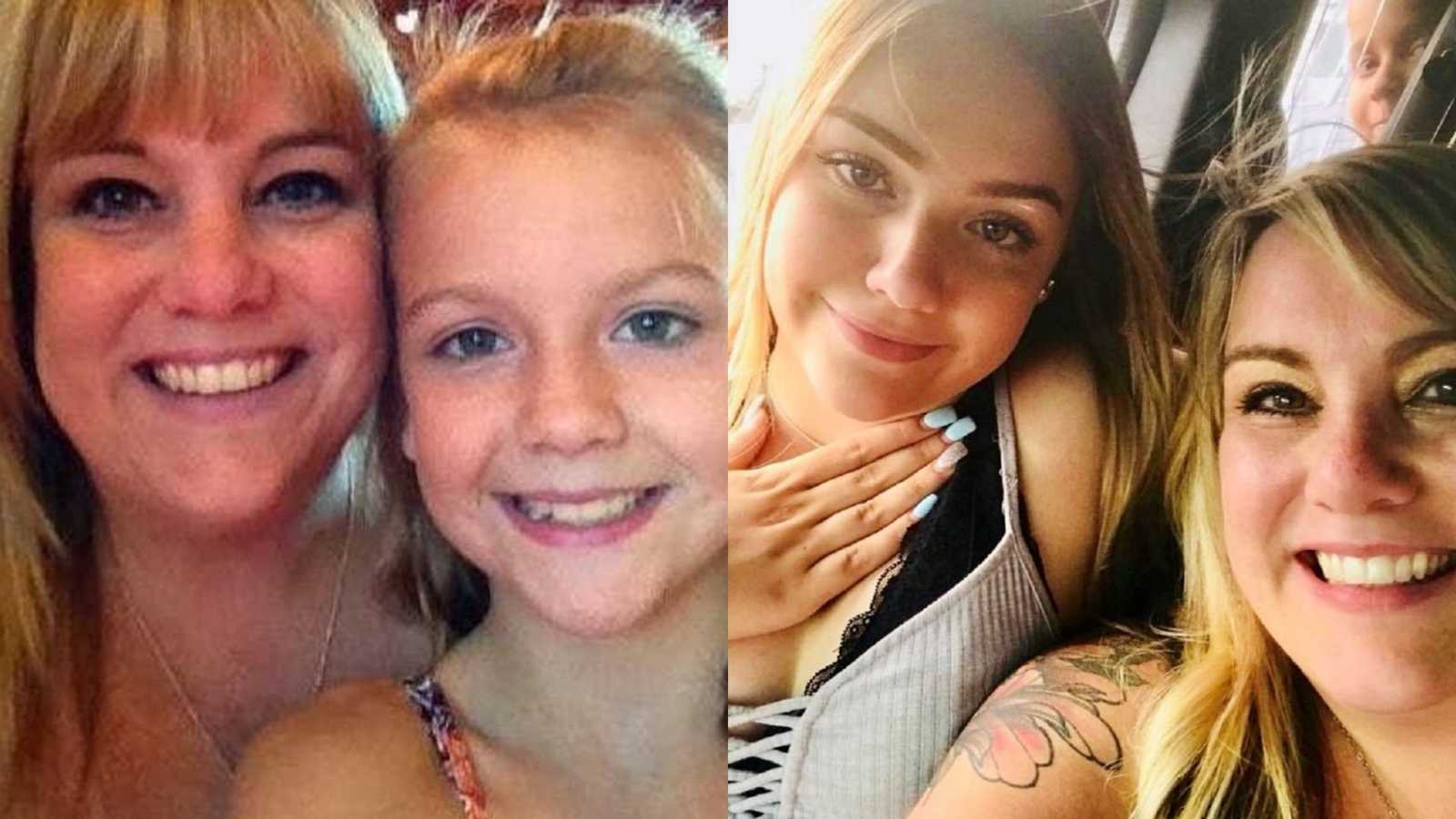 “A few weeks ago, I wrote a humor article about my 16-year-old daughter and her dramatic exit leaving her boyfriend at home as we took off for vacation. While some readers saw and understood the humor in (and remembered your own teenage antics), some resorted to some of the worst name calling I’ve ever read. They ranged from, ‘spoiled brat’ to ‘she needs a life’ to even calling her a ‘piece of sh*t.’ She was attacked, and so was my parenting. I was told I deserved it because I share my stories openly, and that my daughter needs to learn independence and how not to be ‘co-dependent.’

I can’t tell you how many deep breaths I had to take reading those responses. I tried to remind myself that it was a three-minute read, and anybody who judged our entire life over that is somebody who sadly, didn’t take the time to get to know who we were. I also tried to remind myself that you don’t know who she is. You don’t know what kind of person she is, or what she’s been through.

You don’t know how respectfully she sat at his law enforcement funeral or how she held onto the flag of her fallen warrior while forcing a smile and a ‘thank you’ to all the people who patted her on the head as they looked at her with sullen eyes and turned down smiles. You don’t know about how she went back to competitive gymnastics a month later and trained as hard as she ever did and won the state championship that year, in spite of her pain. You don’t know how she sits on the board of a charity that grants wishes for pancreatic cancer patients or how much she promotes awareness in our community or how much her strength helps people. You don’t know about the time that I didn’t want to give a news interview because my heart hurt so bad that day, and how she squeezed my hand and told me, ‘We have to, we have to keep offering hope.’ You don’t know how sweet she is, or how funny, or how charismatic she is, or how she plays with her dogs, or what her laugh sounds like, or how many hugs she gives out on a daily basis to people who need them.

Yet, that day, so many of you were mean. And you were bullies. You were keyboard warriors who just wanted to form and spout off an opinion about a girl you know nothing about. A girl who will become a woman one day, who will have to navigate this thing we call ‘sisterhood’ and who will bring with her a lifetime already lived that she will use to help people.

I believe in the power of women. I believe in supporting each other. I believe in the sisterhood and the tribe and the goodness in all of us. But, I also believe in doing my best to live that life and not hurting people for sport and then turning around and quoting some poet who says we should all do right by each other. I am not perfect by any means. I have my moments. I have my failures. I have my downfalls and sometimes, I’m not nice. But, I do have a band of women around me who pick me up, brush me off, remind me of my worth and assure me that I can do better the next day.

That should have been the response. That should have been the comments. Readers should have searched back in their memory banks to the times when they weren’t the best teenager, or the times when their teenagers were moody or cranky or upset about something. And they should have drawn from that. You should have sent her public messages of support, and I am thankful for the ones who did. Because the ones who could sit back and type out, ‘We’ve all been there,’ well, those are my people. Those are my soul sisters. Those are the kind of women I want to be around and the kind of women that I want my daughters to look up to.

I have taught my children the value of a sense of humor and I let my kids read everything I write before I submit it. They think it’s funny. They don’t see it as me picking on them because they know who they are. They know that most people will laugh along with them, and that’s what they expect, because that’s who they were raised to be.

We were not meant to hurt each other, friends. We were meant to support each other. I am so lucky for the women in my life, including my beautiful, snarky 16-year-old. She’s allowed to have really good, successful days, and she’s allowed to have days where she melts down. So am I. So are you. And, instead of judging or being judged, I hope you offer and receive compassion. I hope somebody is there to give you comfort, and that you will do the same in return.

But, the next time you talk to somebody about sisterhood, or you post that meme supporting women, take a minute to take a step back and ask yourself if you’re really embodying the true meaning of it all, in your every day life, and in your comments on a silly story, or to somebody’s face or even behind their back. You are better than what I saw that day. You are better women than what was written. I know you are, and I still have faith in you. But, you don’t get to judge one another and say you support each other. You don’t get to hurt one another. You don’t get to call names and put other women in a hole and then pretend to know what sisterhood is. You just don’t. Your only goal should be to love one another, and if you can’t, then it is your job to be silent and figure out a way to help. Be better. All the time. Be what a true woman is meant to be to other women. But above all, be an example to the little girls who want to be you one day. Because trust me, they really, really want to be you. Remember, they are watching. Show them what sisterhood is all about.”

‘Do I need to separate you two?,’ the flight attendant asked. Wait. WHAT? I looked up from my magazine, confused. My kid sniffled. ‘Nothing gets better at 30,000 feet,’ she continued.’ 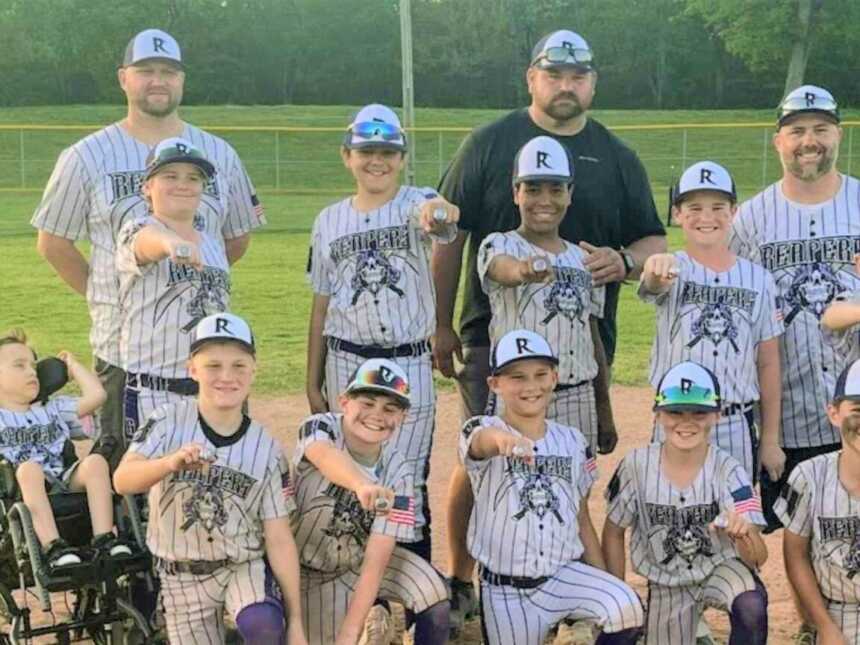 “When we got off the field, I noticed almost every single mom had bloodshot eyes from crying at that very special moment.”