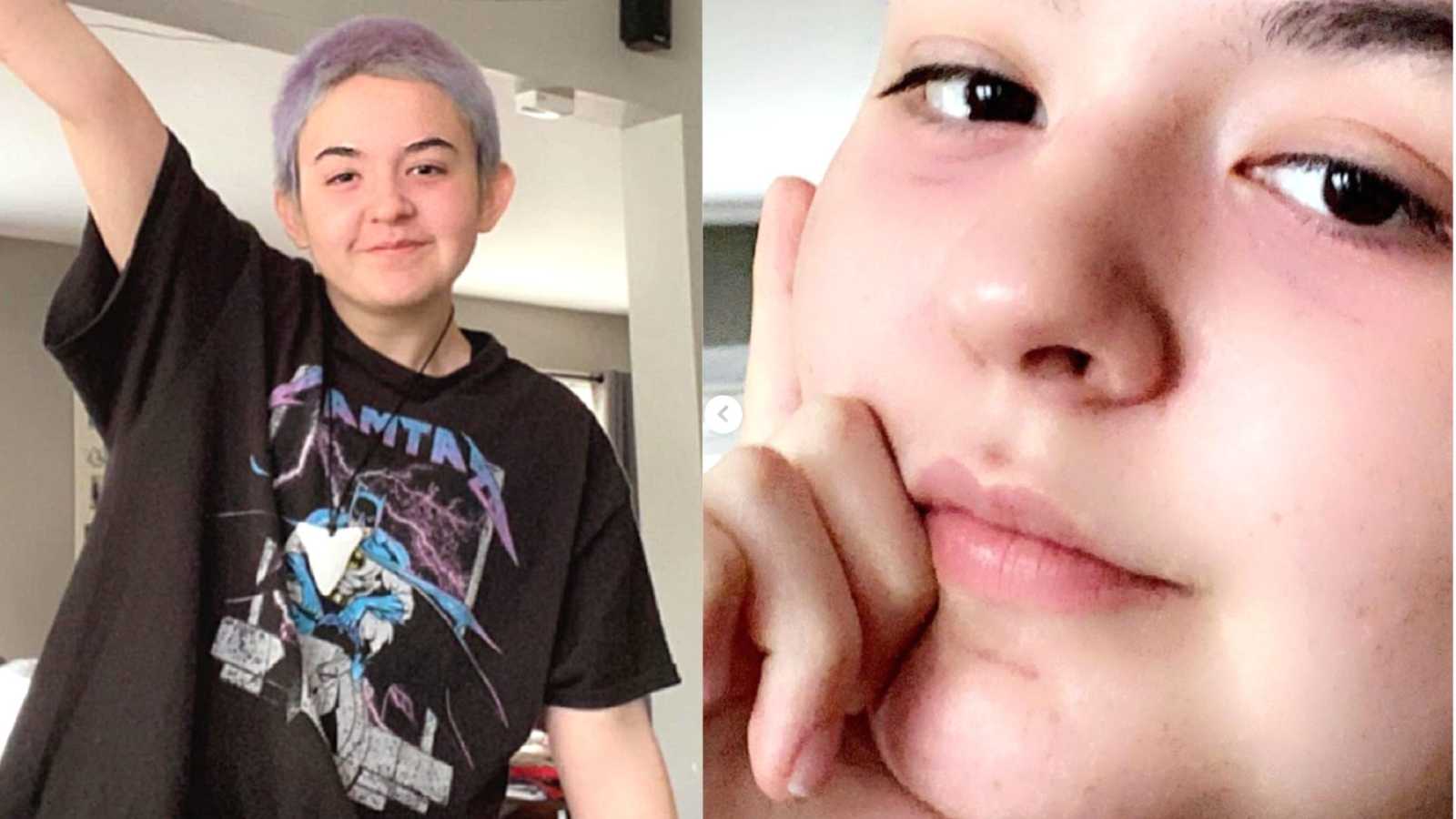 Disclaimer: This story mentions suicidal thoughts and may be triggering to some.

“I’ve had a good amount of psychiatric ER visits. None of them have been very good. The most recent one was due to an argument I had with my mother and an overwhelming amount of stress. The police showed up, spoke with me, and drove me to the ER in an ambulance. They told me I’d just talk with a social worker, and they’d decide how to help me. I was in tears the entire time, afraid because I know what police do to autistic people in crisis, or to anyone- for that matter- in crisis. The ambulance guys were beyond nice, and I was lucky for that.

However, when I got to the ER, they left me in a room with a nurse. She was curly haired and blonde, serious and hesitant with me. ‘Strip,’ she said, ‘you have to wear these paper scrubs.’ I did as I was told, until she asked for my underwear too. ‘Why? Why are you looking at me?’ She was watching, and I asked her to stop. I was uncomfortable and afraid. ‘We don’t want you to hurt us or yourself.’ She wouldn’t look away. ‘What about abuse victims? How are we supposed to feel about you watching us remove our underwear?’ She didn’t answer.

I wore the blue paper scrubs and tried to reach for my phone, which the nurse grabbed away from me. ‘I need to get a number, just let me have it.’ I was angry now. I needed the number, that’s all I wanted- I wouldn’t kill her in the second I was looking for the stupid number. The other nurse let me write it down before they bagged all of my belongings, carried the bags out, and left me alone in the room.

It was a waiting game after that. I was to give them my blood and pee in a cup, and they were to test it and medically clear me. This was simply routine in the emergency room, not my first rodeo, rather my ninth or tenth. The thing is that I was psych- there would be no comforting, no attending. They were afraid of me. And I think this is a common occurrence because they group the drunk patients, the aggressive patients, and the patients who are just sad and want to die together- mentally ill patients, psych patients. Except, really, I was none of those on the outside. I was sad and wanted to be dead at that moment, yes, but I was also stable and on meds and did not have any sort of plan in mind for how I’d hurt myself. I was there because the cops were called to settle a family dispute. I was there because I made statements out of anger and sadness. I gave them no reason to assume that I would be hurting myself. Talk to the social worker and clear it up, that’s all I was there to do.

After being medically cleared hours later, I was given a tablet to talk with the social worker. I gave her my story, my mother gave her story, and she was to speak with the doctor to decide where I would be going. ‘Do you want to die? What happened that you ended up here? Are you safe going home?’ I waited more and found out I was going to be admitted, doctor’s choice. Poof, non-negotiable when you’re a minor. What boggled my brain was I was not, in fact, a harm to myself or anyone else. I was not aggressive, I’ve never been aggressive. They were admitting me because I wasn’t getting along with my mom. And secretly I knew it’s because of my record: four inpatient hospitalizations, more than 10 medications charted in the system, each of my psychiatric ER trips documented. On top of that, I’m 16 years old, and that’s just what they expect from mentally ill teenagers- that we need to be inpatient as soon as we get to the ER. Some of us do, sure, but do you really know what it’s like on a psych ward?

It didn’t hit me right away. Of course it didn’t. It took hours before I realized what was happening. When I finally got it, I freaked out. They were placing me back in a facility where they were going to continue treating me like a criminal, because that is how the system works.

The system doesn’t care about who you are. The system doesn’t care whether you’re aggressive or not because either way, you want to die, and that is incredibly selfish of you. That is what they pushed on me at my nearest mental hospital- that you are selfish for wanting to die, selfish for being sick. They pushed us to think about what WE could be doing for OTHERS, how we could stop acting on aggressive behaviors and recognize how lucky we are, recognize how miserable we’d make people by ending it. They don’t understand suicide. They don’t understand the variations in mental health, the many things that can be wrong. They prescribe Zoloft and up the dosage even when you tell them it’s only getting worse, Zoloft isn’t working. They don’t try with you after three medication changes. They give up when you’re too difficult. Borderline, autistic, ADHD, suicidal, dissociated. The system is not in our favor.

And I know the people who choose these professions choose them for a reason, but they lock you in so tight, none of you are able to see when we need a change. There’s so many of us and you’re tired, you’re just doing your job, what you were trained to do- I get it- but these are our lives and we didn’t choose it, believe me, we are tired too.

I was in one hospital with staff who were there for the paycheck, it was obvious. ‘Sit down. I don’t know when you’re going home, stop asking me.’ I didn’t see a doctor until the fifth day I was there. I was in another hospital in which the doctor was angry with me for not taking a medication that was making me sick, and he wouldn’t take me off of it. ‘This medication isn’t supposed to make you sick, but it is Doctor, please believe me.’ He said, ‘What would YOU do if your patient was being unruly?’ He yelled at me for saying partner instead of girl/boyfriend when my significant other at the time was non-binary- you are just a kid, what’s with all the pronoun stuff? That is all he said to me that session.

Every trip to the ER, they assume I’m on drugs. They assume I’m drunk. They assign me a one-one to watch me while I use the bathroom even if I’m not there for being suicidal. They do not care about you when you are a sick teenager. They care about their jobs, caring for ‘real’ sick people.

The system has failed me. I did not choose to be sick, and I wish they understood. You can be the change for us if you listened and saw us for us, not just a number in the system.”

This story was submitted to Love What Matters by Juniper Gudukoglu from Oswego, IL. You can follow their journey on Instagram here and here. Submit your own story here. Be sure to subscribe to our free email newsletter for our best stories, and YouTube for our best videos.

Doctors Tested For Everything BUT Autism and ADHD

‘My brother pointed out, ‘It’s common for siblings to have it.’ A lightbulb went off in my head.’: Woman with autism raises awareness for neurodiversity

‘Do you want to be my friend?’ They’d laugh and walk away. There were unwritten rules to friendships.’: Nonbinary person shares autism diagnosis

‘What you see on social media is NOT life.’: Young woman discusses mental health awareness, ‘You’re never a burden’