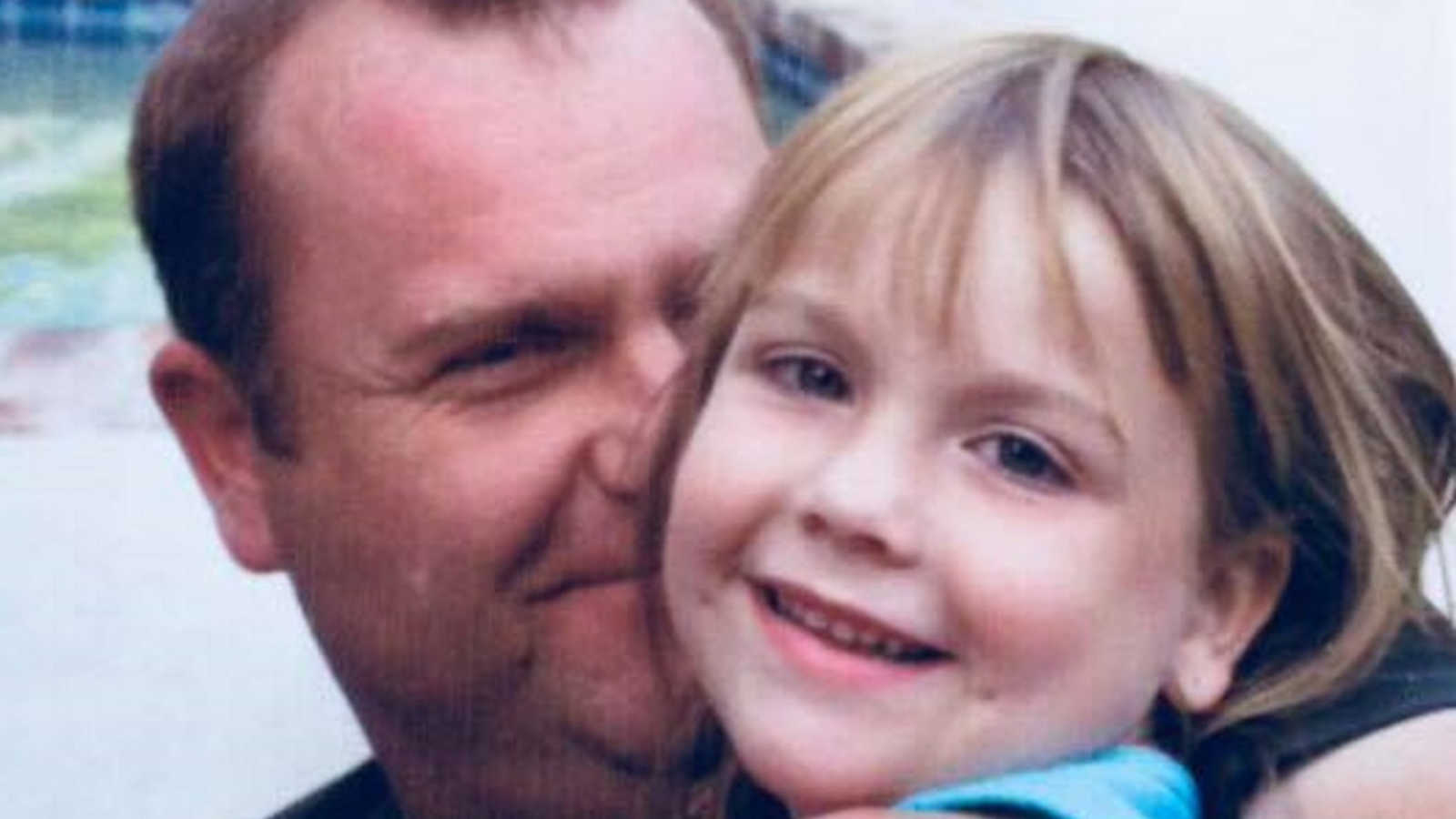 “We often relate the word ‘sacrifice’ with an act that is grandiose. I mean, why wouldn’t we? When we talk about sacrifice, we are usually referring to something like the soldier who gives up his life for his country, or the single mother who works two jobs to make ends meet. But today, I want to tell you a story about a sacrifice I experienced first-hand, yet, it is not an easy story to tell.

After my husband, Chad, was diagnosed with pancreatic cancer, he was found to be a candidate for the Whipple surgery – an intense, dangerous and difficult surgery to remove the tumor on his pancreas. Because so few people are candidates for the surgery, and because so few doctors are truly experts at this delicate procedure, we were advised to get it done at a high-volume cancer center. He chose Johns Hopkins in Baltimore, Maryland; literally across the country from where we lived in Idaho. While we knew it was the right thing to do for him, logistics quickly became a problem. We had very little time to prepare and did not know what to expect.

My mom dropped everything and went to Idaho to stay with the kids, so I could be with him during his surgery and recovery. Recovery, we were told, would be somewhere around 8 days. We planned on that, told the kids that, yet after his surgery he came down with a wound infection and ended up spending two months in Baltimore when all was said and done.

In the days following the surgery, Chad was heavily medicated, confused, scared, and tired. With the exception of the ‘heavily medicated’ part, I was also all of those things. I had slept very little in the weeks prior and almost not at all in the hospital. The chair the hospital gave me to sleep in was small and disheveled, but I was happy to have a place where I could be close to him. He woke up in pain often, and between that and the constant check-in’s by nurses, we both were exhausted. Neither of us ate, and I had a very hard time leaving him for very long. Whatever he needed, whatever he wanted – I just wanted to be there., and to the best of my knowledge, he wanted me there. We walked a lot. Joked a lot. Watched TV a lot.

And, then, on day 10, everything changed. He suddenly became irritated with me. He was upset with me and I did not know why. He snapped at me. He appeared frustrated with me. He was cold. He was distant. And towards the end of the day, he said something to me I never thought I would hear. ‘I want you to leave.’

Of course I didn’t want to go. Of course we argued. Of course I begged him to let me stay. Of course I told him I was going to stay whether he liked it or not. But, at some point it became clear that he was so resolute about me leaving that staying would have been a detriment to him, and I could not take that chance. He wouldn’t speak to me. He wouldn’t look at me. He wouldn’t acknowledge I was even alive.

When I decided to honor his wishes and leave, I took my things, got into the elevator and somehow ended up in the garage of the hospital. My suitcase was bursting, and I had to repack it. I found myself sitting on the concrete floor of the parking garage with my stuff strewn about, trying to fit it all back in. It was then that I started sobbing over the heap of clothes, not once paying any attention to the people who stopped and stared, wondering if they should stop and help. When I was finished, I wiped my face, put my hair in a ponytail and stumbled to my feet. I called a cab and had them take me to the airport.

It was extraordinarily busy that day, passengers bustling all about, trying to leave the area to beat the huge winter storm that was about to hit. I dragged my bag and shuffled to the first ticket counter I could find, and of course, they were sold out. Same with the second. And the third. And the fourth, fifth and sixth. I waited in every line and asked every agent in that airport, none of whom could get me home.

I found a chair, sat in it and I knew at that moment, I had reached my breaking point. I cried. And cried. And cried. I cried so much, so hard, for so long, that a ticket agent finally came over, put her arm around me and told me she would help. And help she did. She got me on a flight – that night.

The next day, I called Chad. I texted him. I emailed him. Nothing. No response. The day after that, I tried again. I checked in with his doctors – I knew he was recovering but he was not answering me. Our daughter, who was 13 at the time, often called and texted him, too, and, because I needed to know if he was at least talking to her, I checked her phone. There was nothing recent, but what I did read – brought me to my knees.

His next text was simple. ‘Do you want your mom to come home?’

‘I will make sure she does.’

Yes, we often think of ‘sacrifice’ as an event that is grandiose. But, I am living proof that sometimes, just sometimes, sacrifice is something as simple as choosing somebody else over yourself. Chad Register proved that to me that day, and as painful as it was, it was a lesson I choose not to forget.”

This story was submitted to Love What Matters by Diana Register. Her bestselling book, “Grief Life,” is now available in print and kindle. Experience love, laughter, loss and hope in this raw, emotional, honest look at grief. You can follow her work on her Facebook page. She has been chronicling her journey with grief in a series of stories for Love What Matters:

‘He thought he lost his wedding ring. We went back in, couldn’t find it. I asked him again where he thinks he lost it. ‘I don’t know. I just heard it hit the ground.’ 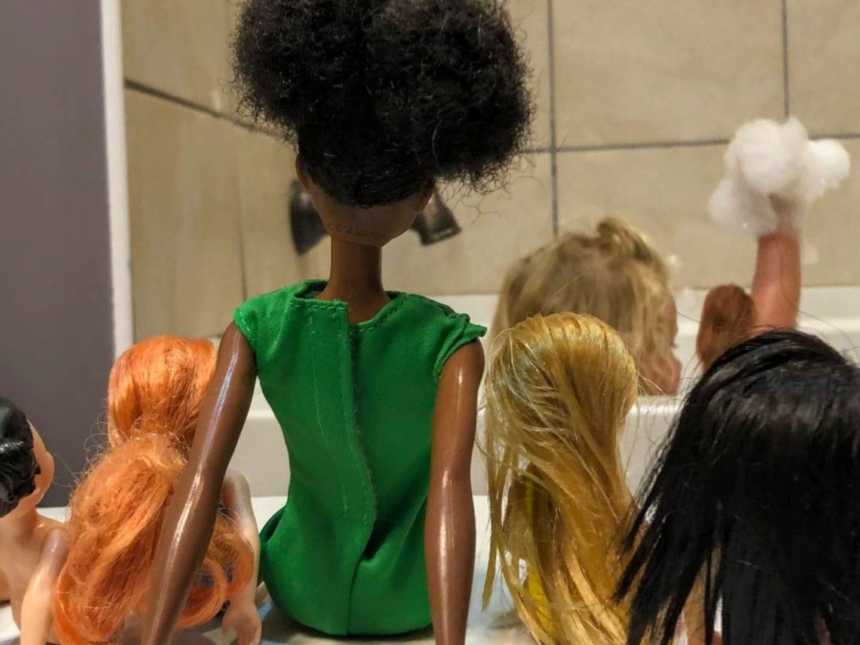 ‘Right now, while my kids are young, I have the chance to instill an awe for the beauty of every skin color, every language, every culture.’: Mom stresses importance of teaching inclusion early

“The goal is not to be ‘color blind.’ The goal is to see and appreciate every unique color, and understand the complexities associated with their distinctive experiences and cultures.”