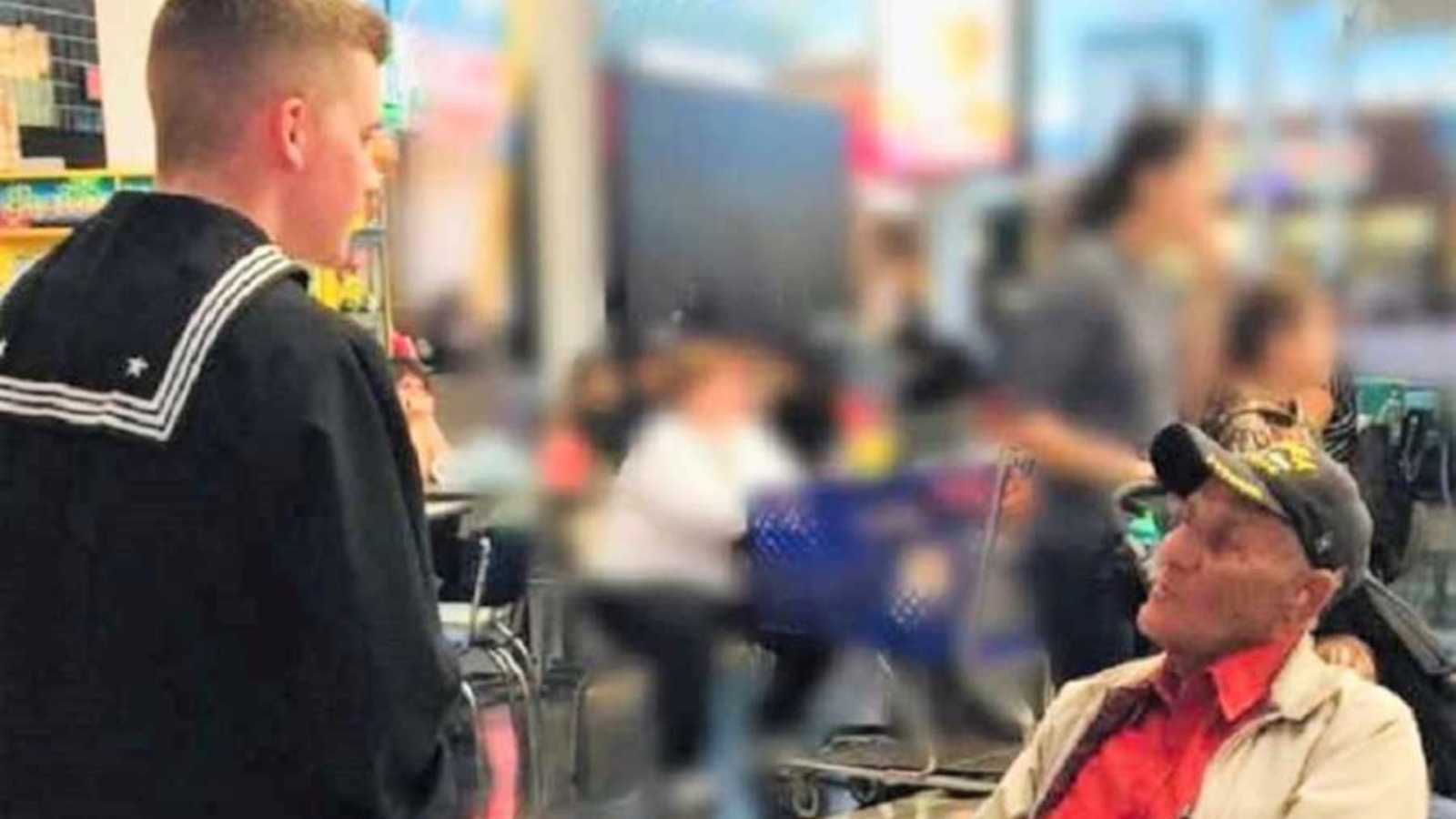 “I’ve been worrying a lot about the upheaval in the world today.

And as I was thinking about that the other day, I remembered this moment, one that is burned into my memory during my crisis.

My husband Chad had already been diagnosed with cancer. He was already fighting it. And in the middle of that, my son finished the Navy boot camp. The day after, we went to the mall where almost every passing person thanked him for his service.

He told me that while he was appreciative of the gratitude, it made him feel uncomfortable because he didn’t feel like he had done anything at that point to be worthy of it.

So, he sought out somebody who did make him feel comfortable.

And my son thanked HIM for his service. The man who came before him and who fought for his country. The man who worked to ensure the same freedoms that my son did sixty years later.

And at that moment, they weren’t a ‘black man and a white kid.’

Two men who understood each other.

What mattered was that they respected each other.

For two and a half minutes, they taught the rest of the world a lesson.  A lesson in understanding.

I’m thankful for both of them.

I challenge you. For two and a half minutes tomorrow, show respect to somebody. Anybody.

Who knows, maybe we can change the world 150 seconds at a time.”