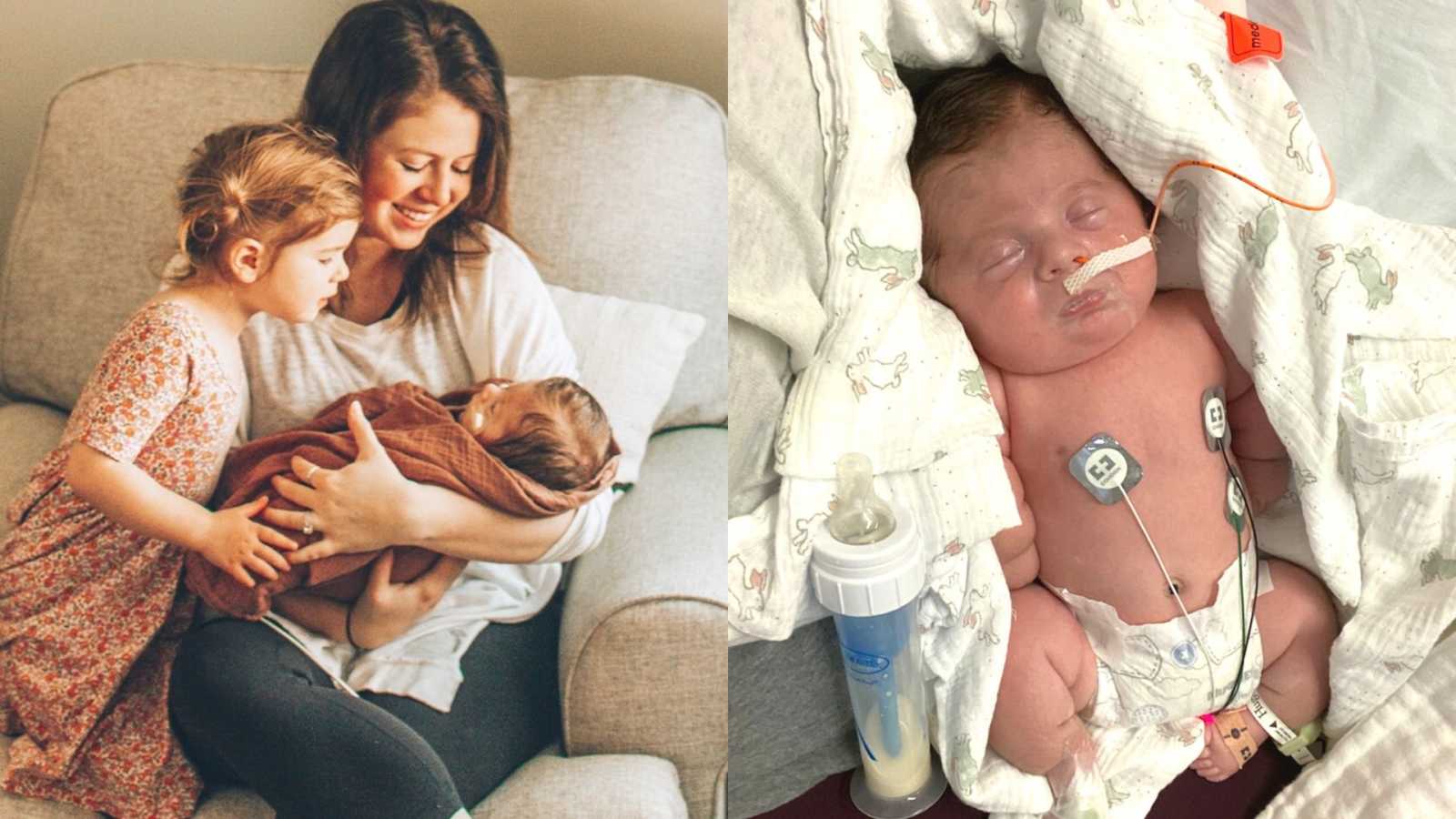 “We were thrilled to be adding a little boy to our family of three. I had a relatively normal pregnancy through my first trimester. At our 20-week ultrasound, we received the news our son’s femurs looked short, in addition to smaller arms. I remember asking the nurse practitioner, who delivered the news, if measurements were ever off and if it was possible we’d go in for a second scan with our Maternal-Fetal Medicine doctor and find everything looked typical after all. She smiled and said it wasn’t likely, but not to worry since the baby’s chest, organs, and everything else looked good. ‘His arms and legs will likely just be short,’ she said.

We went into our MFM appointment with high expectations. At the very least, we were expecting to hear our child had a form of dwarfism but was otherwise healthy. The doctor walked in with a packet of possible diagnoses and tears in her eyes as she explained most forms of skeletal dysplasia found at this stage of pregnancy end badly. The kicker was, our son wasn’t fitting any specific mold of the common dysplasias. At the time, they reassured us it couldn’t be Osteogenesis Imperfecta (Brittle Bone Disease) because they didn’t see any fractures.

We opted for an amniocentesis to best prepare for any lifesaving procedures before his birth. When the results came back that our son did, in fact, have OI, we were shocked. Our genetic counselor told us often when OI is diagnosed in utero, it’s considered Type 2, which is traditionally a lethal form of OI. But our baby didn’t have an extremely small chest, which was the biggest concern for breathing after he was born. Over and over our doctors all said the same thing: ‘We can’t say definitively if he’ll make it or not.’ It was around that time fractures started appearing on his scans. Every limb bone had fractures in various stages of healing, and the bones would sometimes even change shape as they healed in utero.

When we met with the neonatologist who would be at our delivery, I described every detail I could remember about our case. We wanted our care team to fight if our baby came out breathing, but we also knew the chances he would simply need comfort care when he arrived. So much about our specific situation was confusing and hard to predict. There were a lot of negatives followed by a lot of unexpected positives too. He listened intently and after I had finished, he said, ‘Your son is writing his own story. He will show us who he is when he gets here.’

The delivery date was a scheduled c-section on Day 1 of Covid-19 restrictions. Our parents and daughter were not allowed in the hospital until after the birth, and only under the condition our son wasn’t going to survive long. They waited in their cars in the hospital parking garage, glued to their phones, while we rolled into surgery.

When Jackson was born, he was immediately given to the NICU team in the same delivery room. We all held our breath waiting to hear a cry as they worked on him. It felt like hours had gone by when I heard him cry, and my husband left with the team to keep me updated on his progress. My baby was crying! Our parents were all informed they could leave the premises — Jackson was stable and breathing with non-invasive oxygen support. I have never been so thrilled to tell my parents to go home! It was a surreal day.

It was an exciting day after his birth. We were riding a high we never expected. Jackson continued to wean from his oxygen support, and we were close by just a floor away in the same hospital. But we still didn’t know if he was going to be considered ‘lethal,’ even with how well he was doing. We were so new to OI and all the intricacies of diagnosing a clinical type. Our genetic counselor set up a call with an OI specialist who has reviewed Jackson’s X-rays and photos. He had fractures in every limb and visible healing fractures in his ribs. We knew he was on the severe end of the spectrum already. I was a nervous wreck on this call, still a little groggy from having given birth a day earlier.

The OI specialist told us he considered Jackson to be a Type 3, not Type 2. Type 3 OI is considered to be progressively deforming, requiring medical interventions at different stages of life. But it wasn’t lethal! To make matters even more surprising, the same specialist educated us that Type 2’s are not always considered to be lethal in our current era of medicine. With proper treatment and care, babies with OI can thrive and grow.

From then on, we began our journey towards getting home. It was a long 8 weeks in the hospital getting Jackson strong enough to come home, and he even received his first Pamidronate infusion to strengthen his bones while in-patient. He was incredibly swollen from all the new fractures of birth, and the nurses avoided washing his hair until he was almost a week old because we were concerned he could have fractured his skull (he didn’t thankfully!). We moved very slowly towards holding him on a gel mattress and then finally holding him in our arms.

Because of Covid-19 restrictions, my husband and I were never allowed in the NICU together. We learned our own tricks separately for changing diapers, comforting Jackson, and other little cares that were so unique because of his fragility. We had to remember babies often cry because they’re babies  — Jackson’s bones weren’t always the cause of his fussing. It was a steep learning curve, and it was made even more complicated by a long NICU stay in a pandemic. But we made it through.

We have learned so much about OI but even more so, we have learned advocating for our son makes a huge difference in his future. In the present, we make sure to love him well. His chances of fracturing are outweighed by his need for love. We make sure to hold him, rock him, play with him, and encourage the bond between him and his sister.

The same neonatologist told me days before our hospital discharge Jackson was lucky to have us. He said, ‘He’s going to do well because he has you for his parents.’ I don’t usually feel brave, but I’m told constantly how strong I am. I’m no stronger than anyone else. I have learned to lean on my faith more than ever. Drawing strength from that deep place is the only way I’ve survived some of the harder days.

If I could comfort any other parent in our shoes during prenatal diagnosis, I would reassure them medical books don’t tell the whole story. Your child is going to be who they are, regardless of what any doctor predicts. Things may end up one way or another way, but their life matters whether it was long or short, easy or difficult. My job as Jackson’s mom is to love him well, and that is all I can do.”

This story was submitted to Love What Matters by Abby Storey from Wichita, KS. You can follow their journey on Instagram. Do you have a similar experience? We’d like to hear your important journey. Submit your own story here. Be sure to subscribe to our free email newsletter for our best stories, and YouTube for our best videos.

‘She was in her bouncer when I heard, ‘CRACK!’ A voice in my head said, ‘Take her, NOW.’ There was more to the story than I knew.’: Baby diagnosed with Brittle Bone Disease, ‘She’s our little fighter’

‘We were led to Samuel’s crib. I immediately I broke down. His left leg was rested backwards, up by his ear.’: Mom births baby with Brittle Bone Disease, ‘He is our little hero!’