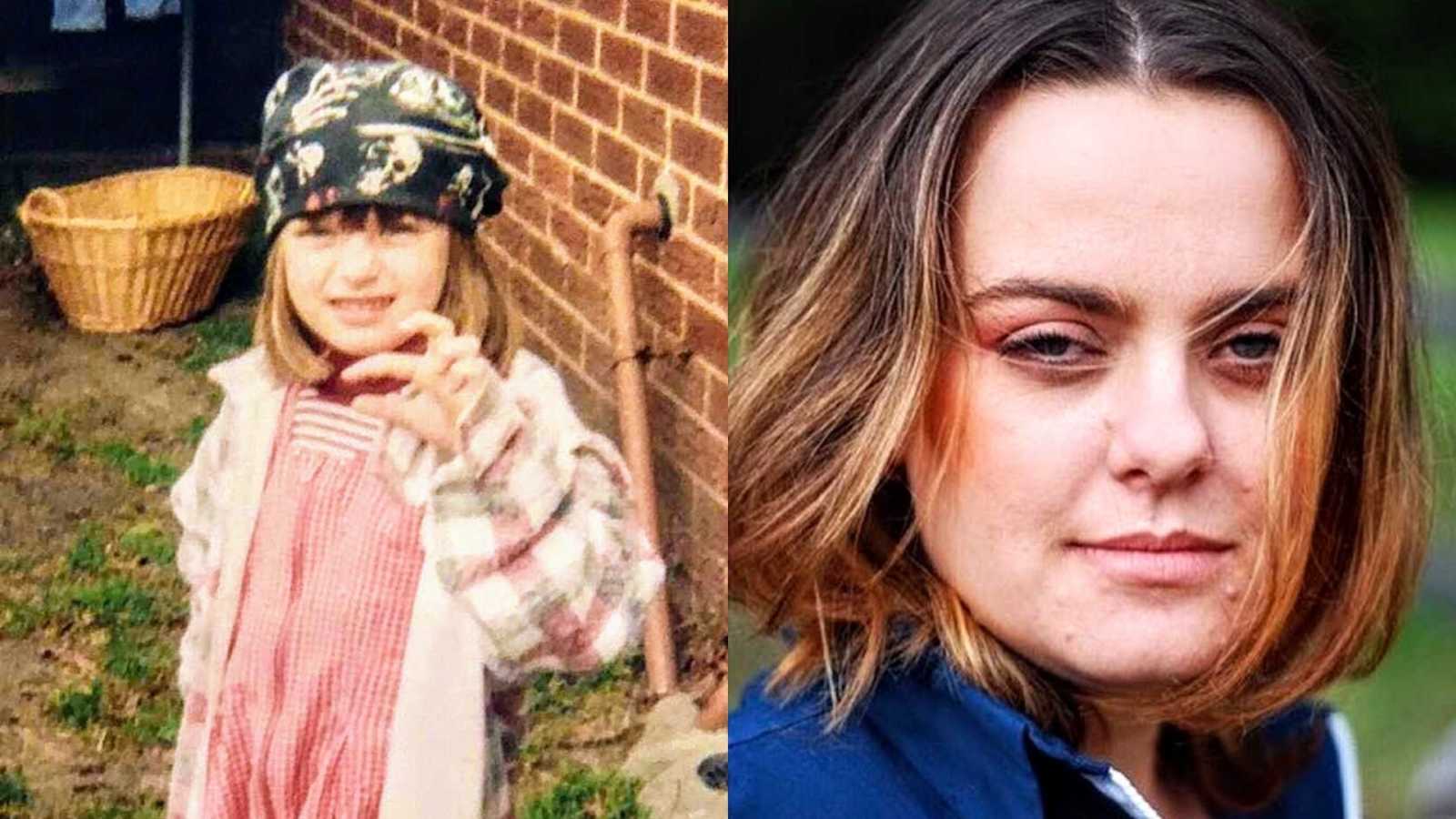 “When I was diagnosed, I was at a psychiatrist’s office in Melbourne. I sat there in pure silence. The words killed the life in me. They told me I had very classic signs of it and needed to be medicated straight away. The idea of going on medication for mental health made me want to vomit. To be honest, the rest was a blur. I just felt defeated.

As soon as I was finished with my appointment, I walked to my favorite cake shop. I have a love of cake, as it’s so magical. I never had the money for yummy things so when I became a worker, I bought beautiful clothing with no holes and frequently went out to dinner. To me, it’s my reward for fighting to be the person I am today. But after my appointment, I went over the bridge on the way to the cake shop and I stopped at the center of it. I looked over and saw the cars driving under me. All that came to my mind was, ‘You are worthless now. You are broken.’ I literally stood there for 20 minutes with voices in my head screaming, ‘Jump!’ and it took all of my energy not to. 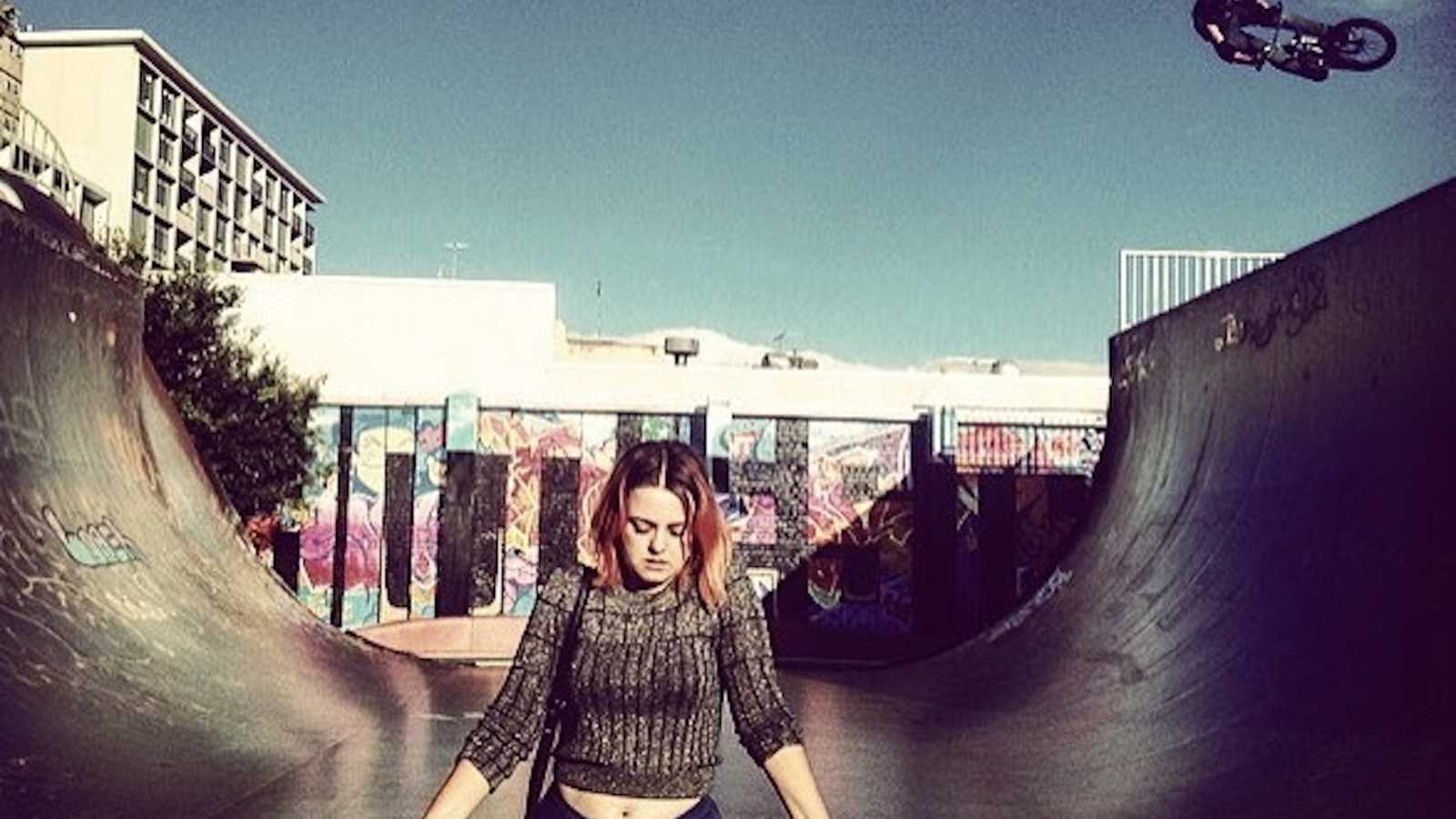 Being diagnosed was more painful than my childhood was. We did have money during my childhood, but it looked like we didn’t because every cent went to alcohol and drugs. I only ever wore second-hand clothing and I would go days without food. At the age of 10, I could talk down a drug-affected person from being aggressive to lovely.

My stepdad often got drunk and went off on me. One night, he got really drunk and told me I was a spoiled brat. He started bullying and calling me horrible names. He hated my father, as my dad never gave us any child support, and brought that up. I was like, ‘I’m sorry, I can’t help what my dad does.’ My stepdad screamed at me to call my dad to demand money. I said no. Then he started smashing the phone on the kitchen table and he cut his hand open. I said, ‘Are you ok? You’re bleeding.’ He then turned to me with the scariest eyes and said, ‘You want to see blood? I’ll show you blood.’ He then got the biggest kitchen knife in the house, pointed it at me, and started coming at me. I just ran.

My mom was trying to stop me, saying he wouldn’t hurt me, but I just ran for blocks at midnight in my PJs and hid. My mom was able to get in contact with some lovely family friends and they found me and took me back to their house. It began a tradition. Anytime he went off, we went to my mom’s friend’s house. To help calm me down, I would go into their art room and they taught me how to paint on glass, so I would be up all night painting trying to calm down.

After a while, my parents lost their jobs. That’s when things got really bad. There was not enough money for drugs. The violence became out of control, I was scared to go home. For meals, I would have one wheat bix, no lunch, and pasta with butter for dinner for weeks at a time. The school knew about it, but did nothing and I was not allowed to hang out with any kids in school as their parents said I was trouble. I was alone and had no one watching out for me or role models to look up to.

I remember at school camp when I was 12 years old, my outfit had holes in it. In front of everyone, someone yelled at me, ‘Why can’t your parents afford clothing for you?’ I felt so small but so stubborn. I decided then that I was going to get an education. I was going to work for my money. I was never going to reject anyone because of what they looked like or what they have been through, and I was never going to be in a violent relationship again. I accomplished all of those things despite having a horrible home life, and teachers who talked down to me as if I was worthless.

When I was in high school, I was into punk music. There was a cute senior with a red mohawk who took the same bus as me. I was a junior with blue hair when I went up to him and talked to him about music. This coming New Year, we will have been together for 19 years, and next March, married 9 years. He’s my high school sweetheart, best friend, and angel.

However, on the day I heard ‘Bipolar,’ my fight to live a healthy normal life went out the door. I started drinking, taking painkillers, lying, disappearing all night. I did not want anyone to love me. I screamed at my husband to leave me, as I was rubbish and didn’t want any friends. I became suicidal. My husband would wake up to me attempting to kill myself, pin me down on the bed for hours while I screamed and cried until I settled. I just wanted to die. I felt empty and soulless. It was just pure black–that’s the only way I can describe it.

To this day, I don’t know what happened. But one day I remembered that I was strong. And if I survived my childhood, I could survive this. I felt alive. Nothing was spoken to me, I just think I wanted a normal life with my husband and my stubbornness came through. I wanted to live! I started treatment, which was no walk in the park. The journey has been hard. Lots of trials of different medications and I have those ‘this sucks, I’m going to eat a tub of ice cream and scream at the world’ days, but the next day I get on with it.

I can tell you my marriage is really healthy, I have close friends, and I work hard. The biggest thing is I’m not ashamed of being Bipolar or what people think of it. I’ve chosen to speak loudly about it and be honest and show people that you can live a healthy life. Yes, it’s not always easy. It’s far from easy at times, but it’s 100% worth it! Life is beautiful and I’m glad I’m living it to the fullest!”

This story was submitted to Love What Matters by Beautiful Bipolar. Submit your own story here, and be sure to subscribe to our free email newsletter for our best stories, and YouTube for our best videos.

‘Which way did he go?’ This was our great escape. My dad was a monster. I was sworn to secrecy.’: Woman credits foster parents for ‘saving’ her through ‘dark times,’ battling suicidal thoughts, sexual abuse, Bipolar disorder

Do you know someone who could benefit from this story? SHARE on Facebook with family and friends.