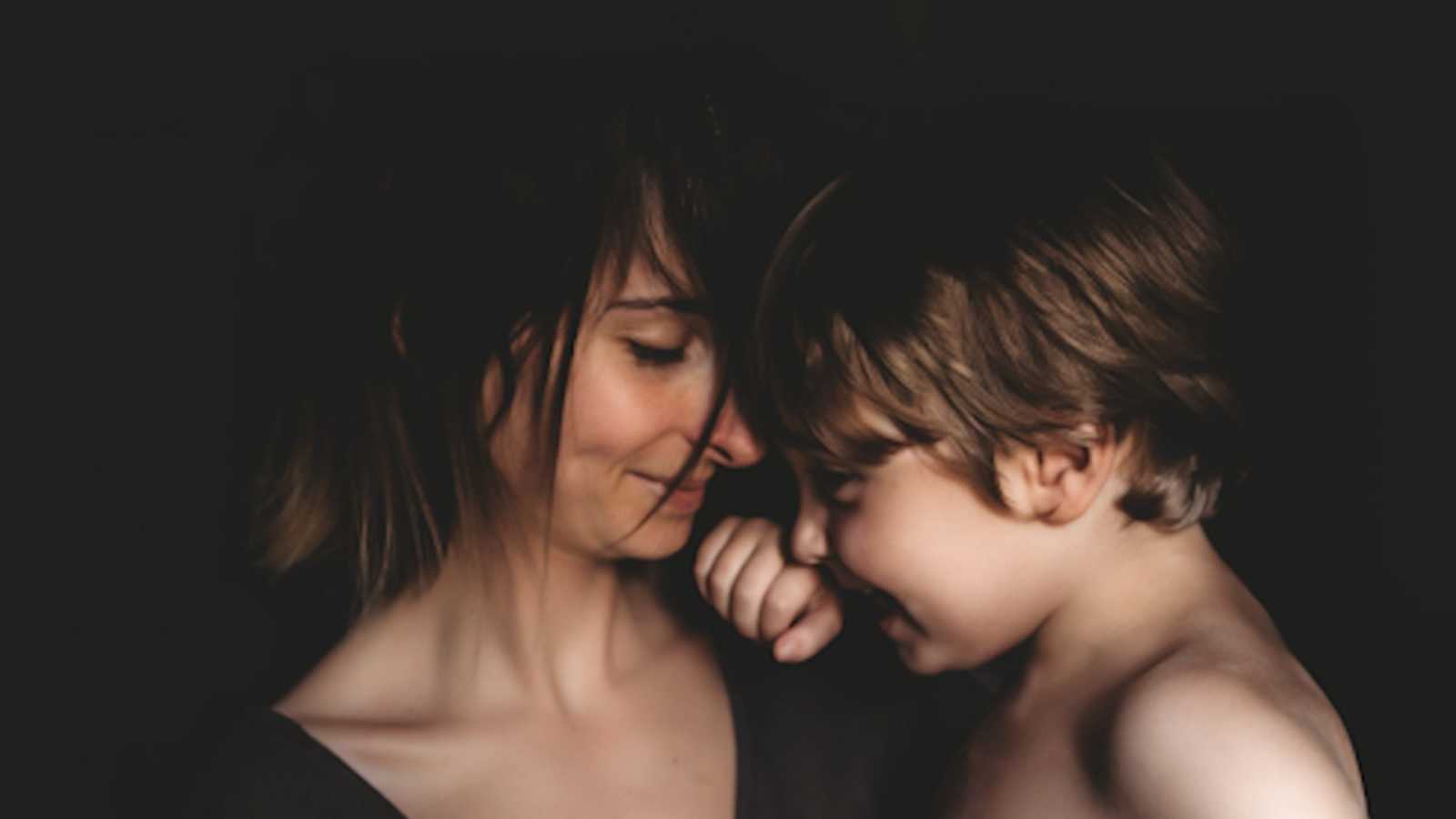 Charlie is 16 months old. Getting him to look at us when we are calling his name is, well, it’s difficult. We’re thinking there’s just so much to explore when you’re a baby, why would he bother answering to his name when he’s perfectly happy spinning a single wheel on his toy car? Now he’s placing the cars in a row. Green car, red car, blue car.

Charlie is such a beautiful child. He has a head as round as a pumpkin, plump rosy cheeks, and long curly blond hair that comes down well past his ears.

When Charlie’s focused on a toy, he sticks his tongue out to show his extreme concentration. We don’t see his big blue eyes very often, though. I used to think about how impressive it was to see him occupy himself for hours with the same toy. What a fine attention span! I appreciated his ability to block people out, appearing peaceful, like a protective bubble was insulating him from the big, new, scary world around him. Here he is, sitting on the floor with his little cars, lifting them one by one, looking at their wheels and replacing them in a perfect line. He is content.

Charlie is my first-born, the boy I’d dreamt of having. As a baby, he was very independent, and he smiled and laughed. He especially thought it hilarious when I spoke to him in French. These little moments were like little nuggets of gold. The first year I didn’t worry about Charlie’s development at all.

At Charlie’s 18-month checkup, we filled out the same questionnaire again as his 12 and 15-month appointments. Same old questions, same old answers. Pointing? No. Eye contact? No. Clapping? No. Brings you a rock when he sees one on the ground? No. Points to a plane in the sky? No. Greets you when you come home? Answers to his name? Follows directions? No, no, and hell no. We handed our responses to his pediatrician, but yet again, she told us not to worry because these were routine questions and they were only asking because these behaviors are early signs of autism.

And then she said it.

She said not to worry because ‘Charlie is obviously not autistic.’ She had known Charlie for over a year. She had given him his check-ups. She was an expert. So we went home, satisfied. Later, I learned how wrong she was.

And then it all happened fast. Over the course of a few weeks Charlie started losing the few words he had until he stopped speaking altogether. I wasn’t hearing his sweet little voice saying ‘thank you’ after I gave him a cookie. Charlie became completely nonverbal and it seemed as if our connection was loosening. He didn’t like to be touched. He avoided people, even us, his parents. Something switched and while occasionally, before, he would sit with us, he now only seemed to want to be alone. He wouldn’t even look at us anymore, and I was scared. I didn’t recognize my child. This is when I started to understand Charlie was really different. Charlie needed help.

We got him into speech and occupational therapy but Charlie wasn’t making any progress. In fact, he was regressing. The word ‘autism’ kept coming back up in conversations. His therapists weren’t qualified to diagnose autism but they had enough experience working with developmentally delayed children to know when there was more than just a delay causing issues in a child’s development. They knew. They knew my son was autistic. But I needed definite answers so I started doing my own research.

I’m usually against asking ‘Dr. Google’ for advice because I usually end up with self-diagnosed stage 4 lung cancer or something of the type, but the Internet happened to be very useful. I looked up signs and symptoms of autism in babies and toddlers and my jaw dropped. It was as if the list was tailor-made for Charlie. Was he really autistic? The more I learned about autism, the more convinced I was Charlie was indeed on the spectrum.

Every time I thought about the possibility of Charlie being on the autism spectrum the thoughts crashed down on me like a wave knocking me to the ground. It was overwhelming. So, instead of focusing on my paralyzing feelings, I pushed forward. Charlie needed an official autism diagnosis which can only be given by a neurologist or developmental pediatrician, that’s where my energy had to go to. He didn’t have a voice but as long as I was by his side, he’d always have a friend, mom, and advocate.

The big day came fast. Charlie’s autism evaluation. The developmental pediatrician who entered the room looked serious. Dr. Jones introduced herself to us, but her eyes were on Charlie, observing him, taking him in. ‘Hi Charlie,’ she said, enunciating clearly while crouched in front of him.

Charlie didn’t even look at her as he pushed a chair across the room. She observed him with an air of curiosity. Charlie had reached the wall with his chair, positioned it right underneath the light switch, at which point he climbed on top of it and starting flicking the switch on and off, giggling the whole time. That was so Charlie.

In those 30 seconds, Charlie had given her most of the information she needed. He didn’t pay attention to her entering the room, didn’t answer to his name, didn’t respond to her further attempts at interaction, and displayed what we knew to be a repetitive behavior, the flicking on and off of the light switch. She decided to let him do his own thing for a while and ask us questions. She was going to administer the M-CHAT but we had brought in a copy of the results. I saw the look on her face when she saw his score of 18.

She knew she was going to have to say those words. Words we will never forget. After an hour of crossing the t’s and dotting the i’s she said, ‘Charlie’s behaviors are consistent with an Autism Spectrum Disorder diagnosis.’

Dr. Jones had no doubt Charlie was autistic. Because I wanted to be prepared, I had pictured this moment in my mind. I thought I was going to break down in tears, but that didn’t happen. I didn’t cry. In fact, I felt relief. We finally knew why Charlie was different, and most importantly we were going to be able to get him into more therapy, which he needed.

Dr. Jones handed us a few pamphlets and printed some information about autism from her computer, seven pages of black and white text and pictures –information any trained monkey could get online in about 3.1 seconds. But along with it she handed us the official written diagnosis. That was it. We were on our own now.

My entire world came crashing down, the walls caved in, the floor dropped out from under me, and every other metaphor to that effect. I knew he was autistic and I was prepared to hear the diagnosis but it hit me hard. I still had so many unanswered questions. Questions no one had the answers to then and questions I still don’t have the answers to now, years later.

How severely autistic was Charlie? Will he ever be able to live an independent life? Some autistic individuals are able to communicate. Will Charlie ever have a voice of his own? Charlie is now 6 and I don’t have answers to my questions, but what I do know, and will always know, is that I love him with every fiber of my being. And I hope that’s enough.”

This story was submitted to Love What Matters by Eileen Lamb, author of “All Across The Spectrum” and founder of The Autism Cafe. You can also follow her on Instagram here. Submit your own story here, and be sure to subscribe to our free email newsletter for our best stories, and YouTube for our best videos.

Read more amazing stories about children on the spectrum here:

‘No, not again! I can’t handle another child like this!’ I was angry at people who asked, ‘Are you gonna try again for a ‘normal’ child? I sat in the bathroom, crying.’