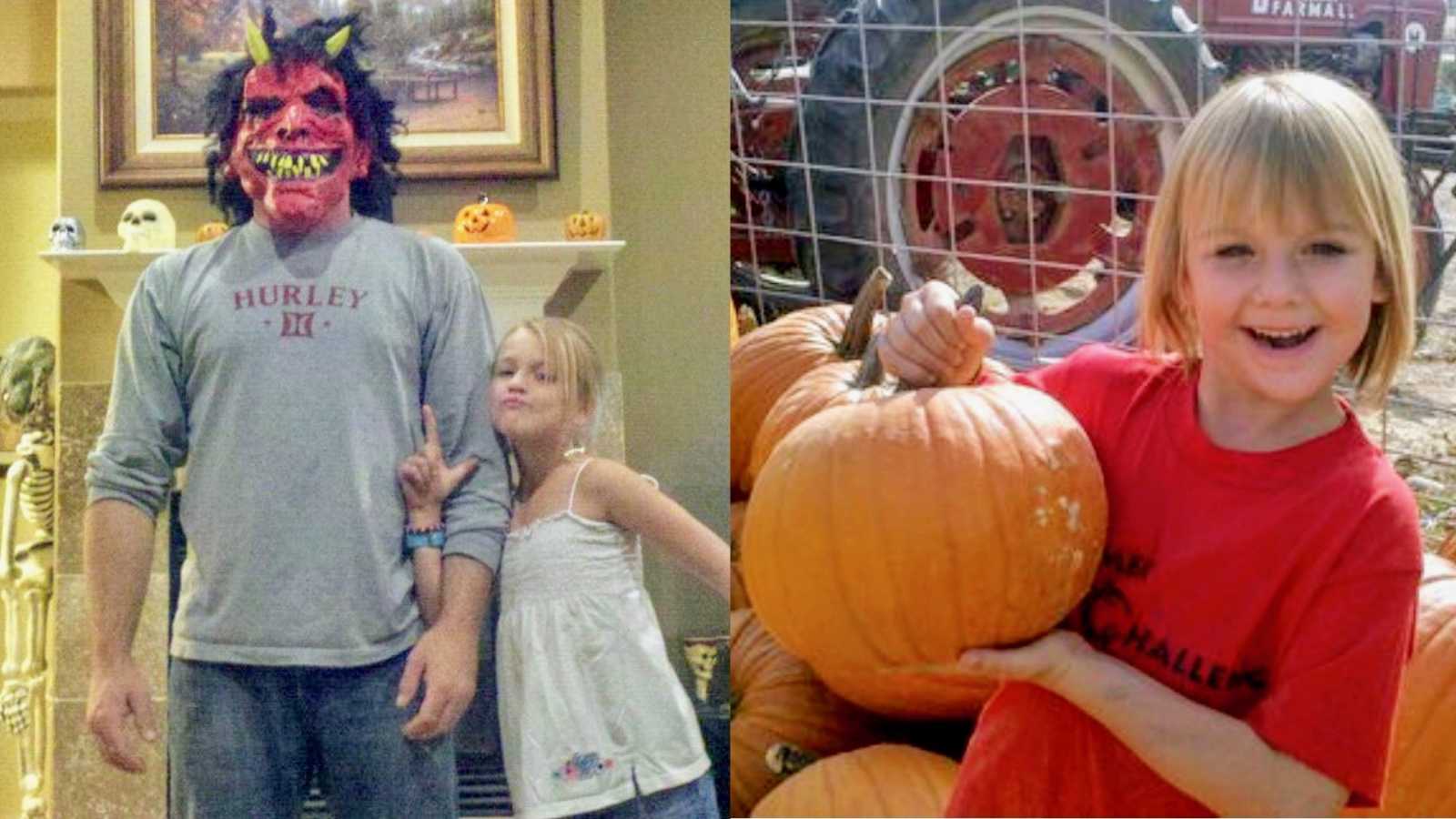 “I hate how my husband is missing everything.

When he was diagnosed with pancreatic cancer, he told me he just wanted to live long enough to see his youngest child, Kaitlyn, graduate from high school. He died the summer after she finished seventh grade. He didn’t even get to see the completion of middle school. The end of innocence.

She was 13. That tender age between being a child and becoming a young adult. That crazy time when kids are a mixture of both; when they learn to exhibit their independence but still need their parents when the nights just get too long. Yet, in her case, he was gone.

Like most dads, he would have done anything for her. He took her fishing when she wanted to. He baked cakes with her when she wanted to. He learned how to make ponytails for her gymnastics meets and learned the hard way why we don’t spray hair glitter in the house. He painted her room at her whim. He hung trophy shelves and pretended to be a monster during her sleepovers. He danced to ‘Hannah Montana’ and made her life-size posters of her amazing gymnastics tricks.

I think this is coming up for me really badly right now because as Halloween rolls around, the memories have been flooding back about all the things we used to do together as a family. Sure, I had to drag him to go pumpkin picking, but he went. And when we got home, he would sit at the kitchen table with that little girl for hours coming up with the perfect design for his pumpkin, and hers. I will never forget the one time his design was better than hers, and after trying everything to stop the tears, he did the only thing he could in that situation; he just messed his up. The next year, his friend was cleaning out his garage and decided Chad would be the perfect recipient for all of his Halloween decorations. All of them. Twelve black and orange bins full of ghosts and goblins, a complete mad scientist lab, all sorts of body parts, party supplies and 25 foam headstones. So, I was not surprised when I pulled into the driveway on Halloween night and was met with a full cemetery scene in the garage, complete with dry ice, fog and black lights. I don’t know how long it took him to put it together with the help of a couple of teenagers and one small, beautiful 4-year-old following him around, tugging at his shirt and coming up with the ‘best’ ideas, but it was the best Halloween moment I can remember. They were all so proud. So, so proud.

That man could do anything, and he was so creative. And now, so is she. I don’t know if it is because of her Halloween memories with him or if it’s just in her DNA, but that girl does some of the best gore make-up I have ever seen. Just the other night, I was dressing up for an event and needed a burn on my face. She delivered, just like he always did.

Who knows what Kaitlyn will do with her life. Who knows what she will become. Maybe she will be a nurse. Maybe a doctor. Maybe a trauma doctor since she likes blood so much. Maybe she will be a make-up artist or a special effects artist for the movies. But, one thing I know for sure, is that she is going to have to do that without her dad here cheering her on, and that makes my stomach churn and my heart hurt more than anything I can possibly put into words.

I wish he was here. I know she wishes he was here, too. To this day, some 3 and a half years later, I still feel that despair deep in my bones. At times like this, I still feel like I can’t pull in a deep breath. I still fight waking up when I am dreaming of him. I still feel the same kind of heaviness in my chest and fogginess in my brain some nights when I am faced with the quietness in the house, when it was just yesterday when life was full of chaos, giggles, silliness, monster noises and Halloween decorations.