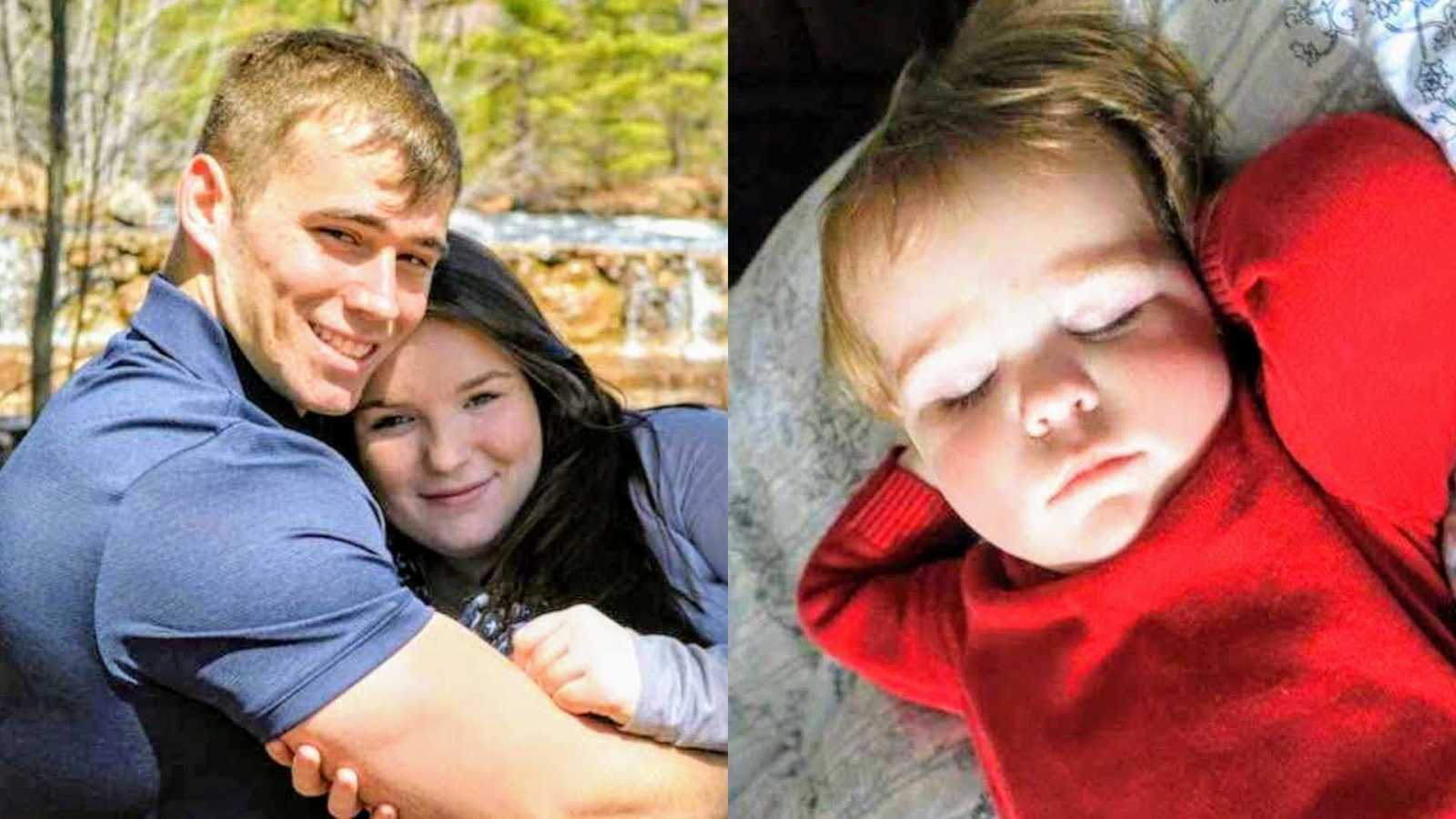 “Growing up, my life was not all butterflies and rainbows. I grew up not knowing who my father was. I had a stepfather who was in and out of my life and siblings I never saw. I dreamed of a love so strong, we lasted forever. I dreamed of two boys and a girl, a home we moved into and grew old in. Somewhere along the way, everything I’d planned changed. A lot of people in my life taught me things like love, respect, and trust were not a right. It was a good life lesson, in the scheme of things, but not really the makings of an amazing upbringing. I had this dream of reaching far beyond anyone expected of me, to prove I was worth something or better than something.

So, I made a plan for my life. Twelve-year-old me had no idea how complicated life is and how most things aren’t your choice. I wanted to become someone who helped people, a teacher or counselor. Then I wanted to fall in love, have two boys and a girl, who would be completely ‘normal,’ and live a fabulously ordinary life. That is not at all what happened. I fell in love at 17 and had two boys. All three taught me more than I’d ever thought possible. My husband showed me respect and trust should always be given freely. When my sons were born, looking to their eyes that very first time taught me love is always unconditional. I have had all those things reiterated for the past 7 years.

My oldest son, Cale, was seventeen-months-old when I had my youngest, Carson. Prior to Carson’s birth, he could say his ABC’s, count to three, say ‘mom’ and ‘dad.’ He met his milestones. After Carson’s birth, he stopped saying most of what he knew. He would learn a word, say it for a week, and then not say it again. We were told the regression was common after huge life changes. By three, he still was not talking, so we sought out another opinion. The possibility of being hearing-impaired was brought up, due to his frequent ear infections and his loss of speech. The thought of progressive hearing loss was brought up, due to his lack of participation in the hearing booths. The doctors were not 100 percent sure, though. We sat with heavy hearts while our son was put to sleep to do another test. It was the happiest moment in the 6 months of maybe’s, hearing our son was not going deaf, nor was he hearing impaired. So what was wrong? I felt without a shadow of a doubt, something wasn’t right.

My husband was so relieved. He thought all our worrying was for nothing. I worried endlessly. ‘Am I not a good enough mother? Do I even know what I am doing? Am I overthinking?’ After talking to my mom and building up my courage, I called my son’s doctor and made an appointment with one single goal: figure it out. I walked into that office demanding a referral to a specialist. The two-month wait had me nervous beyond belief. By the time it came around, my husband was on-board. He told us something that relieved and terrified me all at once. The doctor said, ‘We believe Cale has autism and I suspect your youngest does as well.’ Jumping through hoop after hoop to get an official diagnosis, twice, took only one month, yet it changed our lives faster than anything else we had ever done.

How do you ready yourself for something so life-changing while going to appointments and meetings with daycares, assistance programs, and maintaining our emotions so we could still be parents–all with an official diagnosis in hand, two sons, both with autism? You can deal in many ways. I chose to cry my eyes out for the rest of the night, mourning the life I’d imagine. I woke up the next day and took control of my life and my kids’ lives.

One problem was a lot of the specialists have waitlists. When I called to put my sons on the waiting lists, I was told it would take up to 4 years. I searched for local help that didn’t cost an arm and a leg. Living off a one-income household with two kids with autism does not leave you with tons of money for programs, and nobody tells you what to do. Thankfully, I met an amazing woman with infant and child development who went above and beyond her job requirements to help all throughout our journey, from finding coordinators to informing us of other services in our area. I appreciated it all, but I think what I appreciated most was being able to talk to someone who had been there throughout our journey, who knew our boys and wasn’t my husband. He wasn’t where I was with acceptance. Nobody would have expected either of us to be. I needed to give him his own time. In turn, he helped me in different ways.

Both our boys are very different children. They only one thing in common: they don’t talk. One has sensory issues of sound and touch. One is over-stimulated while the other is under-stimulated. I think what got me the most is the things that were red flags for autism were things I adored in my boys, admired, respected, loved, and appreciated. I was thankful Cale was okay showing he did not like strangers touching him. I never had to worry he would accept adults invading his space. ‘Hug your aunt goodbye.’ ‘Kiss grandma.’ He wouldn’t do those things unless he was comfortable. Carson is overstimulated constantly with happiness. His joy explodes out of his body and surrounds anyone around him. Everything that makes them exceptional kids also has its downfalls. My oldest rarely shows physical affection, such as hugs or kisses. It makes when he does that much more special, but also causes family members to not understand he loves them just because he can’t say it and doesn’t express it physically, often, or easily.

I want to express I’d never change my boys or go back. Raising them has opened my eyes. When they hear my sons have autism, a lot of parents express first, ‘I’m so sorry,’ as if they are sick, like it’s something so awful they could not imagine. People express opinions like ‘vaccines cause autism,’ and opt-out of vaccines. They say maybe I should have too, as if autism is a greater risk than a preventable illness that could kill. I’m not sorry, though. I’m not sad anymore over my boys. I know God would not have given me more than I could handle. I think that’s what pulled me through: my belief everything that happens in my life, our lives, is for us to learn and grow.

Everyone always wonders how we do it as parents of children with autism. The answer is easy. All parents can do it. Every parent has difficulties, all children have hurdles in their lives. Mine just have a name for it. I think raising two boys with autism has actually taught me more and made me so appreciative. I watch many parents with varieties of children from atypical to neurotypical who take things like hugs, kisses, and ‘I love you’ for granted. The little things are so important though. The day-to-day moments matter the most. Yes, milestones and breakthroughs are huge and rewarding, but those little things are what get you through the day. I appreciate smiles and high fives more than most parents do hugs and kisses. The way I think now has completely changed. I’m more understanding, patient, and glad I’ve learned so much through this journey. Before my kids were diagnosed, I was ignorant of what autism even was. I know now them being different and thinking differently is actually a good thing.

It has been a year and a half since both boys have been diagnosed. I cannot think of a single reason why I should have been so afraid. The piece of paper stating what they have didn’t make things harder; it made it easier. It was a weight lifted off my shoulders and it opened doors to help I wouldn’t have been offered otherwise. They didn’t all of a sudden become harder to raise. They were and are the exact same kids I was raising, only now I have speech, behavior, occupational therapy, and service coordinators. It isn’t all on me anymore. I don’t feel like a bad mom when I lay down at night, knowing my kids don’t talk. I’m not thinking about ways my kids aren’t ordinary and letting it stress me out. My husband and I don’t blame each other anymore for not doing enough. We aren’t stressed. Learning more about autism changed our parenting. Things we had issues with before have disappeared.

Both my husband and I love our boys exactly as they are. We have made more time for each other since their diagnoses because it is A LOT. Making the time to talk, vent, and be emotionally vulnerable to someone who understands has helped our family and our mental health. We don’t have much support where we live with family hours away, and rarely have time alone. We started doing car rides often, stopping for coffee and donuts and driving around, talking, which is something the boys enjoy. It gives us a break from running around the house chasing them. We make all the important decisions in the car, driving around.

After their diagnosis, we read everything we could, online, books and articles. It opened our eyes to why things were not working for us. Changing how we parented and maintaining our children to the same standard we expected before has allowed them both to jump bounds in behavior and milestones. We hear often Cale is the most behaved child in class from his teacher or Carson’s the sweetest, most affectionate child in daycare from the staff. Both boys are going against many stigmas placed on autistic children.

I have gained more than I have lost raising two autistic boys. It has made me stronger, patient, kinder. I’ve learned so much through this journey. My husband and I are closer. My sons show me every day how being different is not a bad thing, that love doesn’t need words. The boys show it in other ways: high fives, forehead kisses, stroking my face, or just sitting beside me. I’m not going to lie and say my heart won’t explode when they actually speak the words ‘I love you’ one day, if ever. That day will probably end up my top five most special days of my life. However, I’m not waiting or taking what I have now for granted. This is where we are supposed to be right now and I look forward to what our future has in store.”

This story was submitted to Love What Matters by Jessica C. You can follow their journey on Instagram. Do you have a similar experience? We’d like to hear your important journey. Submit your own story here. Be sure to subscribe to our free email newsletter for our best stories, and YouTube for our best videos.

‘No shoes, I ran through the security gate, tripping as I searched for the family. ‘You did an amazing job, dude.’ It was like we’d known each other for years.’: Mom to son with autism urges ‘look for your people’