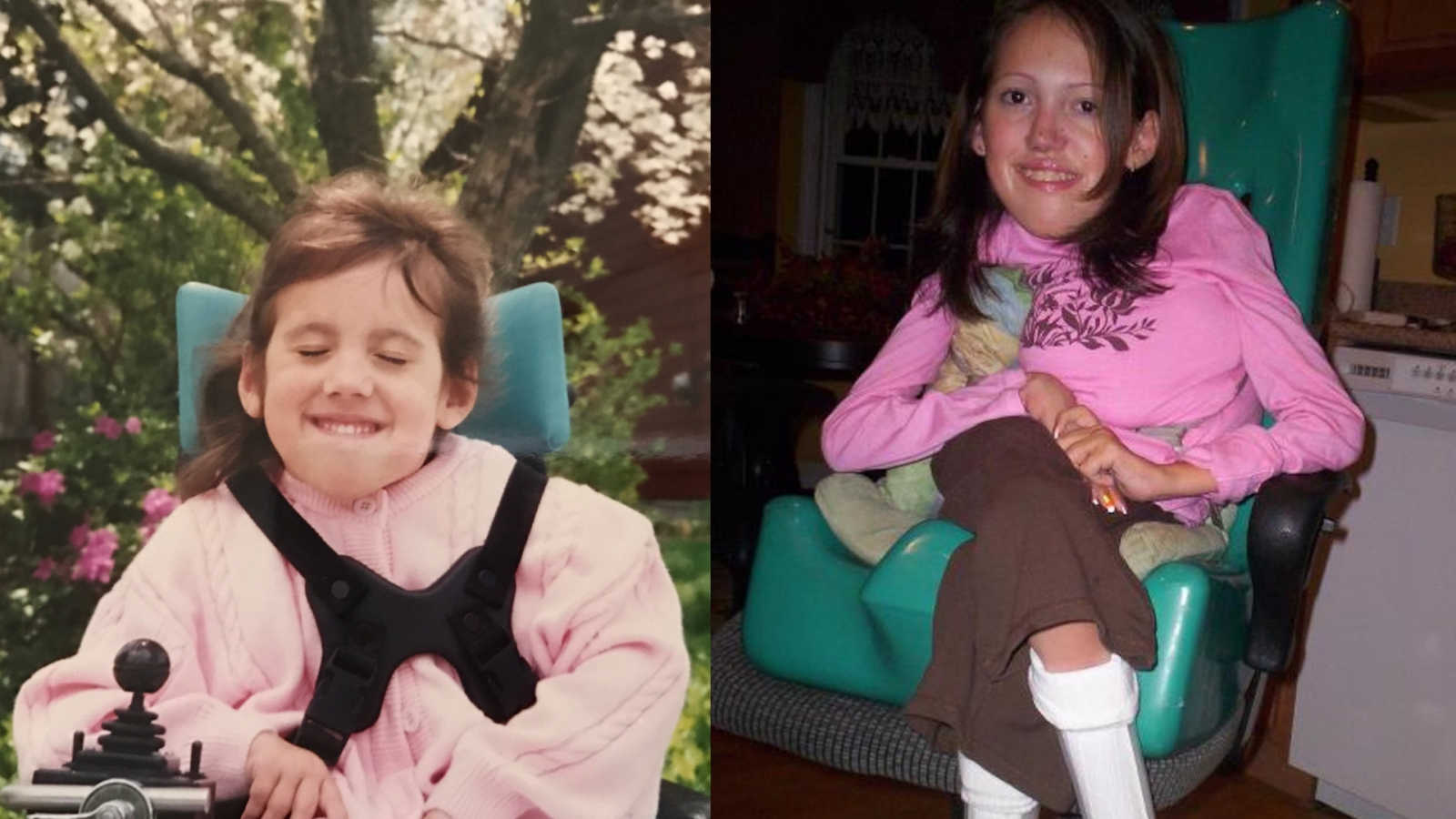 “At 13 years of age I received my first laptop which quickly became the vehicle to my entire world. Having grown up with a progressive neuromuscular disease called Spinal Muscular Atrophy my physical abilities were few and far between. However my laptop offered a newfound sense of independence. I was no longer at the mercy of the hands-on assistance from others now that I was able to simply move my fingers across some keys to navigate the world. And it felt freeing to know I could immerse myself in something I still had the ability to reign control over.

With the popularity of the internet beginning to take off I decided to do a Google search on my disease. Until that point I hadn’t understood the true complexity of my disease. I knew my life was anything but normal but I also knew my parents fought tirelessly to create a sense of normalcy in my childhood—one that would allow me to have the same experiences with my peers in spite of my medical differences. Suddenly my teenage worries of who I was hanging out with on a Saturday night turned into worries of what living with SMA actually meant as I scoured the internet for as much information I could get. But, every website pointed to the same grim prognosis.

That day I learned spinal muscular atrophy was the number one genetic killer in infants. I learned how the disease is rapidly progressive and how my muscles would eventually give up the fight. And, the most gut-wrenching part of all; I learned I was on borrowed time.

I was just shy of turning six months old when my parents received my diagnosis in April of 1991, a time when little information on SMA was readily available and accessible. They tell me it was the worst day of their lives. Memories of a doctor solemnly saying, ‘she will succumb,’ hearing the shortest expiration date assigned to their baby girl’s life, and learning there was nothing to heal the hurt—no resources, no how-to guide on how to live with this disease and absolutely no hope—barely touched upon the devastation that was felt on that fateful day.

Fast forward thirteen years and I was experiencing a glimpse of what my parents endured. Back in 1991 the extent of my fate was subjected to a small excerpt in my doctor’s old medical journal that stated I wasn’t supposed to live past the age of 2 and now I had the internet to confirm this. As a teenager it was easy to get caught up in the idea you were going to live forever. Death wasn’t something that happened to young people—death was something that happened to old people. So caught between my moment of despair and wanting to know the truth my mother delicately answered my question with a reminder that packed so much meaning. She simply stated, ‘only God knows when you’re going to die.’

That day I was ultimately left with two choices. I could live by the constraints my diagnosis wanted to place upon me or I could live in spite of them. Yes I wasn’t supposed to live past the age of 2. Yes I was on borrowed time. But after everything I had already been through in just 13 years—month-long hospital stays that flirted with death, broken bones and broken hearts, the everyday challenges that came with SMA—was I really going to let a couple of paragraphs on the internet be the narrative of my life?

Being born with a terminal disease wasn’t something I could go back and change but choosing to rewire my thoughts from what was supposed to happen to what I was going to do about it was something I could. So instead of letting my prognosis instill fear I chose to let it ignite a fire, one that would fuel me to create a life that wasn’t bound by the limitations of my disease but rather built upon the limitless opportunities hidden inside of me. And the foundation of which these opportunities were built was the exact place where love was cultivated, faith was strengthened, and hope was found. That was something the internet didn’t tell me, and it was something so beautiful and worth living for.

Today I am 28 years old. I’d be lying if I said the thought of prematurely dying doesn’t creep into the back of my mind from time to time. It especially hits during those weary moments where my body is hooked up to machines under fluorescent lights and is fighting for its life. But in those moments is also where some of my most transformative experiences have happened. It’s where my greatest lessons are  learned in my toughest messes, where purpose is found in my pain, and where an untapped strength is found in my struggle.

Fifteen years ago I feared my journey on this earth would end much sooner than I had anticipated. As it turned out that laptop became the first of many that facilitated the path to achieving my goals. Because of technology and the accessibility of laptops I was able to graduate from college, start a blog about living with SMA, become a freelance writer and social media strategist, and establish my own nonprofit organization dedicated to fundraising research efforts for future SMA treatments. A lot of life has been packed into these years, and at the end of the day, I believe that’s what truly matters most.

Today I am 28 years old. I’d be lying if I said the thought of prematurely dying doesn’t creep into the back of my mind from time to time because living with SMA means living with daily struggles and living in the dark in terms of what the future holds. I cannot walk, have trouble breathing and swallowing, and have the majority of my muscle strength confined to my fingers. In weaker moments, moments where my limiting abilities collide with my aspirations and dreams—living on my own, not always being dependent on others, working harder towards my goals in spite of my exhausted body—I feel its debilitating impact. It especially hits during the moments where my body is hooked up to machines under fluorescent lights and is fighting for its life. But in those moments is also where some of my most transformative experiences have happened. It’s where my greatest lessons are learned in my toughest messes, where purpose is found in my pain, and where an untapped strength is found in my struggle.“

This story was submitted to Love What Matters by Alyssa Silva. Follow her on Instagram here. Submit your own story here, and subscribe to our best stories in our free newsletter here.