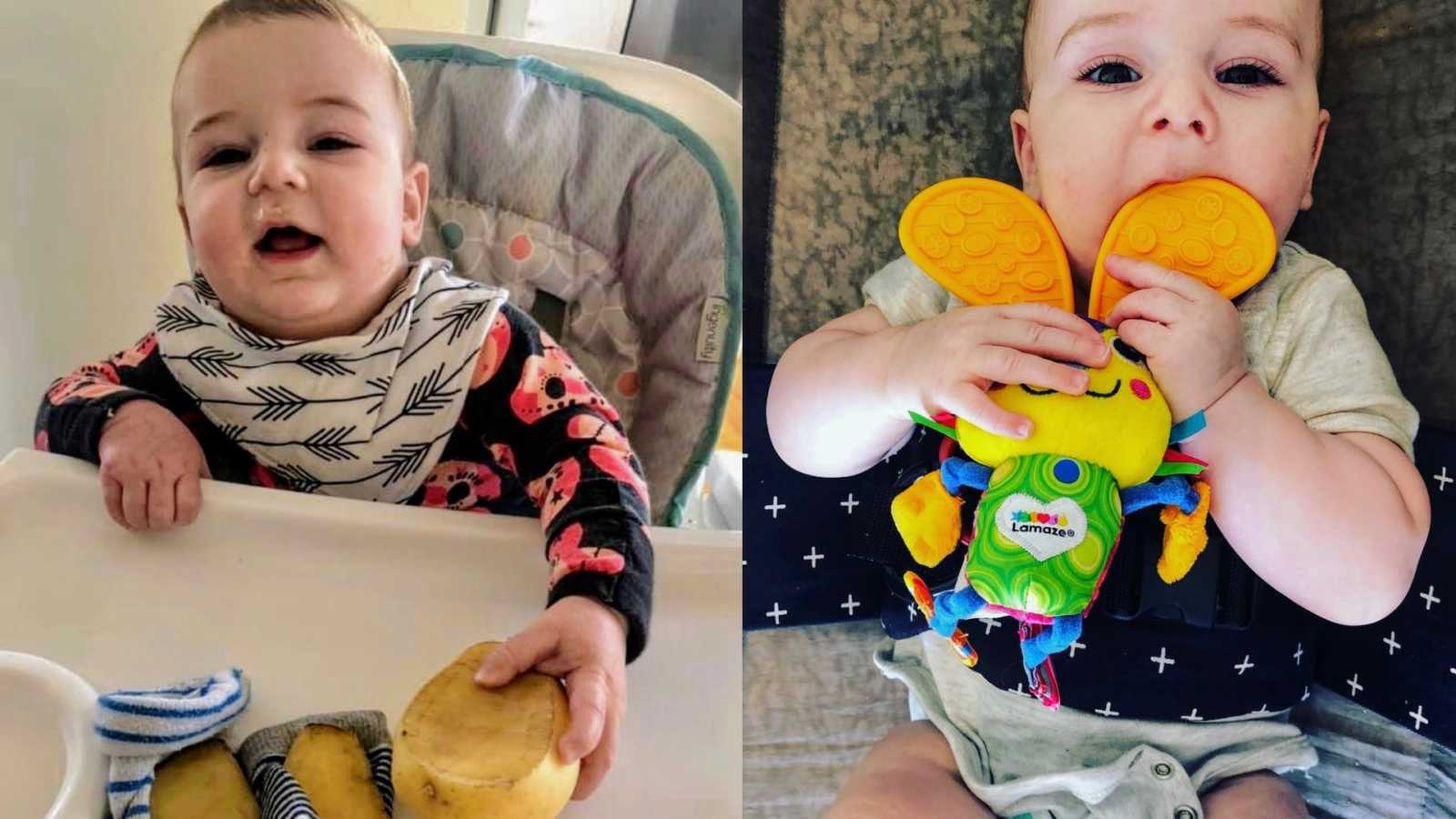 “They say you’re only as happy as your most miserable child, (or something like that), and my poor little James has been struck with a horrible cold. His eyes are red, nose all blocked up, chest rattling and he’s sounding more like Peppa Pig than James. I do the responsible thing and take him straight to the doctor where I proclaim, ‘It’s an emergency!’ as I enter the waiting room. The doctor informs me it’s just viral (you hypochondriac) so just make sure he gets plenty of fluids.

So come night time, specifically 1:30 a.m., we are all miserable. There’s not much I can do except be a gunslinger and shoot saline in his nose and shoot Paracetamol and ibuprofen in his mouth. I’m rubbing his little back, holding him, feeding him… and he is looking so sad with his little cold and I feel so helpless watching him suffer. But then I remembered that I read on the internet somewhere that someone put sliced potatoes in their child’s sock, and it helped them feel better, so much so the child didn’t have any more cold symptoms. No runny nose, no chest congestion, he was cured. So, I did it!! I put sliced potatoes in James’ socks and guess what!!??

But I’ll tell you what it DID do, though. It made my husband think I had lost my mind when the baby is screaming and instead of being with him, I’m in the kitchen stomping around, gathering potatoes like a farmer and trying to slice them like I’m prepping to make scalloped potatoes, like a mad woman, chanting ‘Potatoes! He needs potatoes!’

It made my baby think I was a lunatic when I’m trying to place a potato slice on his tiny kicking feet at 3 a.m. and put a sock over it at the same time without moving the potato, which annoyed him, A LOT.

It made my other two kids grumpy because they’re wondering who the hell is making all this noise.

And after two hours of holding my beautiful baby while he fusses and cries and sniffs, praying to the potato gods that they shine mercy upon my blessed child and cure him of his ailments, I realize I forgot to check his nappy.

Turns out, he was mainly angry because he had pooped, and just needed changing.

So, I changed him, and as I did, he pulled off his socks, the potatoes came flying out, and he fell asleep. The whole time he was probably thinking why won’t this lady change my damn nappy? And why the HELL has she put fooking potatoes on me like shoes?!

Come to think of it, I’m pretty sure it was meant to be onions, but that’s not the point, the point is, desperate sleep deprived mothers shouldn’t be allowed on google and if you see your wife in the kitchen in the middle of the night, send her to bed and take over, otherwise you’ll have a sick child whose feet will smell like tater tots and one tired grumpy mama.”