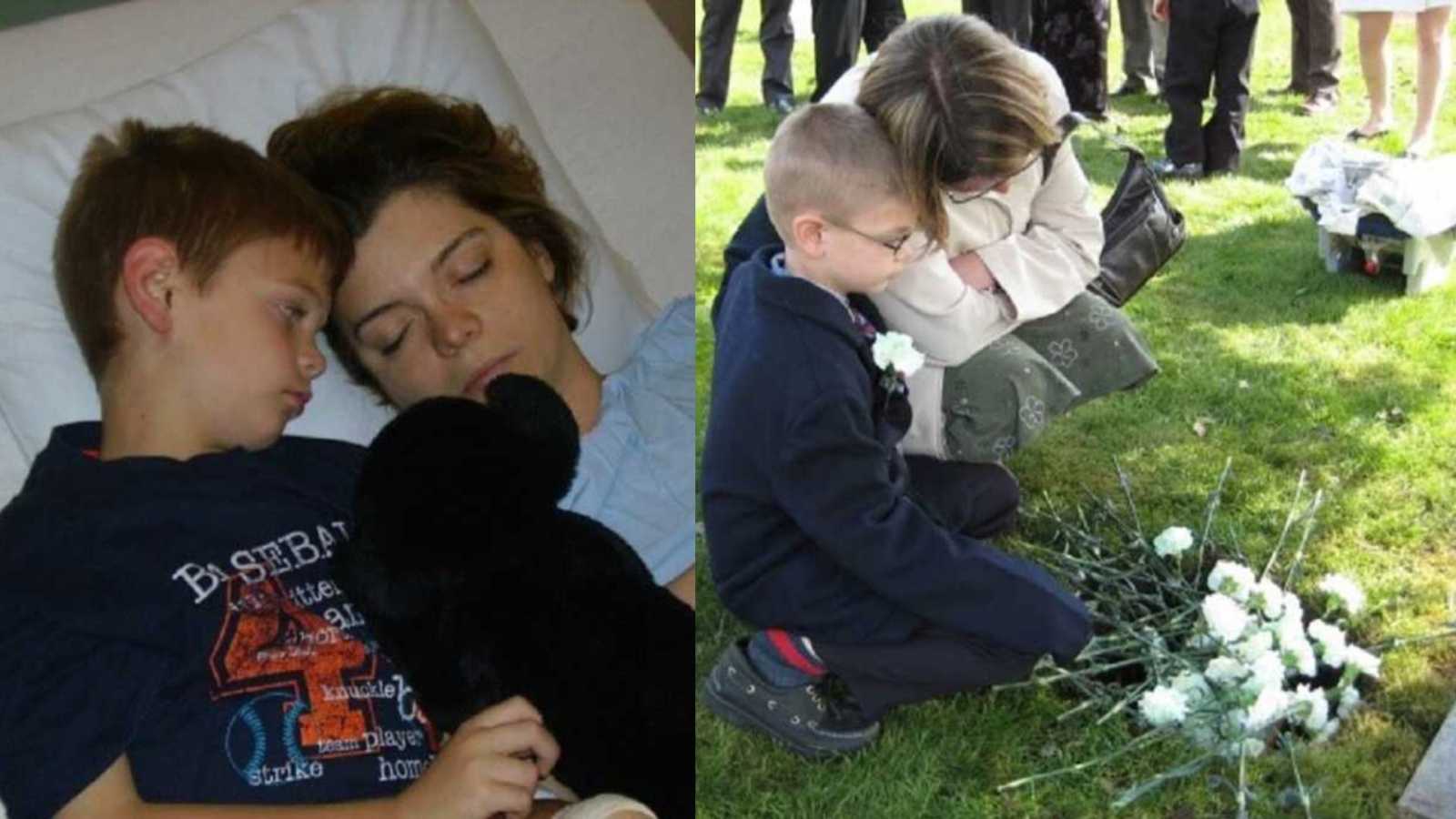 “It was the sort of bad week that would make movie goers scoff at a poorly written script depicting an unbelievable scenario.

Saturday my dad called and asked to take my sister and I out for dinner. ‘Daughter and Dad time,’ he said. Just us. No husbands. No kids. We went out for pizza. In the way that little details stick with you pointlessly, I remember the basketball game on in the background and the way the gravel in the parking lot sounded when we drove over it. I remember wondering why we were doing dinner alone and texting my husband that I had worried for nothing because everything seemed fine. Until it wasn’t fine. Until loss gripped its cold hands of terror around my heart and my foundation cracked. He waited until we were driving home. Back to our kids and our husbands. He waited until he didn’t have to look us in the eye to tell us.

The world spun in ways you don’t understand it can spin until you hear those words. Looking back, there was ‘The Before,’ and then there was ‘The After.’ I look at pictures taken earlier that weekend of me and my family. I am a stranger to that woman now. Loss happened to other people. Cancer happened to them.

We cried. We clung. We shared platitudes like, ‘well dad’s a real fighter’ or ‘doctors don’t know everything.’ We slid into googling madness looking for the one study that would give us hope. The one story that would say our dad might, maybe, live. We asked a neighborhood photographer to take pictures of us because treatment would be starting soon and who knows what the future would look like. Who knew what my dad would look like.

On Monday I turned to my husband and said, ‘I just can’t handle anything more right now.’

In life, if you are very lucky, you have one person who you know with absolute certainty adores you. That person drops everything to hear your stories. They know your favorite cookies, and make them. They host family holidays and make corny jokes. When they have nothing, they share what they do. They teach you about love and loyalty and faith; not through lectures or discipline but through presence. If you’re very lucky, you have a grandma like mine. Until one day they are gone, and all that is left is the heartbreaking absence of their presence.

My foundation cracked some more. This was The After.

On Thursday, stunned and silent, my sister and I sat in the parking lot of the lawyer’s office. We were the executors of our grandmother’s will and we had arrived a few minutes early. I remember we were talking about shock and fear and how neither of us were sleeping well. That’s when my phone rang. It was The After.

The call display said ‘St. Paul’s Hospital – Kidney.’ I was 16 months into being tested to be a living donor of a kidney to my cousin. Blood tests, ultrasounds, EKGs had all gone fine. Last week, in The Before, I had been declared an ideal donor and the final testing of a nuclear renalgram had been arranged. It was a lengthier test than I had expected. An IV with radioactive dye, signing a form agreeing to not cross an international border for 72 hours so I wouldn’t set off any alarms. Then a CT scan to map my kidneys. The technician made me wait. And then said the radiologist needed more images. And then I waited some more. They hadn’t warned me it would take over an hour, but eventually I had been given permission to leave and I thought nothing more of it. The donation was tentatively planned for several months away. But that was in The Before.

In The After, I sat my four pre-teen sons down and told them their beloved grandfather was dying. Then 2 days later I broke the news their treasured great grandmother had died. And 3 days later I told them I had cancer too. In The After, I the therapeutic, skilled, knowledgeable mother handed my children one painful lesson after another.

The next few weeks were a flurry of preparations. For my father as he prepared for chemotherapy. For myself as my tumour urgently needed to come out. For my family as they prepared for my absence during surgery and recovery.

Except I wasn’t alone or abandoned.

‘For I know the plans I have for you,’ declares the Lord, ‘plans to prosper you and not to harm you, plans to give you hope and a future.’

Two days later, the phone rang again. This time it was a social worker. A friend.

BECAUSE I JUST HAD CANCER SURGERY!

‘And that you and Shel might have some time on your hands.’

BECAUSE HE LOST HIS JOB!

‘And maybe you need a distraction.’

BECAUSE EVERYONE IS DYING!

‘I have two babies in my office. They need a home. Today.’

This story was submitted to Love What Matters by Jennifer Nickel. A portion of this story appeared on her blog. For information on becoming a living kidney donor, check out “A kidney for Bethany.” The author’s father passed away in April 2018, living 10 years past his diagnosis.

‘Within five years’ time I lost my mom to cancer, got married, lost two grandparents, had a son, got divorced and went broke.’: Woman’s journey re-defining definition of success 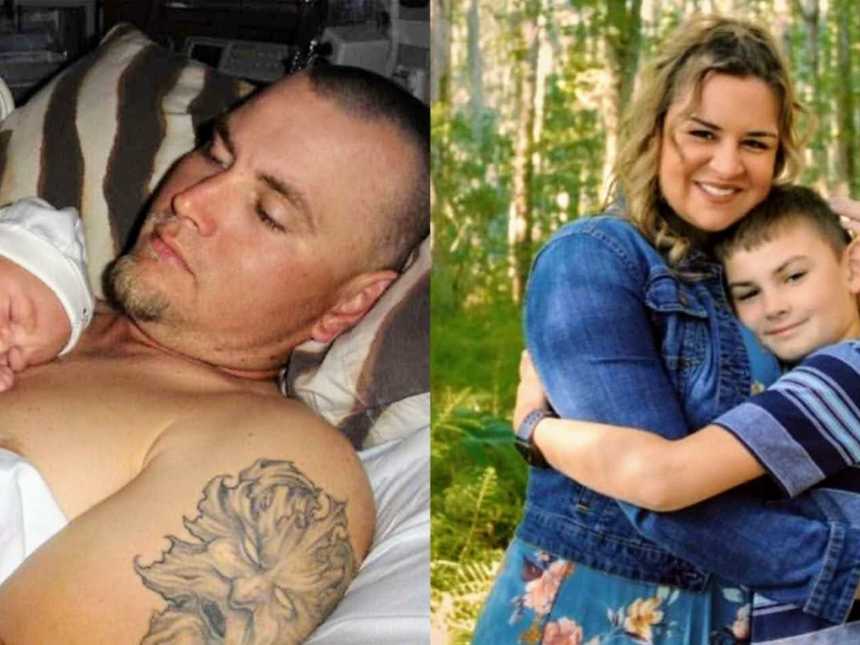 “I called Mike’s phone. It went straight to voicemail. In that moment, the air was sucked from my world. All of this was happening while I had a room of 3rd graders. I couldn’t let on that something was seriously wrong.”