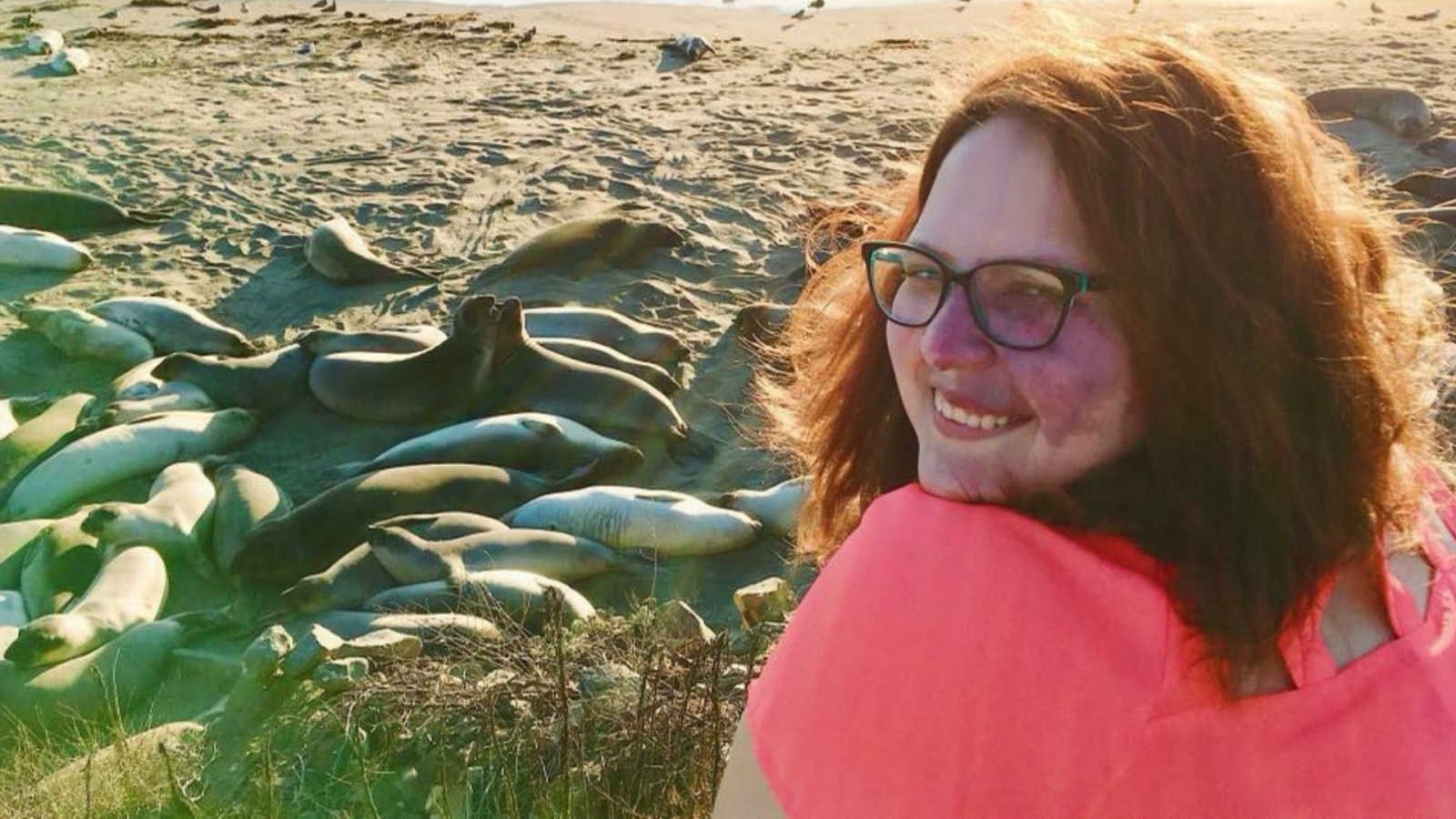 “Yesterday I was fat shamed by a complete stranger on a plane.

Let’s rewind for a second, though.

For nearly two months before my wedding – I dangerously started to dabble accidentally with an eating disorder, which is something I never imagined I’d publicly share, especially just a little over a month after.

Originally it was medication based. I started a medication for my migraines and just forgot to eat. I just wasn’t hungry – which is a big side effect of the medication. People had to remind me to eat something, anything. Or, if I ate, food made me sick as a result of the drug (another side effect) – so I felt punished for nourishing my body, even with the healthiest of choices…even when I was down to one meal a day.

While adapting to the many side effects (physical, mental, and emotional) was brutal, extremely challenging life situations arose – which is putting it lightly. Stress was high. Pressure was on – related and unrelated to the wedding. To some extent, life felt uncontrollable between the side effects, my migraines I had been experiencing for three months due to Sturge-Weber syndrome, and the hard life stuff that randomly got thrown into a blender on high speed. And choosing not to eat, even in the few times I actually felt the hunger, became a comfort.

I started to question if I had a problem developing when I tried desperately to find a scale to weigh myself, and the overwhelming joy I felt when I found one. But, I chalked it up to the excitement of the possibility of weight loss as a woman who has always struggled with weight…And oh, the number I saw!

My husband’s face dropped when I told him how much I had dropped, and I didn’t understand why he wasn’t celebrating with me.

Thankfully I had a friend who saw the red flags and spoke up with kindness, and I was able to catch the unhealthy patterns that were developing – all which I never set out to develop. And that helped me speak up to my husband, get that accountability and get back on track.

Before a man sat next to me on a plane ride from Nashville to California, and as someone living with a facial difference, I saw a very familiar look in his eyes.

But something was different.

As he scrunched his brow and looked me up and down from head to toe – there was also disgust and annoyance.

He asked to be moved. A few minutes later, before takeoff, they found him a seat. He never even spoke to me.

During our short time together, my hips didn’t even touch his. Neither did my arms.

As I looked back to confirm he moved, four rows back, I overheard him tell his new neighbor in row 15, ‘that girl up there is so huge, I…’

It wasn’t the end of his sentence, and while I’m my own worst critic – especially about my weight – I put my headphones back on and chose self-respect and self-love in that moment. I had already memorized too many of his words, too much of his tone and body language. I didn’t need to soak in any more to cling to and to use as fuel on the days I’m already my own worst enemy. Because the thing is, he’s not the first to fat shame me. I’ve done it too many times to myself before our paths ever crossed.

Instead, I choose to reframe his words – ‘that girl up there is so huge:’

Here’s the thing – he only saw my extra weight and my physical ‘flaws.’ He didn’t see me as a person, or strong woman with a story whose body has been through a lot of medical stuff – especially in the last year or so. And I’m sure he didn’t stop to consider that I dangerously walked the line of anorexia just a few short weeks ago, curves and all.

For the last few weeks I’ve been working on my weight in a healthy way. I’m eating healthy meals and avoiding fast food as much as possible. I’m trying to get exercise as much as I can as I find balance with some stuff going on inside my body, like major pain from an accident I’m still trying to heal from. But while this man is already at a healthy weight, I hope in the future he considers the weight of his words.

Yes, I have room for improvement – but don’t we all?”

‘He didn’t understand why anyone would see it as an issue, or as a valid reason to not date a girl.’

I called my fiancé in tears after the ambulance arrived. ‘I don’t know if we’re going to make it to Ohio –You may be at our engagement party alone.’