“My story is long and life-changing. I was in my senior year of nursing school, 24 years old, when I told my husband, Dalton, I was ready for a baby. We had been married for almost 3 years and I was about to graduate to work in a field I loved; I thought it was the perfect time. Though it was the perfect time in our lives, there were a lot of other factors to play into this journey. I am a type-1 diabetic, and PCOS runs in my family. I always knew in the back of my mind I had PCOS due to never having a regular period. With these factors being a part of the journey, I spoke with my endocrinologist who referred me to a specialty OBGYN.

I went into my appointment hoping maybe I was already pregnant because I had not had a period that month. Labs were run and an ultrasound was done. I was the furthest from pregnant—I was diagnosed with PCOS. With my diagnosis, I was immediately put on Clomid to help with infertility. I was told I ovulated maybe once a year. I thought, ‘Okay, this will help speed up the process. This will be great!’ I took three doses of Clomid before I got a positive pregnancy test, and then I couldn’t believe it so I took many pregnancy tests. I went in around 9 or 10 weeks pregnant. I thought, ‘Man, I am huge, there has to be more than one baby in there.’ Oh, was I in for a surprise…

Dalton and I went in for the ultrasound, we immediately saw three sacs! Okay, we’re having triplets—we were in shock, and by the time we started to process this news, the sonographer said, ‘Let me make sure there aren’t any more in there…’ And what do you know, she found one more sac! We were having quadruplets.

I immediately went into a panic. We needed a new house, car; our whole lives were going to be turned upside down! Dalton processed the news a lot better than I did. We went home to announce to the world and tell family and by this time, we were amazed and excited, but after telling people, it became extremely overwhelming for me.

When people announce they are pregnant or pregnant with multiples, I never think to ask, ‘Was this natural or did you do fertility treatment?’ But everyone else thought it was okay to ask. I had family turn their nose up to me for taking Clomid and I never understood why. I became angry and ashamed—who cares how they were conceived? They are miracles. I spent most of my pregnancy fighting these emotions on top of being terrified of carrying four babies. I was terrified of dying while giving birth, I was terrified of managing my diabetes while trying to grow four humans, I was terrified of never graduating or working. I was terrified of the future.

The pregnancy went smoothly up until it didn’t. I graduated nursing school in December of 2019 while being 5 months pregnant and had plans to take my nursing boards at the beginning of January of 2020, but the babies had other plans. My cervix began to shorten, and I was admitted into the hospital on January 3rd. I spent a month in the hospital trying to hold the babies in as long as I could. I could not get a cerclage due to the risks outweighing the benefits. It was up to my body to do the work of holding them in for as long as it could. They were born on January 28th at 2:15 p.m. in the afternoon the gestational age of 24 weeks and 6 days; Aaron, Noah, Owen, and Lizzie. They each weighed 1 pound and 10 ounces—they were tiny, but I was on cloud-9 being able to touch them and see their faces.

They were in the NICU for a very long time, seemed like years. The boys were in the NICU for 4 months and had to be transferred to CHOA for surgeries and serious health conditions. Lizzie stayed at Atlanta Piedmont, the hospital she was born in, for 3 months. She thrived and was the first one home sometime in the beginning of May. The boys all came home on June 6, with oxygen tanks and feeding tubes and health conditions to be followed up on. Aaron and Owen began to thrive without any complications once they were home with us. Noah has serious health conditions from a grade-4 brain bleed and failing kidneys. He was the one I did not think would make it. He was the one they offered to take off of life support at 4 days old, he is the one who has beat all of the odds and is kicking *ss.

During the NICU journey, I was a mess and I was so depressed. I was mad at myself for not holding them longer, I blamed everything on myself and continued to do so for the following year. Even though Noah came home, we spent the rest of 2020 at CHOA for complications with his brain and kidneys. I was struggling—I can’t tell you how many times I sat in the car screaming at God and crying. I honestly thought we made the wrong decision to not remove life support when we were offered because how is this life fair? He was sick, he was in pain, how could we do this to our son? Family and friends who are more like family constantly remind me God has a purpose, and everything is going to be okay. It was something I had to tell myself daily.

I was so lost; I didn’t know who I was or what I was doing. You know how they say you lose yourself to motherhood? Yeah, I lost myself to motherhood. Remember me saying I graduated nursing school and didn’t get to take my boards due to being admitted to the hospital? Well, I did end up taking my boards in May after Lizzie came home and I passed. I was a registered nurse just sitting on my license for a year and not using it. When 2021 came around, I thought it was time to work. I can do this; Noah was home, the other three were thriving and turning into wild toddlers, so I got a job at Piedmont! I was beyond excited. I went through the new grad program and I thrived in my work, but I wasn’t thriving at home.

My family was not happy, and I felt like a failure because of it. I was needed but did not have the energy with working 40 hours a week. After a huge hit of reality, I quit. I ended up finding myself through my failures and realized my calling, for the time being, is motherhood. I told you my story was long, but I want to tell you what I learned: YOU are strong, YOU are worthy, YOU will get through this. Every mother’s journey is different, but what I have learned is we as mothers have a lot of the same emotions—turn to family and turn to friends because you are NOT alone. You are a good mother even on your worst days.

Your child looks at you like you are a magical unicorn, there is no one better than you! Don’t listen to what other people say about your journey unless they are there to support you and love you, because at the end of the day, it’s YOUR family and life, not theirs. Your journey is going to have so many bumps in the road, but each bump has a purpose and God is taking you through this for a reason. Enjoy the journey, take in every moment (even the bad ones), because it will make you even more grateful for the good ones. Finally, take time for yourself and take care of yourself so you can find yourself through this crazy thing called motherhood.”

This story was submitted to Love What Matters by Kortney Deleshaw. You can follow their journey on Instagram. Submit your own story here, and be sure to subscribe to our free email newsletter for our best stories, and YouTube for our best videos.

‘All I could think was, ‘How can you miss a baby?’ Twins quickly turned to 3, then 4. I could not believe my eyes.’: Mom births miracle quadruplets after battling infertility, cancer

‘Something weird was happening to my body. My abdomen started to swell. I appeared 7 months pregnant. The second we left the clinic, fear invaded us.’ Mom births quadruplets, claims she wouldn’t ‘change it for anything in the world’

‘It’s confirmed, you are having quadruplets.’: Couple struggling with fertility become pregnant with four babies, ‘He looked like he was going to faint.’

‘I need to talk to you.’ I just said, ‘The brain.’ My husband was in shock, but I knew. We wouldn’t get our baby girl.’: Mother loses twin daughter to anencephaly, ‘My oldest gave me a lovey for her to take to heaven’ 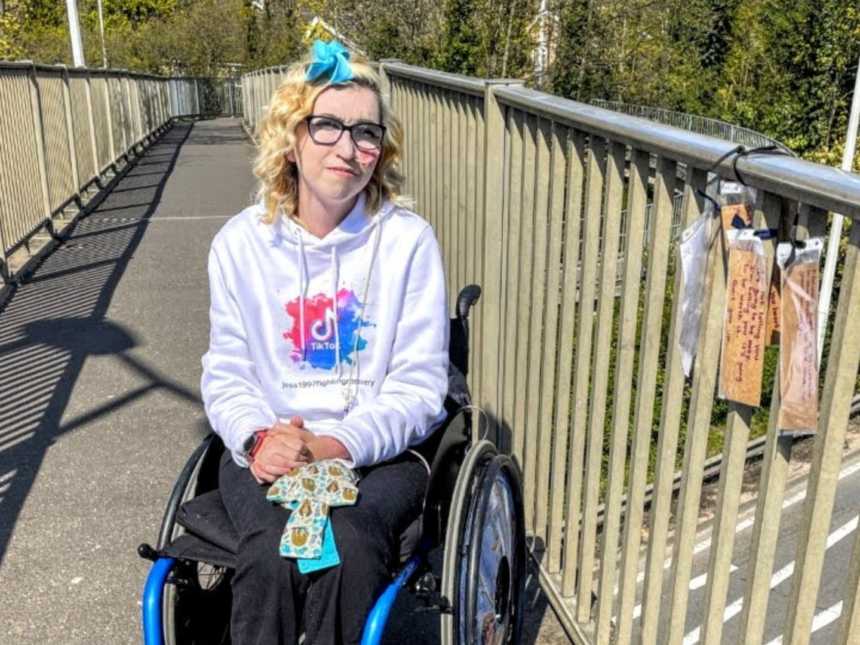 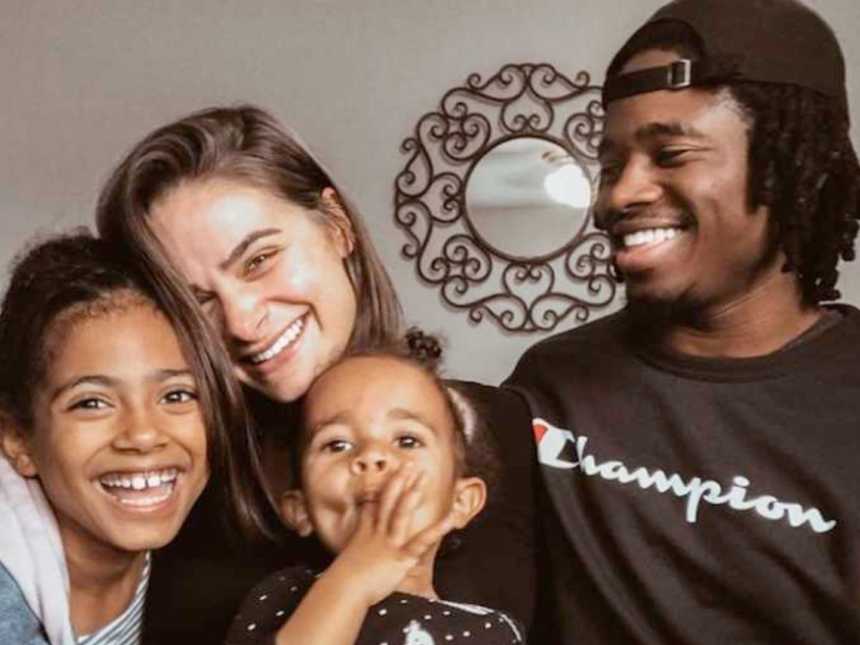