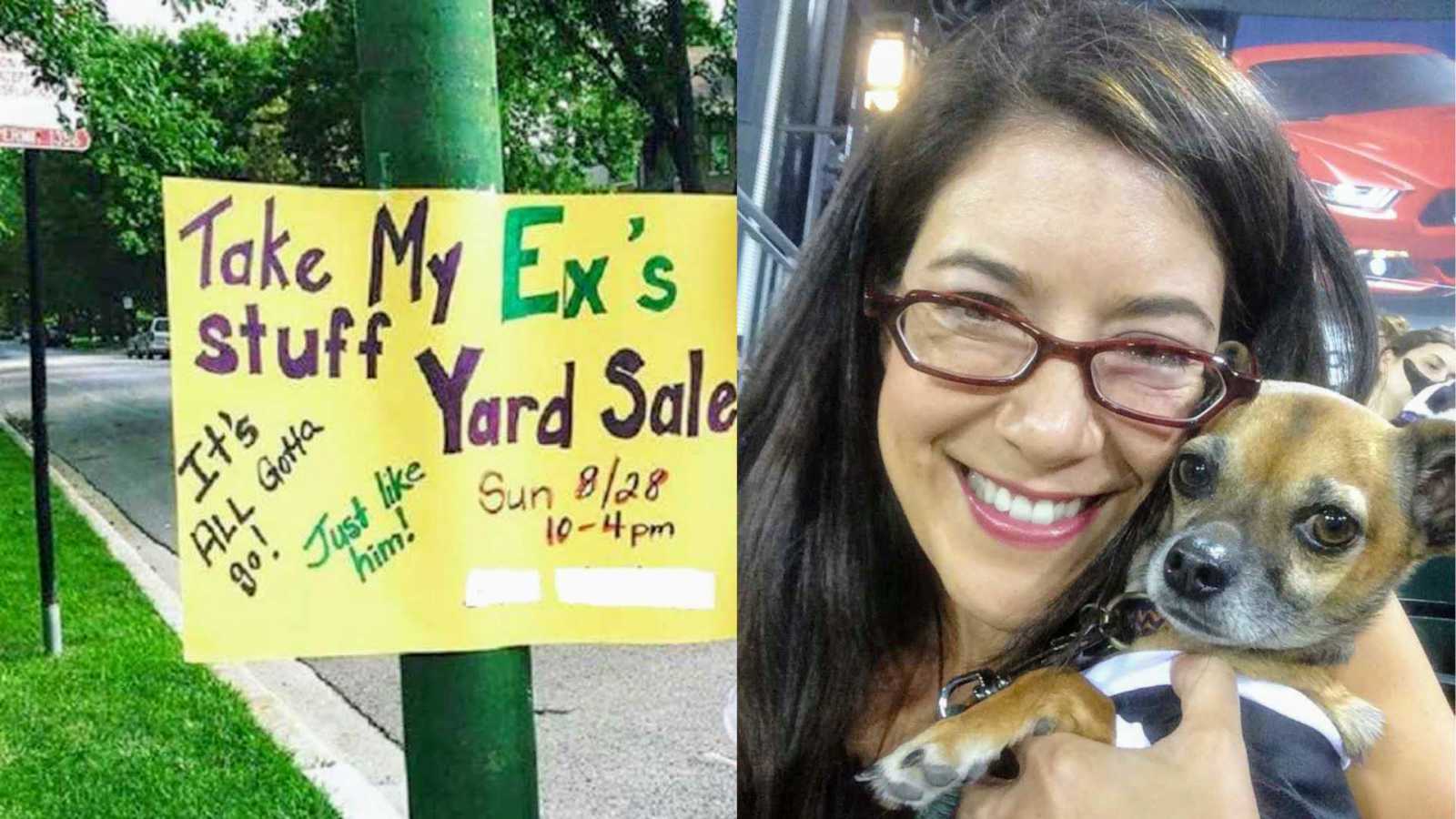 “I got married at 25, which some people might consider too young. I’d have to agree with that. I thought I was supposed to complete the formula for girls my age – meet someone, get married, have kids. Except at 25, I was too young to see the red flags. In retrospect I felt something was off, but I ignored my gut and went through with what might be considered the worst mistake of my life.

I now prefer to view it as a huge learning experience. My divorce was the best thing to ever happen to me. Because if I had not gone through that toxic 20-year relationship, I wouldn’t be where am I now, completely content in my much simpler life.

The final straw was in 2015 when my ex participated in the final affair that ended our marriage. We had thrown a small birthday party for me in our backyard using a chef to cater, a silent auction purchase from a few months before. During the dinner, my ex was distant and mean, calling me his ‘future ex-wife’ and ‘mosquito tits’ across the table in front of all my friends. He drank too much that night and went to bed before our guests had even started leaving. Phone records would indicate he was on the phone with his cheating partner that night as I was thanking our friends for attending and helping the chef and waitstaff clean up.

The next weekend we went out to dinner on a Saturday night. He’d been acting a bit strangely, distant and kind of sad. He kept telling me, ‘You deserve better.’ I had no idea what sparked this until the next morning when we were in bed talking. His behavior triggered something in my head and I asked him if he’d had another affair. He denied it at first saying ‘they were just friends,’ but I knew the truth. I even could guess who it was. He had a habit of bringing up an employee repeatedly in conversation. That was usually the first clue that something was going on. Leading up to that I tried to forgive him twice, though the affairs spanned the duration of our 18-year marriage. The second one being in 2012 that dredged up all the affairs prior to that (though I only knew of one) and a handful of very bold lies that made me question who this man even was.

After realizing the reality this man will never stop cheating, I jumped out of bed with my heart in my throat. ‘It’s over,’ I told him. He didn’t argue and promptly left for the day while I sat in my house with my mind racing about the ordeal of a divorce and where to even begin carving out my new life. Panic set in as I messaged some friends and told my travel buddies I’ll be coming to Africa solo. It was supposed to be a couples trip. But there was a tiny part of me that felt relief, because living with him was a dance of walking on egg shells offset with extravagant trips and a huge dream house we designed. It was an emotional roller coaster. I had felt trapped as I had stopped working and lost faith in my ability to be independent.

The two years following my separation were full of anxiety and depression along with manipulation and threats from my ex to leave me ruined and broke if I enforced the post-nup he gave me after the affair in 2012. But therapy, a wonderful financial advisor, a capable divorce attorney and supportive friends, family, and the 6 dogs I took in after the separation guided me to where I am now.

I had to sell my dream house, which was incredibly emotional, and adjust my lifestyle to a simpler one that did not include fancy dinners and 5-star hotels on a regular basis. As I prepped to move out of the marital house, one of my best friends offered to help me host a yard sale, as I had way more furniture than I needed. It was an opportunity to get rid of things that held lots of memories. Over a few bottles of wine and some markers and poster board, the ‘Take my Ex’s Stuff Yard Sale’ was created, and an epic hit in the neighborhood.

I won’t say it was easy watching people go through my memories and buy them off my front lawn, but it was cleansing, empowering and fun because I was saving to go to India and the Maldives with friends and this would help pay for that trip. Though I said goodbye to the house of my dreams and fancy dinners, I got so much more in return. My very own home with a deck so friends can come over on beautiful summer nights and grill, and amazing trips with my buddies that sometimes include 5 star hotels as well as modest accommodations but always have laughter and adventure with people I love dearly.

Stress does terrible things to your body. The first few months after I realized my future was going to be dramatically different than I had envisioned, I lost quite a bit of weight, got pink eye, the flu, bronchitis, laryngitis and a skin infection. I couldn’t sleep more than 2 or 3 hours at a stretch and I resorted to alcohol to get me to sleep which made training for the 2015 Chicago Marathon so challenging. But after going through that, not much phases me anymore.

I put life challenges in perspective now and compare everything to the hell I went though, and know I’ll come out of it on the other side stronger. Bumps in the road are a part of life. It’s how one chooses to get over them is what defines them. I choose to take them head on and enjoy those smooth moments.”

This story was submitted to Love What Matters by Julie Frugé of Chicago. You can follow her journey on Instagram. Do you have a similar experience? We’d like to hear your important journey. Submit your own story here, and subscribe to our best stories in our free newsletter here.