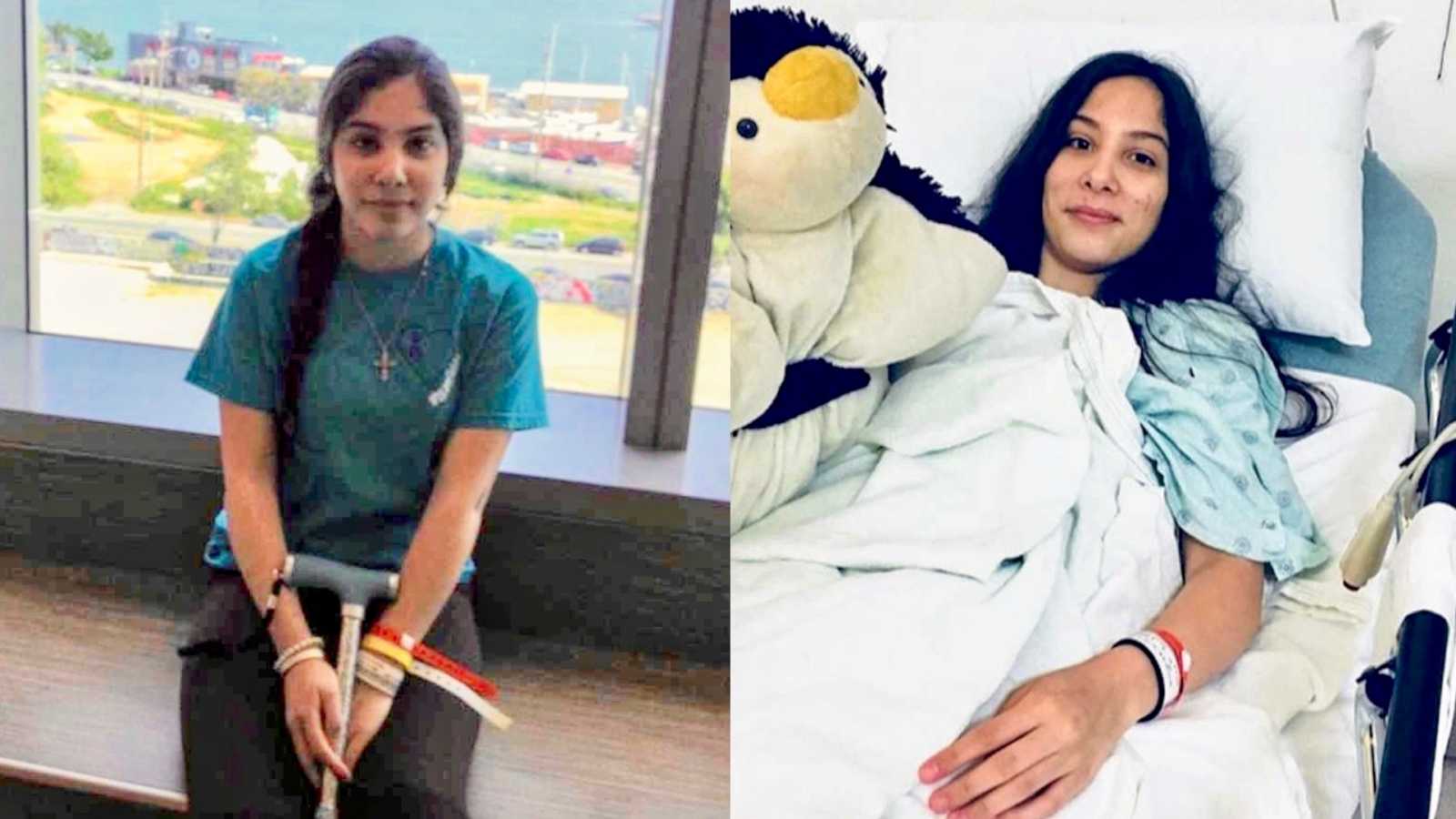 I’m Christina and I am 19 years old. Being in pain caused my life to change. To introduce myself I’ll start with the fact that I am chronically ill and I have had chronic pain since I was 11 months old. To say that I have been sick my whole life is an understatement. There has NEVER been a day where I am not in pain. Not only is my specific story rare but it is very hard for doctors to understand. I am an identical twin and during my mother’s pregnancy my parents were informed that we were discordant, also known as TTS (twin to twin transfusion ) where my sister was taking all the nutrients and I wasn’t growing anymore. We were born premature in order to save my life. I was a very fussy baby and nothing could calm me down. I needed to be wrapped up like a burrito very tight in order to calm me down. My sister was born healthy as can be with no pain which is why my story is hard for doctors to understand.

At the age of 11 months I began pointing to my right leg and saying ‘owwwie leg’ and constantly crying while curling into a ball, specifically hugging my right leg while twisting myself into a pretzel. My parents were concerned and took me to see a neurologist who had my parents videotape my movements to see if he could make sense of it. All he said was that it looked like was a mild dyskinetic movement. My mom felt like there was more to the story because what he said did not explain the constant pain I was in.

I was taken to doctor after doctor for years after my pain wasn’t getting any better and I was getting MRIs or CTs trying to come up with why I was so miserable. It wasn’t until I was teenager that I got diagnosed with Amplified Musculoskeletal Pain Syndrome in January 2015 as well as Fibromyalgia in May 2016. In June of 2018, after years of confusing digestive issues, I was also diagnosed with Gastroparesis. Unfortunately there is no treatment for either disease besides physical therapy and medication to try to dull the pain.

There were years of doctors saying ‘we don’t have an answer to why she’s in pain.’ It went from being growing pains, to an attention seeking teenager to a sick person with a real illness. It took years for them to recognize my pain and I’ll never forget that. One rheumatologist who is a so called pain expert specifically told me ‘you are a 13 year old girl with a sick dad, you must just want attention.’ But what that doctor didn’t know is that my sickness has been happening much longer than my dad’s who became sick in 2008 when I was 9. I got sick in 2000 when I was 11 months old. Therefore his statement was wrong and just plain arrogant. I was used to being misunderstood by doctors but this was the last straw. I walked out of there crying with my heart broken believing that if this so called expert couldn’t even help me, nobody could help me. Both my parents were shocked by what he said but they told me I couldn’t let one person get in the way of finding out the truth of what was happening to me. They kept saying ‘you can’t let one bad person change the way you view the world.’

Being in pain as a teenager takes your life from you, I never got to be a normal kid who went out and didn’t care about rules because I was stuck in the hospital most of my days. I got my first cane when I was 15 and can you imagine being with a cane in high school? The worst comment I received was being called ‘the blue cripple’ because my cane was aqua blue. I remember one specific time I came into class late because I was in the nurse’s office and my Spanish teacher saw my cane for the first time and she yelled very unprofessionally ‘YOU HAVE A WALKING STICK? OH MY GOD!’ and that caused the entire class to turn to look at me and my cane. I heard comments like ‘haha she’s a cripple.’

One day in March 2016 I was in the hospital for 4 days for an EEG test at UCSF children’s hospital when I discovered I came home friendless. A girl in my group decided she wanted to ‘take over’ the group. She was jealous of the fact I had ventured outside the group and gotten into a relationship and she also said that I got attention from being sick, which I did not want, and she was apparently jealous and wanted to make sure I’d be completely alone. She threatened my friends into leaving me by telling them they’d be all alone if they stayed with me. So now after being heartbroken due to my body betraying me, I became heartbroken to find out I was also betrayed by my best friends.

I would like to tell all doctors to stop being so ignorant and accept the fact that their medical textbooks aren’t all updated and just because a symptom isn’t acknowledged by the book doesn’t mean that it’s not real. I would also like to tell the rheumatologist who made me cry to know that I’m not the same 13 year old. I still have pain and now I’m 19 and I have the disease you said never existed I’m stronger than before. I wish to god that you know that.

Thanks to all that I’ve gone through I now advocate for kids with cancer or chronic illness. I know what it’s like to be a kid and have to grow up in the hospital, to be alone and not understand why you of all people have been chosen for this life. I graduated high school despite not being to attend for 2 years on and off because of all my hospital trips and pain.

I am now in college and studying to become a hospital social worker in order to work at children’s hospitals that I have been treated at. I want to give back to the hospitals that saved my life. still live in pain every single day, I wake up feeling like there are knives in my legs stabbing me all over and there is no relief. with no treatments available. I just want kids to know that they’re not alone and for doctors to know that THIS CAN HAPPEN! PAIN CAN HAPPEN AT ANY AGE! And I believe you.”

This story was submitted to Love What Matters by Christina Gonzalez. Follow her on Instagram here. Do you have a similar experience? We’d like to hear your important journey. Submit your own story here, and subscribe to our best stories in our free newsletter here.

‘The doctors said, ‘Good luck. There is no cure.’ I didn’t think I was going to make it. My siblings were scared for me.’

‘Lupus has given me the most self-confidence I’ve ever had.’