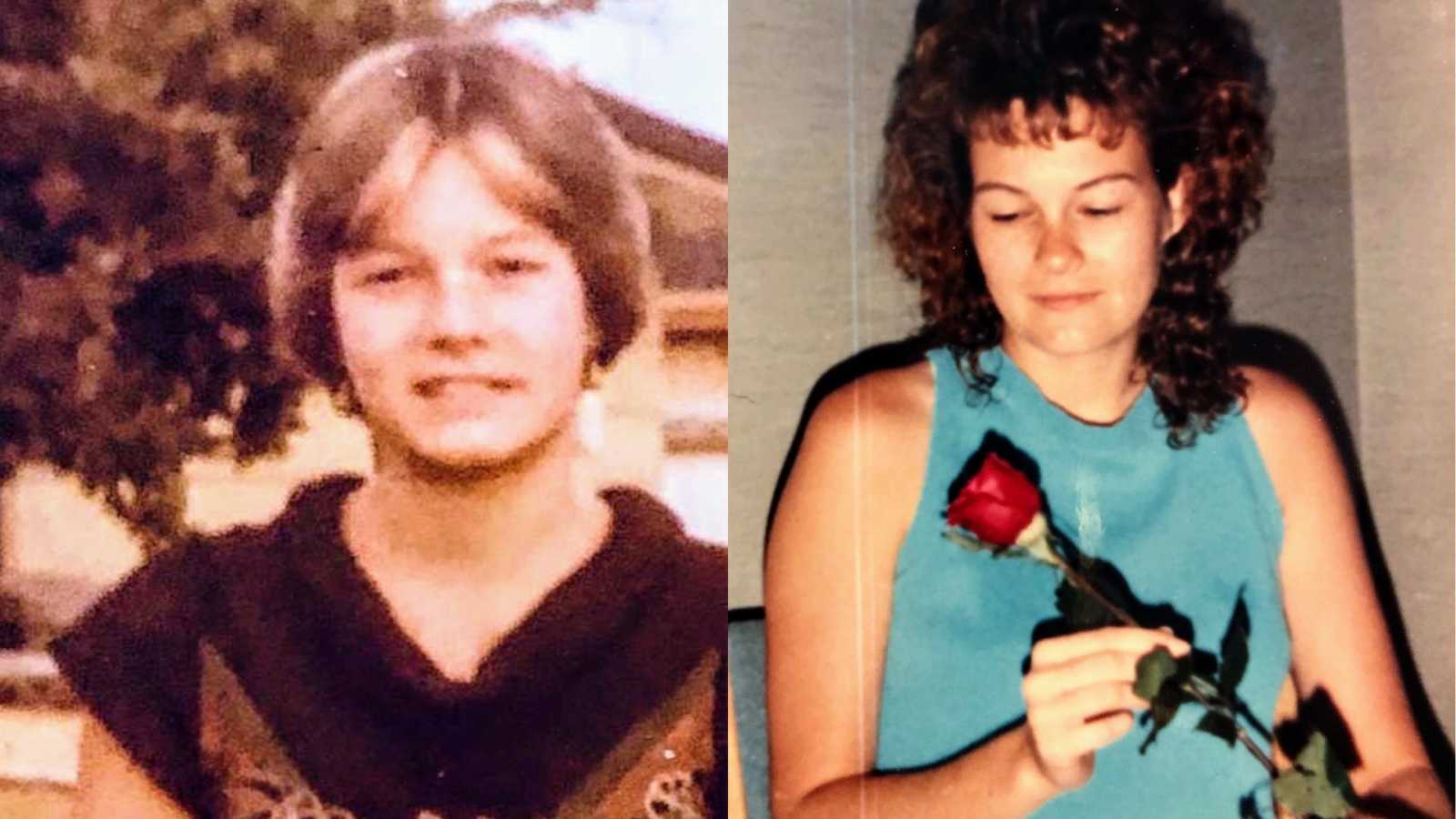 “I slept in fear. The Browns, the kind loving family that took me in after I escaped, treated me like one of their daughters, but still I slept in fear. Always with the light on in the bedroom upstairs, waiting for the day that my ex-husband would break into their house and drag me into the street, like he did at my mother’s house, that horrific night.

I was 16 years old when I got married. I came from a dysfunctional home. My mother would tell me that she didn’t love me, that she hated me and wished that I would never been born. She kicked me out when I was 16 years old and my parents were getting divorced. My dad signed for me to get married to C.

He was quite charming, and he knew how to manipulate me from the start, but C wasn’t a good person. If I was cooking dinner he would take the boiling hot water from the pot on the stove and put it on a spoon and flick it at me. Sometimes he would just grab my arm and spray me with aerosol cans to burn my skin. I never spoke of this to anyone. I lived in complete shame.

‘If you ever leave me, I will kill you, before I ever let you be with anyone else.’ C’s words kept me his prisoner in our marriage.

I will always remember C’s haunting words as he popped more pills that night. ‘Remember the way I was last night? Tonight is going to be worse.’ I was looking into the eyes of pure evil. The eyes of the man that held me prisoner in our own bedroom.

How was I going to survive? I never knew when it was going to be my last breath, as his hands were once again around my throat. A will to live, a fight sparked within me. Every chance I had I jumped off the bed to grab something to use as a weapon. He ripped the phone out of the wall that I grabbed, and he laughed and said, ‘What are you going to do, call the police?’

The 24 hours of the fight of my life were filled with mind games. The blunt end of the sharp knife would strike my temple as he turned it at the last second. He continued to do this over and over. My throbbing head held against the bed, I was frozen in fear. There was a chill in his voice as he described how he was going to dispose of my body in the dumpster behind the apartments. ‘Nobody will even miss you. No one cares about you. No one loves you.’

The torture went on all night into daylight.

I never knew when I was going to die, when it was going to be my last breath. I only knew that I needed to escape.

I grabbed one of his empty bottles after many attempts to get away that night. I hit C over the head and he covered his head and I hit him again striking his arm. I ran out of the bedroom,

completely naked, grabbing my work smock off the back of the chair, throwing it on as I ran out the front door, running throughout the apartment complex looking for help.

The only person that would help me was a young mom. She let me stay in her apartment and I called the police. Her neighbor was a police officer and she went to see if he was home. He wasn’t there and she saw my husband C, searching for me and he was bleeding. I was terrified he would find me.

It was hours before the police came. Domestic violence was not a big thing back then, the police didn’t want to get involved. It was his word against mine. I had strangulation handprint bruises imbedded in my neck. I called my mom to help me get what I could, never returning there again.

Later that night he came to my mother’s house. He kicked the back door in, busting it wide open. He dragged me in the street, trying to drag me into his friend’s car. My mom and baby sister tried to help me.

One lone Angel, Mr. Bob, stopped C that night. He told the driver of the car that C was trying to pull me in to leave. The police came. I was told to file a restraining order. He was only arrested for breaking into my mother’s home. No other charges were brought against him.

I knew my only chance of surviving was to get out of town. My friend’s mom found a place for me to stay. I slept at a friend of a friend’s house that night, and in the morning I went incognito on public transportation to my destination. To live with a family that I had only met once when I was younger on a retreat.

My mom refused to drive me there. So I called my dad and told him that C tried to kill me and I needed a place to stay. He yelled, ‘You can’t stay here!!!’ The women’s shelter put me on a list, but they were only taking women with children first. My only option was to live with a family I didn’t know.

I called my employer and said, ‘My husband tried to kill me. I have to quit,’ and hung up the phone. I tried to live as normal as possible.

I lived in shame, suffocating my painful past, keeping it buried deep within. I didn’t realize how much it was affecting my day-to-day life. Very few people knew my story because I was ashamed. When I was 17 years old, I always heard the words, ‘She got married at 16, something must be wrong with her.’

I didn’t know how to process it all, so I just buried it. I thought that I was unlovable. The trauma was always there waiting to be released. His hands around my throat, left me with a constant panic of not being able to breathe.

I am now 55 years old and I have released my shame by sharing my story. I share a lot of different things in the women’s Facebook group that I started called ‘Women Warriors Empowered, Love and Unity.’

I know that I was saved for a purpose greater than my pain. I have found my voice. I have love and forgiveness in my heart and soul. I choose to no longer be a victim. I am finally free, to just be me.”

This story was submitted to Love What Matters by Debbie Ortiz of New Orleans, Louisiana. You can follow her journey on Instagram and her Facebook empowerment group. Do you have a similar experience? We’d like to hear your important journey. Submit your own story here, and be sure to subscribe to our free email newsletter for our best stories.

‘I needed to tell, in case I went ‘missing.’ I was terrified. ‘You’ve been talking again, haven’t you?’ I ran into the bathroom. ‘Mom, please come.’ It was now or never. It HAD to happen NOW!’

‘He proposed in a big, elaborate way in front of my family. I was terrified. I didn’t know how or when, but I knew my life was over. I had to make my move.’ Woman escapes after decade-long abuse