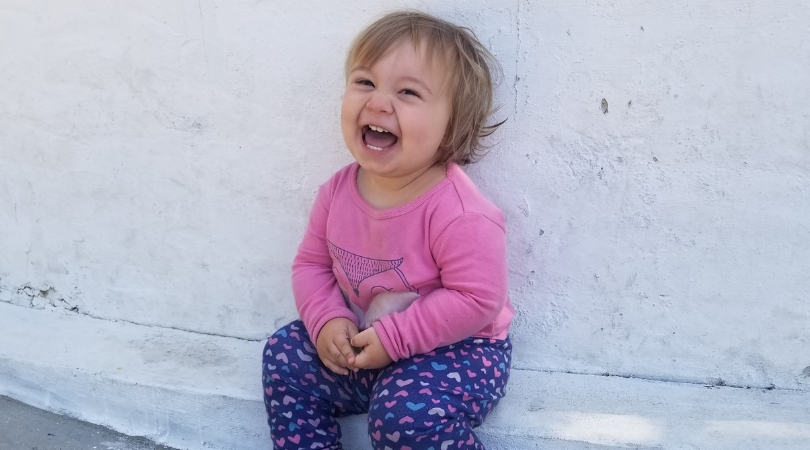 “Wednesday, March 16th, was like any other day. Our truck had recently been broken into and we needed a new radio so we packed up our son, Nicholas, and went to a nearby shop. I took pictures of him sleeping in the car seat for my mom as we waited. That night his father worked overnight, 11 p.m. to 7 a.m. I dozed with our son around 9 p.m. that night, and woke as his father was getting ready for work. I couldn’t sleep even though Nick had gone back to sleep. At 3 a.m. Thursday, March 17, I got up to take a shower and give him a bottle. I finally dozed around 4 a.m., and he woke me at 6 a.m. His dad came home at 7 a.m. and we all tried to sleep some more.

The rest is so foggy. I remember him crying and seeing his dad was handling him, so I groggily got up to get another bottle. I dozed again. It was 10:50 when I woke up. I’ll never forget that. I looked at Nick and said, ‘He looks oddly pale,’ but thought it was lighting and my lack of having contacts in. I went into the bathroom and heard his father say the worst words. ‘He’s not breathing!’ I didn’t understand. I then had my contacts in and ran out and saw him – and felt him. He was cold as ice and pale as a ghost. It made no sense. I started screaming wordlessly, over and over. His father slammed the window shut and called 911. I couldn’t stop screaming and yelling his name, begging him to wake up. I tried to open his eyes, and even tried pumping his chest uselessly.

When I heard the sirens I ran outside and flagged the cop down and ran inside, begging him to save my son. Turns out it was a cop we knew. As he attempted to revive our son we heard the paramedics coming down the street and they ran inside and started working on him while they were questioning us. They said we have to leave now so I grabbed my shoes and a jacket and ran outside to go with them in the ambulance. Even though the hospital is within 5 miles from us it felt like the longest drive ever. I kept looking in the back to see what they were doing and to see if they had revived my son. The driver was asking me all kinds of questions that I was struggling to answer because I was in such a state of shock.

When we got to the hospital they wheeled him into a room and immediately continued to work on him, asking me to sit outside. I will never forget when they came out of the room and asked me if I wanted to see what they were doing, because something about the way they phrased the question gave me hope they had done something to revive him. But when I went into the room, they asked me if I wanted them to keep going as he was not breathing on his own. I made the decision right then and there to tell them to stop because I knew in my heart he had been gone and was not coming back. They asked me if I wanted to say goodbye to him and tried to place his cold, pale little body in my arms but I freaked out and ran from the room instead, crying. I remember calling my mom and crying, telling her what happened and she immediately left her work and came to us in the hospital, as did his father’s parents.

Those first few weeks are still so foggy, I just remember I wasn’t eating, I refused to drink anything, I didn’t want to do anything but cry and sleep and try to forget what had happened. My son’s father made all the decisions about his funeral and I’m so glad he did. We had him cremated and I kept his urn and also a necklace with his ashes so he would always be with me.

We didn’t talk about it much but we both agreed there was no point in waiting to try to have another kid because we would always be grieving our son, and no amount of time would change that. We took comfort in each other and immediately started trying to get pregnant and surprisingly, I was pregnant within a few weeks. No baby could replace him, but why not help fill the void? The entire pregnancy however, I was a wreck. If something that had no answers like SIDS could happen to our son, what else could possibly go wrong? I feared a miscarriage even though I had never experienced it, I feared still birth even though it had never happened to me, I feared some unknown genetic disease because SIDS is so unknown. But at every checkup, our beautiful little rainbow girl was healthy and thriving.

I remember feeling so much guilt though because I took such extra careful precautions with everything I ate and drank to try to ensure her health. I never drank or smoked with either pregnancy, but I also did not take prenatal vitamins with my son and I did with my daughter. I made sure to eat protein and vegetables and fruit and anything I could do to ensure her health. She was born December 27, a late Christmas present from her brother. We named her Layla and gave her the middle name Nicole in honor of her brother in heaven.

Those first few weeks and months are such a fuzzy blur as I almost got no sleep because I could do nothing but check her breathing all night. I felt some regret as I was tired and hormonal, and I hated being so scared all the time. I forced myself to breastfeed her as I had read there was a 33% chance of lessening the risk of SIDS. It was a struggle at first but as we got it down. I loved the beautiful bond we had, even with the guilt I felt knowing I didn’t breastfeed her brother or sleep with him. I chose to let her sleep with me so I could check on her breathing all night and because I had read that babies sleeping with their moms are supposed to be less stressed, have more regulated heartbeats and it reminds them to breathe.

As she neared the age of 10 weeks, the age her brother passed, I felt like time stuck and I was holding my breath. But then she was 11 weeks, 12 weeks, 13 weeks. I started to breathe a little easier, being cautiously hopeful I would get to see her grow up as she hit all the milestones we never got to see with her brother, from sitting up to crawling to eating to walking. She still sleeps next to me at night and I still wake up panicking when I’ve slept for more than 4 or 5 hours. I immediately check her breathing before anything else. I still worry too much when she hits her head, or falls down, or when she’s eating food and sounds like she’s choking. I have panic attacks, a lot, over what should be minor things. But I wouldn’t change having her for the world.

She’s 21 months old now – a smart, loving, social little chatterbox who loves animals of all kinds, books and Moana. Even though some family members were concerned I got pregnant too quickly, she was everything we needed after such a tragic passing. She’s my heart and soul, my reason to keep going, my light in the dark. She’s the reason I smile and laugh every day, the reason I don’t cry daily, and when I do cry it’s only because I’m amazed at how lucky I am to be able to be her mother and to see her grow up, even while always missing her brother. When she’s old enough to understand, we will tell her about her brother. She deserves to know she has a guardian angel watching over her.”

This story was submitted to Love What Matters by Gracie Manuel, 28, of Fullerton, California. Do you have a similar grief journey? We’d like to hear your story, for other parents to know they are not alone. Submit your story here, and be sure to subscribe to our best love stories here.