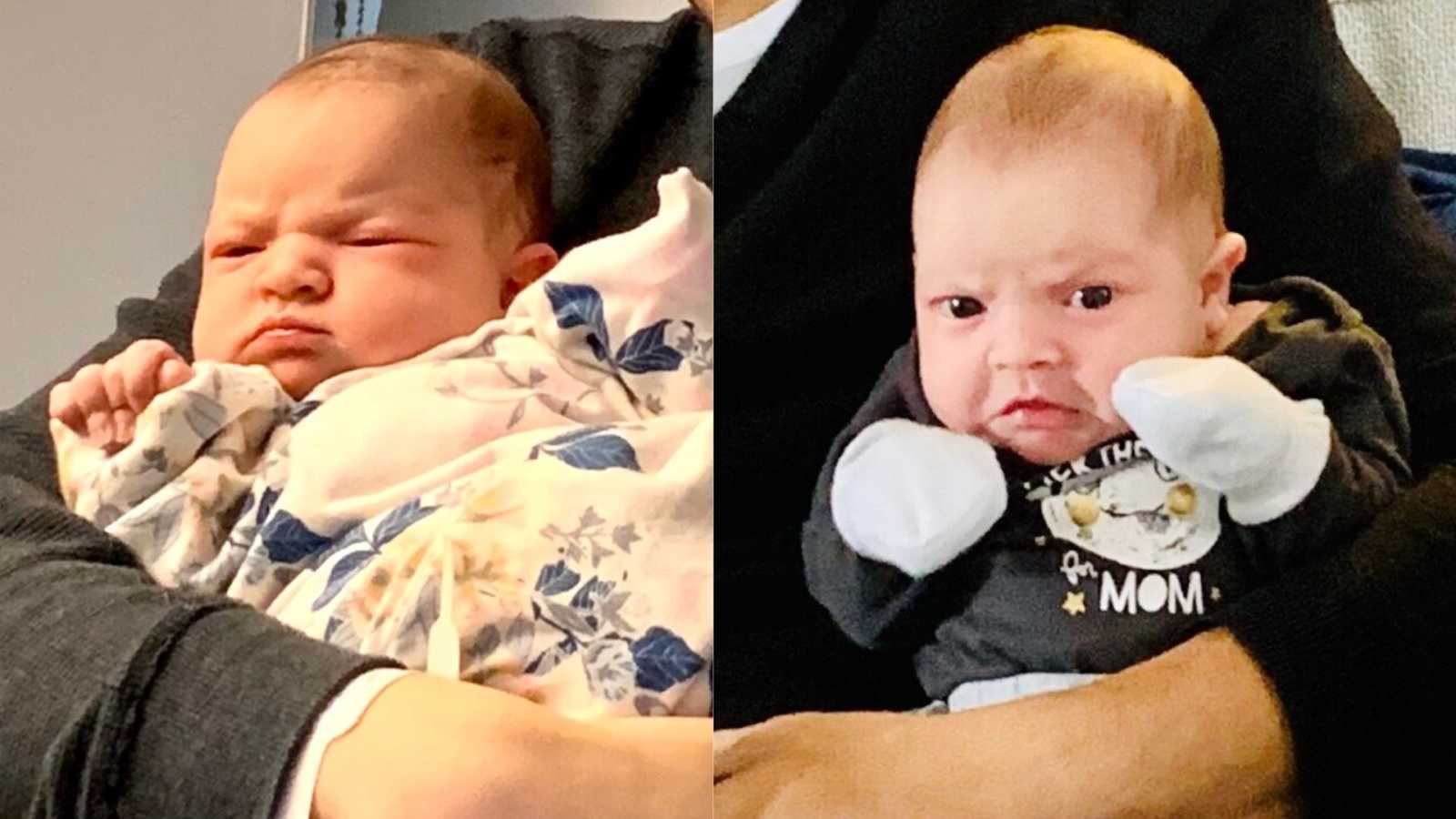 “Our Journey to parenthood began a few months before Luna. We first became pregnant in August 2018, but that pregnancy ended up being a blighted ovum and I miscarried on our way to Spain in September 2018. Prior to this pregnancy, we were unsure about whether we wanted children. But going through a miscarriage sealed the deal for us. After the miscarriage, it was a pretty depressing time in our lives, and we took the time to mourn the loss before we began purposely trying for another baby. To our happy surprise, we found out we were expecting again after a few months of trying.

We found out we were pregnant with Luna early in the pregnancy at 4 weeks. We were excited to be pregnant again but hesitant to let family and friends know until we made it through the first trimester. For the first half of pregnancy, I threw up almost every day, all day. Many days were spent hovered over the porcelain throne.  I ended up losing 10 pounds. It was an endeavor to go to work and not vomit in my patient’s rooms (I am a nurse). Everyone told me I was going to have a girl based off my morning sickness. My stubborn self did not want to believe them. There is a running joke in my family, that we are all cursed. I am the youngest of 4 girls. My only sister with children also has three girls. Someone has determined we cannot have boys. Girls are here to take over the world. So, to no one’s surprise at my 20-week anatomy scan, I found out I was having a girl. I even had the doctor on my side who just wanted to prove everyone wrong. He stated, ‘There will be no living with your mother after this.’

After the morning sickness finally subsided, I think around week 24, the rest of the pregnancy was smooth sailing. I did not have any crazy cravings and I did not feel the need to overindulge in ‘eating for two.’ My sisters and coworkers would comment that I never ‘looked’ pregnant. I would just tell them, ‘believe me, the pregnancy bump is there.’ It was at my 37-week appointment, that my doctor told me my baby was measuring big. I was a larger baby at almost 10 pounds and honestly was expecting to have a larger baby. My doctor did an ultrasound to confirm her suspicion. The scan estimated Luna was already approximately 8 pounds. We determined to carry on as planned as the baby will come when she is ready. However, 39 weeks came, then 40 weeks with Luna showing very little signs she was willing to come out on her own. I was dilating which gave us some hope. But, I was scheduled for an induction at 41 weeks.

The night of induction, we went to the hospital at 9:30 p.m. as planned which turned out the be a very busy time. We ended up having to wait an hour for a room. Which is very understandable with how busy they were. After being admitted, the lovely nurse, Anne, went over the plan. Start the Pitocin at this time, epidural whenever I felt I needed it, and when they planned to break my water. My doctor well understood my birth plan which was, we did not have one. I trusted my doctor to ensure Luna would come out as safely as possible. The night progressed as planned until the next morning. The epidural began wearing off. Even with being able to give myself boluses and the Anesthesiologist coming in to redose my epidural, it was not lasting. I began pushing around 1 p.m. on Friday the 15th, with no success.

I tried to push for 3 hours before it was determined a failure to progress. My nurse was wonderful though it all. She would keep my doctor updated via the phone and attempted to keep me calm. I was frustrated with not progressing and in, not so shockingly, a lot of pain. Due to the lack of progression it was determined I would need an emergent c-section. During nursing school, I had witnessed a few c-sections. None of that prepared me for my own. The hospital staff began prepping me for OR. The nice man with the drugs, aka the anesthesiologist, came in to give me a block. The doctor would poke my legs with a blunt needle to see how numb I was. I remember telling him, ‘I ain’t got no legs Lieutenant Dan.’ But the block was taking a long time to set. The anesthesiologist warned me that if the block would not take, I might have to be intubated. Luckily, that did not happen.

I was wheeled back to the OR to get the show on the road. I had the shakes from the medicine but otherwise it was a smooth sailing c-section. I could not see beyond the curtain, so to hear my baby girl scream bloody murder was music to my ears. One doctor declared, ‘It’s a linebacker!’ Someone else said, ‘It’s a girl.’ To which the first doctor declared, ‘Girls can be linebackers!’ I remember them showing me my little girl for the first time and all I remember thinking is, ‘that is a mean mug.’

My husband went to check on our baby to ensure she was ok but then quickly returned to my side. I was not doing well mentally. I do not like things being close to my face or being tied down. I was having a panic attack having to lay still with things near my face. The anesthesiologist kept trying to put a nasal cannula in my nose, which I hated, and very nicely gave me an vomit bag, but again, too close to the face. My doctor eventually gave the ok to allow me to sit up, and the ok to remove the drape. I only felt better after being moved to the recovery bed. And proceeded to sleep while my husband was swooning over his baby girl.

The next day, after a well deserved rest, the family appeared. With them taking photos and taking turns holding ‘the potato,’ we really starting to notice how her face showed us she was not impressed with this situation and unhappy at being evicted. I told my husband as he was holding Luna, ‘check out that face.’ She had his stupid mean mug face, but unlike him, she made it look good.

Every day we got to laugh at how unimpressed she was with us, and that the mamaRoo didn’t cut it.

For the next week or so we were just looking to complete some newborn photos. We came across Justine Tuhy Photography during our search and really enjoyed all the baskets and wrapped up potatoes in her gallery. On the 2nd we showed up and were more than glad to let her do her magic. We sat back and relaxed with some cheese crackers. Honestly, we were so tired, and the couch was so comfy, trying to stay awake was hard. We agreed to the photos being a surprise once finished. Justine did mention, ‘She was making some funny faces and was so alert during the shoot!’

A day later, we got to fall in love with Justine’s photos of Luna along with everyone else.”

This story was submitted to Love What Matters by Lori Musa. You can follow her journey on Instagram. Do you have a similar experience? We’d like to hear your important journey. Submit your own story here. Be sure to subscribe to our free email newsletter for our best stories, and YouTube for our best videos.

Read another hilarious story of an extremely ‘grumpy’ baby: