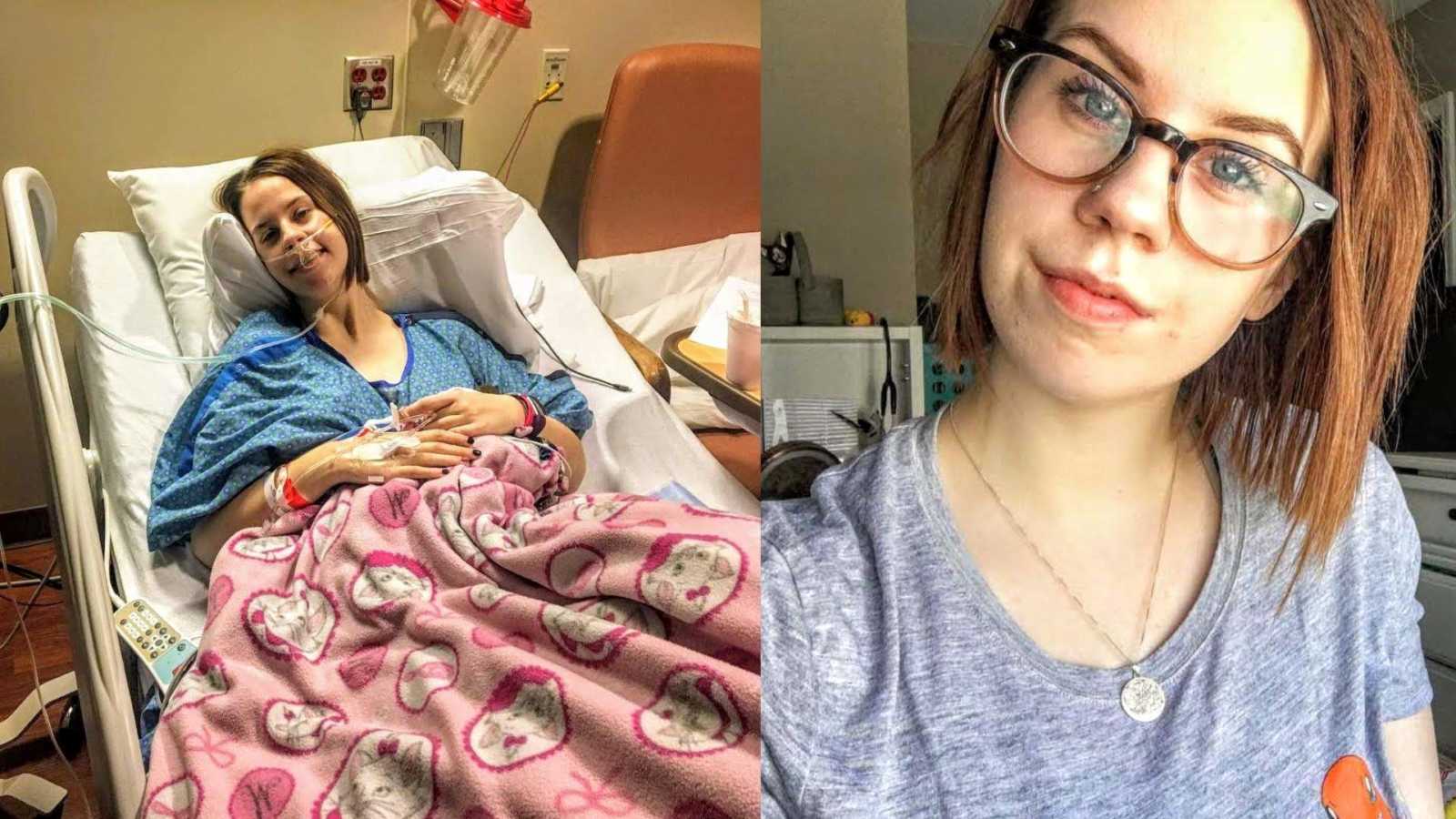 “I’m an expert on pain-issues. Having Ehlers-Danlos Syndrome and Fibromyalgia to begin with, I knew very well about dealing with chronic pain day to day. I thought I knew the entire pain range from a deep ache to crying near a 9/10 on the pain scale. That was until I was diagnosed with Complex Regional Pain Syndrome. I went in for a routine surgery designed to increase my quality of life but it almost ruined my life through unforeseen complications.

I am now used to having a plethora of health issues but in the moment it felt like my world was falling upside down. This summer I had a neuroma removed from my right foot after years of problems, orthotics, special shoes, and nearly biannual steroid injections to help alleviate the pain. I had finally had it with the neuroma. It was giving me burning pain up and down my foot that felt like a hot iron pressing on me, so I had it removed. The surgery went off without a hitch and although I can no longer feel my fourth toe (a totally normal side effect from having your nerve removed) recovery couldn’t have been smoother. Naturally, after feeling the complete 180 from my first surgery and the sudden cessation of symptoms, I had a consult with my surgeon for my right foot. Being in college full time, I had to strategically stretch out any medical procedures I needed for breaks from school to give me time to heal and recover. A date was set and after additional consultation, I requested an additional procedure to be done. It was something called a sub-talar fusion.

The fusion was added because my right foot had increasing arthritis from my small bones that make up my ankle and heel bonding together. I knew this surgery would be more trying than the last but I had hope that it would give me relief to at least another minute portion of my body. I live with chronic pain and each inch of my body hurts as if I have the flu every single day of my life due to a genetic connective tissue disorder called Ehlers-Danlos Syndrome. These foot surgeries were done with the intention of aiding even a small portion of my body to become pain-free. My pre-surgery check passed by and my physician didn’t even bat an eye; the risks were low, and my pain was high. I was ready to get it over with. I was anxious on the day of as one normally is, but little did I know what was to come next.

I awoke from surgery groggy and confused and the nurse told me it was completely successful. But as time went on after, my pain began to ramp up to a nine or a ten on the pain scale, an unbearable level for even someone like me that had become all too accustomed to living in pain. The outpatient surgery center had begun to close for the evening as the rest of the beds around me emptied and my eyes were welling up with tears. I had the absolute maximum of medication they could give to me and I was breathing less than seven times a minute each time I would fall asleep from the amount of drugs I had been given. The doctors and nurses were puzzled that I was still screaming in pain as if I was giving birth, yet I had had an unreal amount of pain medication that should have done something.

I was transferred up for the night to an observation unit and was subsequently sent home with a strict pain regimen but feeling as though the worst was behind us. After a few more emergency room trips and a hospital admission over Christmas, I was admitted again for pain management in early January. I had no explanation for my pain levels, shooting through the roof, my foot being sensitive to touch to the point where human hands felt like knives. I was told that I should expect pain as I’d had bone work done and two pins placed. I pushed back, knowing that something was not right.

In a scene I can only describe as a blur, it had been three weeks since surgery and I needed my sutures to be removed. I braced myself between the friend of one hand and my boyfriend’s hand for the pain that was about to be endured. I tried to muffle my crying at first but as the surgeon continued, it became louder and I screamed in pain with the removal of each individual stitch. It got to the point where I almost felt numb because of the amount of pain I was in. My eyes were clouded with tears and I seemed to have a moment of disassociation from my screams, I didn’t recognize them as mine.

I was diagnosed with Complex Regional Pain Syndrome after four days in the hospital and I spent a total of nearly a week in the hospital in early January. My nerves reacted to the surgery in a negative way when the surgery was supposed to make me feel better and relieve at least a little pain I dealt with every day. Now my nerves in my foot and ankle overreact to any sort of touch or pressure, explaining why the suture removal was hell on earth for me. I had my suspicions about having CRPS early on after surgery and finally after weeks of trying to lead my practitioners to the water, they drank and confirmed CRPS. I had a nerve block on the day of my discharge from the hospital. It was unbelievably painful but it was worth it. I am trying to grapple with the reality of CRPS while also trying to recover completely from my procedures. It’s a lot to handle, it’s frustrating and it makes me angry that a surgery that had such good intentions ended with permanent pain. I am happy to report that my pain has reduced since my nerve block but I have a long road ahead of me.

Months later, I’m managing CRPS in addition to Ehlers-Danlos and other health problems of mine through daily meditation, blogging and yoga among other things. My health conditions are complex and sometimes that really sucks but it also keeps my life interesting. My best friends Baileigh and Lydia helps me to stay strong as well as my family’s support. My biggest accomplishment since this journey has been starting yoga and being able to do most of the poses despite the nerve damage in my foot! I love yoga so much and I’m so glad to be able to get back into it now that my CRPS is more well-treated. I hope that my story will reach people that need to know that they’re doing great, that they’re loved, and their journey is not hopeless!”

This story was submitted to Love What Matters by Erin Abraham. Follow her on Instagram here and her blog here. Submit your own story here and be sure to subscribe to our free email newsletter for our best stories.

‘I was in front of my mirror at age 13. ‘This is not your fault. I love you so much and I am still your daughter. I am sorry.’ I didn’t want my parents to blame themselves for how messed up I was inside.’