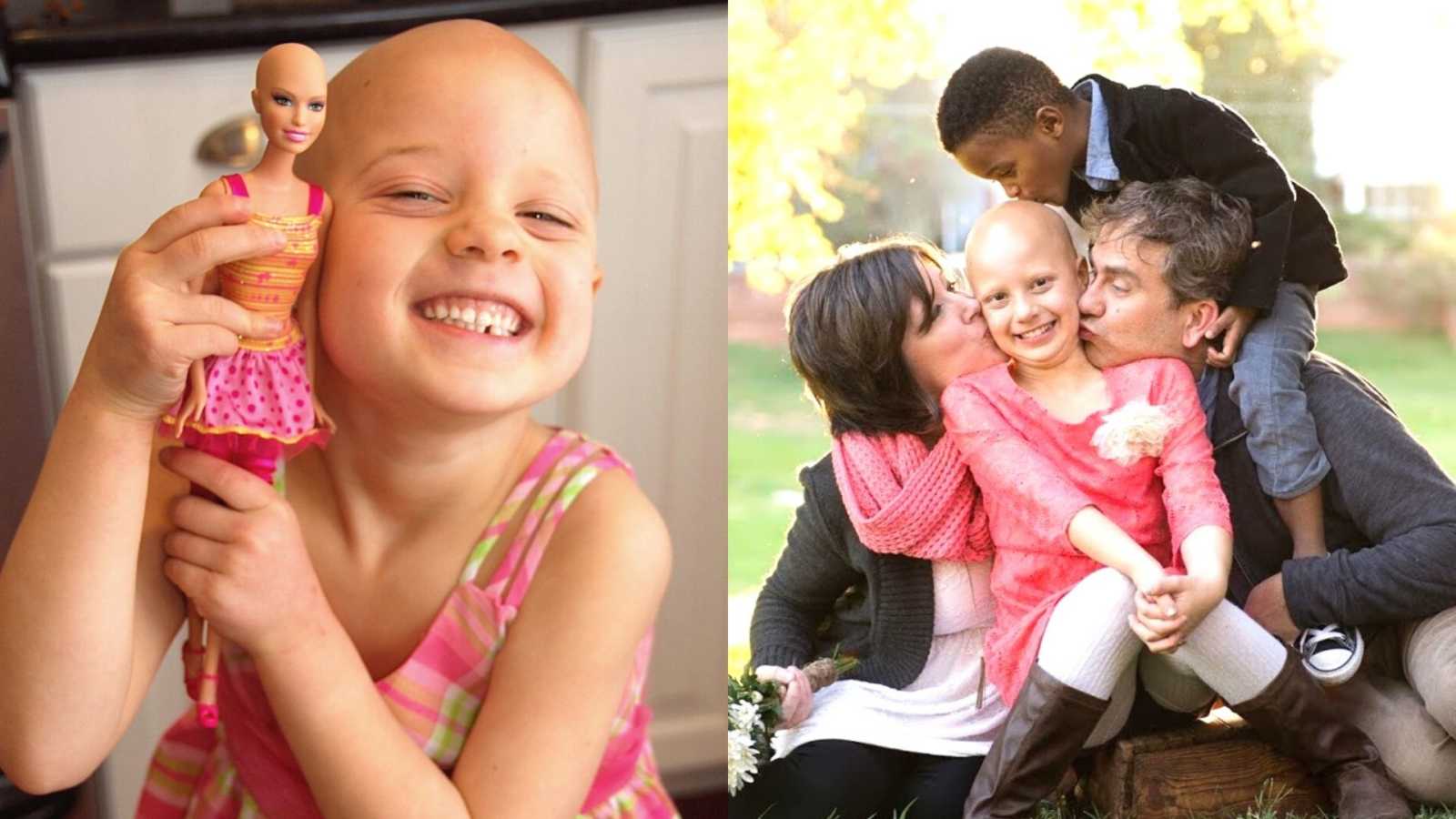 “Life has a habit of not turning out the way we thought it would, and sometimes that’s a good thing.

While everyone around me was giddy, sharing pregnancy and birth announcements, I was resentfully making weekly appointments at a fertility clinic. Why was it so easy for them and so impossible for us? What was wrong with me? Getting timed shots in the stomach from my husband every day wasn’t exactly what you’d call romantic. I felt so different, like I was being kept out of this invisible mom club I was so desperately trying to join. After spending most of our savings on failed in-vitro cycles, it became clearer that adoption would be Plan A for us.

We started asking our friends and family to let us know if they heard about anyone considering finding an adoptive family for their baby. A few months later, my mom called to tell me a 21-year-old girl named Megan in her church was pregnant with her 2nd child. She was considering adoption and was willing to meet with us! It felt like the most nerve-wracking first date as we sat across the table from a stranger who might actually be carrying our child. Could this be it? We just decided to love Megan as if she was a girl in our college ministry, no matter what she ended up deciding.

As our relationship with Megan progressed, I logged onto Facebook one day and saw she had written on my wall: ‘You’re gonna be a mommy!’ Marc and I jumped up and down, hugging over the news. We were having a baby!

It was truly a fairytale open adoption. We were in the room at Caroline’s birth. My husband cut the cord. We spent the night in the hospital with Megan and we all laughed and bonded between diaper changes and feedings. I could’ve never asked for a more beautiful birth story. At the end of so much struggle, this appeared to be our happy ending.

But two years later, we started finding Caroline’s brown hair all over her crib and covering her pacifier, day after day. Something wasn’t right and doctors were stumped. What was going on? I didn’t know how to be a mom. I didn’t do enough. I should, at least, be able to figure this out.

‘Amy, I feel so guilty I didn’t give you the perfect daughter,’ Megan said over the phone as we talked about hair loss in her family history.

‘I feel so guilty I can’t even keep hair on your daughter’s head!’ I replied helplessly, and then it hit me. This was a sacred shared moment between my daughter’s two moms. The most beautiful display of mutual mom guilt.

Doctor after doctor, Marc and I tried everything to reverse the shedding of our daughter’s hair. 10 months later, she was completely bald. It turned out Caroline had a condition called alopecia. (‘a-luh-PEE-shuh’) Thankfully, she wasn’t sick and she wouldn’t need medicine. It was as if her body was allergic to her hair. But the bad news? Since she lost it so young, she’d likely never get it back. We’d have the challenge of raising a bald daughter in an image-driven society.

Even though it was just hair, it was still incredibly difficult to come to terms with alopecia. People would stare and whisper. Children would grab their parents’ legs in fear when they saw my baby girl. Random strangers would pray over us, give Caroline gifts, or anonymously pay for meals, all believing she had cancer, of course. It was our strange new reality, one we were heartbroken to accept. I grieved all the little things: ponytails and bows and shampoos.

It would’ve been so easy to hide her condition under wigs, but we wanted Caroline to know there was nothing shameful she needed to cover and hide. Bald was beautiful, and it was my hope that as she grew, she would come to rock it. Even at age two, it was important to begin giving her the words to understand and explain her condition to others. I put together a book called ‘Everybody’s Got Something’ to normalize those with differences and I focused on alopecia.

When it came time to adopt a second child, though we had always envisioned our family including a black son, we decided one child with differences from us was enough. We checked the boxes on the form to only accept a lily-white baby that looked like us.

‘What birth mom is going to pick you, Amy?’ my insecurities taunted. All the other couples are so cute and you look like you’ve got your hands full with a cancer patient.

But just a few weeks later, a potential birth mom actually requested to interview us along with one other family. She was due within a few months! It was perfect. She had alopecia when she was a kid! Also perfect. And she wanted to name her baby boy Jamison. That was it! We had played around with the potential names of ‘James’ and ‘Davidson,’ but it all clicked when we heard that name. Our only difference was we wanted to spell it like the whiskey… Jameson. It was as if the stars aligned and we were about to meet our second child.

Except we weren’t. For whatever reason, she chose the other family and we were devastated. Our hopes had flown so high, and we had been SO sure this was a match. We were like the rejected boohooing contestants in the backseat at the end of a Bachelor episode. It was time to do some serious soul searching.

Maybe we weren’t supposed to look like everyone else. Maybe alopecia hadn’t been a curse after all. Maybe it took Caroline’s hair, but reflecting back on who we had become through it all, alopecia gave us so much more.

We began revisiting the idea of parenting a child of a different race and around midnight on Nov 7, 2012, we sent an email to our caseworker. ‘Hey Deanne, would you please change our acceptance grid to include an African American male?’ And about 6 hours later, an email came back saying, ‘Amy, we reached this message just in time to present you to an African American couple.’

We were floored. Adoption is such a rollercoaster, you guys. I tried not to get my hopes up this time.

The next morning our caseworker called again, and from the sound of her voice, it seemed as though we had been picked! Could it be? My heart was racing as she recounted the previous day’s events.

Apparently, the couple had been presented with five families, but when they saw our sweet Caroline, they melted and said, ‘Look at all the joy in her face. If they can love her, we know they will love our baby.’

They saw a family with differences and chose us. The very thing I thought would keep us from being picked by a birth mom ended up being the reason we were selected. Hearing those words brought me to tears.

The caseworkers asked the couple if they’d be willing to get an ultrasound to find out the baby’s gender, as we had specified wanting a boy. ‘Yes, absolutely! Oh, we hope it’s a boy!’ In the crazy timing of it all, though, her water broke that same afternoon.

I gasped on the phone and kept listening. ‘So they went to the hospital and at 8:45 p.m. last night, she delivered a healthy baby BOY. Amy, your son weighs 6 lb 2 oz and mom and baby are doing great. They’re at the hospital, just waiting on you to give him a name.’

It was if heaven had just poured itself down upon my little family. Crying with joy, I said, ‘Jameson. His name is Jameson.’

Today our kids are 12 and 8, and we’re still in awe of how our family was formed. We’re connected with both of our kid’s birth families and we wouldn’t be who we are without them. Being a multiracial family hasn’t been an easy road. It’s ultimately led us to leave jobs, schools, churches, and a neighborhood. Out of this pain, we’ve started a small business where we are committed to creating Airbnb spaces where anyone can belong. We invite you to join us on the journey.”

This story was submitted to Love What Matters by Amy Corbett. You can follow her journey on Instagram. Do you have a similar experience? We’d like to hear your important journey. Submit your own story here. Be sure to subscribe to our free email newsletter for our best stories, and YouTube for our best videos.

Are you or someone you know looking to adopt? Please SHARE on Facebook and Instagram to make them aware there is a community of support available.