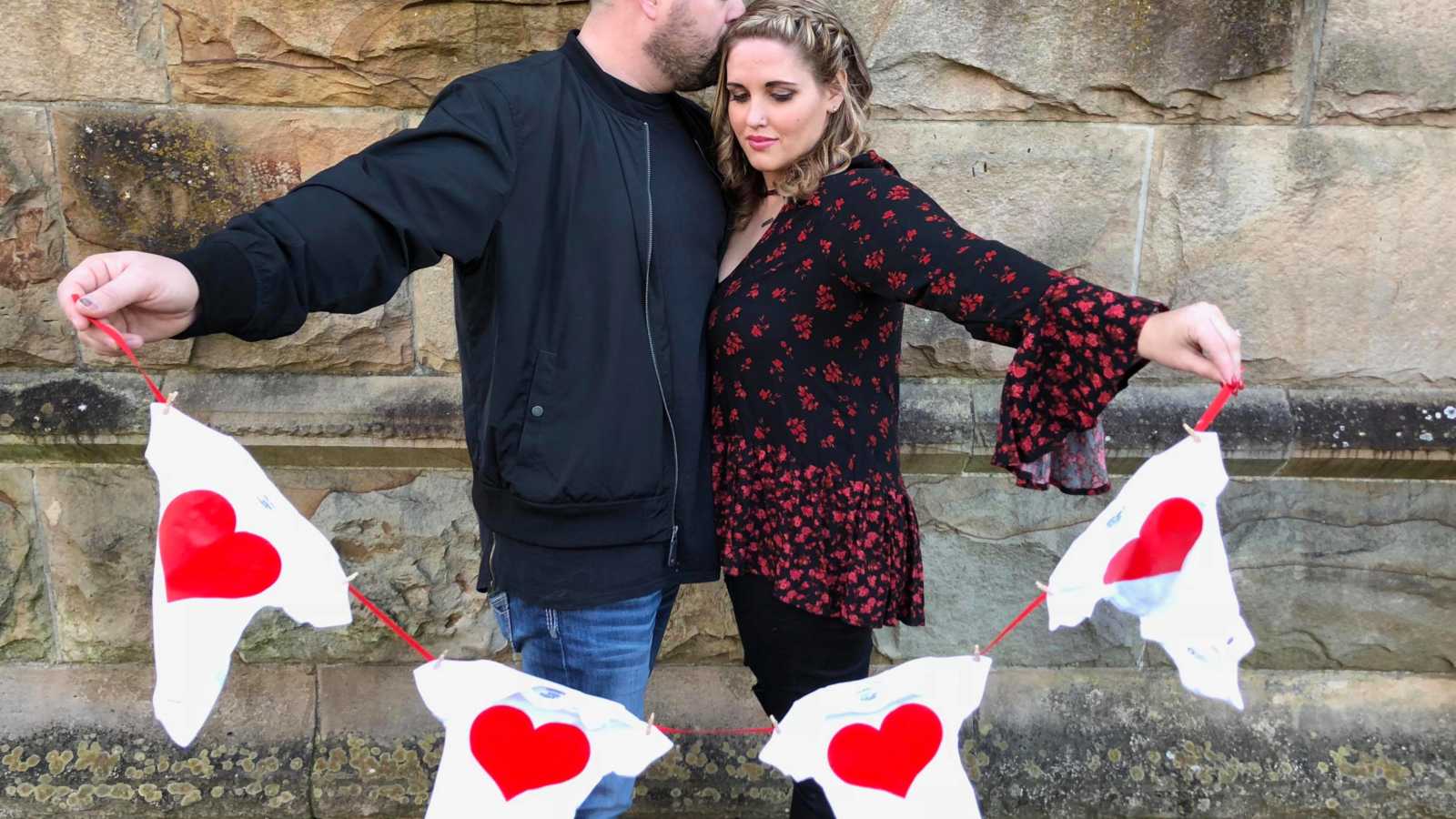 “Kenny and I have been married for 5.5 years. We knew we always wanted a family but didn’t know when the right time to start trying was. After about a year and a half of being married, we decided to start trying. I was still in school but promised myself that no matter what I would finish my degree. After trying for several months and nothing happening, I decided to go to an OB-GYN and get myself checked out just to ensure everything was OK. I assumed I would have no problem getting pregnant since my mom has six kids. I thought it would be easy and I would be able to get pregnant whenever I wanted. Unfortunately, this was not the case at all. I found out that I had Polycystic ovary syndrome (PCOS) and that it plays a big role in infertility with many women. I was sad, but knew in my heart I would be a mother one day. I started taking some medicine to help with my situation and it ended up working after about eight months or so of trying. I found out I was pregnant. I was in complete shock! I remember taking what felt like a million tests because I just couldn’t believe it.

I went to the doctor the following Monday and they confirmed it. We were ecstatic! We FaceTimed our families and told some of our closest friends and were just over the moon about this news. My mom sent gifts, friends sent gifts, and in a matter of days all that excitement was gone. I experienced signs of miscarriage and feared the worst. I was reading all kinds of stuff on Google and knew something wasn’t right. I went back to the doctor and found out later that evening that I did in fact have a miscarriage and that my levels didn’t increase like they were supposed to.

I remember getting the phone call and not being able to speak to the lady who called because I was crying so bad that I couldn’t catch my breath. When I could finally get something out… I just remember asking, ‘Are you sure? Could this be wrong?’ And she just had to tell me no, I had definitely miscarried. It was heartbreaking in every way. I can’t explain the emotions I felt that day and the emotions I still feel to this day thinking of the loss of my sweet baby. There is literally no way to describe that kind of pain and unless you’ve been through it yourself, you really just don’t have a clue.

I remember going to church and it being hard for me to worship. It was hard for me to listen to the sermons because I had so much bitterness in my heart. Not only from not being able to get pregnant, but also never being able to meet the baby I had. I was not in a good place.

Months went by and it seemed like everyone was pregnant. Every time I got on social media it seemed like someone else was pregnant. Everywhere I went I felt like I saw a million pregnant women and it hurt bad. I was just in a state of depression with very little hope. More time went by and Kenny got serious and told me we needed to start trying again. We decided to go to a fertility specialist. We started new medicine and had to go very often for blood work and different tests. It was exhausting, but we knew it would be worth it.

After a year of different medicines, a million tests, getting stuck every week, ultrasounds, driving an hour there and an hour back two to three times a week, leaving the house at 5 a.m. so I could make it there in time to get back to work without having to make up time or take sick days, and one failed attempt, we finally got some good news.

Kenny went with me to every appointment and was there for me constantly for any support I needed. It meant more to me than he will ever know. We arrived at the doctors office and got the news we had been desperately praying for. I was pregnant! We were so excited but I was scared to death not knowing what might happen.

We went in for our first ultrasound when I was six weeks. We were nervous but more excited than anything. I remember laying there scared to death just ready to see a baby. Well let me just tell you… I did not just see a baby. Didn’t just see two babies. Not even three. But we saw four babies on that screen. Yes, four! 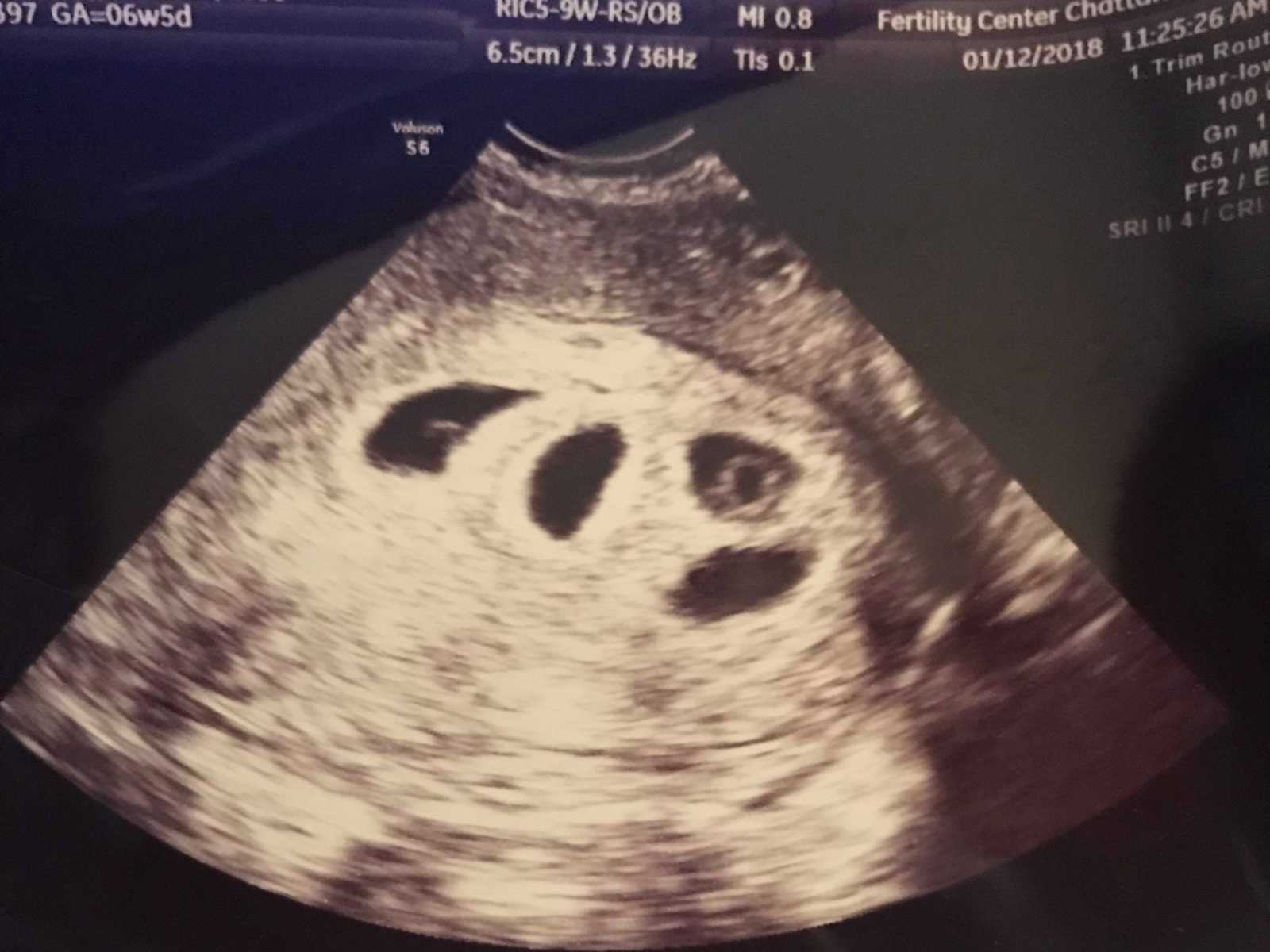 God gave us a baby for every year of infertility that we experienced. He blessed us exceedingly, abundantly above all we could ask or think. They’re growing and are doing so well.

I wouldn’t wish infertility on my worst enemy… but when you have a support system like ours, it makes it easier. I want to say to any woman out there who has experienced a miscarriage or infertility, please don’t lose hope. I know it’s hard and I know we may not end up with the same story, but I know our God is the same. Keep your head up, even when it feels like everything is coming against you.

This story was submitted to Love What Matters by Kayla Flockhart Green and Kenny Green of Sewanee, Tennessee. Submit your story here.

After Adopting 4 Siblings, Woman Who Didn’t Think She Could Get Pregnant Births Miracle Quadruplets

‘All I could think was, ‘How can you miss a baby?’ Twins quickly turned to 3, then 4. I could not believe my eyes.’: Mom births miracle quadruplets after battling infertility, cancer

Do you know someone struggling with infertility? SHARE this story on Facebook to help give them hope that miracles can and do happen.