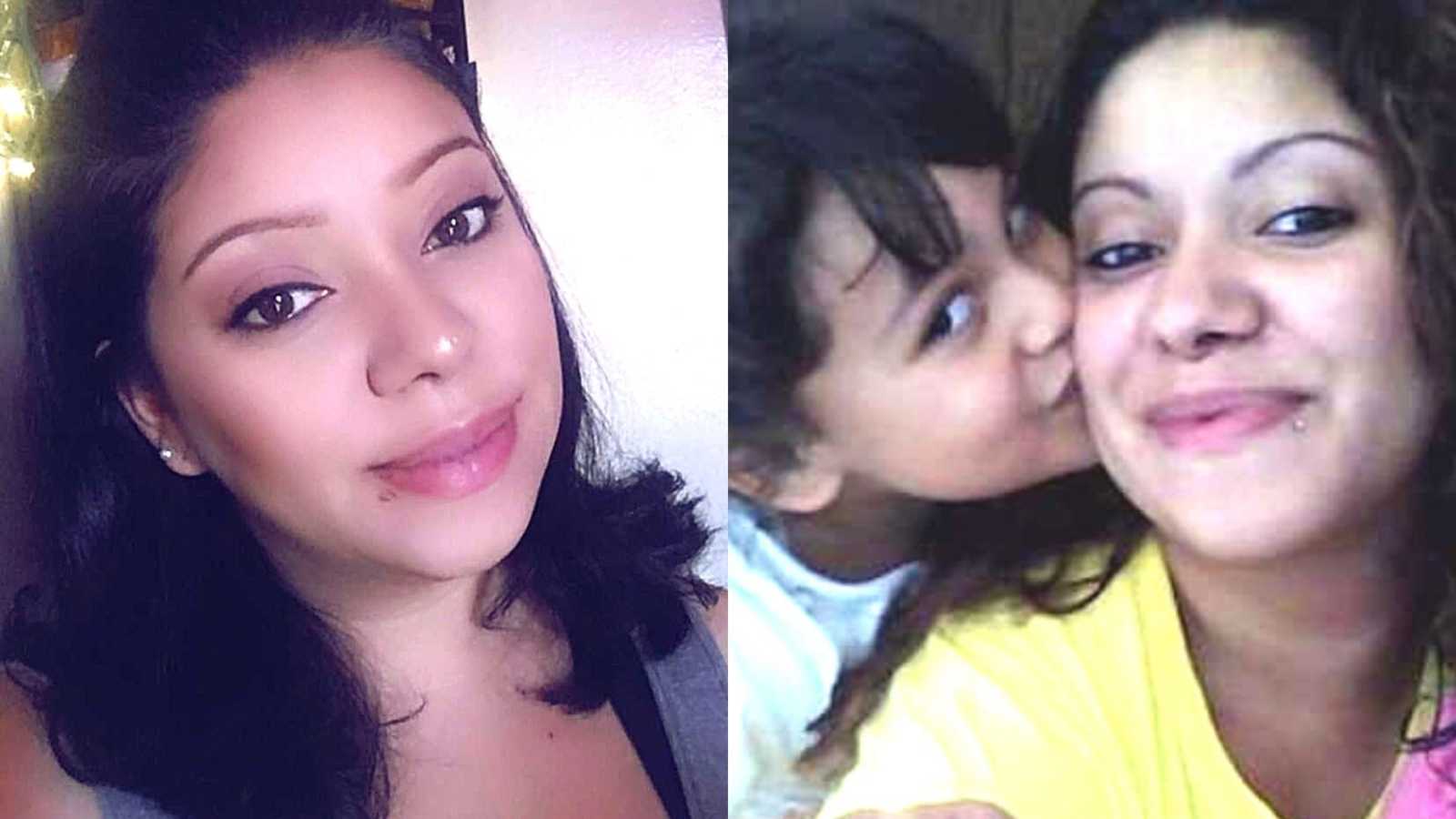 Disclaimer: This story mentions domestic abuse and may be triggering to some.

“I believe sharing one’s story gives way to inspire others to find strength and courage. While I am feeling pretty apprehensive as I write this, I am going to take a deep breath and share my story. I have come a long way from the naive girl I used to be.

All of the red flags were there and I ignored them because I saw potential. I thought my love could make him a better man. But you can not change a narcissist.

The love I gave, my kindness, and my good heart is exactly why he chose me. He played me on all of my good qualities and tried to break me; he came pretty close. I took on the role of a wife, without ever being proposed to, catered to him, cooked, cleaned, took care of my children, and took care of me if I had time. I was never appreciated, constantly disrespected, put down, and discarded.

He liked to build me up and knock me right back down. It was one of the many head games he liked to play. First came the ‘Love Bombing,’ when he would take us out to eat at our favorite restaurant, to the movies, and shopping. This was one of those ‘build her up to knock her down’ occurrences. He would give us a great day and before the day was through, ruin the entire thing. It could happen if he felt I had an attitude while we were in the car on our way home. In the blink of an eye, he’d be accusing me of liking to start fights. If I didn’t answer a question to his liking, I was supposedly ungrateful.

There was gas-lighting at its best, manipulations, working me over by trying to confuse and convince me I was the one who ruined such a good day. With these kinds of disagreements came the ‘discarding’, when he would deliberately ignore me, go out and ‘ghost me’. If I asked him a question he would either dismiss me entirely or give me a very short one word response. He would leave and completely ignore any of my calls or texts.

My children and I grew to truly appreciate when he left to work or left period, because we could be ourselves and not have to walk on eggshells. It’s a horrible thing when you have to train your kids how to act and talk whenever he was around, to stay out of his way and not to ask him too many questions. My poor babies.

It was only my two eldest daughters for a while. I remember one time Amaiya (my third girl) hit Madison, and her father told her to apologize. When she didn’t, he grabbed her by her legs and held her upside down, knowing it terrified her, until she apologized to her sister. Amaiya was squirming and crying hysterically and grasping at the air. I was mortified. I grabbed my baby girl, got in his face, and told him, ‘Don’t you ever touch Amaiya like that again you bully!’ Even my Madi was crying because he did that to Amaiya and she hugged her sister close.

When it came to intimacy, it had gotten to a point where I had no interest and I always felt obligated to fake it. How do you feel cheap after being intimate with someone you supposedly love? I felt like I wanted to disappear. It felt like I betrayed myself each time. I was an exhausted woman. The first time I ever called the police he had gone out and returned drunk. I tried to keep my mouth shut to avoid any escalations, but he kept trying to make me kiss him. I did it so he would leave me alone, but he didn’t like the way I was kissing him and started to become more forceful. I felt disgusted, he smelled of liquor and it nauseated me. He then stood up and grabbed and pinched down on my shoulder near my collar bone  and asked, ‘Does that hurt?’ It hurt like hell, but I held it in and looked him in the face and said, ‘NO.’

After all the years of mental, psychological, verbal and even at times physical abuse, my children suffered from the way he mistreated me. When I was pregnant with Amaiya, my kids witnessed him shove me out the passenger side door. I fell out backwards on my behind. Luckily, I didn’t get hurt. After that shove, he then started to call me ‘b**ch’ and ‘wh*re’ out of his car window while driving away. He was a bully to all of us, and I ridiculously thought I could handle him which was so, so stupid.

I felt like I was trapped in a thick fog of confusion, heartbreak, and betrayal. It was a constant war in my own mind, like I was possessed and I was trying to come forth but the demons overpowered me. But I never gave up and I never will.

I joined support groups, have gone to therapy, and everyday I work on self care and self love. After being tormented, encouraged to take my own life, and his asking me repeatedly when I was going to leave, finally, my family helped me to get the tickets and took me to the Amtrak where I would leave Orlando, Florida to New York City, and start over. We stayed with my mother for a year but mom had a full house and I needed a home for me and my babies. We needed a place of our own.

In the year I lived with my mother, I gave birth to my son and very shortly after learned I had cysts on both my kidneys and was diagnosed with Polycystic Kidney Disease. We spent two years in the shelter system, and in that time I allowed him to swindle his way back in. He came to New York because he wanted to be near his kids. I don’t have to tell you what a huge mistake it was. The abuse and bullying started again, and after 6 months, I got him out and for good this time. So much turned around for us for the better. Another 6 months later, I was approved for an apartment.

I haven’t gotten my happily ever after yet, but it’s okay, because God has provided a sanctuary for me and my babies. Not to say the devil doesn’t come knocking on my door on occasion for instance an assault on a family member and a new diagnosis (Fibromyalgia). However, I now have sole full custody of my children, a two-year protection order and three reports already.

I may have had my weak moments, because I didn’t know then what I know now. But now I am WOKE! I strive to empower, inspire, and motivate other women and even men that are dealing with domestic abuse to move forth and to heal. I extend my friendship, my knowledge, and my ear. I know I have this purpose and I will be strong for others, even while I may have my own battles, because that is who I am.”

This story was submitted to Love What Matters by Tiffany Cruz. You can follow her journey on Instagram here. ubmit your own story here. Be sure to subscribe to our free email newsletter for our best stories, and YouTube for our best videos.

‘My little sister came into my room bawling her eyes out. ‘Something is wrong in Mommy’s room. I heard screaming, a thud, and then nothing.’: Son reflects on mother’s domestic abuse ordeal, ‘No matter what demons you’re battling, you can overcome’

‘He’s taking my phone away. I’m not sure when I’ll be back.’ I barely hit send before it was ripped away and sent through the wall.’: Domestic abuse survivor says ‘I am taking my power back’

‘The intensity of our fights made me think he loved me. We’d break up, get back together. I was addicted to chaos. When he returned from Iraq, he said, ‘Bad news. You’re both going to jail.’

‘Why didn’t you call the police?’ ‘I would have fought back.’ ‘Well, why didn’t you?’ ‘You got married really young. Did you see the signs before you were married?’ 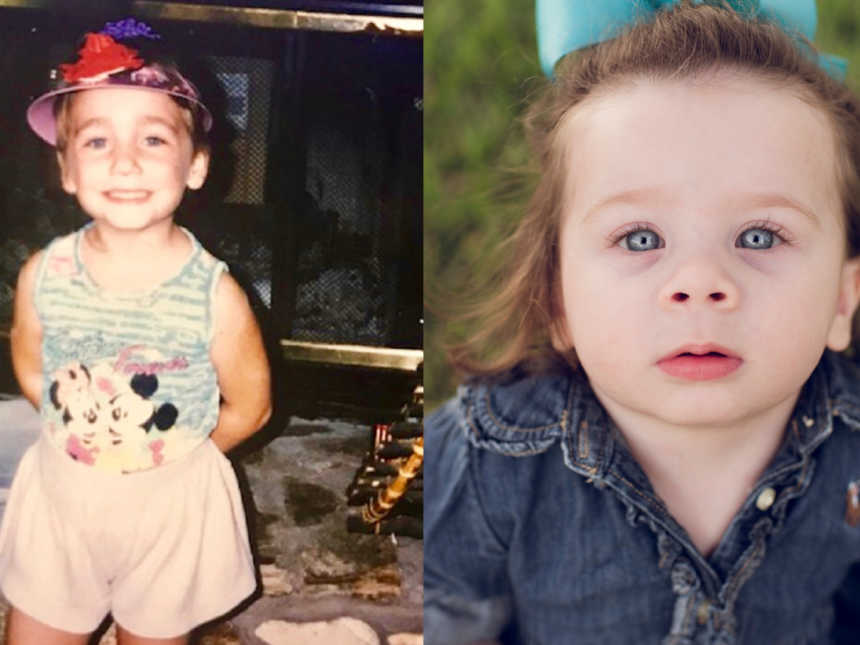 ‘If she says mama, I can’t go through with it.’ I never would’ve imagined the child we adopted would be my own cousin.’: Young mom adopts cousin after being inspired by her own intrafamily adoption, ‘I want my daughter to know her roots’

“She never told him she was pregnant with me. To this day, he has absolutely no idea I exist.”

‘I’m not going to sugar coat it. His file’s so big, no one will even look at it.’ He was pencil thin, eyes sunken deep. He was ours.’: Couple adopts 16-year-old runaway, ‘His story didn’t end how the world told him it would’