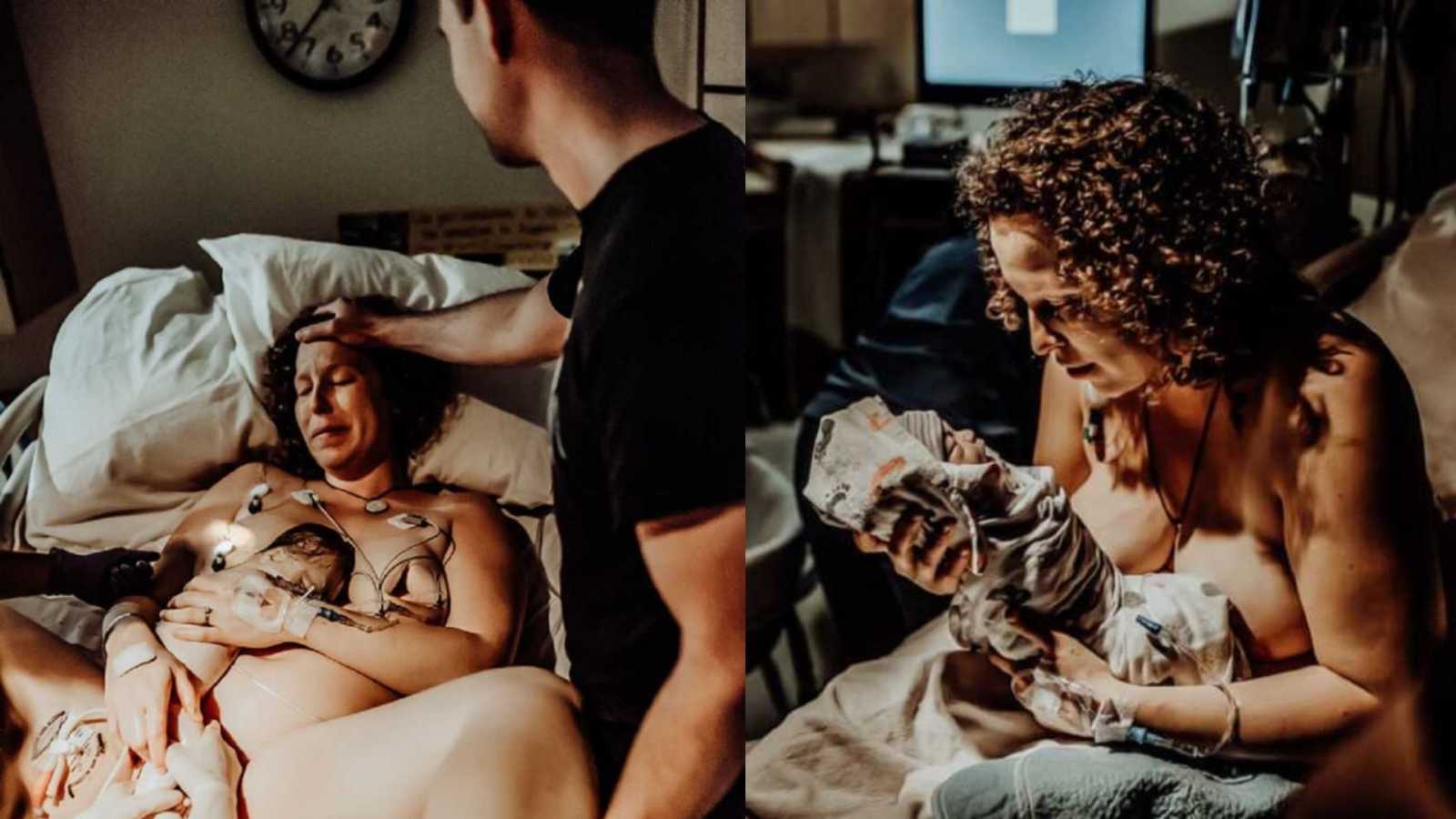 Disclaimer: This story contains details and graphic images of stillbirth that may be triggering to some.

“I always knew I wanted to have a professional birth photographer take pictures of my labor and delivery. I was obsessed with capturing the amazing moments that pass by so quickly as I have seen in my profession as a labor and delivery nurse. At first, my husband was skeptical and nervous about having a stranger in the room, but thankfully he agreed after some discussion. We researched online and asked friends and ended up meeting and hiring a birth photographer who lived pretty close to where we were planning to deliver; the hospital I worked at.

Unfortunately, our pregnancy ended in a horrible tragedy. We found out at 38 weeks and 4 days that our baby had died inside of me. There is no way to convey the intense emotions we experienced from that point on, including the ones that arose within me knowing I would have to face an induction of labor and give birth to our lifeless child. Everything was just so wrong about all of it. I knew immediately, more than ever, I wanted those photos. They would be almost all we would be able to bring home with us from this day. It was very important to me.

I texted her and explained the situation and asked if she would still be willing to come. She said she would, but admitted she had never photographed a stillbirth before. She asked how we would feel about having someone who had experienced this come instead. I said it was fine with me, but doubted that she would be able to find someone last minute. She texted me back very shortly after and said that Brianna Waltman, who lived in Corinna about an hour and a half away, was absolutely willing to come and photograph our child’s birth, and to call her anytime day or night when labor had begun. I couldn’t believe it but I was very grateful.

Labor took a while to get going, as is typical for a first-time induction, but once my water broke things got intense immediately! At some point, I think my husband thought of calling Bri and asking her to head our way when she could.

I don’t know what time it was when she showed up and I don’t even really remember her being there until right before I was about to start pushing. I looked up and saw someone I had never met before and I asked her, ‘Are you the photographer?’ She said, ‘Yeah hi, I’m Bri!’ It made me chuckle but within a minute I had something else to focus on, pushing out our son.

She was so inconspicuous and not distracting at all, which I really appreciated. Everything about what happened that day was so wrong, awful, and scary and painful, but when it came time to push him out, it was like time slowed down and it was the most beautiful moment of my life. It was sacred. I felt so much connection to my son even though his life was already gone. I talked to him and touched his head when it began to emerge and I felt so extremely present in that moment with him.

My midwife guided my hands to his body and helped me deliver him into my own hands as I lifted him onto my stomach. I held him close, feeling so much intense love for him I felt like I should have been able to love him back to life.

My husband told me he was a boy; we didn’t know ahead of time. I instantly knew his name was Henry, my sweet Henry boy. It was a moment of pure joy and utter heartbreak I will never, ever forget.

Later, we sobbed as we looked through the photos Bri had taken. They were so incredibly beautiful and allowed me to solidify that special moment in my mind. I was able to see my sweet husband’s loving support. To see how his tender looks and touches warmed me to the core that I wasn’t necessarily aware of at the moment. These pictures are some of our most precious possessions now. Several are displayed around our house; we think about and talk about Henry every day.

Having your child die inside of you at the very end is something I wish no parent ever has to go through. But if you do, I highly recommend taking as many pictures of the baby and the family as possible. I really, truly hope you are able to have someone as talented and special as Brianna to take them.

This story was submitted to Love What Matters by Brianna Waltman, and originally appeared here. Submit your own story here. Be sure to subscribe to our free email newsletter for our best stories, and YouTube for our best videos.