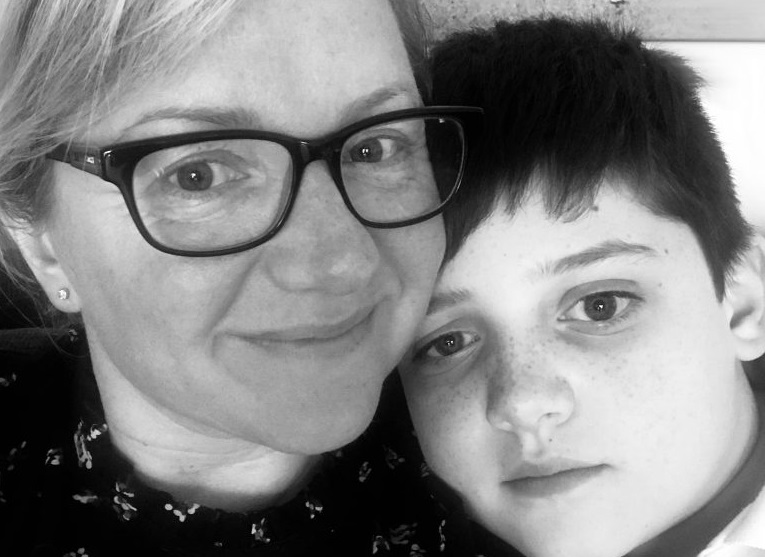 “I have rewritten the opening paragraph at least 13 times now and still can’t find the correct way to describe the situation I’ve been dealing with the last few weeks, or whether I want to expose so much of my own vulnerable self. My life is literally a cliched roller coaster with overly dramatic highs balancing out the significant lows. I’ve been told there is never dull day in my life but sometimes, just sometimes, I want exactly that.

We all face similar challenges of holding an ever increasing portfolio of roles; parent, partner, step-parent, daughter, sister, colleague. The list feels endless, yet there is one person who is often missed from that list, and that is me. Selflessly putting others first to ensure their needs are met while neglecting the vitally important – self care. I cancel and rearrange doctors, dentist, hair and hospital appointments because there isn’t the time or it clashes with something I perceive as more important.

If I could count the amount of times I have been advised not to neglect myself as I need to be there for Joseph, my son with autism, I would need more than two hands and two feet. I agree, but it’s an impossible task. Yesterday, I realized once again that I’m not indestructible with a stark reminder of emotions that first materialized over 16 years ago.

After delaying minor surgery on a couple of occasions over the last few weeks because it wasn’t convenient, the day finally arrived and I had no choice but to get on with it. If I was to explain to you I was having a mole removed, you probably wouldn’t even raise an eyebrow. But in 2002 I was in an almost identical situation that resulted in a diagnosis of Malignant Melanoma. These days, we’re all much more ‘Sun Smart’ and people take skin cancer a whole lot more seriously.

The removal of my melanoma resulted in a wider excision which left my right leg looking like I was a casualty of war which embarrassed me for many years after. The internet wasn’t as accessible as it was now, but had I searched at that time, I would have found that according to Melanoma UK, 20% of people with the stage of melanoma I had would not have survived beyond 5 years. You see, that was what I was very much focused on at the time, not the 80% of those that did.

Since then, I have annual check ups with a dermatology team where every inch of my body is compared to photos that have been taken a number of years ago. The only difference I generally notice is that I once had the appearance of abs (and that I could have worn a better bra the day medical illustrations took 20 photos of me).

But three weeks ago, it was identified that a mole had grown and was darker, and a decision was made to remove it. All of the old emotions came flooding back and I wondered whether it was too good to be true that I had been 16 years clear. In the days following that appointment, I thought about it a lot, I’m not going to lie.

One thing that was different this time around though, is that I have Joseph. Many parents such as myself have the overwhelming fear of what will happen to a child who has disabilities after their parents are no longer here. My added worry is that Joseph is an only child and has no siblings to ensure he is not taken advantage of, because the fact of the matter is, he is a vulnerable person.

I’m sure I’m no different to anyone else in pushing those thoughts to the back of their minds and deciding it’s something that can be considered later, but the appointment made me think and inevitably worry.

Who will love my child?

Who will be there for him? Who will fight his corner and ensure he has the same rights as everyone else? Who will love him like I do? Nobody, just nobody can be the advocate Joseph needs.

Fortunately for me, the self-absorbing worry came to an abrupt end only days after, because in our less than dull lives, I found myself visiting my mom in the hospital in a ventilated, sedated state, worrying about her and worrying what Joseph would do without his beloved Grandma. Just one more thing to worry about, but something that certainly took my mind from my own anxieties.

Yesterday, less than three weeks after my dermatology appointment, I sauntered into the same clinic that delivered the devastating news I received so many years ago and at that point, the enormity of it hit me. My appointment was running considerably late which gave me ample time to run a thousand scenarios through my mind. The family worry the previous weeks left me and I found myself panicking about the future. By the time I was led through to the exam room, I had worked myself into a state and I broke down and sobbed.

I tried to explain why I was crying so hard but the words wouldn’t come out. Maybe it was the worry we’d experienced recently about my own mum and maybe it was my fears for the future. My memory flashed back to the same operation I’d had 16 years previous. The nurse carrying out the procedure brought a doctor in to talk to me about it and although she felt there were no concerns, it would be the wisest decision to remove the small brown mole that was sending my mind into such a spin. My only thought at that time was the consultant didn’t really have much concern the last time around, and look how that turned out.

When the procedure was completed, I was told I wouldn’t be able to run until the stitches had been removed. It felt like another kick in the nuts. I felt that on top of everything else, my wings had been clipped.

Running is my lifeline.

So now I will write, I will find other things to keep me occupied (because I don’t quite have enough!) and I have up to six weeks to wait for those ever important results. I need to remind myself once again, that I’m not indestructible. It’s okay to worry about the future, but that I have this one particular person who gives me strength to get through every single day, no matter what life throws at me next.

For now I will be focusing on the positive that I have been cancer-free for 16 years and that is the only statistic I need to concern myself with.

This story was submitted to Love What Matters by Tina Medlock of Yorkshire, United Kingdom. It originally appeared on her blog, Joseph and his Amazing Spectrum Coat. Submit your story here, and subscribe to our best love stories here.