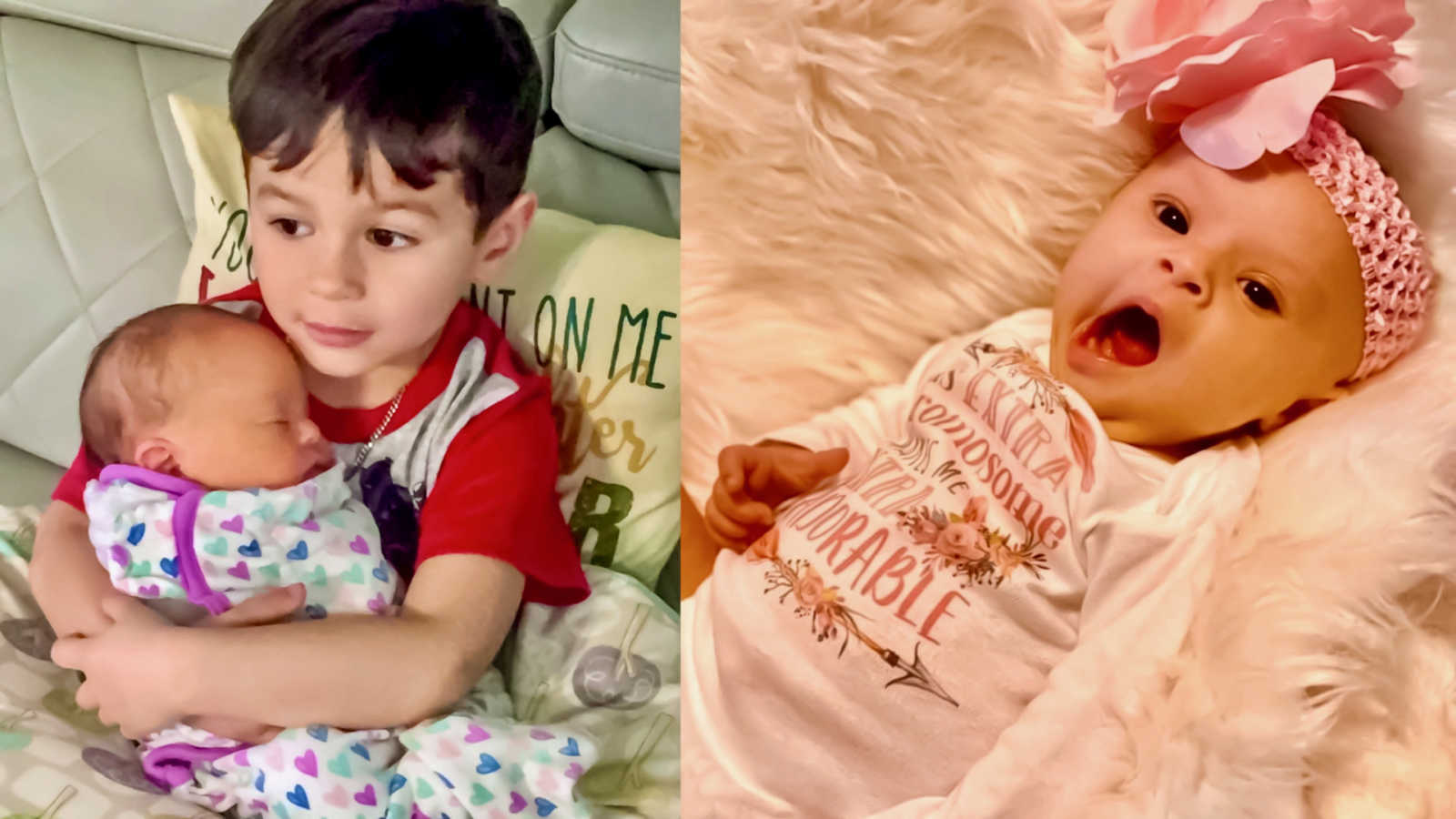 “Did you ever have a time in life where you wished you could go back in time and change your attitude about things? I did. And it was the day my daughter was born. My pregnancy with my daughter, Lily, was not an easy pregnancy. I had what was called a subchorionic hematoma, which is basically a clot between Lily and my placenta.

This clot put me at a high risk of miscarriage, and I almost lost her several times. I prayed to God my baby girl would come out healthy. I rejected genetic testing during my pregnancy. I thought to myself, ‘What are the chances of me having a baby with a chromosomal abnormality? I’m 26, and my oldest son, David, doesn’t have any. Plus, I already had multiple ultrasounds due to the subchorionic hematoma, which showed she was pretty healthy overall.’ But oh, was I wrong.

I went on with my pregnancy and the subchorionic hematoma dissolved. Therefore, I continued my pregnancy as normal. I induced on March 18th at 40 weeks and four days, because Lily refused to come on her own. Originally, my mom was supposed to be there with my husband and me for the delivery. However, this was the beginning of the pandemic, and the hospital we delivered at just changed their visitor rule to only one support person in the labor and delivery unit.

We both went in and we were so excited to meet Lily. We were just as excited as we were to meet her brother four years ago. While I was getting ready to be induced, we talked about how she might be and what she might do in life. When I finally get induced, however, it did not go as planned.

None of it really did. My body was having a bad reaction to my epidural, and my contractions did not have much of a break between them. This was putting Lily under distress, and I was freaking out because I couldn’t feel my arms. I ended up pushing Lily out naturally. It was not pretty at all!

Once I delivered her, they put her on my chest and then took her to the other side of the room to examine her. Once they brought her back to me, my husband told me the pediatrician said she had low muscle tone. He also started to panic, because he said she looked like she had Down syndrome. I quickly brushed it off and told him he was overreacting.

All the medical staff exited the room, and then the nurse came in to tell us the pediatrician wanted to speak to us. Once the pediatrician came in, she said she believed our daughter may have Down syndrome, and for a brief moment my world froze. My husband and I kept on asking the pediatrician what were the chances of her being wrong.

She told us there was a chance, but she hasn’t been wrong. However, in order to confirm we would have to send her blood work off for genetic testing. It would take a week for her blood work to come back. The rest of the day was filled with so much sadness. We both called our parents and told them right away.

So many things went through my mind: How am I going to tell everyone Lily has Down syndrome? Why did this happen to me? Am I cut out for this? What will David think of his sister? I will never get to do the things I want to do with her. What will this nasty world think of her? How can I feel this way about her when I was panicking about losing her?

We did not get to bond or connect with her much that day. My husband and I cried together a lot that day. My husband decided to go check on David, who was staying with his parents, and my mom was able to come in to meet Lily. At the time, the hospital was allowing support persons to leave and come back. I cried with my mom and finally held Lily for a while.

I was finally able to bond with her, and we pointed out how beautiful she was. My mom left so my dad could come in, and we both bonded with her also. Once my husband came back, I told him to hold her. At first he hesitated, but once he did he started to fall in love with her. We both realized she was just as perfect as our little David was as a newborn.

When we got home, both our parents and David were waiting to greet us. David was so excited to meet his baby sister. In his eyes, she wasn’t different. She was his baby sister. He loves her so much and even cries for her at times. A week later, I got her confirmed diagnosis of Down syndrome while I was at the pediatrician’s office. A few emotions of sadness came in, but they didn’t last long this time. I was kind of expecting it.

Lily is now almost ten months old. She smiles at absolutely anything and she has this sweetness I’ve never seen before. She’s our little angel, and we do not know what we’d do without her. God put her in our life for a reason. As for David, he’s starting to realize she has some special needs due to the amount of therapies she has. However, he’s super helpful and loves playing with his baby sister. They are inseparable.”

This story was submitted to Love What Matters by Alexandra White. Submit your own story here, and be sure to subscribe to our free email newsletter for our best stories, and YouTube for our best videos.

‘I don’t know how to tell you.’ He looked fearfully at her twin. My body turned into a science experiment.’: Preemie twin diagnosed with Down syndrome, ‘We truly are the lucky few’

‘She’s in heart failure.’ I’d most likely never get to meet her. We could deliver our stillborn baby.’: Woman gives birth to high risk Down syndrome baby, ‘She defies all odds’ 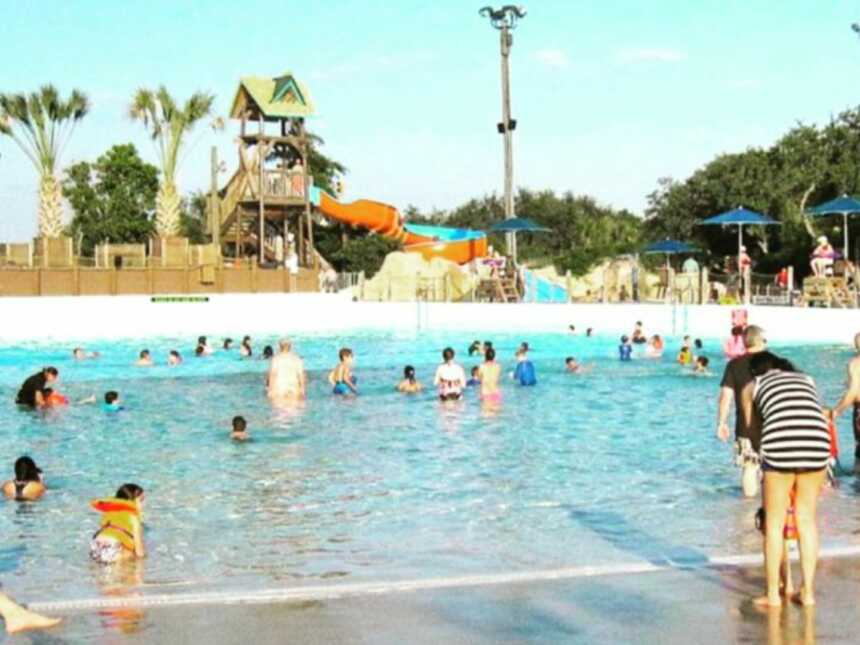 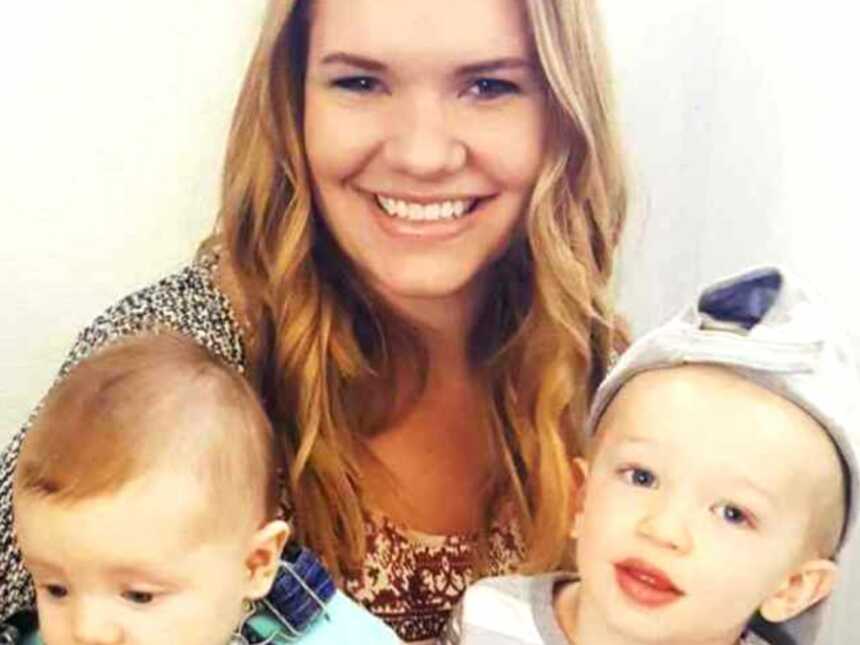 “If there is any way you can make it work to stay home with your babies–and if your heart is called to do so–I encourage you to take that leap of faith.”

4 Tell-Tale Signs You Are Feeling Burnt Out

“All I wanted to do was lay in bed, do nothing, and just exist. I felt lazy, but as time passed, I noticed it was burnout.”