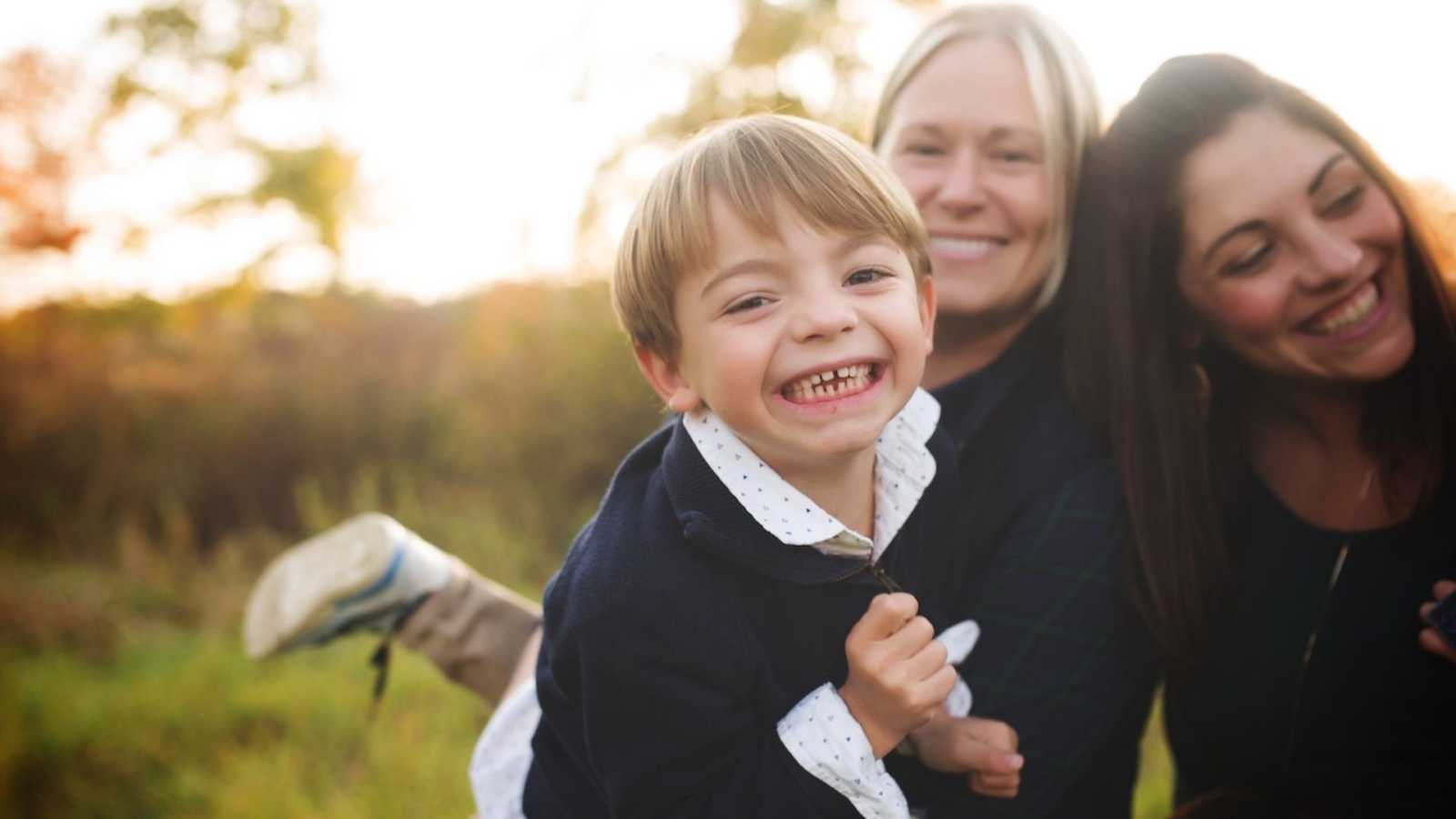 “Improv: of, relating to, or being improvisation or improvising: to make, invent, or arrange offhand.

I can remember freshman year in college, standing in the Black Box theater, as the exercise of ‘Improv’ was explained. There are no rules, our professor said, except to accept what you are given and to not say ‘no.’ If you were to say ‘no,’ the exercise simply would not work, and what could be a beautiful practice in experimenting, learning, and believing would be over.

We were unleashed on the stage, at the whim of our fellow participants, encouraged to let loose, let go of any caged restrictions of being polite or proper we brought with us when we entered, and told to trust the players, giving them our everything while in the arena. Lately…I feel like this is simply the only way to explain what ‘Parenting Autism’ is.

Parenting Autism is buying screen protectors for televisions, knowing at any given moment, something could be projected at your TV, and saying, ‘No, we don’t throw things at the TV,’ means game over, with shattered cracks and black fuzzy projection in your future.

Parenting Autism is the inability to relax at a birthday party or group gathering, because any simple thing could set your child off, and in the split-second moment of fight or flight response, you have to be able to deflect both or either.

Parenting Autism is accepting if you are in a gathering of any kind, when your child tells you it’s time to go, you pack up your troops and belongings and hit the road, despite if the journey there took longer than the time you spent in the place.

Parenting Autism is understanding if your son sprints down your long driveway like an African cheetah who hasn’t eaten in a week and sees a deer at the end where the cars are rushing by, you can not expect him to listen to ‘freeze,’ ‘stop,’ or even ‘come back, please,’ and you have to accept he is going to run to the end of the driveway unless you prevent him from doing so.

Parenting Autism is watching ‘boys will be boys’ turn into lifelong scars, when typical wrestling provides permanent damage and the folks in the ER know you by your first name, because ‘we don’t hurt/kick/punch/pull hair/etc.,’ simply does not register among the focused rage of revenge.

Parenting Autism is a melting heart when those same boys look to each other in moments of tenderness, and despite social interaction, physical touch, and eye contact, they can be atypical and practice all three, followed by the words of ‘I love you’ before an unexpected embrace.

Parenting Autism is understanding can’t vs. won’t, and not holding it against them, or yourself.

Parenting Autism is tears…lots of tears, but both those of sadness and equally as many of joy, when you let them fall.

Parenting Autism is strain on a marriage, the kind which can either break or make you, depending on if it tears you apart or brings you together, and the kind which can make you believe in the power of parentship: the strength of a team.

Parenting Autism is sleepless nights…where the brain of your child cannot stop, and the imagination is wild as the rest of the world is at peace.

Parenting Autism is in the love of the lines, remembering to believe in the smallest of details and differences that makes each piece of line an important factor in the greater picture.

Parenting Autism is accepting that your child plans to eat the same meal every day, no matter how strange or lacking in vegetables it may be, because at least it means their belly is full.

Parenting Autism is high-fives in the kitchen with cheers when your child eats a new food—and with a fork instead of his fingers, no less.

Parenting Autism is seeing the importance of a specific print on a specific t-shirt as the difference between a good day and a bad day at school, because the love of the character in one print can make your boy brave in the moments when the anxiety can feel paralyzing.

Parenting Autism is celebrating when your child gets notes sent home from school, saying they had a ‘great’ day, were present, worked hard, and served as the class’s special helper.

Parenting Autism is teaching your child all feelings are important, and meant to be felt—accepting and acknowledging any and all of those feelings when they surface unexpectedly.

Parenting Autism is sacrifice for all members of the family, but the greatest gift of learning what hard work and commitment to each other can truly mean.

Parenting Autism is witnessing magic in the every day moments, the kind that creates beauty and cannot be imagined or believed, if not experienced first-hand.

Parenting Autism is blind faith in the fact every moment of your life, before the one you are in, has prepared you to trust your instincts and move blindly forward without expectation or opposition.

Parenting Autism is getting on board to not saying ‘no,’ but to being present with your child for all of it: the hard moments, the magic, twenty-four hours a day, three hundred and sixty-five days a year.

When we started to follow the rules of improv, in terms of how we parent autism, we found more joy, more excitement, and more freedom.

We let go of the society-presented rules on how to parent, and began to listen to what our children needed from us, accepting all players on the stage had equal opportunity to dictate where the scene could lead.

We stopped taking it out on each other, like somehow it was anyone’s fault, vs. just the magical arena we walked into, choosing to partner, hand-in-hand, as a unit in the skit, vs. individuals thrown in separately.

We began to focus on the wonder and the reward in all of the work, appreciating the unknown twists and turns of our story.

We participated in the art of it, and watched in awe how our faith, attention, trust, and acknowledgement gave our children the courage and confidence to be who they were made to be, each taking opportunities to shape our narrative.

We are only a few years into this improv journey with autism, and fewer as the present improv troupe we were made to be, but we look forward to the journey ahead as a team.

Yes, ‘Parenting Autism’ has narrowed our audience, as our performance is not one everyone buys a ticket to, but those in the stands cheer louder than a room full of those who were barely watching to begin with.

And yes, ‘Parenting Autism’ is a marathon, not a one-night performance…but it’s fresh, exciting, and still yet to be decided, promising cliff hangers at every turn.

So, if you’re in the arena with us, send us a wave, a wink, a hello…or even an introduction to whatever scene you want us to be a part of. We’ve learned the rush and thrill of the trust fall, and once you’ve experienced the pure, organic magic coming from the unknown, it’s truly hard to ever say ‘no’ again.”

This story was submitted to Love What Matters by Christina Young of Twinning with Autism. The story originally appeared here. Submit your own story here, and be sure to subscribe to our free email newsletter for our best stories, and YouTube for our best videos.

‘That’s so sad.’ But we are NOT sad. I just wanted to squeeze him so hard and run right out of there.’: Autism mom says ‘His diagnosis is actually his superpower’

‘Is it normal to be nervous?’ I knew he wasn’t going to do a damn thing. It was not an attack on my parenting.’: Autism mom reminds special needs parents, ‘Your kid isn’t broken’

‘I don’t know his favorite color. He can’t tell me. I’ve grieved. Imagine not being able to communicate?’: Autism mom describes highs and lows of parenting, ‘He makes me a better me’