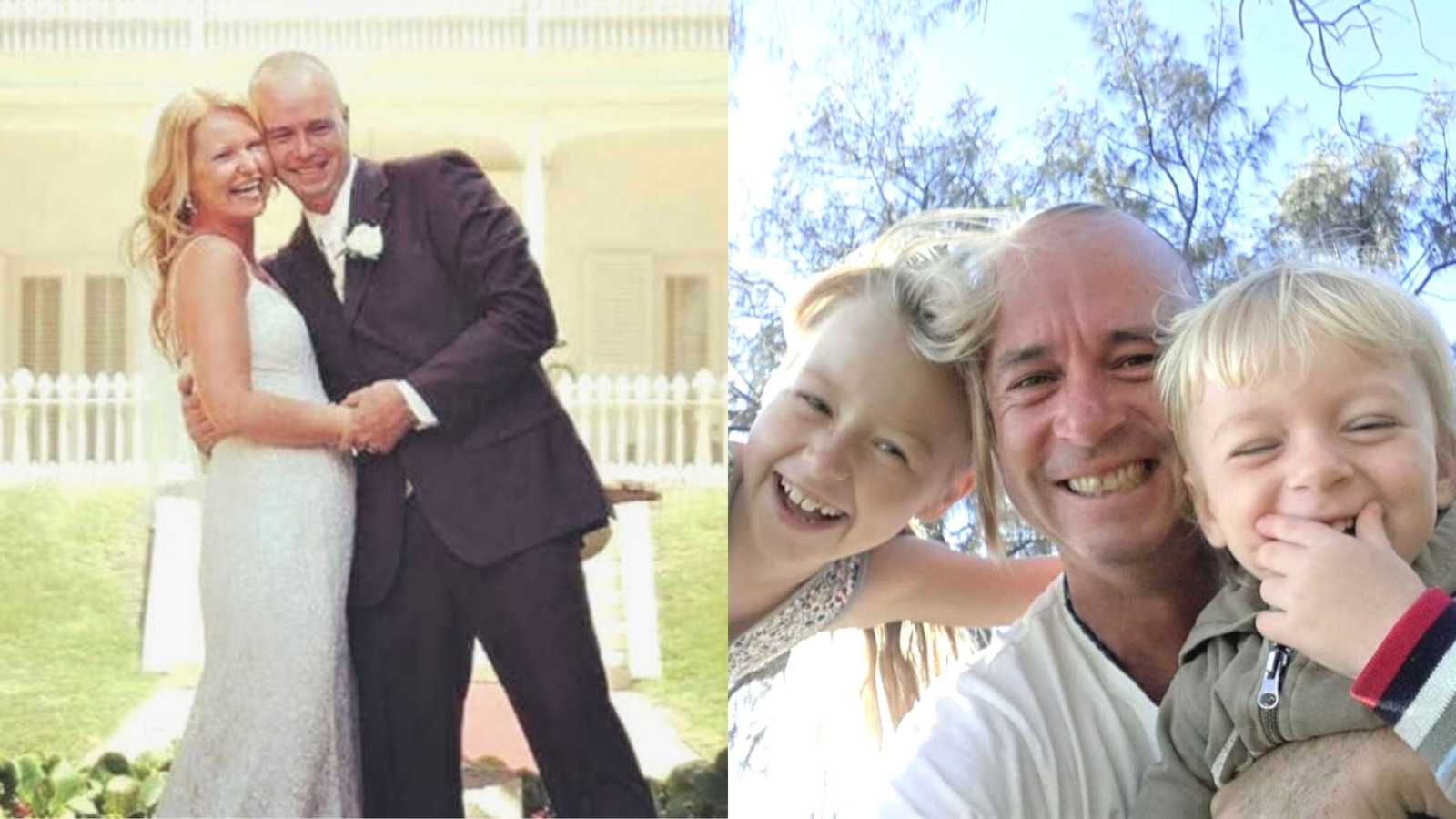 “It’s only taken me 3 or so years. Fair enough though, I think. I sort of had a few things on my plate already. Being a single Dad will do that to you. Drain your energy; sap your will, and simultaneously slow down and speed up time, to the point there is nothing else but the world of raising children. Not that I’d change it for all the rice in China, mind you. I love the little munchkins, every cuddle, smile, tantrum, and success. I would just prefer my wife Renee to be here to share it with. Not because it’s a chore, just because, well, she’s my wife and their Mum. She should be here to watch them grow up, to laugh at their meltdowns with me, to stroke their hair as they fall asleep. Not too much to ask really. They need their Mum; I want the love of my life back. Simple.

She was first diagnosed at 37, when we were 16 weeks pregnant with our son Albi mind you, and she fought like a warrior for two and a half years until there was nothing left in the tank. She is my hero, my love, and my inspiration.

Which, finally, has led me here. Part self-therapy (better out than in), part explanation (to my family and friends), and hopefully, part help resource for others who find themselves thrust into a life unwanted, undeserved and unplanned due to the loss of a beloved partner.

My name is Chris. I am a 43-year-old widower with two children, Grace 9 and Albi 5. Uncut, raw, and from the heart, this is my story.

Losing someone you love changes you at the very core of your being. Whether you like it or not, simply put, you are not you anymore.

Well, you are obviously still the same person physically, albeit with a couple of extra kilos stacked on from the early days, chowing down Doritos and binge drinking cheap wine on the couch while watching home movies and bawling for days on end. But inside, deep in that unquantifiable part of us we call the soul, you are forever altered.

Which is quite disconcerting when you come to realize the old you has flown or is in the process of flying the coop. It’s weird and icky, confronting and scary. It’s hard to put a finger on what it really is.

For me, it ebbs and flows like the ocean. Sometimes it feels monumental, like a king tide on a full moon, observations of my new life crashing down on me in ceaseless waves, and sometimes it’s barely perceptible. A mere ripple in an otherwise normal day.

Things, particularly social, don’t evoke the same happiness they once did. Feelings of loneliness and isolation can feel omnipresent for weeks on end. Even some of my favorite foods have lost their tasty appeal in the wake of cooking and then eating alone. Thank f*ck wine still tastes delectable.

I feel like a casual observer at times, looking down on my day to day life with a despondent eye. Apathy has become my shadow. Passion and zest are forgotten words at times.

But there is a lining. Not silver as such, more of a washy pastel grey, but one that holds a promise of fresh hope.

It offers the chance for reinvention.

It’s not often during your time on this earth you get to say ‘f*ck it’ in such a glorious fashion to life as when you have lost your beloved. When the time came for me, it wasn’t easy, but bloody hell it was the best decision I’d made in a long time.

Surrounded by the memories of a shared life that was no more, I was on a slow and steady path of self-destruction. Friday drinks out would see me come home on Sunday. A glass of wine with dinner would end with every drop of booze in the house gone. I was lost for direction. No clue what I needed to do or even think about.

An opportunity was presented to make a move to the Byron Bay area for 12 months to regroup and take stock, which initially I shrugged off. But as time wore on, the idea grew on me. Sun, surf, sand, WARM WEATHER, and an outdoor lifestyle. It certainly ticked all the boxes Renee and I had dreamed of over the years.

I decided to place the decision in fates capable hands. I applied to a school for Grace and if she was accepted, we were going. If not, we’d stay put.

She got in, and here we are.

As we left Melbourne for the long drive up, I remember being anxious as all f*ck. ‘Would it work? Would we be OK? What would I do without my friends? Is it too much to pull the kids away from everything they know after losing their mum? What the hell am I even thinking!’

But as the road grew longer behind us, a new feeling replaced the dwindling anxiety. Hope. Just a hint, but definitely there.

Questioning thoughts turned from concern and worry, to ideas and possibilities. A new start awaited. For me, for the kids, for life.

Three weeks into our 12-month stay, and anyone who has visited this little slice of paradise will understand, I had already decided that we weren’t going anywhere.

A big part of the contentment I find living here is I have no history. The people I have befriended only know the person they have just met. Sure, they know my story from what I have divulged, but they don’t know the old me. They don’t know who or how I used to be, my personality, my habits. Which means I get to be whoever I choose from here on in. And this, my furry friends, is the pastel grey lining I mentioned earlier before my waffling began.

The move to the northern rivers has given me the chance to reinvent myself. To ditch habits and patterns that either didn’t serve me or held me back from forward motion. I have quit smoking, started surfing, learned the ukulele, became almost vegetarian (thanks to Grace), and have grown a (rather pathetic) beard. How very Byron of me.

So, although I still ebb and flow with the turmoil of grief, and apathy and anxiety threaten to overwhelm if I drop the ball for even a moment, I am making the changes that will lead to a better me. To a happier me. To a happier family.

This story was submitted to Love What Matters by Chris Martin of Australia. This story originally appeared here and here. You can follow his journey on Facebook, Instagram, and blog. Submit your own story here and be sure to subscribe to our free email newsletter for our best stories, and YouTube for our best videos.

‘I wish I could hold her one more time. I’d give anything in the world to just be quarantined with her.’: Widow urges not to take quarantine for granted, ‘This is a season to take time for the ones we love’

‘Are you having second thoughts?’ She responded, ‘No, are you?’ I grabbed her hand and clenched so tight.’: Man loses wife to ‘rare, agressive’ cancer, ‘it is possible for the living to die, too’