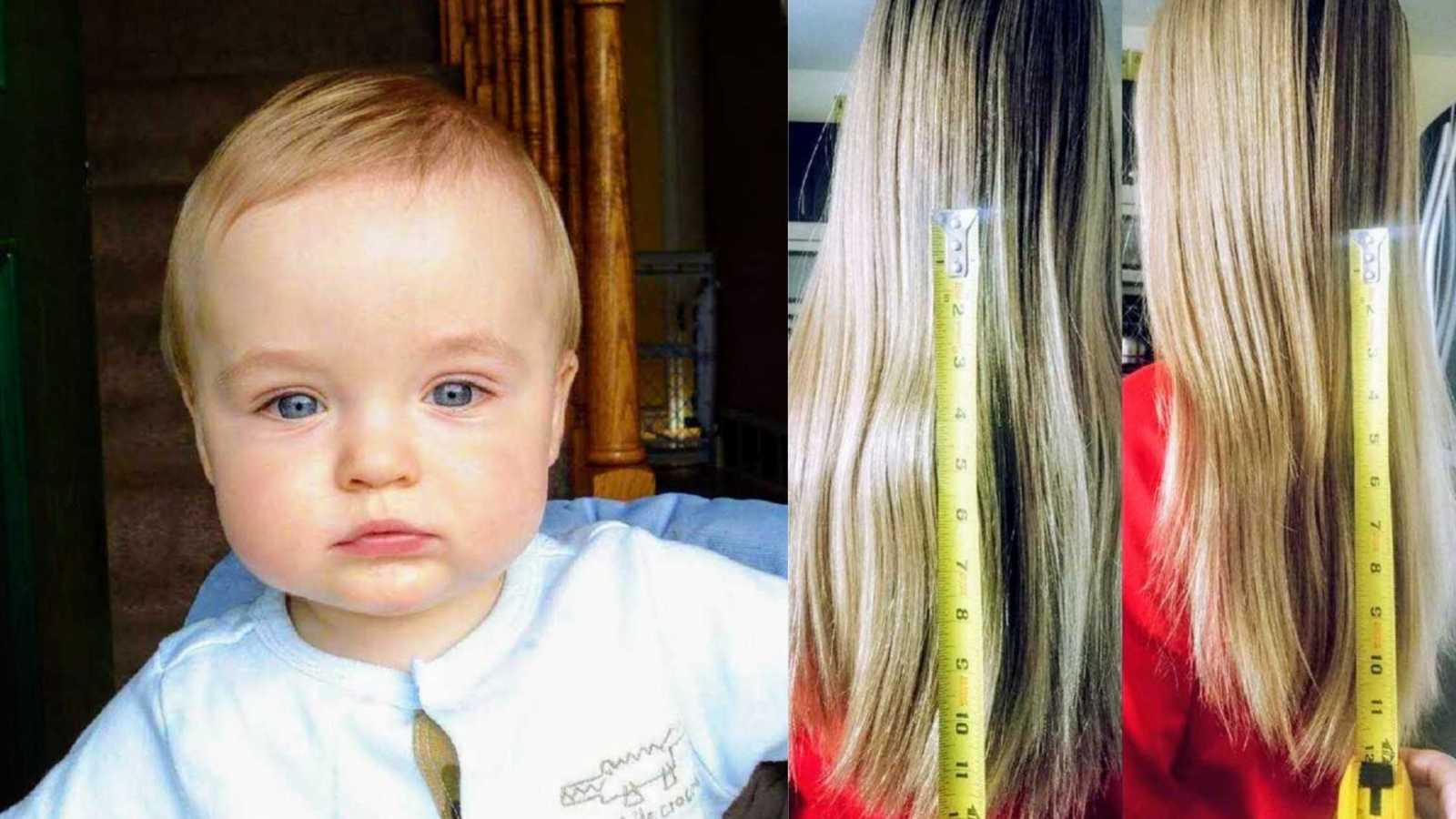 “I had always wanted to be a mother, so I was thrilled when I became pregnant at almost 33 years old. I hadn’t even met my son yet, but was already head over heels. I couldn’t wait to meet him, to hold him. Apparently, he was feeling the same way.

I was 27 weeks into my healthy pregnancy when I went into labor for no apparent reason. At the hospital, my doctor did an amniocentesis while I was in full contractions. It felt like ancient torture but confirmed I had no infection or reason to be in labor. After a few days of hospital bedrest, I was ambulanced to a bigger hospital with a NICU. I laid there, for two weeks, and was told, ‘You can’t leave until your son is born.’

It was very lonely, but my baby was there with me, all tucked in, keeping me company. I heard the sounds of his heart on the monitor. I prayed for him to be born healthy, even if that meant laying in that bed for another thirteen weeks.

Three days later, I was in labor again. At this point, I was at 29 weeks into my pregnancy. Even after a round of magnesium sulfate burned through my body (like liquid hot magma) to slow the labor, it wouldn’t stop. They realized that, for whatever reason, this baby wanted to see the world.

In the delivery room, everything was quiet and going as expected. Until the medical staff ran in yelling scary medical things and whisked me to the OR. An emergency c-section is very scary. I could feel my heart pounding and wondered if I was going to make it, if he was going to survive. The whole process felt a lot like the ending scene in Braveheart where Mel Gibson writhes in pain on top of a table.

And then, in the breaking dawn, I heard three little cries. My newborn was whisked away in the back of the OR by people with masks, through what looked like a drive through window. After the recovery room, I was carted to the NICU to see my son for the first time. They told me, ‘It won’t be a Kodak moment. There’s lots of bruising.’ Yet, when they tilted the incubator, behind the oxygen mask and the tubes, I saw the most beautiful being I had ever seen: tiny, perfect, life. It was love at first sight. I looked back at his father, my now husband, and said, ‘Look what we made!’ We both burst into tears.

I called him Morgan, because his dad was a Boat Captain at the time, and the meaning is Sea Warrior in Irish. He stayed in the NICU for 7 weeks. During those 49 days, I had many fears, and many scares. I would spend my days in the chair staring at him through his isolate and call the hospital at night every 3 hours when they tube fed him, weighed him, and changed him to make sure he was okay.

Some nights, he wasn’t doing very well and I would go right back to the hospital to sit by him. I felt his pain through my body. Every needle through his paper skin, every IV in his scalp, every feeding that he missed, my heart lost a piece. I heard once that having a child was like holding your heart by the hand. Nothing can explain the bond I felt better than those words.

I waited all day to change his tiny doll diaper and hold his feeding tube, 15 minutes a day is all the contact I was allowed. I lived in fear. I pleaded with God, I made deals and told him, ‘If anything happens, take me. Pick me. Take everything from me but spare my son.’ I begged, and he listened. Within three months, I lost my home, my job, my relationship. And my son was spared.

As he grew stronger, I looked forward to the terrible twos and the tantrums. I longed for when he would roll on the floor in grocery stores for a toy car, because that would mean he made it. There are many long-term side effects to extreme prematurity: Cerebral Palsy, impaired learning, blindness, hearing and dental issues, chronic health issues. And Morgan was behind on every milestone by 3 months. But he was adorable, as happy as can be, and slowly catching up.

By the time he was 3, his hair had grown into silky, long blond hair. It was so beautiful and angelic that I let it be.

He had a few haircuts, but his hair has been generally long for most of his life. So, it kept growing and he loved his hair, too. What mattered to me most was how I raised him, what his heart was like, not what he looked like on the outside.

Yes, he was mistaken for a girl by strangers no matter what he wore. Even in his spider man costume, someone said, ‘Oh she’s so cute!’ I got used to correcting people. In elementary school, some of the other kids at school thought it was cool. They tried to grow their own, but didn’t quite have the patience. Other kids asked him ‘Why do you have long hair? You look like a girl!’

There was one instance when my husband, his dad, was standing behind some parents at a Christmas recital. When Morgan came on stage, one parent asked the other, ‘Is that a boy?’ The other replied, ‘Yes, he’s in our daughter’s class.’ The parent responded, ‘That is such irresponsible parenting.’ I never understood that comment.

Morgan has such a generous heart. He stands up for his classmates that get bullied. He loves animals and talks to them in the sweetest voice. He sheds tears for abandoned cats at the shelter, which he likes to visit often. He loved playing with little babies, even though he’s almost a teenager. He gives his toys away, hands them over or donates them. He is very sensitive, thoughtful, and genuinely grateful for every present he receives.

One day, I asked him, ‘Do you want to donate your hair to less fortunate children that need it?’ He instantly wanted to pay it forward, to give back. Now, we had to wait for the required 12 inches because he was not quite there yet. The longer his hair got, the more confused and judgmental others got. ‘What are you doing in the boy’s bathroom?’ ‘What would you like to order sweetheart?’ For every uncomfortable comment, Morgan would stand up for himself. ‘I am a boy. I am growing my hair to donate to children with medical issues.’

He knew his own story and the battles I had faced when he was just a tiny little thing, and he wanted to help other families that experienced medical complications with their children like I did. Other families that were not as lucky as us. When I was called into the principal’s office one day, the topic of Morgan’s hair came up. We told him why his hair was so very long because, at this point, I felt like something needed to be said. He was so proud of him and it was very touching. He supported him, praised him, and, even before knowing the reason, never judged nor mentioned some sort of school code that prevented it. To me, this is how it should be.

After the reaching the 12 inches required, right before Thanksgiving, Morgan made his first donation.

It was an emotional moment for me because I was so proud of him, and an exciting moment for him. He had this big grin on his face when he touched the back of his head and felt his neck. We mailed the hair, and little by little his hair started to grow again. He never mentioned a haircut, and I let him do his thing. Two years later, he was ready to donate another 2 feet.

And guess what he said after it was chopped off: ‘I wanna do it a third time!’”

This story was submitted to Love What Matters by Sandrine Richard of Salt Lake City, Utah. Submit your own story here and be sure to subscribe to our free email newsletter for our best stories.

‘My son begged me to wear a dress. I could see the pure joy on his face. The next morning, my heart raced as we dropped him off at school. Then I got the phone call.’

‘My son wanted to wear a dress to my wedding, so I let him. It shouldn’t be controversial.’: Mom lets son wear dresses, claims we must ‘let our children be who they’re meant to be’ 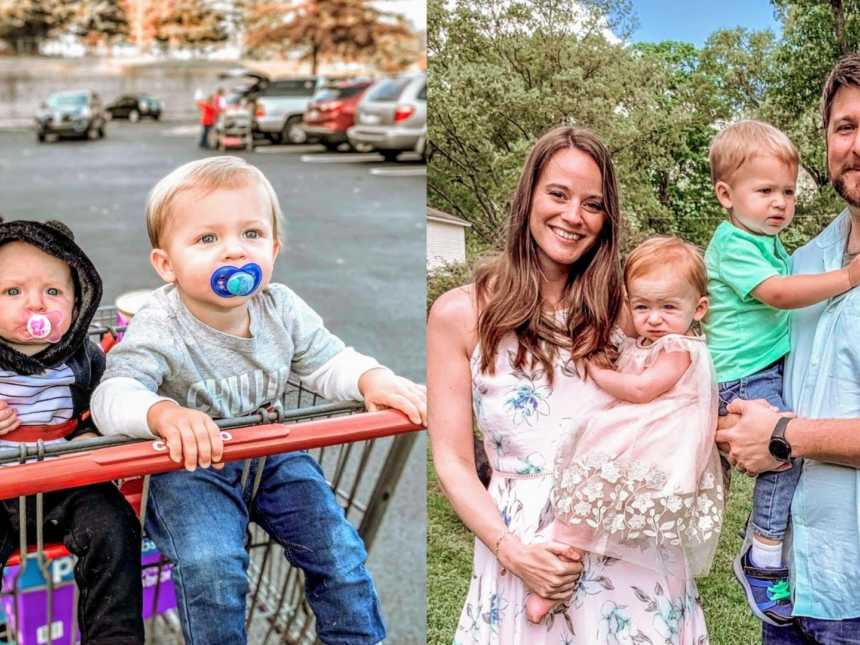 ‘No, mommy. You obey ME!’ My son was LOSING. HIS. MIND. Tears were flowing, arms flailing. He threw his sandwich on the ground in protest. All I could think was, ‘I’m failing.’

“Mom shamers lined up with judgemental eyes. The grocery line was never-ending. My friend and her sweet, well-behaved daughter began quietly cleaning up their lunch. ‘If you do it this way, they wouldn’t be acting like that.’ Within five minutes, I raised my white flag.”