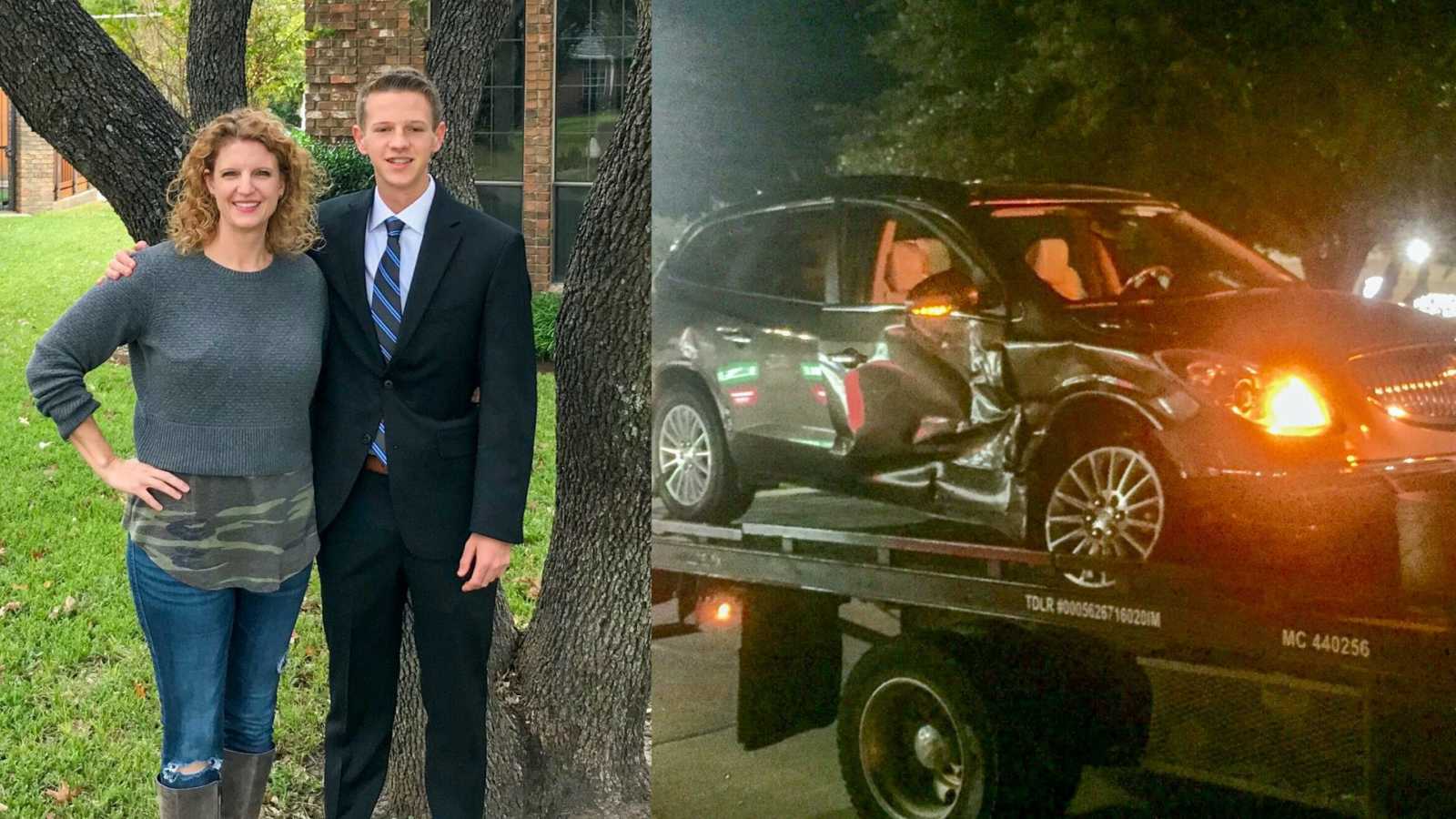 “My son, Andrew, was fifteen years old and at this point in time, the thing that defined our relationship was snack wrappers. It’s embarrassing to admit how much of our daily interaction revolved around his wrappers discarded around the house and me telling him to, ‘pick them up!’ Even when he had been in his bedroom for hours, I always knew the exact position on the living room couch he had been on earlier that day, because the empty wrappers outlined the shape of his body, making an artful statement.

I tried everything possible to get him to clean up his messes. At first, I asked him nicely to, ‘remove the colorful pieces of paper.’ Then I demanded it. Finally, I ended up taking away privileges until the clean-up was complete.

None of this seemed to stick and going around and around with him was exhausting. It was as if every single day before he went to bed, he pushed a reset button that cleared his memory of ever being told to pick up after himself.

So I got more creative. I took pictures of the abandoned wrappers and sent them to his phone with clever captions like, ‘Good morning! Nice to know you are alive!’ or ‘Impressive work…You are quite the artist!’ Yet, the reset button continued to get pushed every night and no progress was made.

When he turned fifteen, Andrew applied for his learner’s permit and completed driver’s education. I often let him drive me on my errands to get his practice hours in. I was proud of what an excellent driver he was. He drove cautiously and seemed to have the ability to make quick decisions if needed. I felt comfortable with him at the wheel even after only a few months of driving. I looked forward to him helping with the family driving when he turned sixteen.

Andrew needed a new bag for school and I needed a new shirt for yoga, so we jumped in the car to run some evening errands. The night was extra dark, and the traffic was thick. We found the perfect duffle bag with his school colors in only one stop, and I found a cute shirt that just happened to be on sale at the second stop.

We had completed our errands so quickly, but I was enjoying Andrew’s company. It was fun for us to be out and about talking about life instead of focusing on the tasks that needed to be done at home. So without thinking, I hopped in the driver’s seat instead of letting him drive, and he went around to the passenger side. I decided to make one more stop.

It is always the unimportant decisions that change lives.

I didn’t think twice about this decision because at the moment, it seemed the natural thing to do. The stoplight was turning red, so I quickly got in the right lane and turned right with the intention of turning left into the grocery store parking lot. I had driven this way a million times before, and there was no need to wait on a red light when the store was within eye’s view.

I made a nice careful right-hand turn and then pulled into the left-turn lane in the median. There was light just up ahead, but why drive out of the way? The traffic was backed up and not moving. The left-hand turn required crossing four lanes. I inched past the first and second cars that had left space for me to cross. The third car stopped to let me through. I peeked my head forward and looked right to make sure there was no one in the fourth lane. No one was in sight, so I gently pressed the gas pedal and then everything went…silent.

As the dizziness settled, I became aware of my surroundings. My car was in the grass. As if time was moving in slow motion, the understanding of what must have happened began to become clear in my mind. I remembered I was trying to cross into the grocery store parking lot. I seemed to be alive. I seemed to be okay.

My knee was throbbing. I reached up and felt my hair. The impact was so great, it yanked out my ponytail holder. It was then I remembered I was not alone in the car. Oh my gosh, Andrew is in the car! The oncoming car had hit the passenger side. Is he okay?!

I looked to my right and Andrew had the same dazed look on his face I must have had as his brain caught up with the reality of what had just happened. ‘Mom, Mom, are you okay?’ he asked. ‘I am okay. Are you okay?’ I asked with as much convincing inflection as I could muster. ‘I am okay,’ he said, ‘I can’t believe that just happened.’

A voice I didn’t recognize was coming from the dashboard of my car. ‘You have been in an accident. Is anyone hurt?’ she asked. ‘Umm. I don’t know. I am not sure. Maybe,’ I replied.

‘Stay there. We are sending help,’ she said urgently. I looked to the right and there were people outside the car. Oh no! There must have been another car involved. I wondered if the driver was okay.

‘Mom,’ Andrew said, ‘We need to get out of the car. There are people trying to talk to us.’ Andrew helped me out of the car, and we embraced.

‘I am so glad you are okay,’ we both said, over and over again. He grabbed my purse, called my husband, calmly explained what happened, took pictures of the cars, and asked how else he could help.

All three of us seemed to have bumps and bruises but were otherwise fine, even though both cars were completely totaled. As the tow truck arrived, Andrew helped me unload everything we could out of the car before it was towed off.

We stood there in the cold, shivering from the shock. I looked over at my son and could not believe the same boy, who couldn’t remember to pick up a granola bar wrapper off the couch, was cool under pressure. He was able to take control of the situation, acting like a man. It was so humbling for my son to be taking care of me instead of the other way around. I was overcome with pride of how strong and calm he was in the midst of a crisis.

The days slowly passed and as our bumps and bruises began to fade, new clarity appeared in my mind. I realized how insignificant wrappers were in our relationship. My son was smart, strong, and growing up to be everything I could have hoped for. I made the decision to not let the ‘wrappers’ in life get in the way of the precious few years we had left before he left for college.”

This story was submitted to Love What Matters by Julie Hornok. Visit her Facebook page here and Instagram here. Do you have a similar experience? We’d like to hear your important journey. Submit your own story here. Be sure to subscribe to our free email newsletter for our best stories, and YouTube for our best videos.

‘HE STILL NEEDS ME to listen to his stories about school, friends, or some ridiculous meme. No matter how old he grows, I will ALWAYS be his mom.’: Mom says teen son ‘still needs me to love him, no matter what’

‘Is this normal?’ My husband watched me jump into that black hole in an effort to pull her out.’: Woman tells how autism affected her marriage, ‘I could only see what was visible in my autism-centered world’