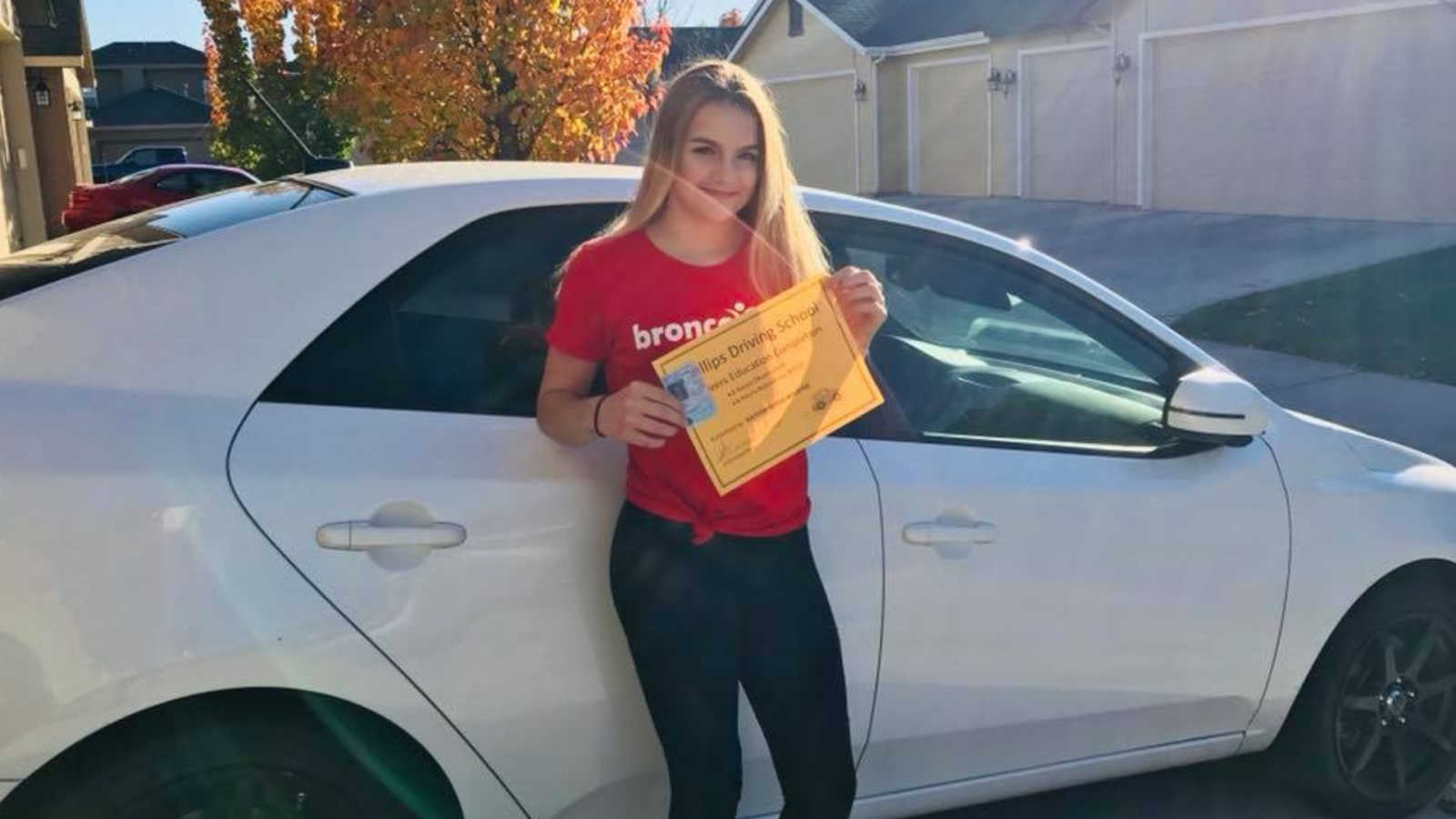 “So, I just got home from picking up my daughter’s car from the mechanic. Yeah, $500 for two tires, an alignment and some broken rod all due to a curb she ‘did not hit.’ Mmmmhmmm. I guess an asteroid must have fallen from earth and slammed into the side of her tire and ripped it all up then. I can’t think of anything else that could have possibly happened. Seems easy enough, right? Just admit you hit the curb. Just say it. The whole thing that holds your tire together was twisted, sister. Maybe the curb hit you. Maybe it jumped out when you weren’t expecting it and it grabbed your tire and pulled you into it. I don’t care what happened anymore, I just want you to admit it.

Ah, yes. That conversation. I get it. She should just tell the truth and she probably won’t be driving until she remembers what happened. And, it should just be easy to admit. I mean, it’s not like any of us ever told white lies to our parents. I can hear some of you now screaming for her head on a stake, but the fact is, we have all been there.

But, I am not sure how I am supposed to be mad at her for not telling me when it happened. She probably didn’t see any damage. I didn’t. It probably happened a long time ago. And, she probably didn’t really think there was anything wrong with it until the car started pulling. You might be scoffing right now, but I am here to tell you, it is possible.

You see, well, lemme just say this first. I never wanted to drive my husband’s truck. He made me. He had a long commute and so it made sense for him to drive my economical car and for me to drive his truck to save gas. The problem is, I had never driven a truck before and while I did my best, those things can be hard to navigate for a 5’0” girl. At the store, I would literally park as far away as possible from all the other cars, because I did not want to try to navigate around them. I avoided going too many places for fear that if I had to turn around, I would be stuck forever. But one thing I did have to do was pick up the kids from school. The war zone. The one parking lot you really never want to venture into. I held the steering wheel steady every time I had to go through the loop, hoping I could judge how much room I had in front of me, and behind. And then one day, I had to park and go in. Yes, I had to PARK. In the lot. There were no spaces on the street and unless I wanted to walk a mile to get there, I was going to have to pull up my big girl panties and park in the lot with all the other moms who knew how to drive.

So, I did. Going into the space, not so bad. I had done it. I was in. I was golden. Nothing could go wrong now, right? Wrong. Because I still had to back out. And when I did, I inched out ever so slightly, until I was pretty comfortable with it, then pulled out a little more and a little more, until the back tires hit the curb of a planter. Why they had a planter in the middle of the parking lot, I have no idea, but either way, it caused me to bounce back and forth. So, I got out, looked at the bed of the truck and nothing. No damage. I was good. So, I went home.

Life went on as normal until six months later when my husband decided he wanted to trade cars again. I was thrilled. I was making dinner, helping the kids with homework and minding my own business when he walked in and had that look on his face. You know, that look. The one where you know you’re in trouble, but you don’t know why. The one where he’s waiting for you to say something and you’re racking your brain about what you should admit to, first? The one where you look around and shrug your shoulders and eventually throw out a, ‘what?’ to see what information they’ll give you before you start confessing that you Febreezed the kids instead of making them shower the night before?

‘Did you have an accident in my truck?’ He wasn’t happy, but he was grinning. Surely, he was kidding.

‘Welllllllllllllllllllll…’ Not sure he could have drawn out that word any longer. ‘Do you want to explain why it’s all bent up under the bed?’

‘No.’ That was the quick answer.

‘Did you hit something? Just tell me.’

At this point, the whole planter fiasco wasn’t even crossing my mind. I hadn’t thought about it in months. The only thing I could think of was that maybe I parked it badly one time and somebody hit it. So, that’s what I told him. He didn’t buy it. And then he told me to come outside and look. I dutifully did, maintaining my innocence until we got there. He had his flashlight out and pointed out the damage. I am surprised he didn’t have flashcards and an accident reconstruction kit to prove his point, but there was no way I was admitting to something I knew I didn’t do. I protested. I crossed my arms. I stomped my foot. I-did-not-have-an-accident. And I maintained that until he got down on his knees, reached under the car and found the evidence.

‘A-ha!,’ he announced! He stood up, with something in his hands, raised it into the sky like Baby Simba and told me to go ahead and explain. My jaw dropped when I saw it. It wasn’t the Lion King, as much as I wanted it to be in that moment. No, it was a boxwood plant. Yep. Dead boxwood that had been lodged up under there somewhere since that fateful day. I told him exactly what happened – that I backed up, the tires hit the curb and there was no damage. He again didn’t buy it, and after he dragged me back down to the school, I found myself taking responsibility with him and the district for the divots left in the planter and the mark on the damn light pole.

So, I’m not going to fault my kid so much right now because apparently, she comes by it naturally. And I also know my husband would have been a good sport with her, because he was with me. He found the humor in it, even if he wasn’t thrilled, but he never once made me feel like a bad person because of it. I made a mistake and he didn’t let it haunt me for the rest of his life. He passed away 10 years later, and while three of our children are adults now, he left me in charge of our beautiful teenager, who is going to make mistakes. He would have wanted me to protect her, love her, encourage her and help her find her way in her grief, but mostly, he would have wanted me to offer her grace. Because that’s who he was, and that’s what I intend to do; judgment or not. Planters or not. Curbs or not. We all know life is too short to waste it on the wrong things. But, sometimes, life is too long to waste it on holding grudges, throwing stones or otherwise being upset. Do yourself a favor. Offer love, extend grace and forgive as fast as you can. Your heart will thank you.”