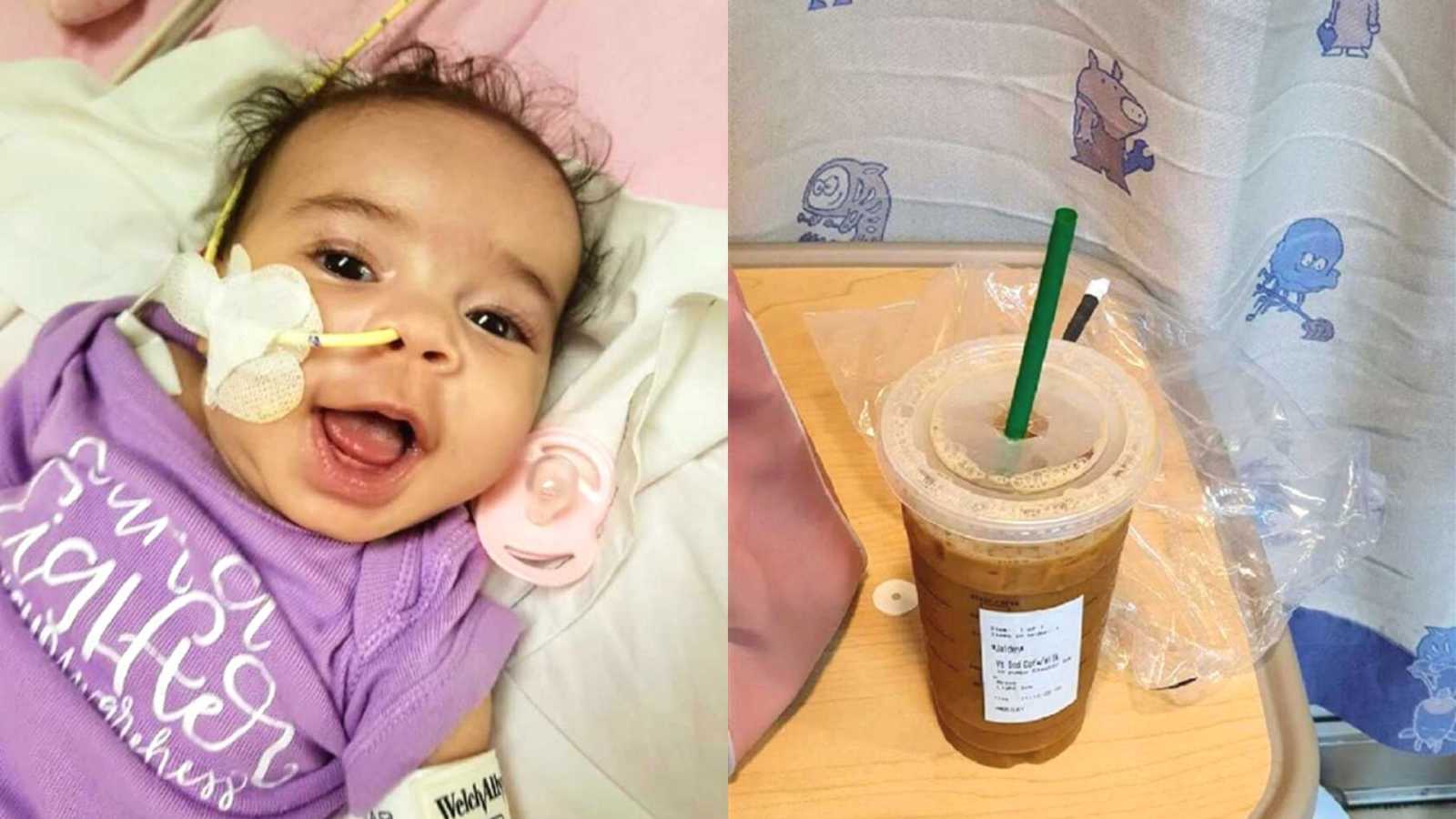 “I will never ever forget the day I found out my baby was sick. September 28th, 2017. I was just 19 weeks pregnant. It was a nice cool autumn day and I was excited to go see my midwife and find out the results of the ultrasound I had the day before.

I will never forget the look on her face. I knew something was wrong right away. She sat me down and said, ‘Jaiden, I’m so sorry but there’s something wrong with your baby’s heart.’ I broke down. I cried so much I made myself sick. I literally couldn’t even hear what she was saying because I was crying so hard. She told me I had to get a fetal echo done the next day to see exactly what was wrong. I remember texting my aunt and telling her to go to my mom’s place so I could break the news. We all cried together. I was scared I’d lose my baby…that’s all I could think about.

After multiple ultrasounds, echos, and genetics appointments, we got her full diagnosis. Heterotaxy syndrome, pulmonary atresia with single outlet valve, single ventricle, situs inversus, and dextrocardia. The cardiologist explained she would need at least three surgeries in her life, the first being at just two days old.

On February 12th, 2018, I gave birth to a beautiful baby girl, 5lbs 15oz. I didn’t get to see her at first. As soon as I pushed her out she was taken from me to be assessed and sent over to the NICU. But, my god, she was perfect. She had a full head of hair and beautiful brown eyes.

February 15th, 2018, at around 3 p.m., Amira was taken from my arms and brought back to the operating room for her first open heart surgery. After sleeping for two hours, I woke up at 3 a.m. so I could spend as much time with her as possible. I sang to her, cuddled her, and was able to breastfeed her one last time. And I cried (I do a lot of crying).

After a very long nine hours, Amira came out of surgery. When I saw her for the first time, I broke down. She did not look like my baby. She was swollen and almost double her size. There were tubes and wires coming out of almost every part of her body.

Nonetheless, she was recovering great! She lost some fluid and had some things removed from her tiny little body.

February 19th was the second worst day of my life. We were having a great day. We had some family come up and spend some time with Amira. After they left to go back home, all of a sudden, Amira started shaking. It looked like she was having a seizure. I screamed at the top of my lungs for a nurse and a bunch of people rushed to her side. I remember a nurse practitioner calmly saying, ‘I don’t feel a pulse.’

A fellow came over and said the same thing. I couldn’t believe how calm they were. The man started doing chest compressions and all I could make out was, ‘NO!’ Over and over. That’s all that came out of my mouth.

I was eventually dragged out of the NICU while they worked on my baby. I then realized I had just watched my baby die. My seven-day-old baby flat lined and died in front of me. A surgeon came out and explained they were hooking her up to ECMO (Extracorporeal membrane oxygenation).

After five long long days of uncertainty, Amira was able to come off of ECMO. Her little chest was left open, but was closed three days later.

It’s safe to say Amira had an extremely rough go. She spent the first five months of her life in the CCCU. In June of 2018, Amira moved out and up to the cardic ward. Then, after seven months in hospital, Amira was finally discharged and came to live with me at the Ronald McDonald house in Toronto. But it didn’t end there.

In June of 2018, I was informed she would need also need a heart transplant. Her heart was too sick for her second surgery and there was nothing anyone could do…except wait. I was devastated yet again. I felt guilty the heart I gave my baby wasn’t good enough. I thought she was supposed to have surgeries and be okay, but that was not the case. She didn’t deserve all of this pain!

To this day, Amira is still waiting for a heart transplant. It’s been 400 days. I was just told that she is getting really sick, really fast and needs a heart more than ever. Her days are becoming limited and we desperately need a miracle. I want to urge everyone to sign there donor card. Please be a hero.

But through this painful journey, there has been some light. The light of kindness. I’ll never forget the compassion I was showed by fellow moms when I was at my most vulnerable. After several hours of waiting in the hospital during my daughter’s open heart surgery, completely restless and emotionally ruined, I posted to a local mom Facebook group:

‘Is anyone at Sick Kids [Children’s Hospital] right now? I have a huge favor to ask. I’m in the ER and I can’t leave my daughter alone, but I really need a coffee.’

Almost instantly, hundreds of women and other ‘heart mama warriors’ jumped to help me in my time of need and offer kinds words. And, to my surprise, a wonderful lady named Elizabeth got in her car and came to the Children’s Hospital just to bring me a coffee. I was amazed by her act of kindness and blown away by the fact that a complete stranger dropped everything to come support me.

Going through this as a single mom has been a lot. It’s exhausting. But now I don’t feel so alone. No act of kindness goes unnoticed. No matter how small you think it may be to that person, it means the world.”

This story was submitted to Love What Matters by Jaiden Cowley. You can follow her journey on Facebook. Submit your own story here and be sure to subscribe to our free email newsletter for our best stories.

‘I noticed an elderly woman sitting alone. My exact thoughts were, ‘Dang, I’d hate to have to eat alone’. I walked over to her and asked if I could sit with her.’

‘This soldier, who died in Afghanistan, was being flown home on our flight. I have never cried so much for someone I didn’t know.’ Man recalls ’emotional’ flight, airline captain’s act of kindness