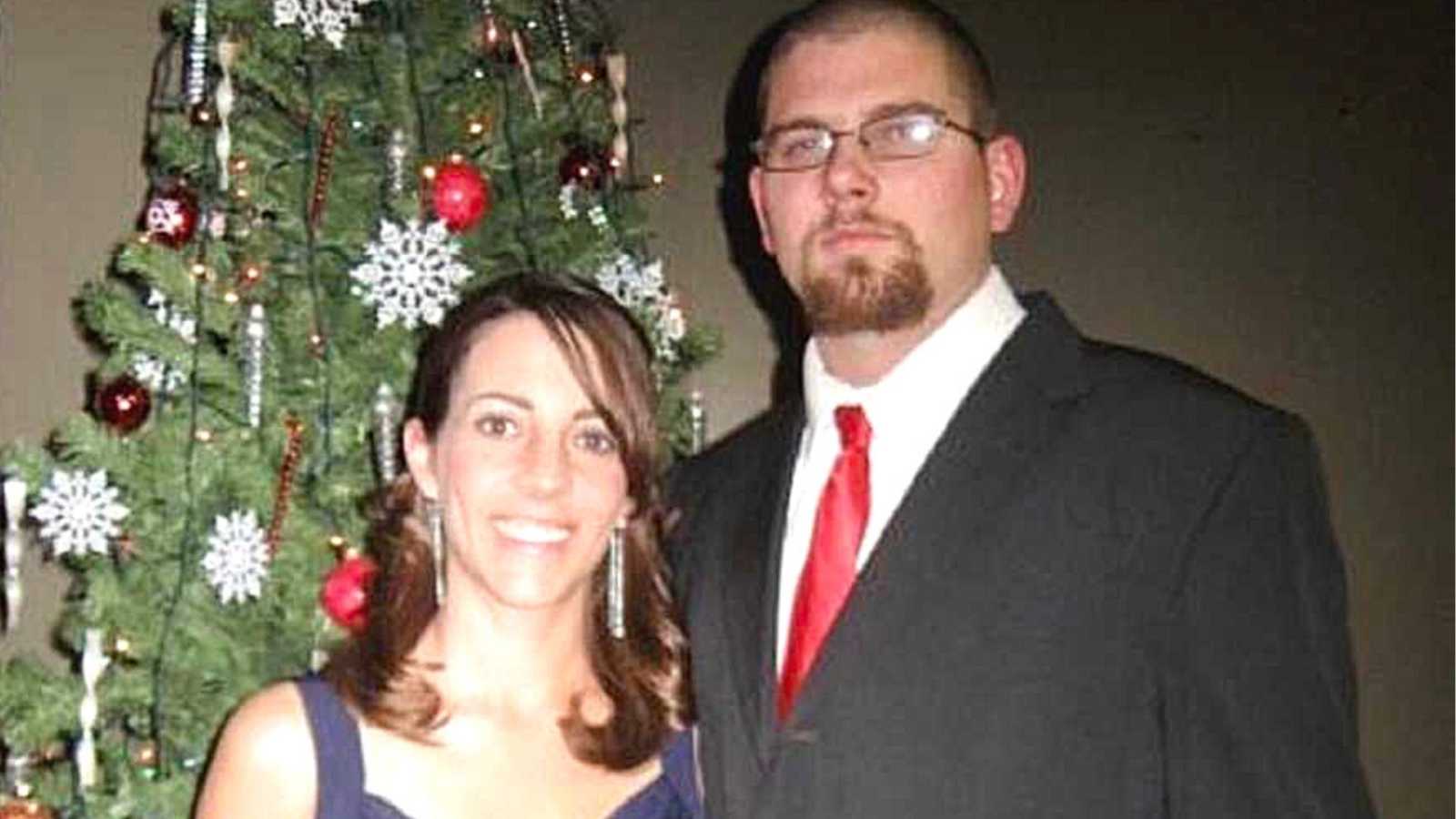 “‘I don’t love you. I never did. These past seven years… I’ve just been playing house with you and the kids.’ My husband John scoffed these words to me in the fall of 2011 in our bedroom less than an hour after I found a video email from his married girlfriend confirming my worst nightmare. I was trembling uncontrollably and sat down on the floor at the end of our bed. This is where the roads to our deaths began, on the floor of our once-sacred bedroom with his 6-foot-2 frame towering over me.

The next two years would go something like this: confessions of countless other women, the revelation of a pornography addiction, STD testing every other month, marriage counseling once a week, SLAA meetings twice a week, meetings with pastors twice a month, hospital visits for my rapid weight and hair loss, reading every book in existence about healing a marriage, and a slew of well-meaning friends advising me to shut my mouth and pray for my atheist husband while assuring me that things would get better one day.

Things did not get better. The more help I sought for our marriage, the worse John got. He became controlling, jealous, and irritable. He moved into the garage, ate strange foods, barely slept, and took days and weeks off of work. He refused phone calls from his family and friends, and quit counseling.

In January of 2014, after almost 10 years, two kids, one house, hundreds of meals, holidays, parties, stomach viruses, fevers, hours of yard work and all of the things in between that bind people together as a family, we broke. What started as an argument over travel plans, ended in a physical altercation. The next morning, I packed my bags and the kids and I left.

Two months later on the evening of March 23, I received John’s suicide note via text message. I was able to get him on the phone while my dad phoned the police. For the next two hours me, my dad, my in-laws and law enforcement sat on an old road in the middle of the Mojave desert listening to the helicopter above us that was trying to locate John while we passed my cell phone back and forth begging him to put down the gun.

Just before 9 p.m., John asked for the phone to be handed back to me. After hours of trying to convince him to stay alive, I was silent for a moment while I listened to him sob uncontrollably; there was nothing else for either of us to say. He had been slowly dying for years now, and neither of us could be in denial about it anymore. ‘I can’t… goodbye… I love you,’ he slurred.

I never heard the gunshot, just his screams as his life came to a violent end. He could’ve turned off the phone first, but no. He wanted me to hear everything.

What happened in the days and years that followed his suicide is hard for me to make sense of even now, almost six years later. I know that the former, innocent, and optimistic me is dead and that I grieve her. I know that I grieve my kids’ innocence and their future. I know that there was a lot of vodka and a lot of men whose names I don’t remember. I know that there was rage and despair and guilt and the adoption of the F word into my daily vocabulary. I know that I was abandoned by most of my friends and family for how I chose to grieve and that I was attacked on social media by strangers for my rants about the injustices of widowhood in between cleavage selfies and videos of me drunk at 2 a.m. singing bad karaoke. And I know that when the alcohol and man high would wear off, there was a lot of shame, and this is where acceptance for my losses began; right there in the pits of a mourning process that would’ve made even Courtney Love gasp.

It began in 2016, two and a half years after the suicide with the publication of my first book, ‘Boys, Booze, and Bathroom Floors’ -my diary turned memoir recounting in graphic detail some of my post-loss drinking and sex binges. Thousands of widows from all over the world flooded my email and social media sharing their similar, unsophisticated reactions to loss. You mean I wasn’t alone?! What I thought would be an offensive and shameful book about promiscuity turned out to be a tool that so many unconventional mourners used to comfort and validate themselves while in turn, comforting and validating me.

This opened the door to opportunities to host workshops at Camp Widow San Diego and Camp Widow Tampa , and several guest spots on podcasts, blogs, book clubs and on TV. Next was the publication of my second book, ‘Vodka Soup for the Widowed Soul’ in 2018, and then the most shocking personal and career move of them all: sobriety and a job at a mortuary as a funeral service director.

My life approaching 2020 is pretty quiet now. I never did fall in love again or heal and I have no expectations to do so. I don’t believe in a complete healing, I don’t believe in getting over, moving on, or that my husband is an angel watching over me. For me, my only goal is to reach acceptance and to stay in this realm for as long as I can once I reach it. On my good days, and occasional good weeks, I accept that John was sick and therefore didn’t make the choice to leave me. I accept that we had more good years together than bad, and that he wasn’t the monster that mental illness made him out to be. I accept that he loved me to the best of his ability and that this was not enough. I accept that my children will never be who they were meant to be, but that they will be something even better, and I accept everything about who I am, especially the bad parts.

When I am directing a funeral at work I never resort to platitudes when speaking with the bereaved family. There is no ‘time will heal your wounds,’ ‘they are in a better place,’ ‘this all happened for a reason,’ I simply tell them what I have learned to tell myself:

‘Do you need some water? Tea? Coffee? I’m sorry that this happened to you. It’s not okay. I know there is nothing I can say to make it better. Please take care of yourself as the days turn into weeks and the weeks into years. Grief and love are the same, in that they last forever.’”

This story was submitted to Love What Matters by Michelle Miller of San Diego, California. You can follow her journey on Instagram, Facebook and her website. Learn more about her books here. Do you have a similar experience? We’d like to hear your important journey. Submit your own story here. Be sure to subscribe to our free email newsletter for our best stories, and YouTube for our best videos.

Read more powerful stories from widows in their grief journeys:

‘You accused me of infidelity. I did not recognize this man screaming at me.’: Woman tries to heal family after husband’s suicide