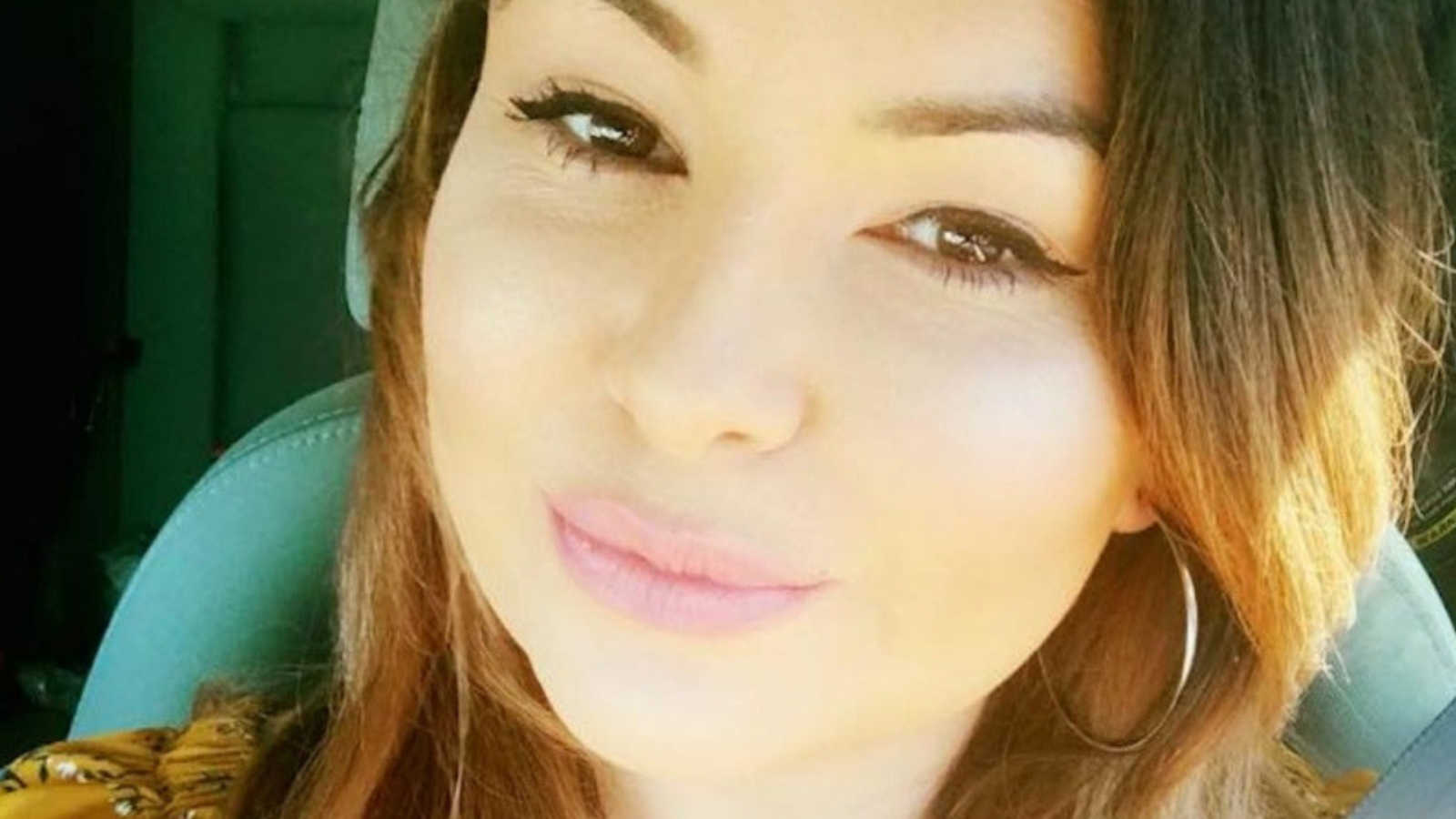 “My son was invited to a fellow kindergartner’s birthday… our first invite living in a new area, where I know NO ONE. I was pretty nervous, okay? Caca in my pants nervous.

I bought a new outfit, waxed my eyebrows and even sprayed deodorant. I BECAME PRESENTABLE DAMMIT, and I was ready to make friends, ya know what I’m saying?

After 40 attempts at winged eyeliner, I arrived to the party looking a little like a lady of the night and Cleopatra. The birthday mom opens the door and I’m like, ‘Heyyyyy! I know you! We were pregnant at the same time!’ Thinking she was a mom that also recently had her baby that I met at childcare and had the same aged-gapped-children as me. ‘Oh really?! How old’s your baby?’ … ‘3 months,’ I replied.

She probably thought I was implying she looked like she just had a kid.

It got worse from there… I was like a slow moving sloth hovering over my child and pretending he needed me, when it was *I* that needed him. I even asked if he wanted to hold my hand while he played with his friends but he looked at me like, “Buzz off mum, you’re cramping my style.’

So I struck up a conversation with a dad, where I must have been so boring to talk to that he edged further and further away from me until he was about 30 feet away. I messaged my husband and said, ‘this is the worst, I have no one to talk to.’ I even had it all planned out that I would write a post about how hard birthdays can be…

But that was until the birthday mom messiah handed me a glass of liquor with a wink and like Jesus, turned my watery personality into wine, and I transformed into Priscilla, Queen of the 4th Birthday Party.

A metaphorical crown was planted on my head and I walked around the party like a majestic gazelle, waving like the queen to the fellow party go-ers. ‘Hello, yes… I am wearing purple eye shadow today… yes this IS a chocolate stain on my pants FROM TODAY.’

The magical drink found its way to my frontal lobe and impaired those inhibitions like a mother-in-law in the labor ward. ‘Don’t worry doctor, I’ll cut the cord!’

Suddenly, the dad from earlier? I knew what he did for a living, met his wife, their 3 children and know where they live, what their thoughts are about the Illuminati and which bachelor they prefer.

I was pissed off this one glass of wine, and my cares flew right out the window. I got so deep with one lady we spoke about our fantasies… hers was making love for 12 hours and mine was sleeping for 12 hours.

I swear I was having such a good time that when this little boy came up to me asking me if he could go to the toilet, I realized I was in fact at a child’s party, and this little boy was my son.

That glass of heavenly confidence boosting gold made my day. I now have two phone numbers and a date to a drunken night out with three ‘bad moms’ (I’m stay-at-home MILA KUNIS).

Say what you will about mom drinking culture, but it brings people together…” 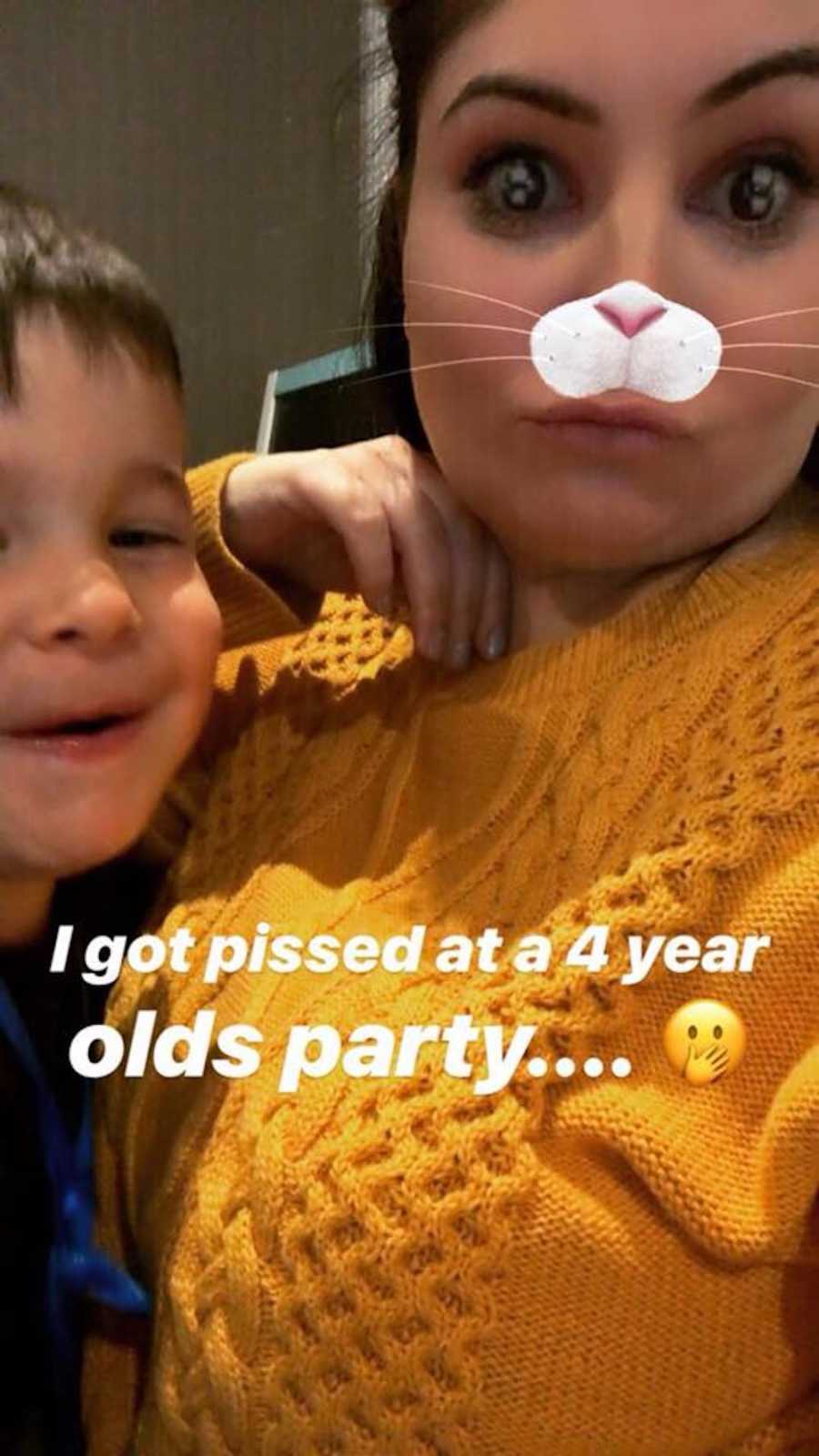 ‘You farted yet, love?’ While in hospital after birth, I was asked constantly if I had passed gas. My answer was always no.’: Mom hilariously recalls what happened when nurse gave her ‘the sweetest liquid and two pills to get me going’