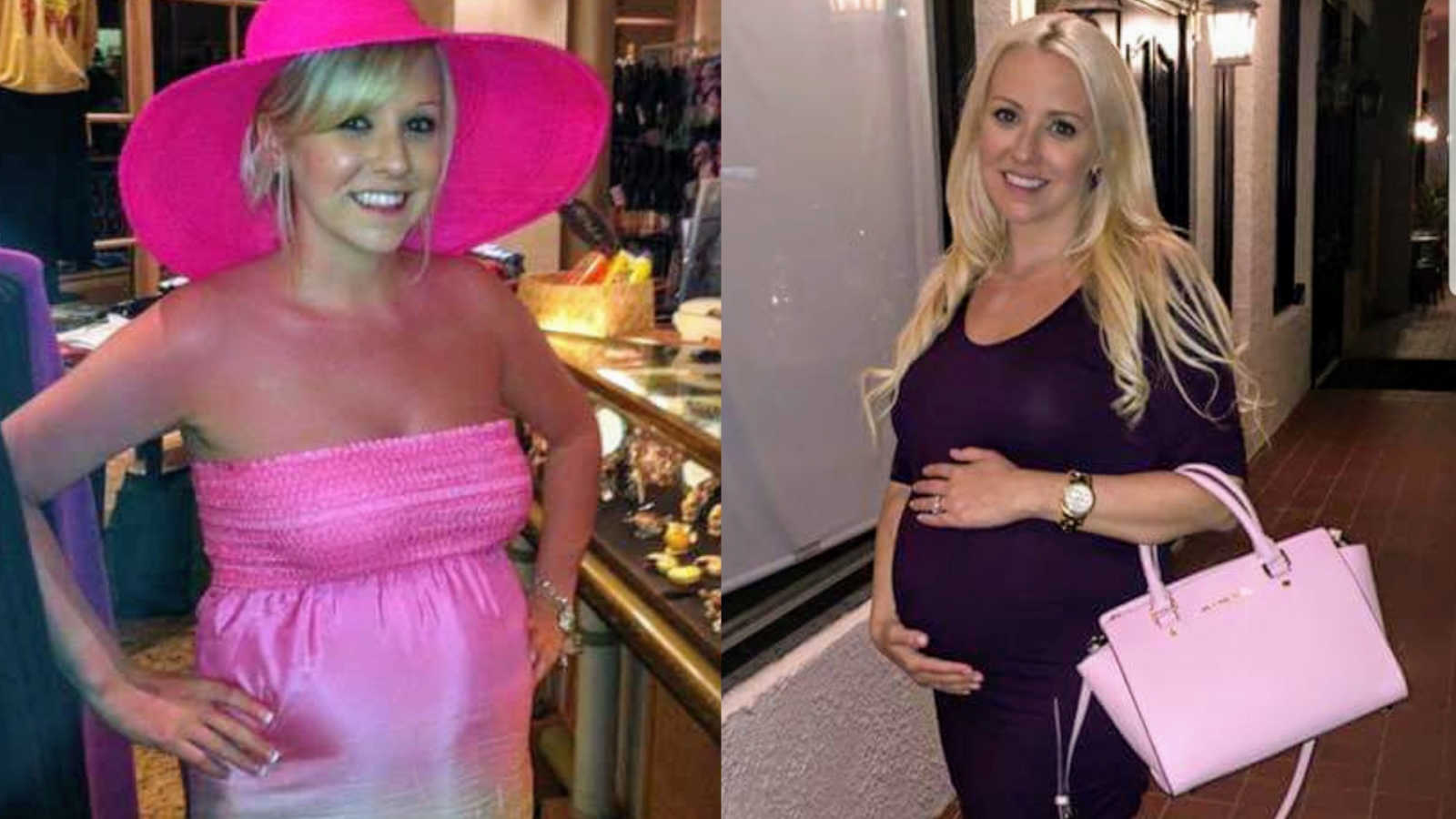 “I hated being pregnant.

I know I’m not supposed to say that, because to carry a baby is a precious gift so many women long for….

I hated how sick I felt from sun up to sun down. Zofran was by best friend. I remember running out the day before a week-long trip to Pittsburgh, and because it had to be approved each month by insurance, I wasn’t going to be able to get it in time. Knowing that I couldn’t crawl out of bed each day without it, my husband took a gamble hoping the insurance would reimburse him and shelled out the $400 for another month’s supply. They didn’t reimburse him, but to this day, I stand firm in the decision that I would have taken out a second mortgage just to pay for my ‘fix’. It was a godsend.

I hated the weight gain. It wouldn’t have bothered me so much if I had just looked 9 months pregnant from the start; but that slow gain that made people second guess if you were pregnant or just eating all the carbs you could get your hands on was a real self-esteem killer.

I hated that I was always on fire. Dead of winter, frost hardening the ground, and I’m sweating like a you-know-what in church. Why does Motherhood Maternity even sell sweaters?! I thought they were on our side! There should be a warning sign on the sweater rack that says, ‘You’ll probably be too overheated from the extra hormones to ever wear this, so purchase at your own risk!’

I hated never being able to find a comfortable position. In the car, on the couch, in the bed…I struggled to find ways to relax that would also allow me to breathe, and not feel some type of pull or ache in my body, because let me to tell you, everything hurts when you’re pregnant.

I hated that I couldn’t eat sushi, or real Caesar salads, or blue cheese, because they were the three things I craved the most (though I may have given into that last craving a time or two…sue me, okay?!). Spicy tuna rolls, dipped in Caesar dressing, topped off with blue cheese was a food combo I would have been down with during the throes of pregnancy. I may even be down with it today…I’ll have to get back to you on that one.

I hated the blood tests, and don’t even get me started on that glucose test. Any test that involves the sight of blood and the taste of what is best described as flat orange soda, should be reserved for the world’s most hardened criminals. Not a precious little pregnant woman who will blackout and then vomit all over the waiting room. In all fairness, I did warn them it was going to happen.

I hated how overwhelmingly exhausted I felt after doing something as simple as putting on my shoes. Baking a baby in your belly is hard work. I wasn’t prepared for just how difficult it would be. I didn’t hate all those afternoon naps, though. I would really like to have back all of the unused ones I wasn’t able to cash in on… hint, hint, husband of mine.

Most of all, I hated the waiting. There was nothing I wanted more than to hold my sweet babies in my arms. Pregnancy feels like an eternity to a mama who just wants to clutch that sweet baby to her neck and love it with every fiber of her being. I longed to smell their sweet baby heads, and their precious little milk breath. I wanted to count little fingers and toes and sing soothing lullabies into their tiny ears. There is nothing in this world sweeter than holding a precious new life.

What a sweet payoff it was for 9 months of misery.”

This story was written by Jade North, 30, of South Carolina. Follow her on Facebook here. Submit your story here, and be sure to subscribe to our best love stories here.