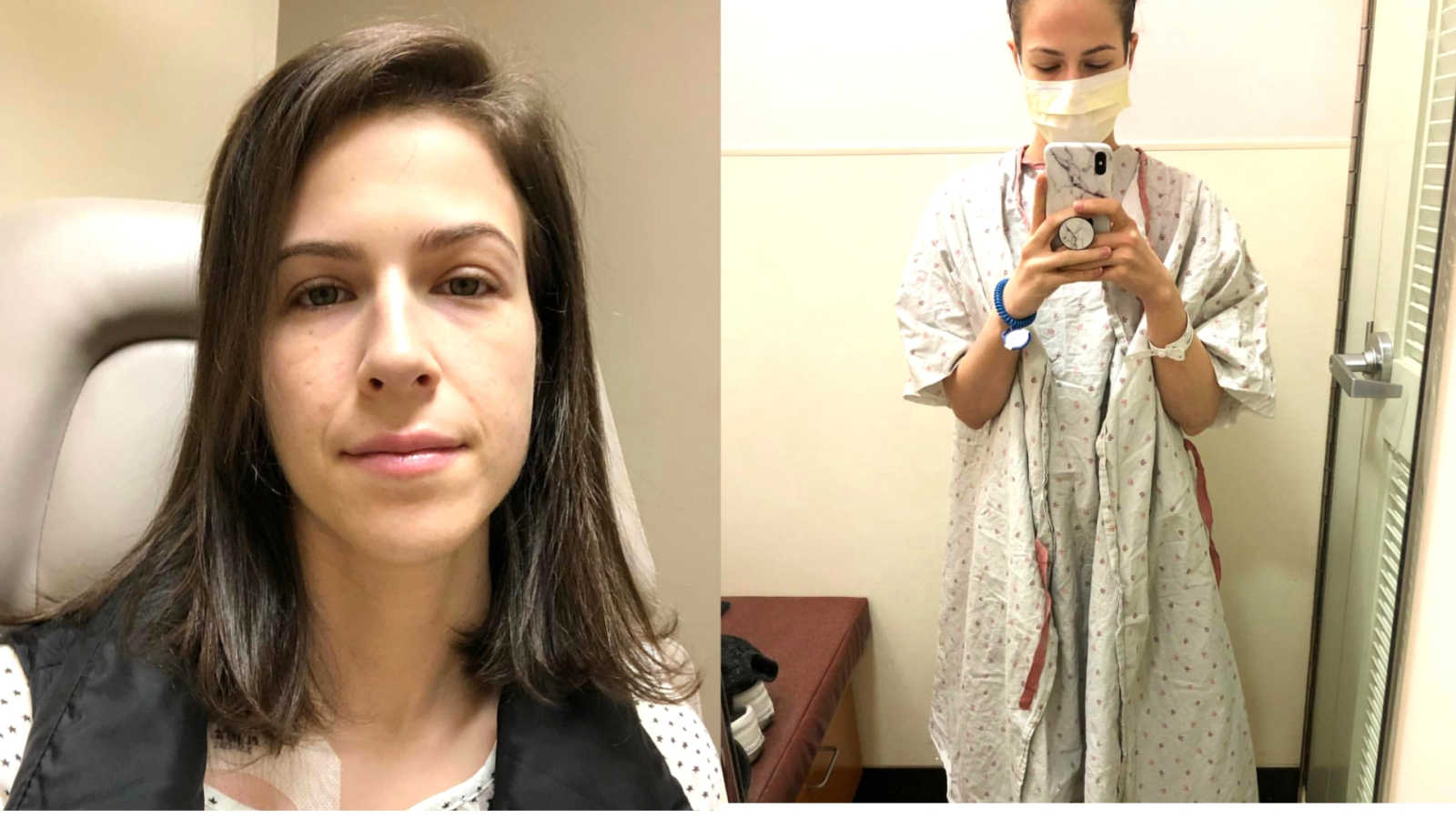 “When I was in my late teens, I realized I didn’t fear death—at all. What I feared was living through something traumatic and having to work through it for years and ultimately live with the emotional scars left behind. On a lesser scale, I live my fear almost daily. I am chronically ill and have a genetic connective tissue disorder (Ehlers-Danlos Syndrome, EDS for short) I was born with which affects my joints, organs, autonomic nervous system, etc. The reality is it affects pretty much everything in my body.

I have had eight spine surgeries (in six years, but who’s counting?) because of EDS, starting at age 21. I have lived through extremely traumatic experiences as a result of these surgeries. My very first spine surgery the anesthesiology team didn’t realize how hard my pain would be to control so I woke up while still in the OR crying hysterically. I had the same issue for the next couple surgeries until the head of the pain management was brought in on my case. He gave me a nerve block to numb my abdomen for one of my abdominal approach surgeries. The block was amazing…until exactly five hours later when I started screaming in pain because the block had worn off. We now know that EDS patients tend to require much larger doses of numbing medicine so the block that should have lasted 18-24 hours only lasted five hours in me.

The morning of June 16, 2017 I checked into the hospital to have the hardware from my lumbar and thoracic fusions removed with a new surgeon. The surgery went well, but for some reason, my neurosurgeon decided to take over my pain management instead of letting the anesthesiologist and then the pain management team.

A couple hours into being in my room and the same thing started all over again, where everything wore off; in a matter of seconds I went from being okay to being inconsolable and sobbing. My mom had gone to the nurses station and finally yelled to the charge nurse: ‘My daughter is screaming in pain…you need to keep paging her doctor until they give orders because this is cruel.’

Finally they got orders from my doctor and I was given 1mg of Dilaudid through my IV which did nothing; I was still sobbing in pain. About 15 minutes later, they came in and gave me another 1mg push of IV Dilaudid and I stopped crying within a couple minutes. It took almost an hour for them to finally get things handled—or so we thought. I was starting to feel really woozy quite suddenly but was so grateful to not be screaming in pain. Next thing I know about two minutes later, I felt another rush of Dilaudid, which I later found out was the third 1mg dose in about 15 minutes. I am 5’6” and weighed around 110 pounds at that point so this amount of medication was about twice as much what would be safe. As soon as I felt the rush I had a split-moment, panicked thought in my head. ‘This is it Kassandra, you’re going to die, so let go. I hope everyone knows I love them.’ No more than a second later, I said to myself, ‘it’s okay…don’t be afraid. There’s nothing you can do.’ Looking back, I believe that to have been some higher power because I felt a huge sense of peace wash over me.

My mom and fiancée were able to sit back down in the huge, suite-like hospital room less than a minute after I stopped crying. My mom sat on the sofa on the other side of the room and my fiancée pulled up a chair, then grabbed her laptop to start working.

I love my fiancée so much however she isn’t the most observant person in the world, which is why this is so incredible. She looked at me and saw that I looked ‘as white as a ghost,’ so she asked my mom to come look at me. In the few seconds it took my mom to come over, I was turning blue. Candice started smacking my face and yelling my name to get me to respond, but I was officially unresponsive and unconscious. My mom immediately pressed the call button and yelled, ‘my daughter is blue and she’s not breathing!’

The nurse who heard that on the other end hit the rapid response button and it made a hospital-wide announcement. My nurse came running in and saw that I had coded, so she immediately hit the Code Blue button by my bed; I wasn’t breathing at all and I was getting really blue. I was dying right in front of my mom and fiancée’s eyes. My fiancée grabbed my mom and they squeezed each other while my room filled up with medical staff from all over the 8th floor.

They’ve both said it was like everything was moving in slow motion; they brought in a crash cart, there were about 15 doctors and nurses in my room over my bed, exactly like you see in movies and on TV. The first nurse who came in immediately started doing CPR with one hand and put monitors on me with his other hand, at which point my oxygen saturation was at 4% (normal is 95-99%). Someone else came in and administered IV Narcan which is what they give to people overdosing on heroin. It normally works within seconds, with the longest being up to a couple minutes, which is extremely rare. They put a hard board under my freshly-operated-on-in-two-places spine so I didn’t sink into the bed every time they did chest compressions. I had oxygen on my face at the highest rate it could and monitors all over my cold, lifeless body.

Once my room got close to the full number of nurses someone pulled my mom and fiancée out of the room because they needed to concentrate, so they stood out in the hallway crying and holding each other. After about 15 minutes of CPR, the Narcan finally worked and I started to regain consciousness. I have since found out that I got the closest I could to dying without actually dying. And, yes, I did ‘see the light’ at one point through this ordeal. ‘Am I in a tornado right now?’ I thought to myself. The oxygen was so powerful that I had no clue what was going on or if this was even really happening. I heard the team talking about using the paddles to shock me and/or then transferring me to the ICU. Eventually I was able to open my eyes and still didn’t know where I was so I asked and was told that I was still at the hospital, but ‘you stopped breathing on us and lost consciousness.’

My very first thought when I realized what had happened was, ‘great, now I’m going to have to work through this experience.’ Eventually my mom and fiancée were brought back in whereupon my fiancée had a complete panic attack. I started crying once I realized what happened, not to mention I was in a ton of pain because the Narcan stopped any pain medication from working. To this day, when I think about this experience, my heartbeat increases. I have had many other near-death experiences but none of them rocked my world the way this one did. I have since had another spine surgery and one major gastrointestinal-related surgery and I haven’t been overdosed, thank God. I wish I could say I had an answer as to why this happened, but the bottom line is if one thing had gone differently my mom and fiancée would have had to bury me. I’m so grateful they didn’t have to. Grateful for my life, and ever single moment that I am alive.”

This story was submitted to Love What Matters by Kassandra. You can follow her on Instagram. Do you have a similar experience? We’d like to hear your important journey. Submit your own story here, and be sure to subscribe to our free email newsletter for our best stories.

‘Dear future husband, from your chronically ill wife: ‘Please don’t abandon me when I need you most’

“‘You can be a Mom. You don’t need a husband.’ I couldn’t ignore how her words resonated with the deepest part of my heart. ‘Can I really do this?’ I asked the nurse, ‘is everything okay?’ She shook her head and said, ‘no.’ I was disoriented. ‘What are you saying?’ This pulled a strength out of me I never knew I had.” 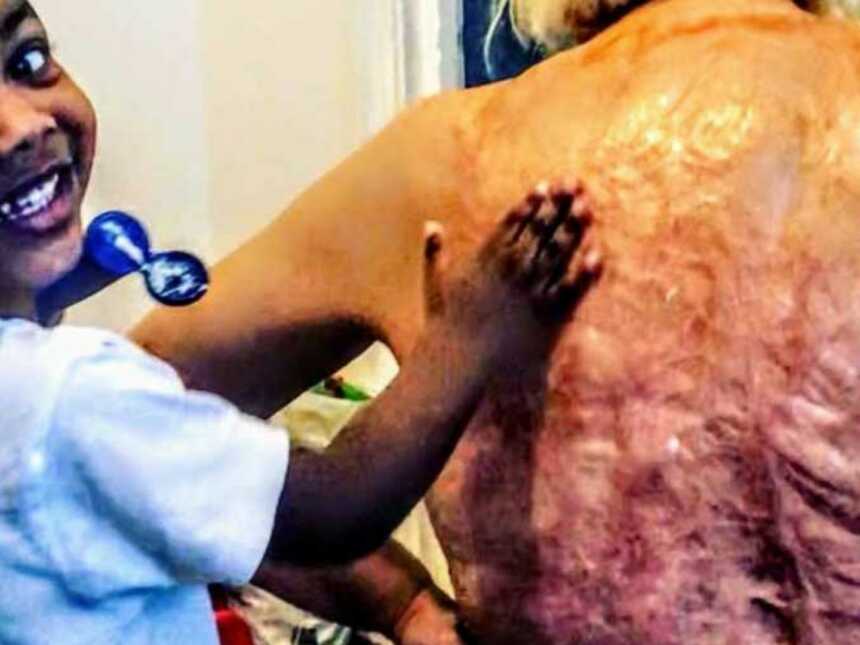