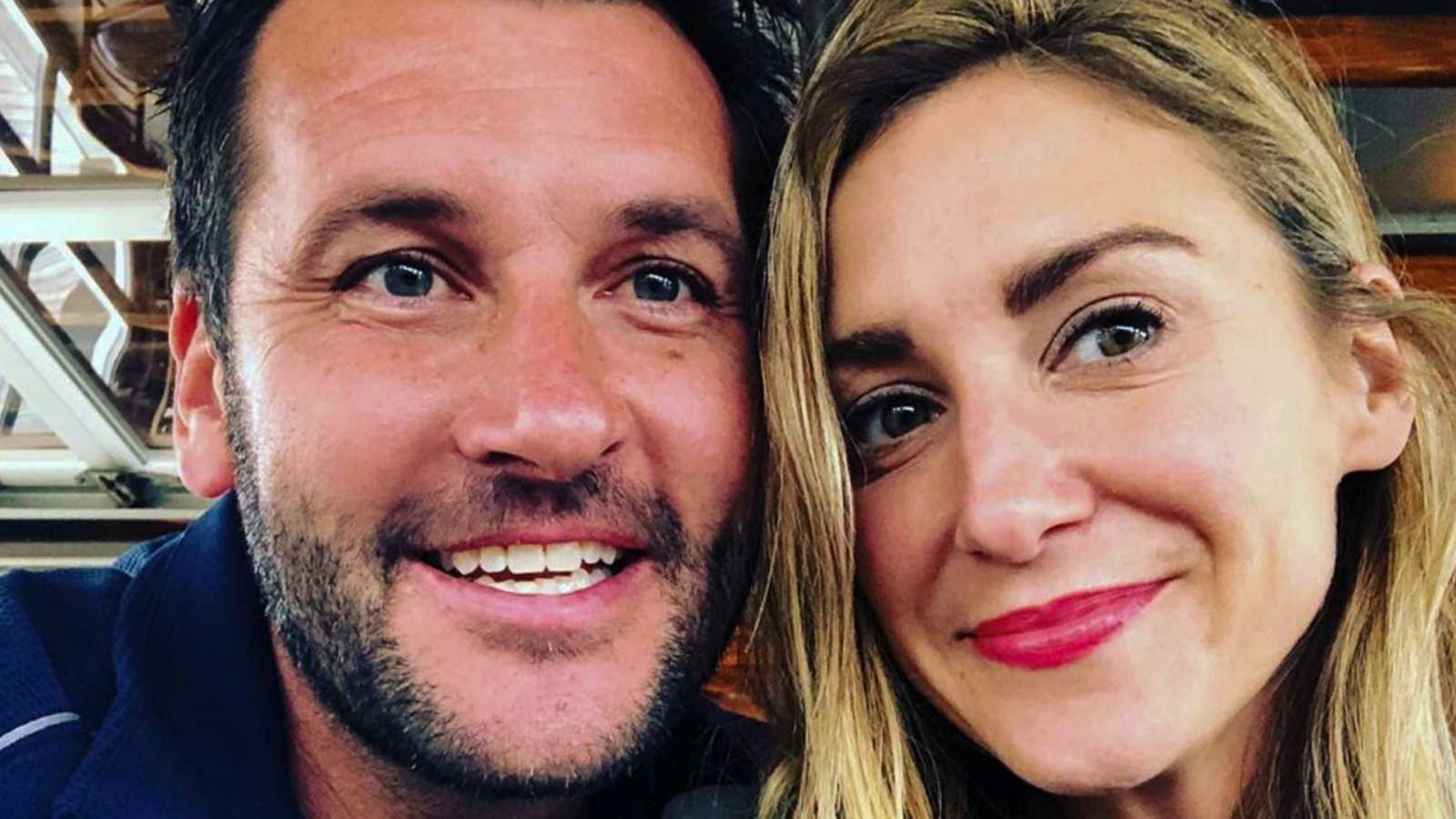 “Did you know, despite what Phoebe said on Friends, lobsters do not mate for life. The male lobster actually has a harem of female lobsters he takes turns screwing for about 2 weeks each, spreading his seed like a common gigolo. Beavers, however, do mate for life and when they have babies, the male and female both take part in caring for the little ones. How progressive!

My divorce was long and drawn out over the course of almost 2 years. We went back and forth, through therapy, lived separately, and were back together again from 2012 to 2014 when our divorce was finally official. It was painful and ugly at times, but on the last day when we signed the papers, my lawyer looked at us both and said, ‘This has been the most amicable divorce I have ever seen, it’s actually kinda weird.’ When we left his office, we went for dinner and drinks at a local pub, talked about what went wrong, shed a few tears, and then went home to our new separate lives.

During the time we were separated leading up to the divorce, I refused to date. I just wanted to be alone with my therapist and figure out what in the hell went wrong and how I could keep it from ruining any future relationships. But I didn’t really believe there would be any future relationships. I was bad at love. I loved the idea of love, but I never seemed to be lucky in it. I assumed, at 36 years old, divorced and living with my parents, I was not the catch men would be fighting over, whatever few good men were still out there.

I was completely caught off guard when the boy next door from my childhood friend-requested me on Facebook and sent a cheesy yet effective private message. ‘Sometimes a simple hello can open a door. Great smile.’ Gag me with a spoon, right? I opened it on a Tuesday night around 11 p.m. but didn’t respond until the next morning, partly because I was playing hard to get and wanted to seem aloof, busy, and not that kind of girl. Mostly because I was terrified.

What did he want? Why was he messaging ME?

I was no more a catch in that moment than the night I first signed those divorce papers. I had at least moved out of my parents’ house and was living in a cute little bungalow on the Delaware River, next door to my best friend and her husband. At least I had that going for me. I mean, if I’m being honest, I did make six-figures a year at my advertising job, started my own side business, and looked like I was still in my 20’s. I wasn’t a train wreck from the outside. I just felt like one on the inside.

To understand the fear of responding to his message, let me give you a little back story about my new Facebook friend. His name was Rocky Niedrowski, a total heartthrob from my elementary and high school days. Rocky grew up six houses from me and we rode the bus together. I had a perm and f*cked up teeth and he was too cool for school, so we never interacted. Besides my longing stares from the back of the bus or my secret pining from afar, Rocky and I were basically strangers. He was a great athlete, Mr. Jock, and all I really knew about him after high school was he got a free ride to UCONN to play soccer. I had heard a rumor he was divorced and still living in our hometown, but I wasn’t sure it was true. I mean who would leave this fine specimen of the male species? Could I really be that lucky? Could he really be single?

Here was this handsome, hot, single babe who was suddenly sending me corny pick-up lines through Facebook. Can you now understand my dilemma? Rocky was the dream guy. I hadn’t graduated to that level yet. I was still nursing wounds from years of sh*t guys, ‘man-boys’ as my cousin liked to call them. And this was no man-boy. This was as straight-up, legit, man.

When I got to work the next morning, I filled my girlfriend Melissa in on my newfound dilemma and together we crafted a simple response. ‘Hello and thank you.’ Damn was I good!! In all honesty, that took us about 45 minutes to come up with. I told you, I was bad at this stuff. He responded immediately with some banter about being surprised we had never crossed paths before and asked if I was still in the area. This went back and forth through the next day or so until he asked me for my number so we could talk instead of type. This guy was a unicorn! What man in this day and age preferred to talk instead of type? He wanted to take me for coffee.

What the f*ck was wrong with this guy? I mean, I spent my entire 20’s dealing with guys who just wanted one thing and it wasn’t coffee. I attracted the guys who would go days without calling or when they did, they’d give me the old, ‘It’s not you, it’s me’ or ‘I’m just not ready for a relationship’ bullsh*t. For the brief amount of time I had been single in my 30’s, it didn’t seem like much changed. Those guys were still around now, just older and meaner.

Tried as I did, I couldn’t help but wonder if Rocky was the real deal. He was funny and quick to respond. He was always reaching out first, either ignoring or completely oblivious to the game I was trying to play. One Saturday morning after we had been talking for a few days, he asked if he could take me for that coffee. It was snowing out and I had come home to stay with my parents for the weekend, unbeknownst to him. He said he was unfamiliar with the area I lived in, but he had the afternoon free and if I told him a spot, he would meet me.

Pause here to realize, it was snowing, pretty hard. This guy was willing to drive over an hour in it to take me for coffee. That was a big f*cking deal.

A lesson that took me way too long to learn is this: when a guy is into you, like really into you, he will drive an hour to see you. No amount of snow or rain can stop him. He’ll call when he says he’s going to call. He’ll text you just because he’s thinking about you. In his love-smitten brain, there is no time for games. He wants you and he wants to prove to you he is worth your time and attention. It’s that simple.

Luckily, I had learned a thing or two about self-respect from my therapy sessions, setting boundaries, and taking things slow. So when this unicorn of a man, who had only good intentions for me, showed up, I was able to turn that good fortune into a real rock-solid relationship that is healthy, fun, and rewarding. We took our time in the beginning but once we knew it was real, we were engaged and married within 10 months. The girl who thought her chance at love was gone, the girl who never felt worthy of a good man, was now suddenly remarried and found her forever home. Like a little pound puppy. Together, we are raising our babies and working on our forever. Together.”

This story was submitted to Love What Matters by Beth of Pennsylvania. You can follow her journey on Instagram. Do you have a similar experience? We’d like to hear your important journey. Submit your own story here, and be sure to subscribe to our free email newsletter for our best stories.

‘She’d text us, ‘I need more money.’ She saw me not as a woman to love her unborn child, but as a target. Our hearts and wallets were drained.’: Couple suffers adoption scam, ‘She broke us’ 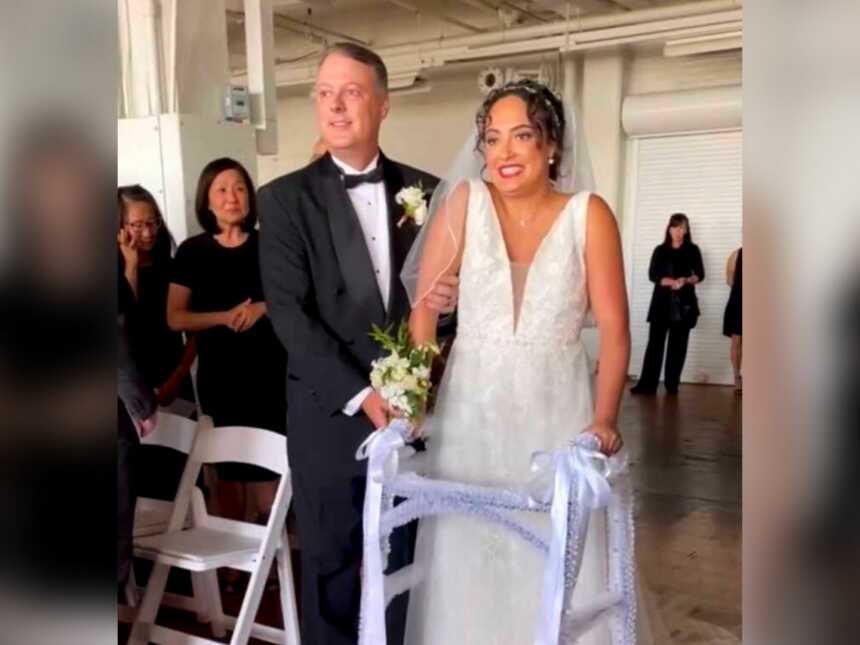 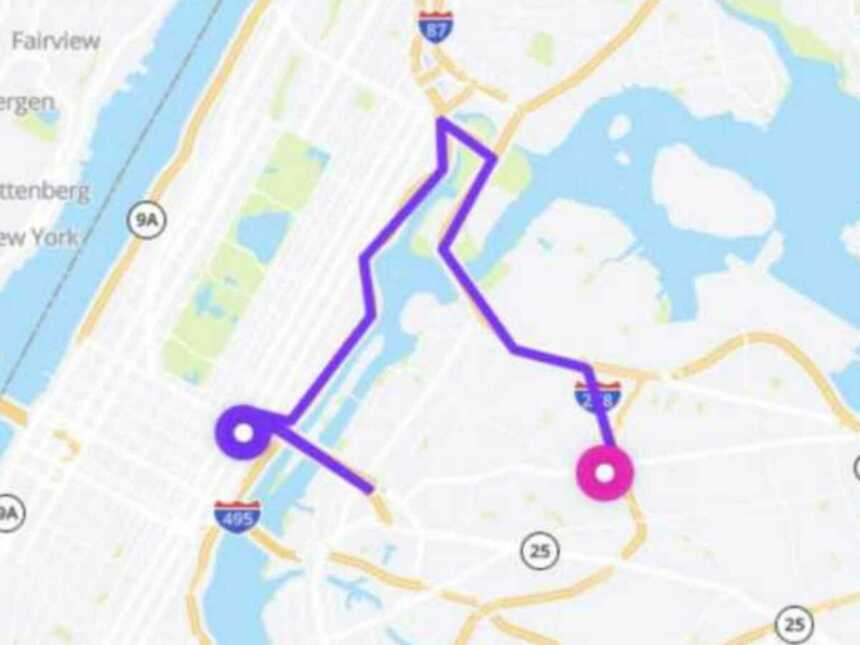