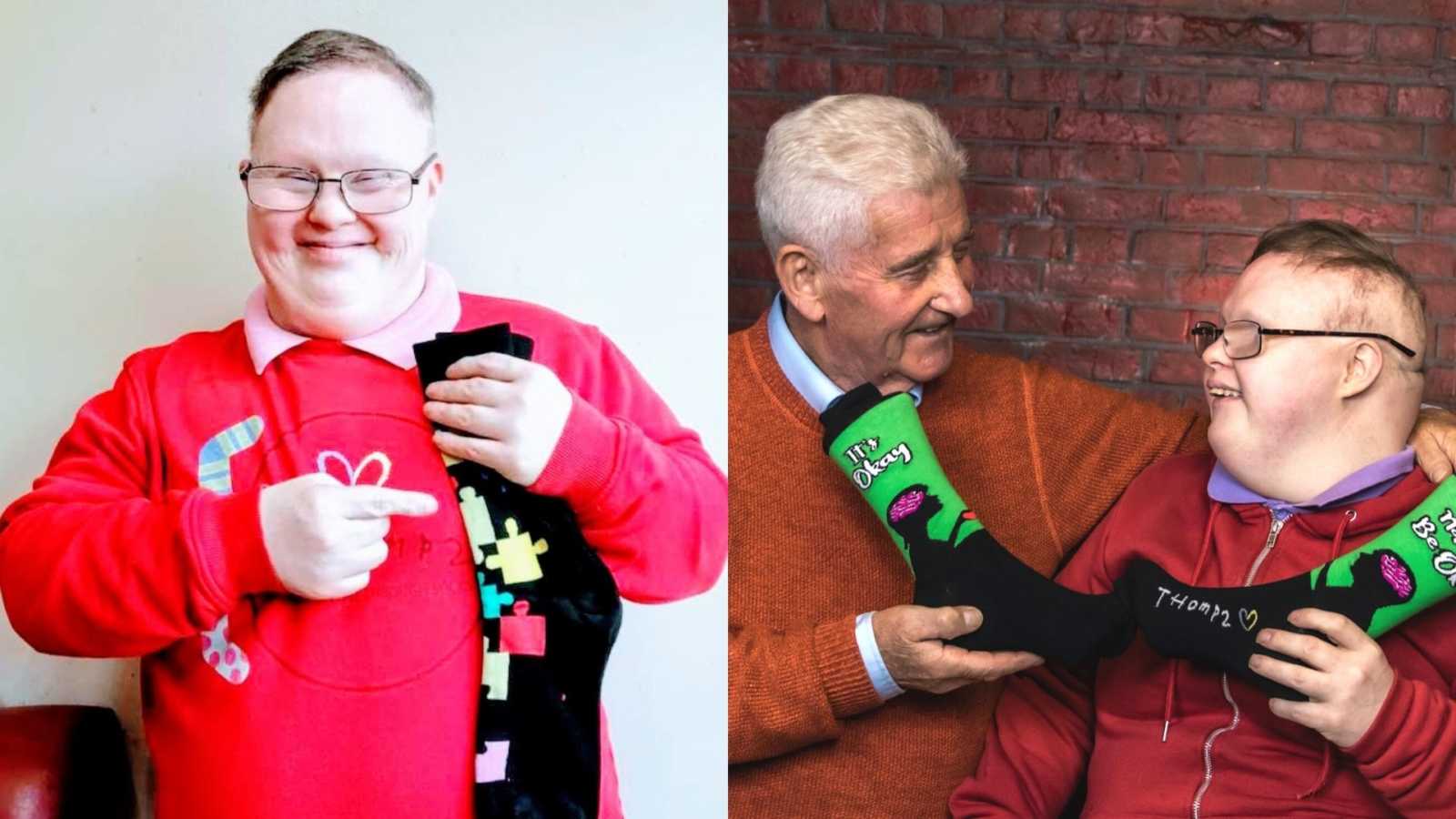 “My name is Finbar Barry and I would like to introduce you to my son, Thomas. Thomas was the youngest of seven children born with Down syndrome, as well as a host of other serious illnesses: Perthes disease, Hirschsprung disease, heart murmur, underactive thyroid, hiatus hernia, stomach reflux, and severe anemia. Most of these illnesses started to develop when he reached the age of about 18 months old. Thomas almost died at birth and was put in an incubator immediately.

We were advised to have him baptized, as there was little hope he would survive. But after 2 months, much to the delight of all the family, we got the news we could finally take him home. Thomas was showing us even at such a young age he was a fighter. Weeks passed into months and his other illnesses began to develop—firstly his anemia, which became very severe, and as a result he had to have many blood transfusions. The two units of blood he received lasted him 6 months, then he would receive more blood and that would last for 5 months and so on until two units of blood would only last for 6 weeks.

When he was about 4 years old, he was diagnosed with a hiatus hernia close to his heart and had to have an 8-hour operation to try to correct it, plus a tummy tuck to repair his diaphragm which was quite loose as he could not hold down his food. When he was 8 years old, Thomas began to feel unwell. He was admitted to the hospital, and while tests were being carried out his condition became worse and he almost died. After the results were back, he was diagnosed with Hirschsprung disease. He was transferred to the ICU for intensive care and was in inpatient for 6 months.

As time passed, he complained about a pain in his knee. When the doctor examined him, he commented the problem might not be his knee but his hip. He was recommended pain relief, but some weeks later, the hip totally dislocated and he was brought to the operating room for surgery. He was 9 years old at the time. As his parents, both my late wife and I were heartbroken at the level of pain he had to endure on a daily basis in his short life to date. I can recall we often wished to take his pain to give him some relief so he didn’t have to cry himself to sleep each night.

When Thomas reached the age of 14, the Perthes disease had spread to the other hip, which meant more surgery. He suffered 14 years of pain before finally becoming the youngest person in Ireland to have a total hip replacement at 28 years old. Not long after his surgery, Thomas began to talk to me about getting a job. He was constantly telling me to make lunch for him. I suppose he got the idea of going to work from watching his older brothers and myself going out to work, so he thought he would do the same.

His mother and I would humor him each time he brought up the subject by saying, ‘Oh yes, Thomas. You will get a job. Maybe next year.’ In reality, Thomas could never hold down a regular type of job due to his intellectual and physical disabilities, but this had no effect on his creative desire to express his inner self. Those who know Thomas know when he makes up his mind about something, he is very determined to see it through.

I had been looking at some options over the years in the hope of providing some way for Thomas to feel like he could have a job just like everybody else (bearing in mind his disabilities), and the answer was staring me in the face. Thomas has always played with socks, he would put one sock into the other and swings them around his fingers for hours. He is quite an expert with it after many years of practice. He never played much with toys in his early childhood but would go nowhere without his socks. Some children get comfort from a teddy bear or a doll, with Thomas it was always the socks.

So, we launched Thomas’s Trendy Socks, an online business for Thomas to sell socks—the things he loves most. I felt this is something Thomas could manage with the help of family members. The name of his company is called Thomp2, because when Thomas signs his name it looks like Thomp2, which is something he can identify with as can be seen in the logo. Thomas’s journey has been one of sickness, pain, and suffering. This is what he had to face each day when he opened his eyes, yet he still was able to put on the most beautiful smile that would melt your heart.

His story has touched many people from around the world—we still get messages from people who are totally inspired by how well Thomas coped with all he went through and how he runs a business. The message from Thomas is clear: no matter what your situation is (and everyone’s is different), get up and do something about it. If you need help, ask for it, if you have a dream, make that dream come true. Remember, it will not happen if you don’t try.

Thomas’s sock business was launched in 2019, but in reality, it started the day he was born in 1985. Thomas has a thriving business now where we source our socks from suppliers, but in the very near future, we hope to manufacture socks in our own country. We look forward to the day we can make our own socks under the Thomp2 brand. Thomas loves to think of others, too, so we also donate 5% of our profits to our charity partners.”

‘What if she has it?’ My husband answered swiftly, ‘She’s our girl. She’ll be awesome regardless.’: Mom in ‘awe’ of daughter with Down syndrome

‘They die early. They don’t even live long.’ Why couldn’t my peers treat PEOPLE like PEOPLE? I decided to help.’: Woman advocates for those with Down syndrome, ‘I want their voices to be heard’

‘You’re so kind for hanging out with them!’ These were my friends. I wasn’t doing anything special.’: Teen gives back to Down syndrome community, ‘I want to make the world a better place’

‘I yelled, ‘Someone tell me what is wrong!’ Tears streamed down my face. I knew something was different about this pregnancy, and it was NOT just the pandemic.’: Teen mom turned special needs mom shares journey with Down syndrome