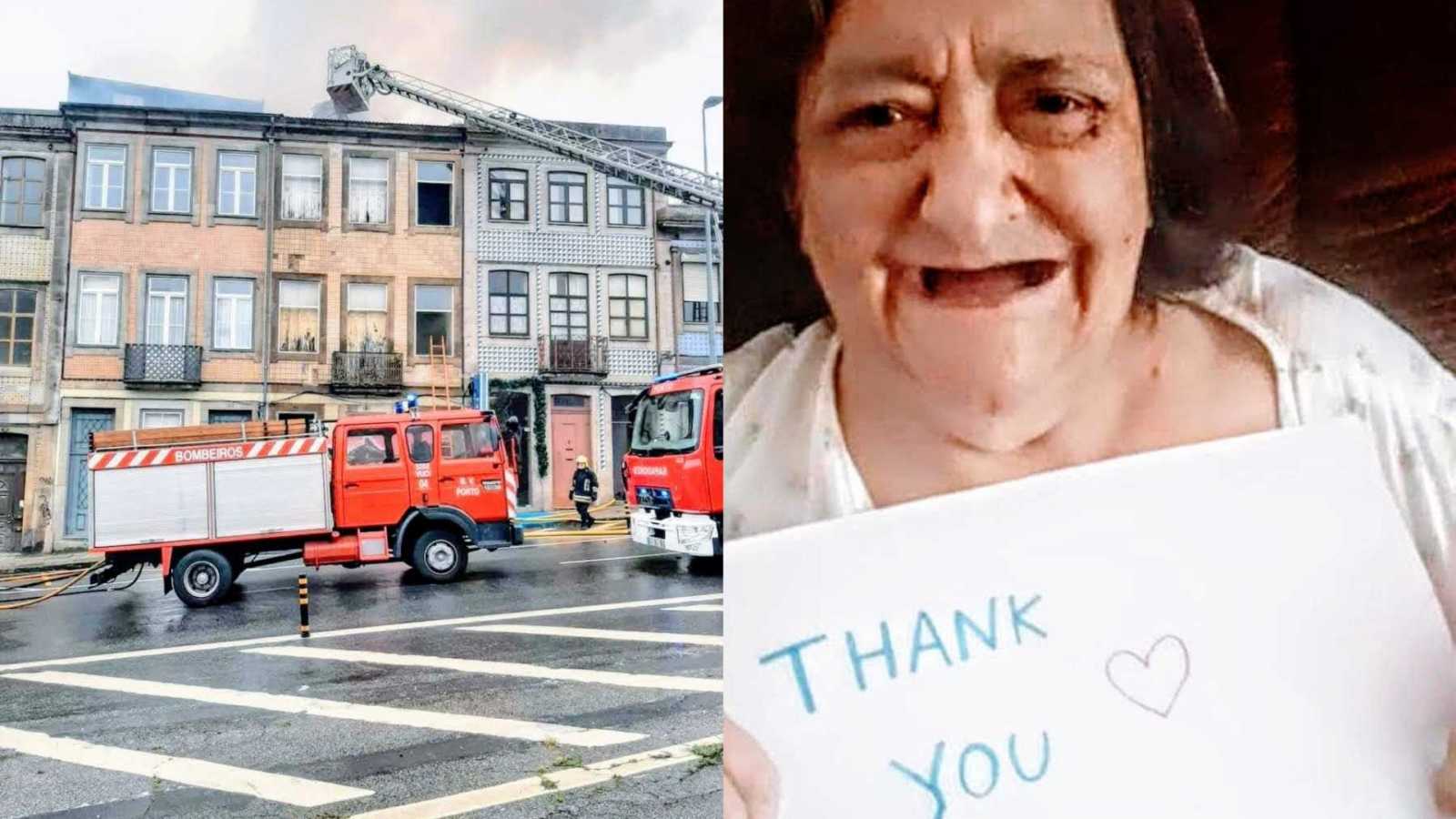 “You never know which day is gonna be the one to change your life forever. Mine was back in 2019 when, on my way to a comic book store, I saw a super tiny lady struggling with what appeared to be insanely heavy trash bags. I’m normally very shy, but I just couldn’t go on without asking her if she needed help. As I approached her I could tell she was afraid, but when she realized I was a kid she just smiled. This is the loveliest thing about Adeline: she smiles with her eyes, too, and it makes you feel like the most special person in the world.

As I was walking her home, I realized she had no door, just a piece of wood with a lock. She seemed embarrassed and I just pretended I hadn’t noticed it. This was when she told me I could come by if I wanted to, so I started to come over everyday. At first, I just collected the trash bags and took them to the bins, but in just a few days she trusted me with her whole heart—and invited me into her home—which was so unbelievably wrecked I just felt like crying. The biggest treasure she had was an old pocket radio.

I called my friends later that day and asked them for help. They all said yes, and little by little we learned more about Adeline’s story:

When she was 23, she made the decision to move to Africa to put her nursing skills to good use. She nursed the poor, and attempted to help local business owners by building a mall-like home structure with her newfound family—her husband João and her baby Paula. When the war took a turn for the worse in Angola, she was forced to leave everything there: her job, her possessions, and even the house she had built with her husband. They couldn’t pack anything, all because they stayed until the very last minute to help the injured. Later, Adeline tried to get it back, but the government had claimed it as their own, and to this day still use it as their headquarters. ‘I returned home, but is your homeland still yours after so many years apart? I found out the hard way, it is not.’

Even though the family picked up the pieces and she continued to work as a nurse, putting all her hopes into her dream of living in a house beside a church, this dream soon soured, as the neighbors despised having ‘someone like her’ living in their community. Because they were such a close-knit community, they covered for each other and were able to do just about anything. It started with name calling: ‘n*ggers,’ ‘refugees,’ and messages on their door: ‘Go back to where you came from.’ But as soon as her daughter bought them the house, things escalated and someone threw boiling water onto her and her daughter. ‘Someone hit us when we were on the ground, but we never saw who. Though there was a medical report, as this happened right on the street during the day, no witnesses were found and the police did nothing.’

Despite this, she powered through and continue to do what she did best: ‘I kept helping those who needed me. I had to. People have to eat.’ In February of 2009, her husband died in his sleep. ‘He had cancer and the first thing I did as I woke up was check his breathing. As soon as I didn’t heard his snore I knew and just started begging for him to wake up.’ When the ambulance came, people gathered in the street. They didn’t offer help, condolences, or even ask if she was okay. Instead, seeing a fragile widow still in her nightgown, some told her she would be better off if she moved out and sold the house. It was too much to take.

In 2010, Adeline was found wandering and confused, and was then escorted by a policeman to a nursing home. Her daughter and granddaughter had reported her missing, but upon visit, they decided it would be best for her to recover there, just for a while. The daughter did not want to be in the memory-filled house without her mother, so she went to work as a maid and a cook at a wealthy person’s house. It was then, in November 2011, that her house had been broken into. Everything had been taken. They stole her furniture, her appliances, her new windows, and the front door. They even stole the tiles from her roof, so the house would become unlivable even quicker. And filled it with tons of trash and debris.

It had to have taken multiple people and been orchestrated. Then, as if things could not get any worse, her daughter’s mental state deteriorated; with the scarring, the robbery, and the immense injustice, she was committed to a mental hospital. But when you hear Adeline talk, you just know she doesn’t hold any resentment. No anger, no bitterness. This is what make all of us love her so much. She’s still pure kindness, pure joy. She laughs loud, she cares, and she is always ready for a hug. She says she always believed God would find a way of sending her some angels to help.

We joined efforts: some of us would clean the house, others would go on social media, and others contacted churches, news stations, and looked for programs that might help. We are firm believers a good deed should stand on its own, just for good’s sake, so we were there to work and didn’t take many pictures. We soon started to realize we weren’t able to help her by ourselves and started an Instagram account on June 16, 2020. We did it out of pure despair. We weren’t able to do much during the lockdown, classes were due to start soon, and we knew the toll a hard winter would have on the house, so we asked for help.

We got it. People from all over the world started to love Adeline as much as we do. They offered advice and their shoulders for us to cry on, contacted pages, tagged celebrities, commented with words of encouragement and friendship, and without us even noticing, our movement was created. We owe it all to our friends. We got two indoor doors, we fixed part of the roof, we got rid of what must have been hundreds of trash bags, and our little family from around the world donated $1,228 to help fix it. Plus, $370 more we were able to save by selling some of our toys, LEGOs, and some books.

We were on our way to install a skylight when it happened. Out of the blue. Two weeks ago, we came to the house to clean it, as we always did after school, and we saw the flames. Someone had set it on fire. The thing is there was no electricity, no heat source, and it was a rainy day. Also, in order to get to her house, since the wooden ‘door’ was unscattered, the person who did it had to go through one of the adjacent buildings. But once again, all of this was overlooked just because the way she looks. If the police don’t find the culprits, Adeline will be facing a big fine, since she had no insurance and the building next door was damaged pretty badly. She also has to pay for the debris removal and might be forced to sell just to pay for all this.

So, we’re hoping for a miracle. We’re hoping she won’t lose everything, once more. We’re hoping to get awareness so the mayor will notice us and maybe, just maybe, help. We’re hoping for Adeline’s dream to come true and see her fulfill the promise of engraving the names of every single person who helped on the door: ‘Acts of kindness are so meaningful they should last forever.’

We’re hoping more people start to care and join us, because we don’t feel safe living in a world where bad the bad guys win and this kind of thing can happen to a 79-year-old nurse who did nothing but good her entire life.”

This story was submitted to Love What Matters by The Adeline Movement. You can follow this story on Instagram and Facebook. Donate to their GoFundMe here. Submit your own story here, and be sure to subscribe to our free email newsletter for our best stories, and YouTube for our best videos. 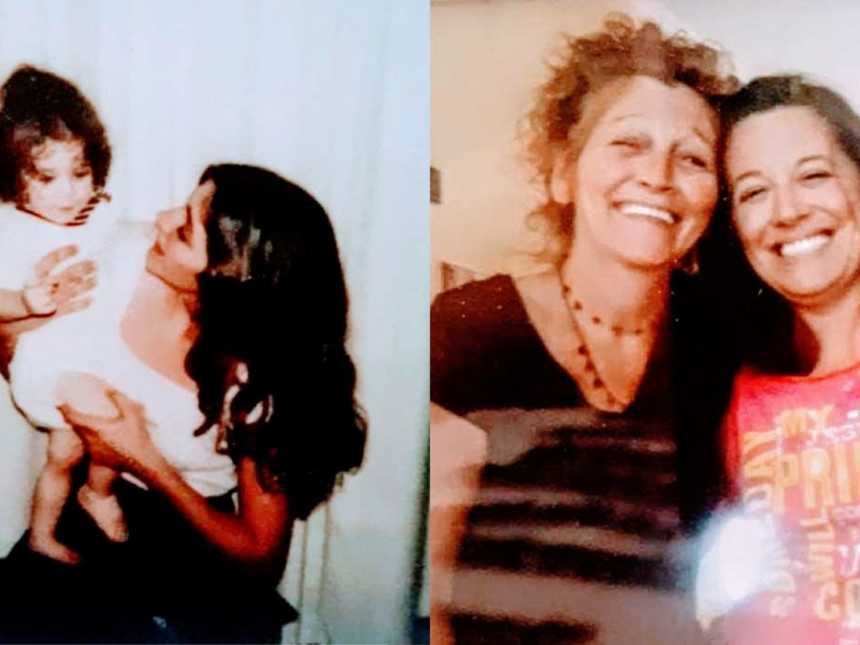 ‘I’m coming home.’ I’d wait for my momma at the end of the driveway until physically dragged crying into the house.’: Daughter candidly shares life and loss of mom battling addiction

“I hated her, but I loved her. I wanted to be nothing like her, but I also wanted to be just like her. Oh God, what I would do to hug her right now and tell her how much I love and forgive her.” 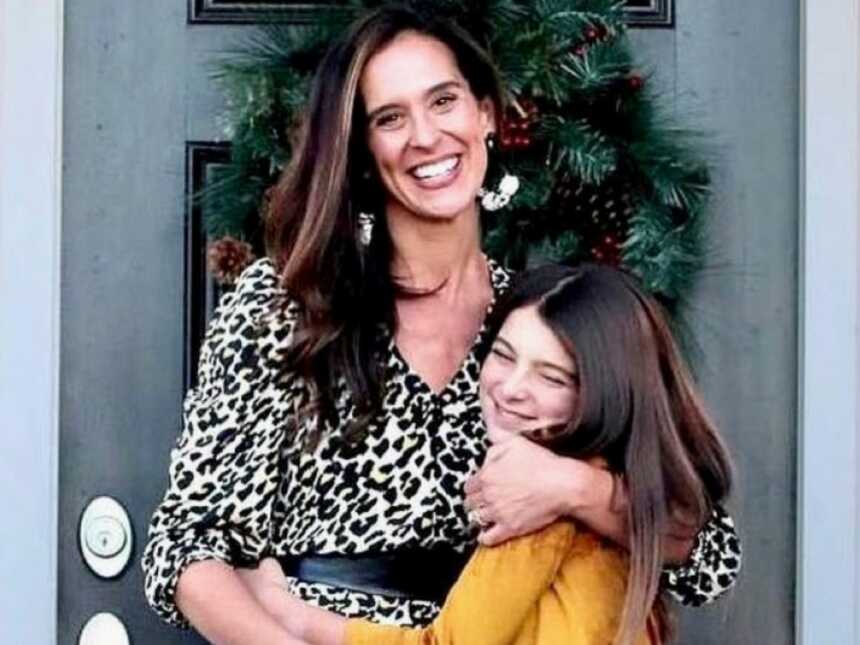 ‘This is Sophia’s math teacher. I wanted to let you know about what happened this morning.’: Mom stunned by daughter’s act of kindness for struggling classmate, urges ‘we rise by lifting up others’