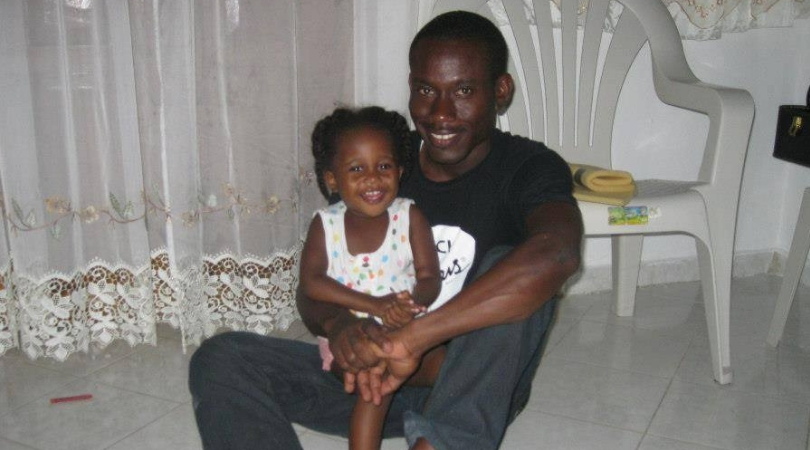 “Jérémie Mercier, a 38-year old Haitian man, also known as ‘Papa’ Jérémie,’ has 62 children. 62 children in central Haiti whose parents have died, or have been abandoned, severely neglected or abused. 62 children to feed (often foregoing eating himself), clothe, protect and most of all, love. 62 children, whom without Jérémie, would be homeless, be forced to resort to crime and/or prostitution, or become what is known as a ‘restavek,’ which is a form of modern-day child slavery that persists in Haiti, affecting one in every 15 children.

Part of the impetus for him to do what he does, is because his own mother was a restavek; she barely survived her childhood, rarely given food and water and worked in incredibly physically-demanding and dangerous conditions. However, most people would say that Jérémie does what he does because he has an incredible heart.

Up until 2010, Jérémie was employed by the United Nations as a communications officer when the devastating earthquake hit, which struck Haiti and killed 230,000 people. During the actual earthquake, the building Jérémie was in began to collapse. He jumped from the third story of a building, damaging his leg and losing consciousness. When he awoke, he saw dead children all around him. He wept at what he was seeing and questioned why had he survived, when all these children had died? He saw 3 of them (who had been orphaned by the earthquake) were still alive and took them home. That was the day he became ‘Papa’ Jeremie. As the level of devastation unfolded, he took more children under his wing. 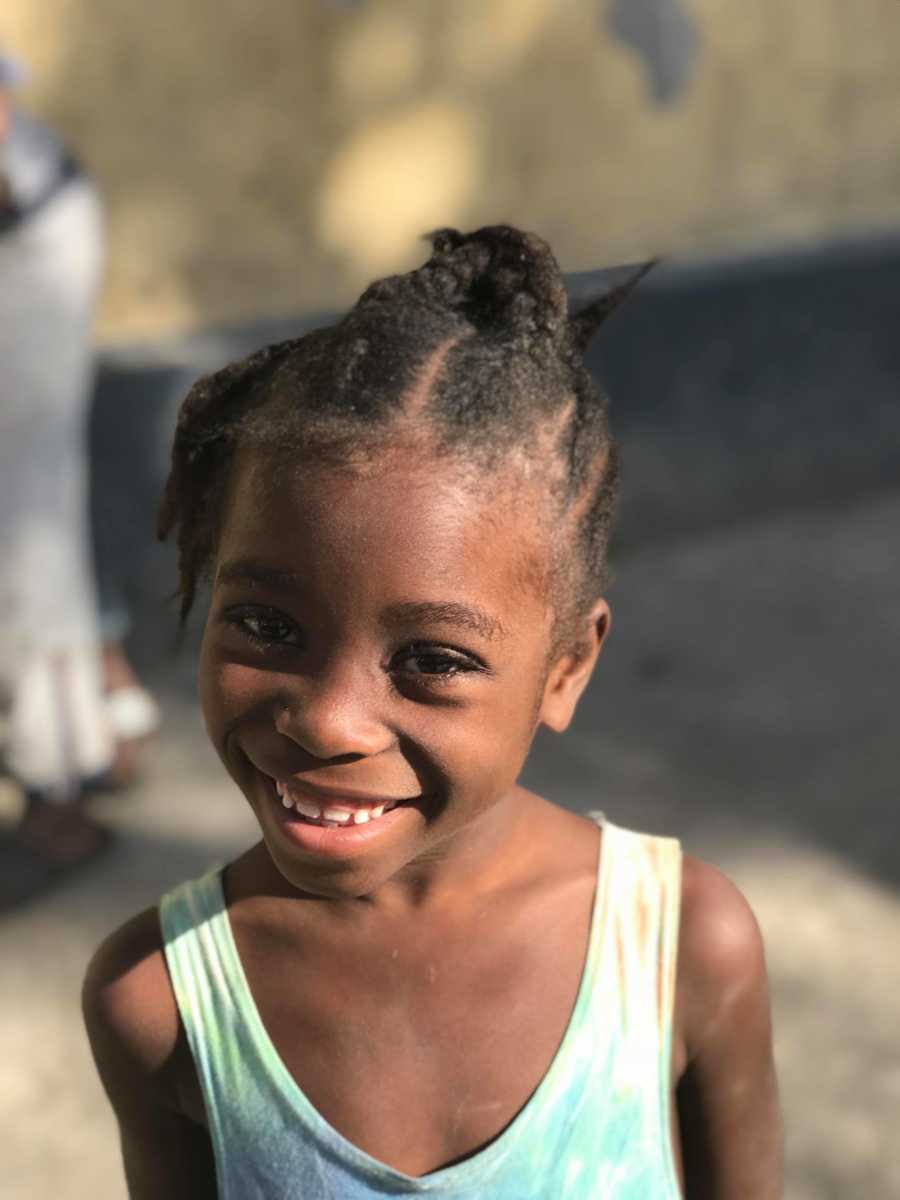 Over time, citizens who could no longer care for their children because of Haiti’s poverty began leaving their children at his doorstep. He officially became ‘an orphanage’ (now called Children of Tomorrow Orphanage) and is regularly brought children by social services. Four years ago, Jérémie had 35 children in his care. Two weeks ago, he had 58. Today he has 62. No child is turned away from ‘Papa’ Jérémie.

Over the years he has faced insurmountable obstacles. If you ask him when things were the worst, it was a time when he had dozens of children but could not pay the rent. The landlord physically removed him and the children from where they were staying. At a loss for what to do, he took the children to his mother’s house and bathed them all in the sink. The only food he could offer the children at the time was an ear of corn, some rice and some beans. Again, he wept as he saw the children, hungry and without the most basic necessities. But he never gave up hope. Soon after he was able to secure a new house, which is where he and his children live today.

When Jérémie leaves the orphanage to get food or other items for the children, upon his return the children flock to him, grabbing his shirt, his pants leg, or any part of him, yelling, ‘Papa! Papa!’ They just want to be near him; they even argue over who gets to take off ‘Papa’ Jérémie’s shoes. Recently, some of the young girls were sick and vomiting. After Jérémie returned from being away for the day, he sat with the sick girls, and slowly fed each one soup, spoonful by spoonful. As if by magic, the vomiting stopped. They in fact were not sick, they only missed their papa while he was away. These children need so much love and Jérémie does what he can to provide not only financially, but also emotionally.

Ketiana, one of his children, will be the first child from the orphanage to attend college. She wants to be a nurse. Emerson, one of the most recent children to come to the orphanage, almost lost an eye when his abusive stepmother bit him. Under Jérémie’s care, he is recovering both physically and mentally. One young man, who was brought to Jérémie as a teenager, arrived addicted to drugs and had been selling himself to feed his addiction. He is now the top student in his class and a mentor to the younger boys.

As if his work in the orphanage wasn’t enough, he provides aid to three extremely poor villages in central Haiti. In these villages, he has built wells, where before the children were drinking either contaminated river water or water from animal troughs; built schools and hired teachers in each village; taught the villagers how to grow crops and raise animals; provided villagers with solar lamps, the only light they have in their homes; and so much more.

He works 7 days a week, singularly changing hundreds of people’s lives in the poorest country in the western hemisphere. He is a true hero, a saint walking the earth and someone who makes the world a better place every day. While Jérémie still struggles to keep food on the table for his kids and keep his head financially above water, he says, ‘I will never stop helping my children. Never. Never. Never.’”

This story was submitted to Love What Matters by Anna Waddelove of Arlington, Virginia. Submit your own story here, and subscribe to our best stories in our free newsletter here.

‘Dear woman in Target, I’ve heard it before. That I ‘spoil’ her. That she’ll never learn to be ‘independent.’ If only you knew.’: Mom urges ‘spoiling her is the most important job I’ll ever have’ after taking in abused orphan

‘Both their parents died. I was a stay-at-home mom, barely used to life with 3 kids. The idea of adding 3 more was crazy.’: Couple adopt 3 siblings from orphanage, become ‘forever family’ of 8

‘Despite having 5 beautiful children, I still couldn’t shake the feeling our family was not complete. ‘Surely we have room for one more, right?’: Family of 9 shares adoption journeys, God’s answers to prayers