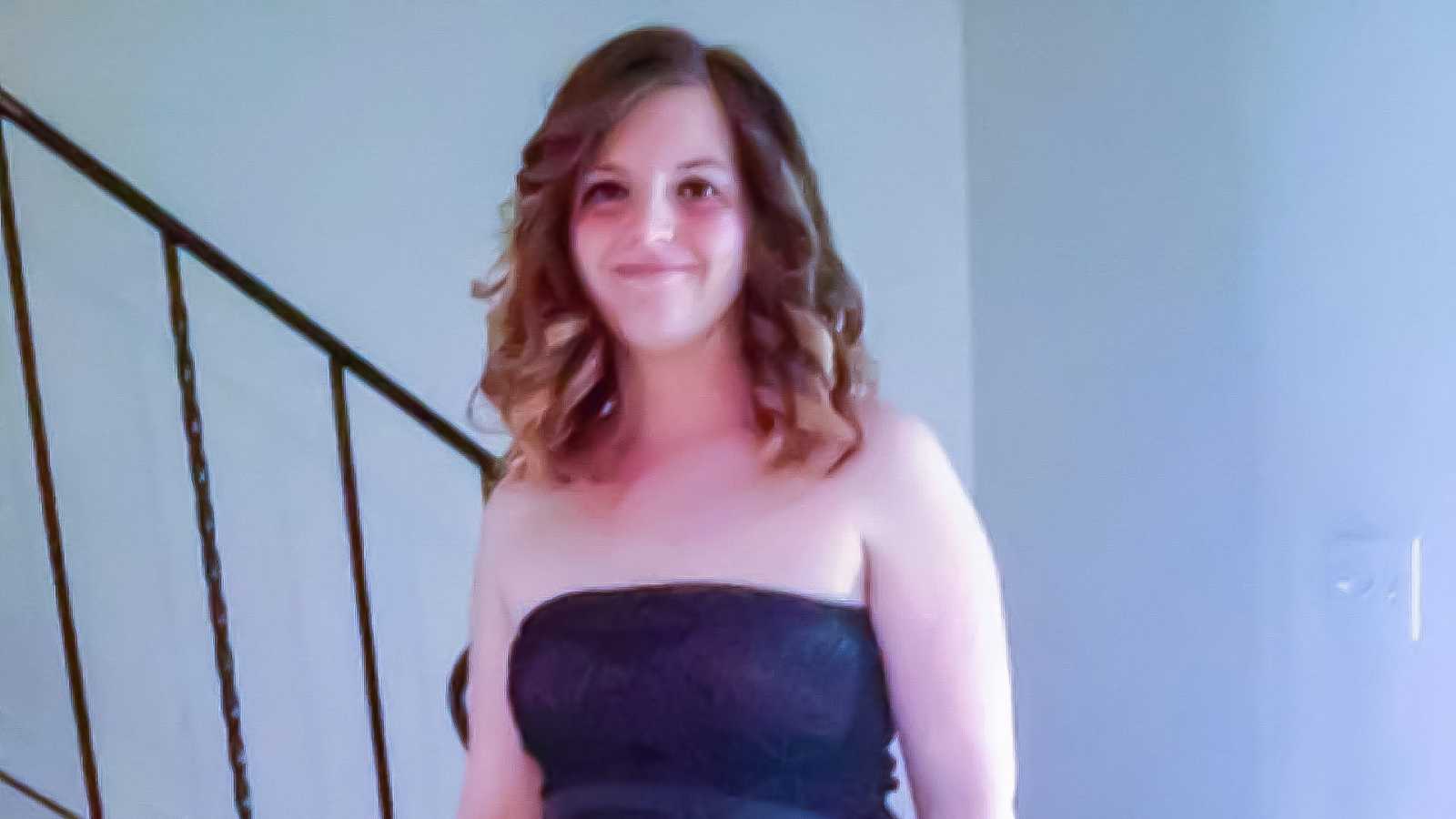 “My name is Jessica. I’m the second oldest of seven siblings. When I was a young girl, around 15 or 16 months old, I suffered a severe head injury. I was unresponsive for 5 minutes due to a fight breaking out between my dad and uncle. By the age of six, I was diagnosed with ADD and developmental delay. That is only part of my part of my story.

I also had trouble keeping my weight at bay at such a young age. I was overweight, so I was always being bulled for not being ‘smart enough’ or ‘skinny enough’ or ‘beautiful enough.’ For all of elementary school, I lived with my grandparents. My mom was having a hard time with her mental health after being abandoned by my dad for a woman he met over the internet.

By the time I went into high school in 2007, I was so tired of being the ‘fat friend’ or the ‘stupid fat ugly friend.’ Yes, these were things that were said. So, I started coloring my hair and getting up at 5 a.m. to do my hair and makeup for school every morning. I bought ‘promiscuous’ clothing (at the time my favorite thing were dresses). My grades even started to go up. By that time, I was one of the ‘popular’ girls and EVERYONE wanted to be my friend. But I was still never happy.

So, I started trying out for sports teams, sports outside of school, and dabbling in eating disorders. I was bulimic from grade 9 up to grade 11. My friends started to notice a difference in me. I went from being a size 7 or 8 in pants to a size 0. A medium or large in tops to an extra-small or small. It all happened so quickly.

My bulimia was so bad that I started doing it at school. Until one day I was caught at school by the gym teacher in the girls bathroom and was sent home. They were concerned. I was then sent to the hospital for rehab. After that, I was the talk of the school and, as it turns out, I had no true friends. No one came to see me at the hospital and they did not defend me when I was being called every name in the book. I remember being told, ‘You should have just killed yourself a faster way and got it done and over with.’

So, I moved back in with my mother in 2009. It took my so-called ‘friends’ over a year and a half to even notice I wasn’t even at that school anymore! Even though I was back home with my mom, I still was not happy. I could feel that something was still missing in my life, but I didn’t know what it was. Then, I met a guy.

We were the same age. We hung out almost every day (my sister was renting an apartment from this guy’s dad). We became friends. One night, he invited me out to his friend’s party over on the May 24th (2011) weekend. That night, I was drugged and sexually assaulted by him, my friend, and the guy who I trusted to look out for me like I did for him. He left me in the woods alone and stole my phone. I was left to fend for myself.

When I woke up, I was alone, scared, and cold. Afterwards, I still kept him in my life. It felt easier to do so. I kept it a secret from my family and from his friends and family. ‘Why did you do it?’ you may ask. It’s because I was young and stupid. I thought that was what ‘love’ was. Because I THOUGHT I loved him, I gave him a second chance.

Sixteen and a half weeks later, I found out I was pregnant with his baby. I told him as soon as I found out. He called me every name in the book and told me to, ‘Take care of this thing and do it now.’ He also told me I was unlovable and no one could ever love or want me. I told him no, I won’t just ‘take care of this thing.’ This baby did not ask for this life. I did not ask for this to happen to me. I even told him I forgave him for what he did to me.

I’ve never seen him again after that day.

I was a single mom living at home, still in high school. I lost my job from missing too many days due to being sick.

Soon after, I met the sweetest man alive. His name was Daniel and he asked me out on a date and I agreed. That very day, I got really sick. ‘Are you alright? Do you want to go home?’ he asked. I told him the truth as I could not lie to him especially after he was so caring to me. He was a little shocked at first but then at the end of the first date he asked me out for a second date, then a third, then a fourth.

My handsome son Christopher was born on March 13th, 2012. It’s safe to say he singlehandedly saved my life.

To make matters even better, Daniel stepped up to the plate and both willingly and wholeheartedly took on the roll of Dad.

On November 27th, 2019, will be our eight-year anniversary. I could not have asked for a better dad to Christopher, a better best friend, and a better soulmate. Even though I’m overweight, have anxiety, depression, and PTSD, Daniel still loves me exactly the way I am!

On June 21st, 2019, my sister got married. At the ceremony at my other sister’s house, my family and I took pictures and ate cake. I put on an orange dress that day as that’s what my sister wanted. I hated dresses. I was fighting my own emotions that day, feeling hurt. I was haunted by my memories from high school. From my eating disorders days, back when I’d wear dresses every day. It’s the reason I don’t wear dresses now.

But I put on my happy face and tried hard to make it the best day for my sister. We took pictures. That night, when I came home, I was crying as I posted what few pictures I did get of my sister that day. Next, I posted the best picture I had of the both of us on Instagram! Only to take it down shortly after when someone commented that I looked like a ‘great giant pumpkin’ and asked if I had to ‘roll on down’ with my sister down the aisle instead of walking. There were a few more comments that were hurtful. I was already having a bad day, but after being called names, I felt so discouraged.

The sad part is that it was from the same people from high school who I once thought were my friends. The more I sit here and think about all of the mean and hurtful things I could say about them, all the secrets about them I still hold to this day, and even some of the things I’ve heard them say, I COULD go and tell everyone…but I won’t. Because I am a true friend. Because I’m above that.

I won’t be the one to hurt and betray anyone. And you know what? If they ever see this post, I hope they know that I forgive them, just like I did when they hurt me the first time around. Because I’m learning to love myself and my body in a way that I never have, to love myself and my journey the way I am now.”

This story was submitted to Love What Matters by Jessica Ross of Dunnville, Ontario. You can follow her journey on YouTube. Submit your own story here and be sure to subscribe to our free email newsletter for our best stories.

‘I was fat shamed at my husband’s funeral. Just when they were about to put him in the ground, I heard it. It came from across the other side of the casket.’

‘We need to talk about her weight.’ The doctor then looks at her and says, ‘I think you are old enough to start using exercise equipment too.’ ARE YOU KIDDING ME?’ 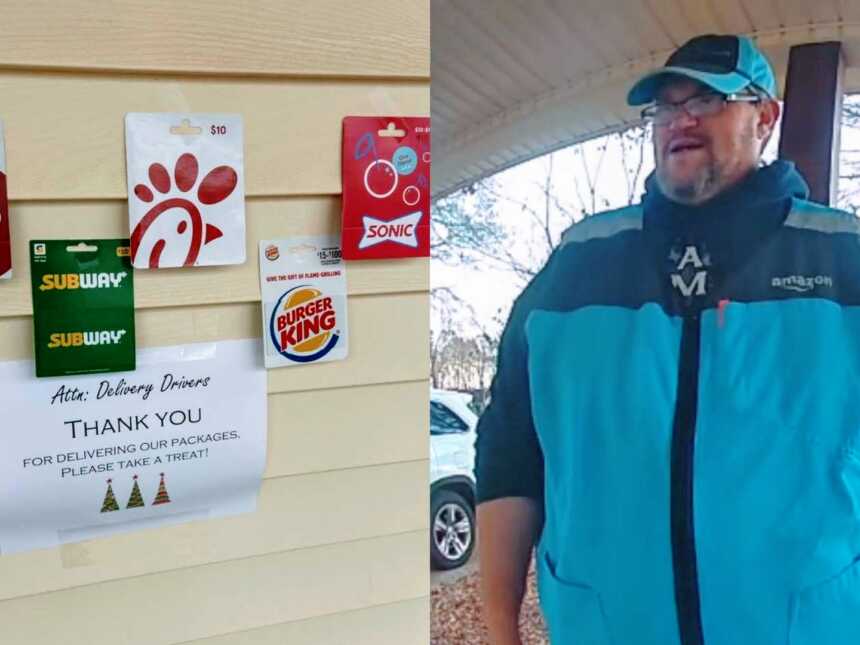